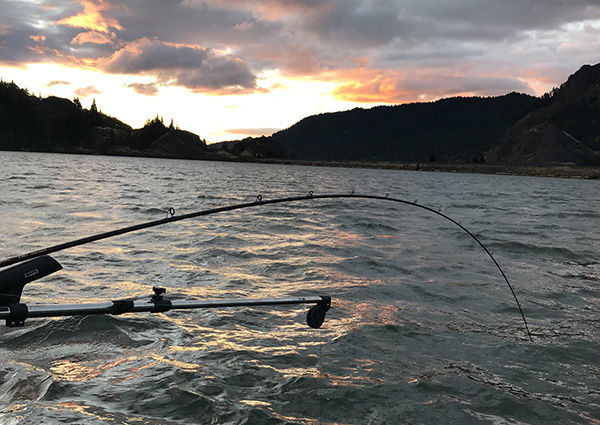 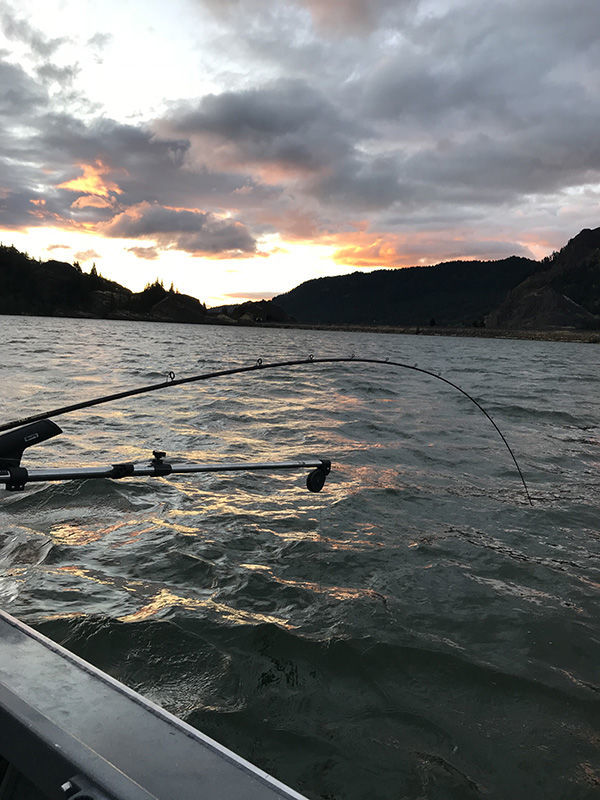 “Don’t it always seem to go, that you don’t know what you’ve got ‘til it’s gone.”

It’s sure good to be able and be out fishing again. I knew I missed it, but didn’t realize how much until last Tuesday, when finally, after weeks and weeks of stay-at-home orders, I was able to go fishing again.

I’m sure there have been times, probably in the fall and winter, when I’ve gone for more than six weeks without fishing, but during that time I was most likely out chasing deer and elk and birds. The point is, I could have gone fishing if I so desired.

Spring time is a time for fishing. Normally, many lakes would have opened on April 1, and the general fishing season opener would have been on April 25. Not this year. Thanks to the threat of the coronavirus, we were ordered to stay at home.

Finally, last Tuesday, we were set free. Albeit with some unusual restrictions, but still, we were able to go fishing.

The last time I was fishing, right before the shutdown, Merle Shuyler and I fished for walleye on the Columbia below John Day Dam. The weather was nice, and, while the fishing wasn’t red hot, we caught a few nice walleye 18- to 20-inches in length. Those are the perfect size for eating.

I contemplated going back there on Tuesday. With nobody pestering the walleye for over six weeks, the fishing there should have been good.

Part of our new world restrictions are requiring anglers to make our outings day trips, staying close enough to home that we aren’t staying overnight in motels or camping someplace. Fishing on the Columbia below John Day, or McNary Dam, is definitely close enough for a day trip.

And I thought about fishing for trout, maybe up at Clear Lake, or at Fio Rito near Ellensburg. The trout were most likely hungry and ready to bite. Again, plenty doable in a day.

The call of the mighty spring chinook won over however. For the past 40 years I have been heading to the Wind River, or Drano Lake to fish for these beautiful, hard-fighting salmon. It’s a bit of a drive and makes for a long day as a day trip, but it can be done. I have done it many, many times.

So that’s where I went.

Spring salmon fishing has often times been described of hours of boredom sprinkled with seconds of sheer terror and excitement. Fishing on Tuesday was typical of spring salmon fishing. Many hours spent on the water with long stretches between bites.

It was different though, too. It was so enjoyable just to be on the water. It wasn’t just about catching a fish. Yes, the spring chinook salmon is an incredible prize, if and when you catch one, but just being on the water, breathing the fresh air, watching the tip of a fishing rod, waiting for the hopefully, inevitable bite of salmon is so appealing.

On Tuesday, fishing with Shuyler, we each had our nice chinook within 45 minutes of getting on the water. The fish were there and in a biting mood.

The next day it was a whole different tune. Merle and I fished for ten straight hours without a tap. Then, within 20 minutes, we caught our one fish per angler limit.

I jumped in and fished with buddy Doug Jewett on Thursday and it took us 13 hours to catch our first and only fish. Then on Friday, we fished hard again for just one fish.

Yes, catching a salmon or two is a really nice reward for spending a whole bunch of time on the water, including providing some of the freshest, finest-eating fish there is for Mother’s Day weekend. But, after not being able to fish for weeks and weeks, it truly was just good to get out.

I’ve talked to several others who took advantage of the weird coronavirus opening day too. Anglers who did go to Clear Lake caught fish. As did those who stayed even closer to home and fished at Rotary Lake.

Tim’s Pond, and the I-82 ponds also provided some pretty good fishing. And I heard that the walleye fishing at Potholes Reservoir was decent as well.

Seeing the boats being towed up and down the highways, and all the boats at Drano Lake, and at the Wind River last week made it almost seem like we were back to normal. Then, when I returned home and saw everyone in masks at the grocery store, and read about the growing number of cases of the virus in our area, it’s evident we have a ways to go before we truly will be back to normal. Whatever normal will be.

Going fishing, hunting and camping is no longer off limits. All of us who enjoy the outdoors are happy about that. It’s a good reminder of not knowing, and appreciating what we have until it is gone.