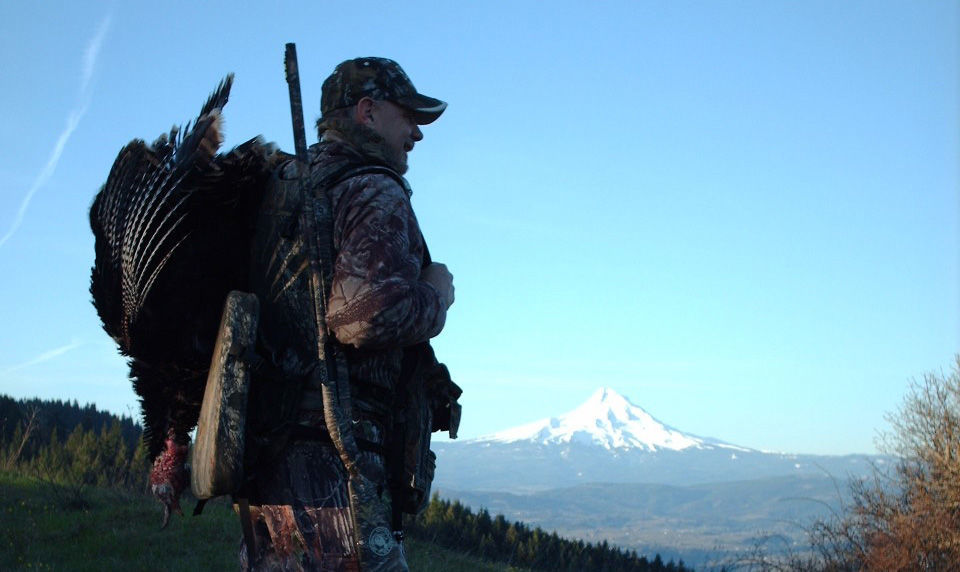 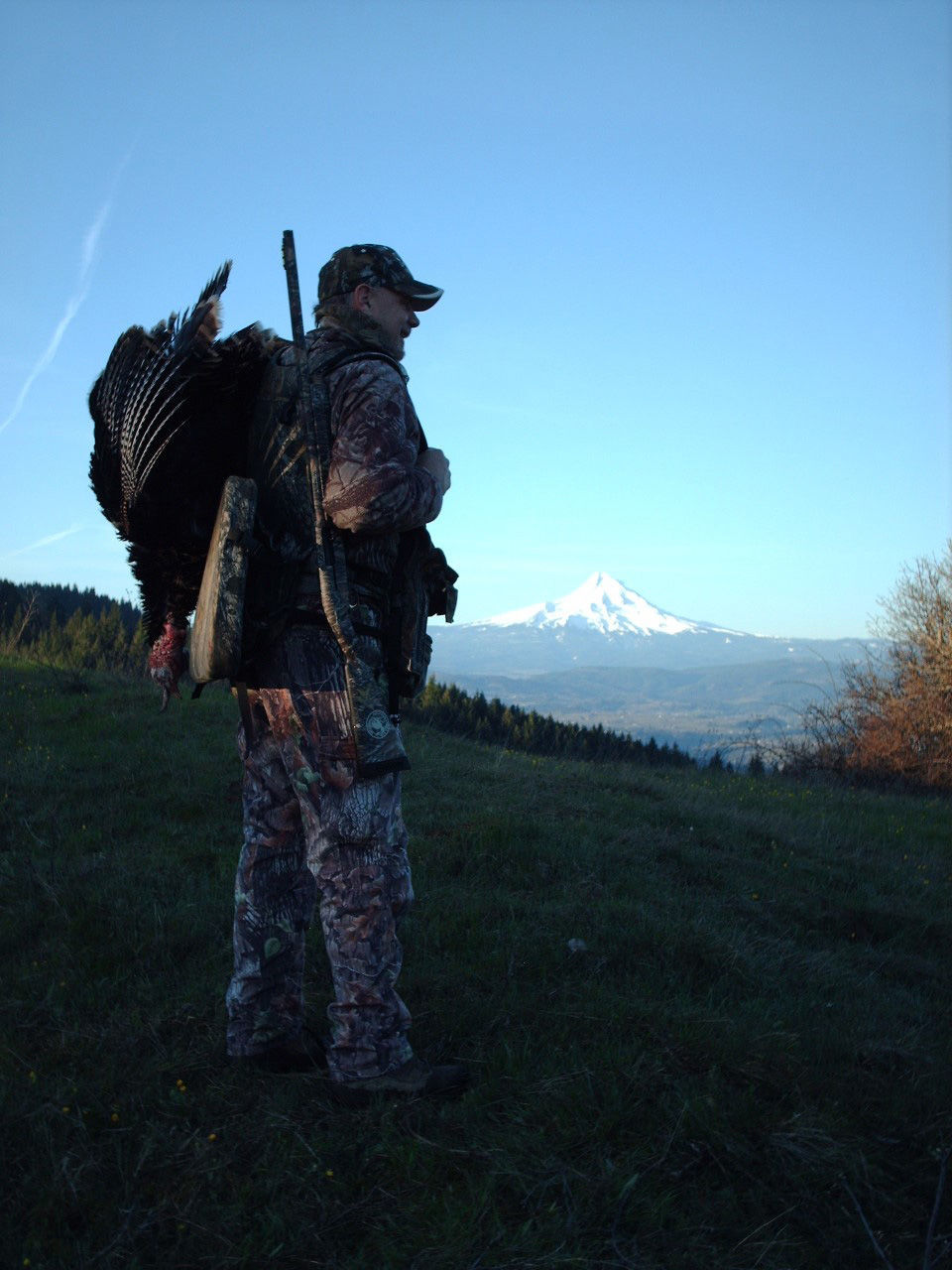 For I-don’t-know-how-many years I wanted to try spring turkey hunting. I would read turkey hunting articles in magazines and talked to the occasional guy who actually hunted turkeys in Washington State and kept thinking how fun it would be to try.

But there was always one little obstacle. Actually, it was a big obstacle. It was the mystic calling of the spring chinook salmon. I love fishing for spring chinook, and back in the day, the springers would start arriving in good numbers around the 15th of April. That just happens to coincide with the opening of turkey hunting.

So, given the fact that I sort of knew how to fish for springers, and knew very little about hunting turkeys, the fishing always won out.

Then some things happened. First, I got invited to hunt turkeys in Mississippi in March one year, and, under the tutelage of a couple of good ol’ southern boys, I was able to bag my first bird. The hunt was textbook, with the guys calling the tom turkey, gobbling all the way, to within easy shotgun range.

Bang. I was hooked.

The other thing that happened, not over night, but over time, is the peak of the spring salmon run started arriving later and later. Now, with their late April, early May surge over Bonneville Dam, a person so inclined can go chase turkeys for a week or even two, and still get in on the best part of the salmon fishing season. The best of both worlds in my book.

Which is exactly what some of my buddies and I have been doing. And through plenty of trial and error, and with assistance from turkey hunting aficionados like Dan McKimmy, I have had the chance to put my turkey tag on several fat toms over the past six or eight years.

Out of the many things I have learned about hunting turkeys one thing you can be sure of is it is never easy. Sure, you can set up on some birds the first morning of the season and have a big tom strut right into your calls. And the hunt will be over in an hour, or less. But even if that does happen, chances are a bunch of work went into that successful hunt.

So, with the feeling of spring in the air, and with turkey hunting season approaching, there are a few things that can be done now, and in the weeks ahead, to give a spring turkey hunter a better chance at bagging a bird.

It seems like it might be a bit early to start scouting, because it is a pretty good bet the birds you see now, will not be in the same places come the middle of April. But they at least will be somewhere in the vicinity.

Just knowing there are birds around will give you hope. It also will give you an idea of where you might knock on a few doors to try to get hunting access. Some folks actually think of turkeys as a nuisance, and if you offer to thin out the flock a bit, and maybe push the birds somewhere else, they just might be happy to allow you to hunt.

The other advantage of seeing where the birds are now is you can start looking for public lands in the vicinity where you might finds some birds in a couple months. Turkeys like to be near water, big firs or pine trees for roosting, and in places like down in Klickitat County, they like to be near oak trees. Get a mixture of those three and it is a good bet there will be turkeys around.

Up north of Spokane, where turkey populations are the highest in the state, if you have good roosting trees, a water source and some open meadows where the toms can strut, there’s a good chance turkeys will be there too.

Now is a good time to start practicing your turkey calling. But you might want to do this someplace other than home. My wife, and my dogs, start howling when I get into my clucking and purring. Not only does that hurt my feelings, but it really cuts into my confidence. So my turkey calling practice happens in the car, where no one will get upset.

And it is not too early to get your turkey hunting equipment out and give it a once over. Make sure the shotgun will shoot where you want it to. Go through your vest and check to see that your facemask, gloves and other necessities are still in there. I also like to get my turkey hunting camo clothes out and give them a good spray down with permethrin.

The permethrin is used to keep ticks away. It comes in a spray bottle, and to be used effectively it should be sprayed on clothes, never skin, in advance of hunting. Apply the spray outdoors and hang the clothing to let dry for at least two hours. A treatment will last up to six weeks and is great at keeping ticks off.

Turkey hunting, walking and sitting in brush, in the spring as the weather is warming, is the perfect invitation for ticks to jump on board. Since I have been using this treatment on my hunting clothes, I’ve not found one tick on me.

Hunting our biggest game bird is never easy. But it is always fun. If you’ve thought about hunting turkeys, there is no better time to get started.