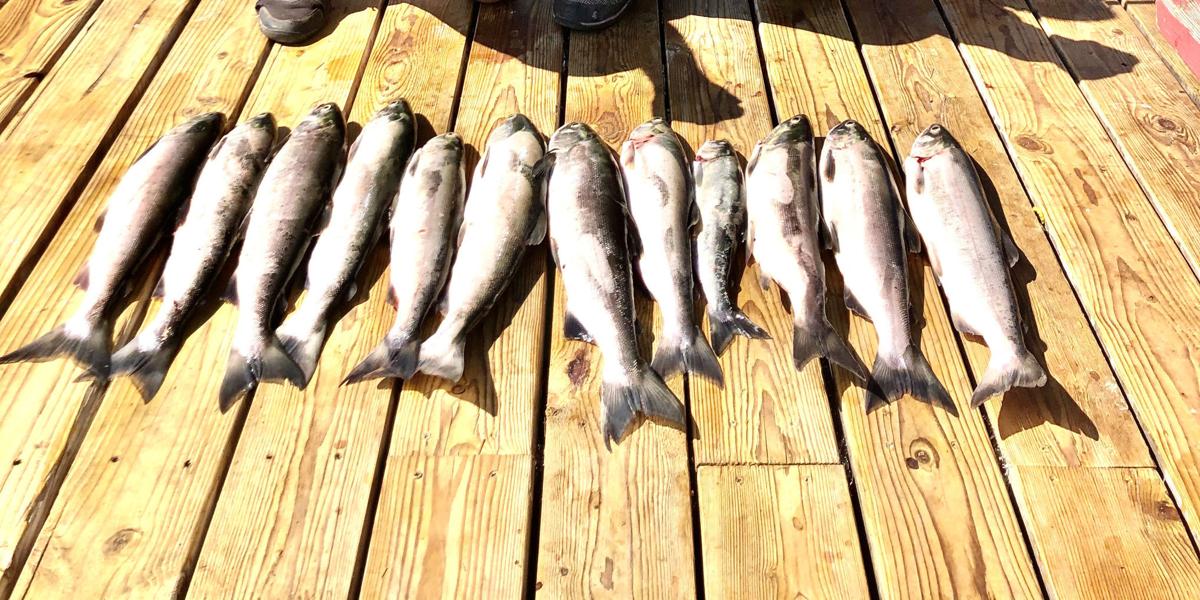 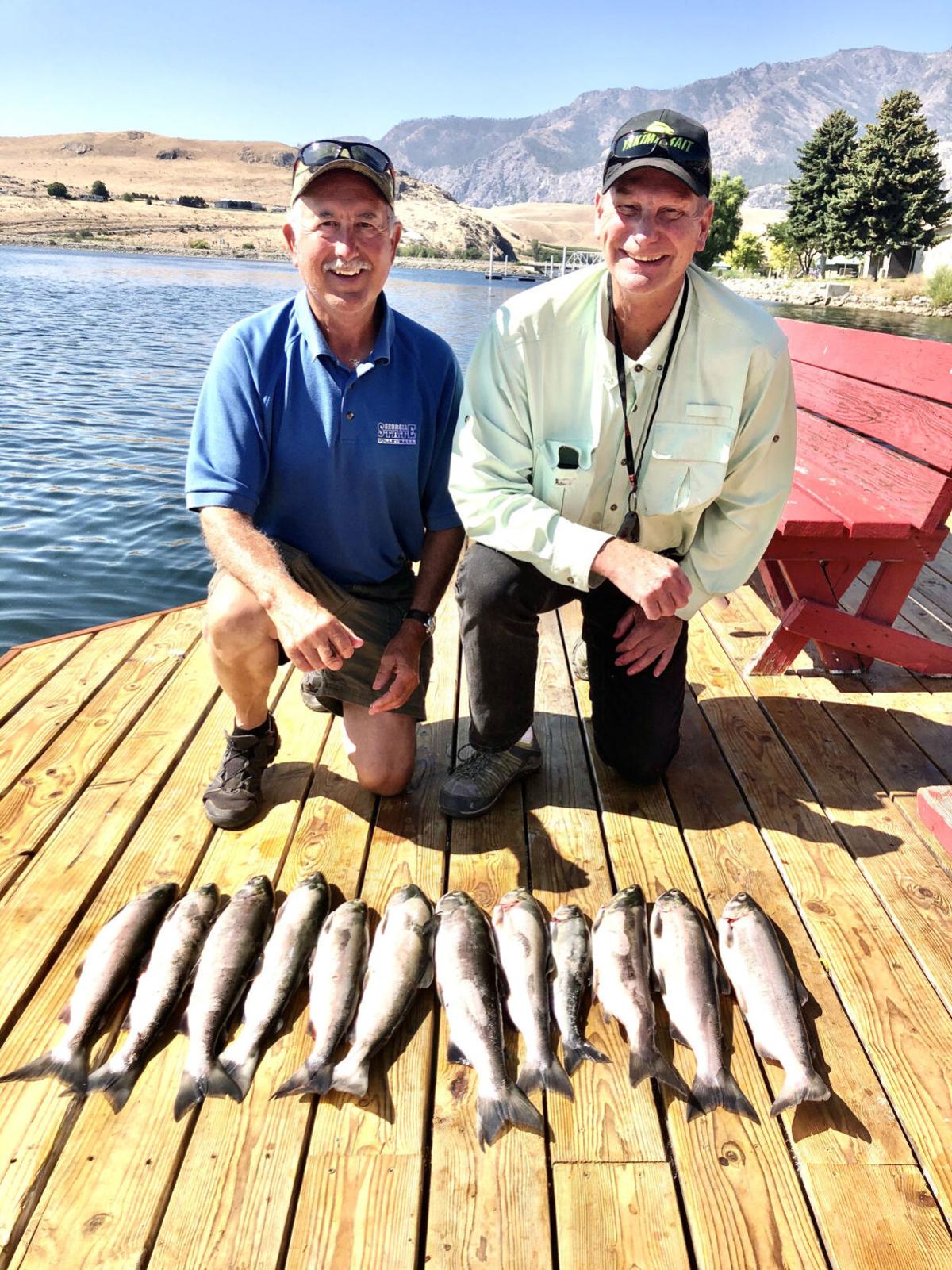 As the year quickly winds down, it is going to be really nice to have 2020 in the rear-view mirror. That being said, even with all the pandemic craziness, many of us enjoyed some fun and successful days in the outdoors this year.

Early in the year, before any of us even knew what COVID-19 was, there was some waterfowl hunting and late season upland hunts with friends and our dogs.

In February, after spending time at the Central Washington Sportsman Show talking to friends new and old, Greg Wilson and I headed to Lake Roosevelt and found some pretty good fishing for big triploid rainbow trout and extra-large kokanee.

In March, as the word of the pandemic starting to spread in Washington, it became apparent to many of us who love to be outdoors that there could be no safer place to be. So, friend Merle Shuyler and I spent several days fishing for walleye on the Columbia River. Our last day on the river was March 21, the day before Governor Inslee shut down everything, including hunting and fishing.

The ban on outdoor activities lasted until May 4. On May 5, it was off to the Wind River for a crack at a spring salmon. To say the fishing was crazy good would be a bit of an understatement. Most anglers on the river had limits of fat springers in short order. It was weird seeing many anglers fishing alone, or with one other person, but everyone was definitely being cautious as we all learned what was going to keep everyone safe.

Later in May my sons Kyle and Kevin and I enjoyed some good fishing for landlocked coho salmon at Riffe Lake. Then, after some 400,000 small triploid trout were put into Riffe, the fishing for the coho dropped off, because you could hardly get your line in the water without having the 8- to 9-inch trout grabbing your lure.

In July my wife Terri and I went with friends Greg and Erin Wilson to Tenakee Springs, Alaska to fish for salmon and halibut. After passing COVID tests and protocol, allowing us to travel to Alaska, we arrived to enjoy some incredible fishing and sight-seeing.

July also brought with it a larger-than-anticipated number of sockeye salmon returning to the Columbia. Over a couple trips to Wanapum Dam and Brewster, we caught limits of the really good-eating fish.

The sockeye fishing in the upper Columbia continued to be fast and fruitful into August, and several friends and I made a few more trips to Brewster to get in on the catching.

Later in August I joined friends Doug Jewett and Chris Daniels for some salmon fishing at the famed Buoy 10 at the mouth of the Columbia. The catching wasn’t great, like it can be on some years, but we still caught some beautiful bright fall chinook salmon.

After a really fun dove hunt on September 1, I headed down to Drano Lake to fish with Jewett and Daniels for fall chinook there. Over two different trips, including spending several days in what was some of the worst smoke we’ve ever encountered, we caught limits of fat chinook.

October brought the opening of hunting seasons, including some upland bird seasons in eastern Montana. Montana at the time had very few cases of COVID, but we still took all precautions to help keep the virus at bay. There were lots of birds and our small group from Yakima had a great trip hunting with our dogs. Unfortunately, my hunt was cut short when my black Lab Bailey came down with an ear issue that needed medical attention.

After Bailey was cleared to hunt, she and I hunted several times around the valley with varied success. Pheasants were few and far between, but there were enough quail around to keep us motivated and out enjoying the beautiful fall weather.

In November, Bailey and I kept after the birds. Then, mid-month, Wilson and I headed to Central Montana to assist my son Kyle and a couple of friends in a deer hunt. This was the first year in a decade that we hadn’t been drawn for a tag, but spending the time there with my son made the long drive worthwhile.

Also in November Bailey and I got out for her first ever duck hunt over decoys when Larry Pryor invited us to hunt with him at his duck club in the lower valley. We shot a few ducks and even chased some pheasants.

December brought a couple more bird hunts in the valley, and the week before Christmas Wilson and I headed back up to Roosevelt in search of the trophy kokanee there. In two days of fishing, we had no luck with the kokanee but we did catch several really nice triploid trout.

Tomorrow the old saying “hindsight is 2020” brings new meaning. I’m guessing we’ll all be glad to have this most unusual and sometimes tragic year behind us. Thankfully, there was the chance to enjoy the outdoors. It brought just a little bit of normalcy to what has been a very strange year.