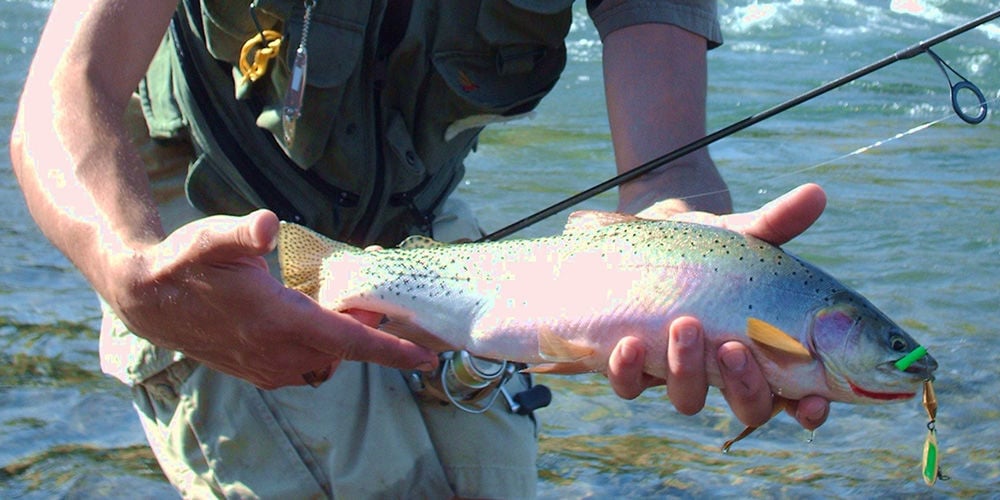 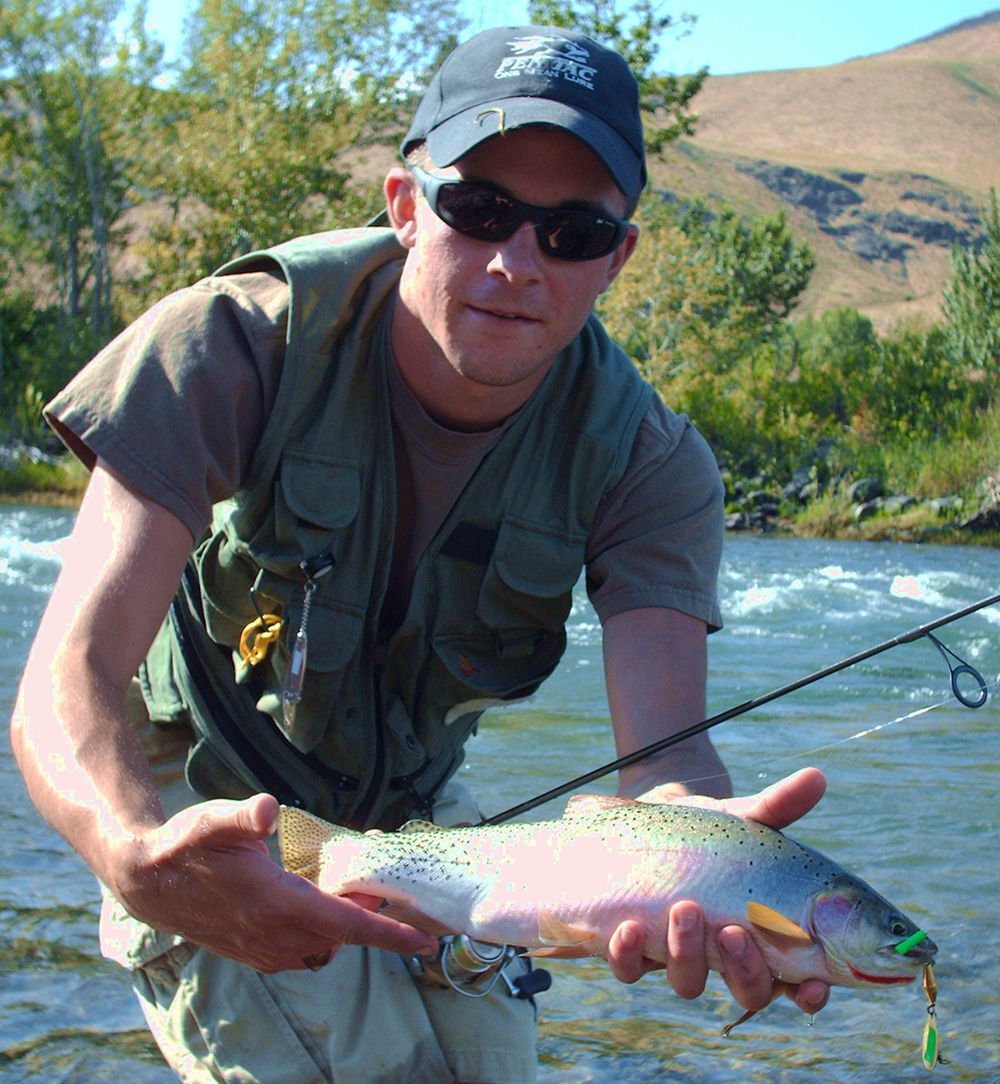 During these hot summer days there is something to be said for throwing on a pair of shorts and some old sneakers, grabbing the spinning rod and heading to one of our many local streams for a little trout fishing.

As anglers we are pretty lucky to live here in the Central Washington area. This time of year, during the heat of the summer, one of my favorite things to do is head up into the mountains and fish one of the streams in the region.

Anyone who flyfishes knows that the upper Yakima River is an excellent trout fishing stream, but there are a number of other streams in the area that also provide some very good trout fishing, and not just with a fly. And now, when the temperatures are pushing triple digits, a great way to cool off is to head up to White or Chinook Pass, and do some wade fishing in one of the streams that flow out of the Cascades.

The Tieton, Naches, Bumping, Little Naches, and Rattlesnake offer all kinds of places for an angler to step into the cool waters and drop a fly or lure behind a rock and hook a hard-fighting trout or two.

As is the case with the Yakima, each of these streams have certain regulations regarding the use of bait, catch limits and size limits, so be sure to check the rule book for whatever river or creek you are wanting to fish.

Both the Tieton and Naches Rivers follow state route highways, and along both highways there are many places for anglers to pull off the road and do some fishing. But be sure you are in fact on public access sites to the rivers. There are also many of private owners who have land and homesites along the rivers, and permission must be obtained before venturing down to the water to fish in those areas.

Higher up, on the Little Naches and Bumping, there are even more places for anglers to access the streams.

On all the streams the trout are pretty eager to take a fly or a small lure, giving both fly casters and spin casters a chance to enjoy some successful catching.

One of my favorite ways to fish the local streams is to take a few small spinners and work the different holding spots. Pitching a brown or black Rooster Tail or Vibric Rooster Tail into some of the deeper holes will frequently produce strikes. Flip the little spinners three quarters upstream and allow them to drift down the river. As soon as the lure drifts just downstream of you, pick up the rod tip--this will get the lure blade spinning. Then allow the lure to swing back across the stream to below where you are standing. Sometimes fish will hit when the lure is drifting down river, but more often a trout will strike as the lure makes the swing across below you. If nothing hits on the swing, slowly reel the spinner back towards you upstream. This will also entice strikes.

Toss the spinner behind big rocks, or into cuts in the bank on either side of the river where fish will naturally hold and wait for food to come by. And don’t be afraid to throw out into the riffles. These spots on the river are rich in oxygen and offer good overhead protection from birds of prey, so trout will often times prefer to hold there.

Fly casters using floating line and dry flies will have good luck too, especially this time of year when insects are both hatching in the river, or are falling into the streams.

Just about any good top water fly will usually entice strikes from the hungry trout. Anything that imitates a mayfly, blue dunn, grasshopper or even an ant will often be slurped up by the feeding fish.

Casting the fly out and allowing it to drift down stream will get strikes, but sometimes just skating the fly on top of the water down below the angler is all that is needed to get a fish to come up for the fly.

Again, all of the streams have hungry trout lurking, and it is not uncommon to catch and release a dozen or more during an evening of fishing.

These waters also hold bull trout, or what the old timers called dolly varden, so make sure you identify what you catch. Bull trout are endangered and protected by law so they must be released if you happen to catch one.

Another word to the wise, on these hot days rattlesnakes will often be found along the edges of the rivers, so just be cautious and watch where you step.

Our 90-degree days are a great time to retreat to the higher elevations of the Cascades. And doing some wade fishing for trout in one of the many mountain streams can be fun, productive and really cool!