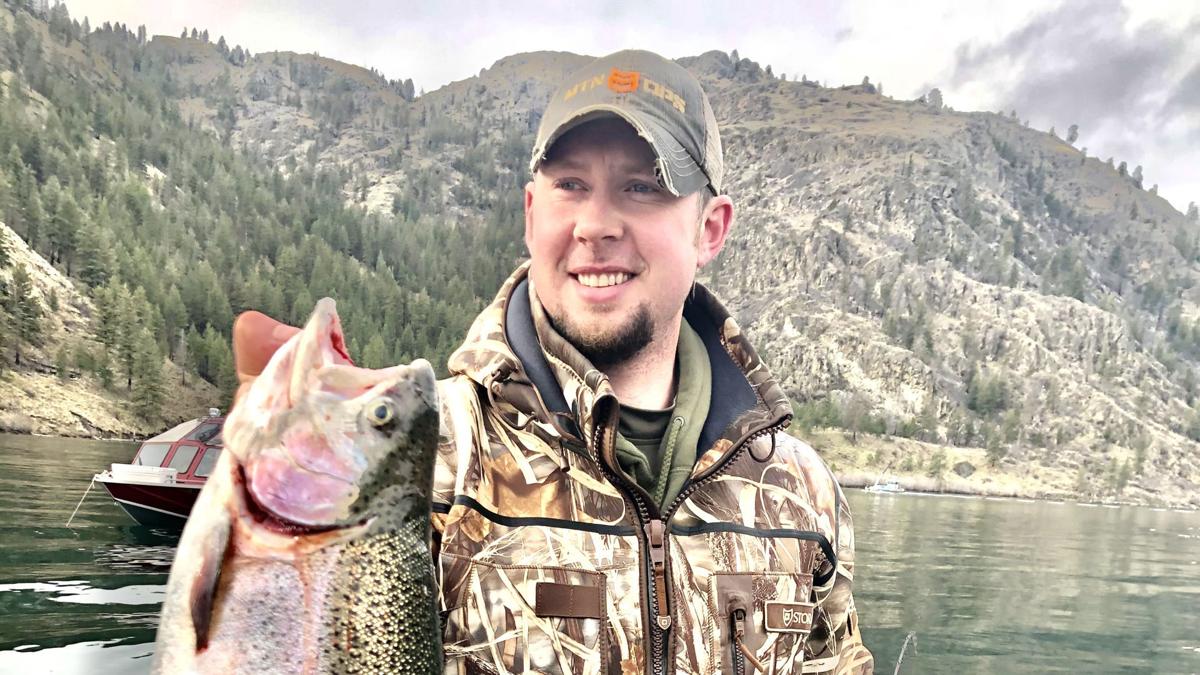 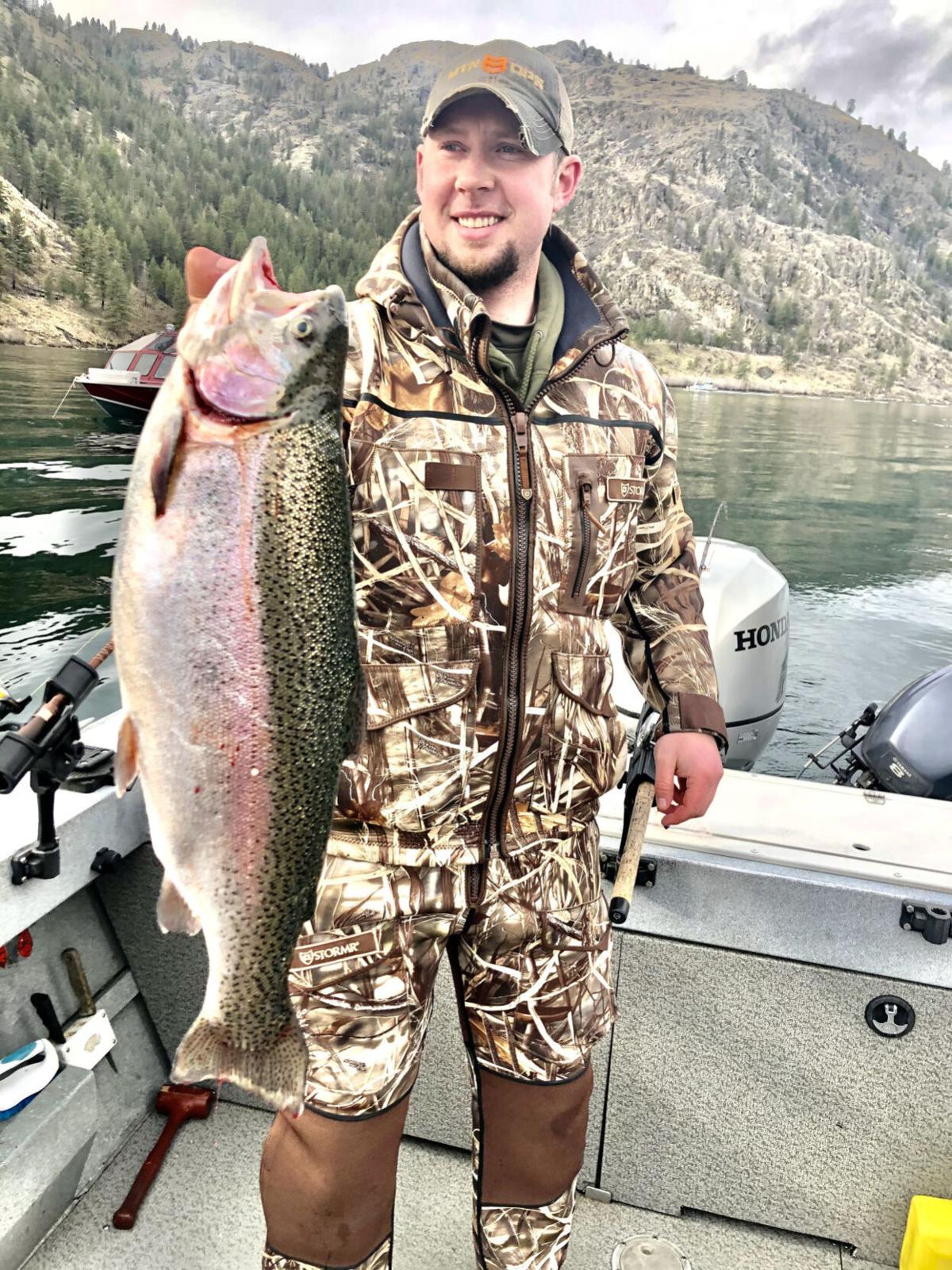 Many folks who are enjoying the outdoors at this time of the year are doing so with a shotgun in their hands. We’re in the middle of a monthslong upland and waterfowl season and while it has been a challenging one, the bird hunters who are getting out there and working at it are finding some pheasants, chukar, quail, ducks and geese.

Fall is not always regarded as the best time to do some fishing, but there are definitely some opportunities out there now. And there will be even more chances to catch some fish in the near future.

It was maybe a dozen years ago or so when my friend Buzz Ramsey asked me what I thought about trying to get the Department of Fish and Wildlife to plant some lakes around the state right before Thanksgiving to create a special Black Friday fishing event.

Ramsey, who is well known as one of the region’s top promoters of fishing, thought doing a special planting, and/or season, would give anglers who weren’t all that interested in fighting the shopping crowds on Black Friday another outdoor option.

He approached a friend with the WDFW in Vancouver and they set up a special fishery for a couple lakes in that region. It was such a hit, Department officials rolled out the program around the state and now there are several lakes that are planted just for Black Friday, including Elton Pond, just off I-82 near Selah.

Elton Pond has long been a winter fishery lake, and used to open on Dec. 1. But now, with the Black Friday promotion, it opens on the Friday after Thanksgiving.

There are other options too, for some good fall fishing. Most are not as close as Elton Pond, however.

I talked with Jim Carpenter of Jim’s Flies in Sunnyside, and he said the trout fishery up at Lake Roosevelt has started to heat up. He and a couple friends fished the big reservoir several days ago and they had no trouble catching their five-fish limits of hatchery triploid trout.

“They are nice fish,” Carpenter said. “They’re running from 17-inches up to 22-inches. It’s been pretty good for the last two weeks.”

He said they were fishing up near Fort Spokane, which is about mid-lake and they were having the best luck trolling Jim’s muddlers, with a spinning blade ahead of the fly. Most of the fish, he said were fairly shallow.

Carpenter also said he has heard reports of a few big kokanee being caught at Roosevelt, down near Keller Ferry. But it sounds like the catching is still pretty sporadic.

As the temperatures drop, it is likely that the fishing for both rainbows and kokanee will get even better, and anglers should start finding them in the lower part of the reservoir, near Spring Canyon and Swawilla Basin.

Last year there was an incredibly good trout fishery at Rufus Woods below Grand Coulee Dam. Anglers fishing around the two sets of upper net pens were catching big triploid trout up to ten pounds, with many of them averaging around five pounds.

It’s yet to be seen if that fishery will be as good as last year, but a couple of guide friends are banking on it.

Some launches at Rufus Woods were closed due to the pandemic last year, but at least one launch, at Seaton’s Grove stayed open. Hopefully this year more launches will be open to give boating anglers some options for getting on the river.

The fishery for the fat triploids usually runs through until February or March.

Another less popular option up in that area, but one that is worth a try, is to troll for rainbows at Banks Lake. There are definitely fewer trout in Banks, but very few people fish for them in the late fall and winter, so the chances are good.

There are other species in Banks that are worth pursuing as well. Walleye fishing in the fall can be excellent there, and when it really gets cold, a fishery growing in popularity is one that targets the white fish in the lake. Most of the white-fishing is done at the upper end of the lake, at night, but it can be really good.

Another fall walleye fishery that can be good is at Potholes Reservoir. Finding some deeper holes, 40 to 60 feet deep, and jigging a blade bait, or a jig tipped with a worm, can be really productive. And, don’t be surprised when the fish that grabs the jig is a big rainbow. They’re hungry, too, this time of the year.

Just because it is hunting season, it doesn’t mean you have to store the fishing gear for the year. If you have a hankering, there are several good options now to catch a few fish.