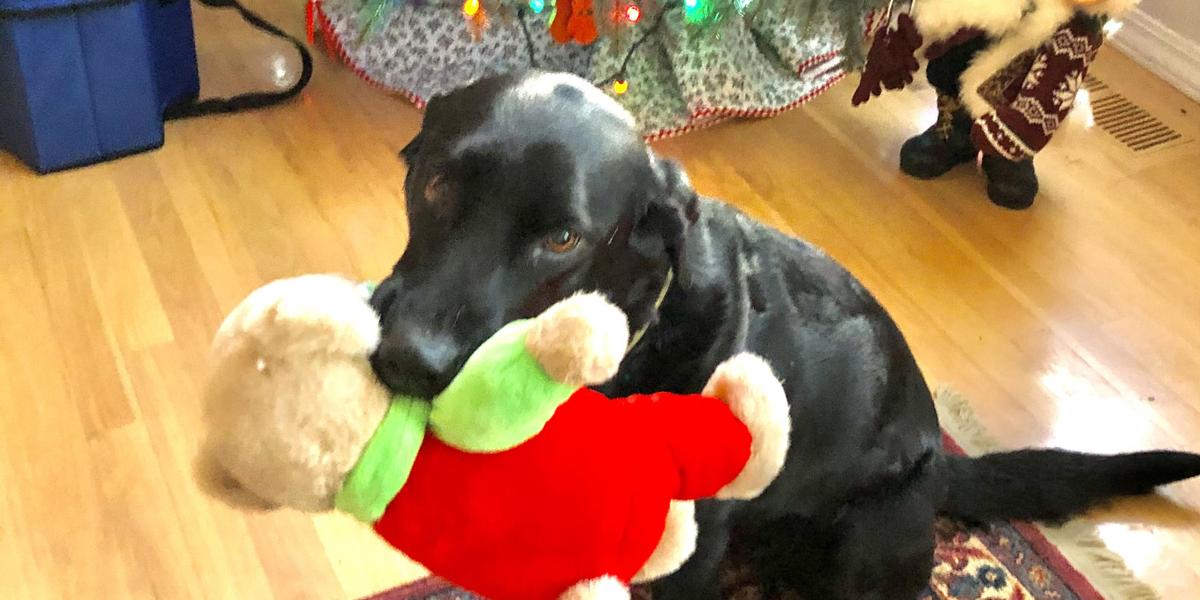 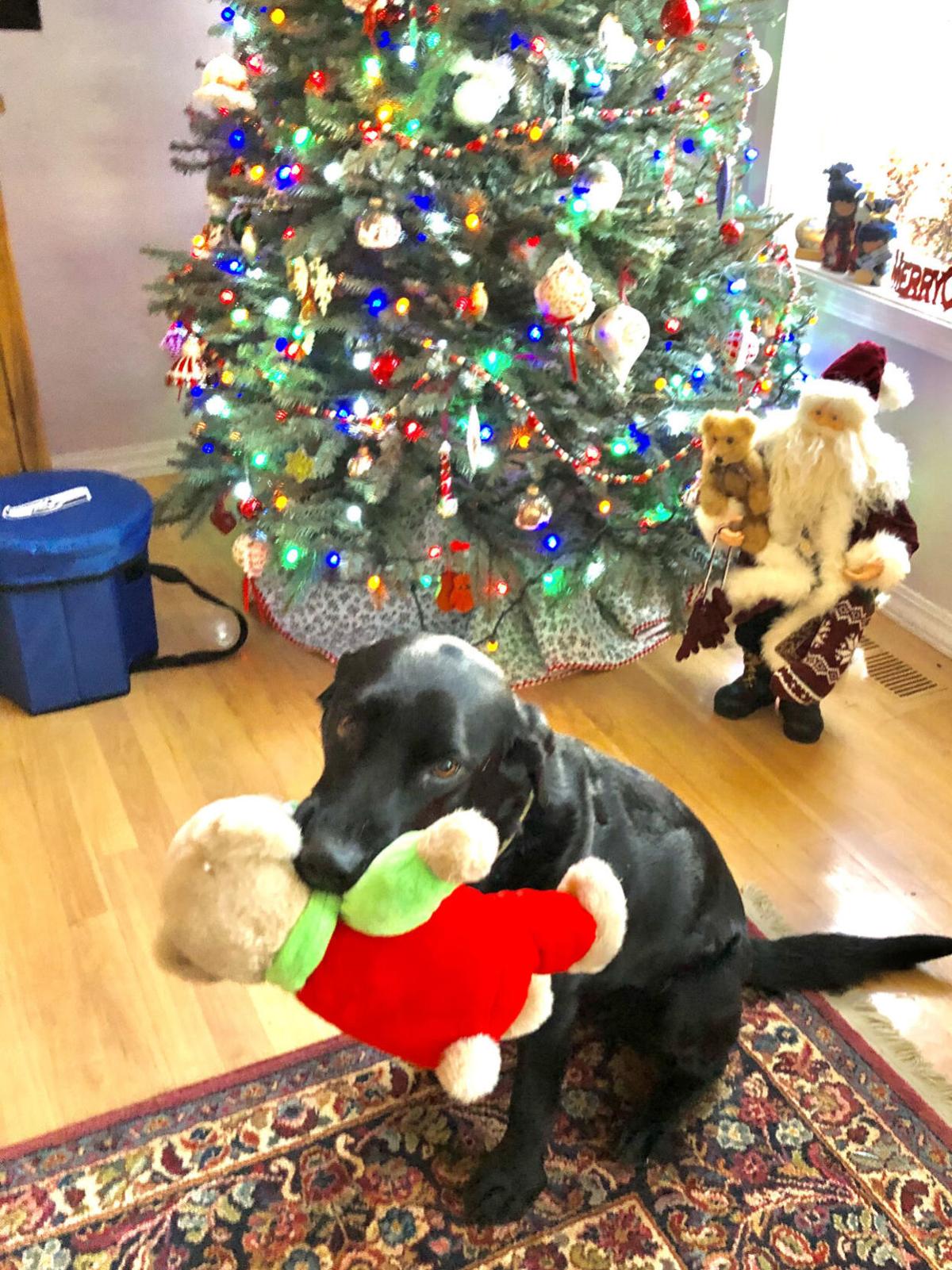 Over the years I have heard some funny stories about dogs partaking uninvited in the holiday goodies at Christmas time. Left alone in the house where cookies, candies and other baked goods sit tantalizingly close by on a table or kitchen counter, or so the stories go, the family pooch figured out how to get up and grab some for themselves.

Luckily, our dogs have never figured out that option, but with my black Lab Bailey’s ability to jump up on a 6-foot wall with little effort, getting to food on the counter would be literally a cake walk. Bailey, thankfully, is not food motivated, an unusual trait for most Labs. You can place a pile of steak scraps in her bowl and she might just walk over, give them a quick smell, and wander off to lay down.

All my other Labs would have gobbled the scraps up without even chewing or tasting them, and start snarfling around for more.

My son Kyle has a black Lab, Cali, that over the years has gotten into several food AND drink items that were not meant for her. Kyle came home one day and Cali had gotten into a case of protein shakes which she opened, drank and made a mess all over the living room carpet.

Over the years Cali has gotten up on the counter and dined on instant potato buds, a box of dry oatmeal, several cubes of butter and once, while a friend was watching her (not closely, evidently) Cali devoured a whole bag of cat food. Kyle and Cali spend most Christmases with us, but knowing her ability to forage for goodies, even at elevation, we’ve been particularly careful to keep the cookies out of reach.

I have a couple friends whose dogs have helped themselves to the Christmas pies when they were at Christmas Eve church services. Another friend had a dog snatch several plates of freshly baked Christmas cookies off of the counter, and politely shared them with the other two dogs in the house.

Most of our Christmas dog incidents have occurred around the Christmas tree when our snoopy dogs decided to check out the newly erected fir tree in the front room. You get a happy Lab’s wagging tail anywhere close to the ornaments on the limbs of the tree and there’s going to be an issue.

When Terri and I first got married, we bought two big boxes of glass Christmas ornaments. Over the years the number of those ornaments has slowly diminished, mostly due to dog tails batting them to the floor.

And, while she’s not a big eater, Bailey does enjoy the occasional destruction of a stuffed animal. Terri has several stuffed Christmas teddy bears she likes to display during the holidays. I haven’t counted, but I believe she’s down at least two, and if she hadn’t caught Bailey sneaking off with one the other day, we’d have had another casualty.

Our only Christmas food kerfuffle with dogs eating what they weren’t supposed to came one Christmas eve when our yellow Lab Tessa was just six months old. It was very cold that Christmas, so we decided to leave the dogs in the house, behind a kiddie gate in the laundry room, while we met at a family gathering.

Now, most of the time the dogs were quite content to lay on their overstuffed beds there, napping until someone came home. But on this Christmas eve, the scent of chocolate must have been just too tantalizing, and Tessa went to check it out.

Without thinking the dogs would or could smell them, we left a bag of fun-sized Three Musketeers bars wrapped as part of a gift under the tree, several hundred feet from where the dogs were dozing. When we got home later that evening, sitting on the couch, wagging her tail and smiling happily at us was Tessa, surrounded by torn shreds of Christmas wrap and bits and pieces of shiny silver candy bar wrappers

Upon further inspection we found she had eaten every one of those mini-candy bars, and by doing the math, had determined that several of them had probably been eaten wrappers and all.

“Dogs aren’t supposed to eat chocolate,” Terri said to me, surprisingly more concerned than mad at Tessie for the mess she had made. “Do you think we should call the vet?”

“Let’s just wait and see what happens,” I said. “I’m guessing she will be okay.”

Although, that wasn’t the last we saw of the candy wrappers. It seems metallic wrap doesn’t digest very well, and for about a week after Christmas Tessa would deposit a few shreds of the wrapper here and there around the yard. Even though there was no snow for Christmas that year, our backyard sparkled like moonlight on new fallen snow.

“Why, is our backyard sparkling?” Terri asked as she looked out the back window a few days after Christmas.