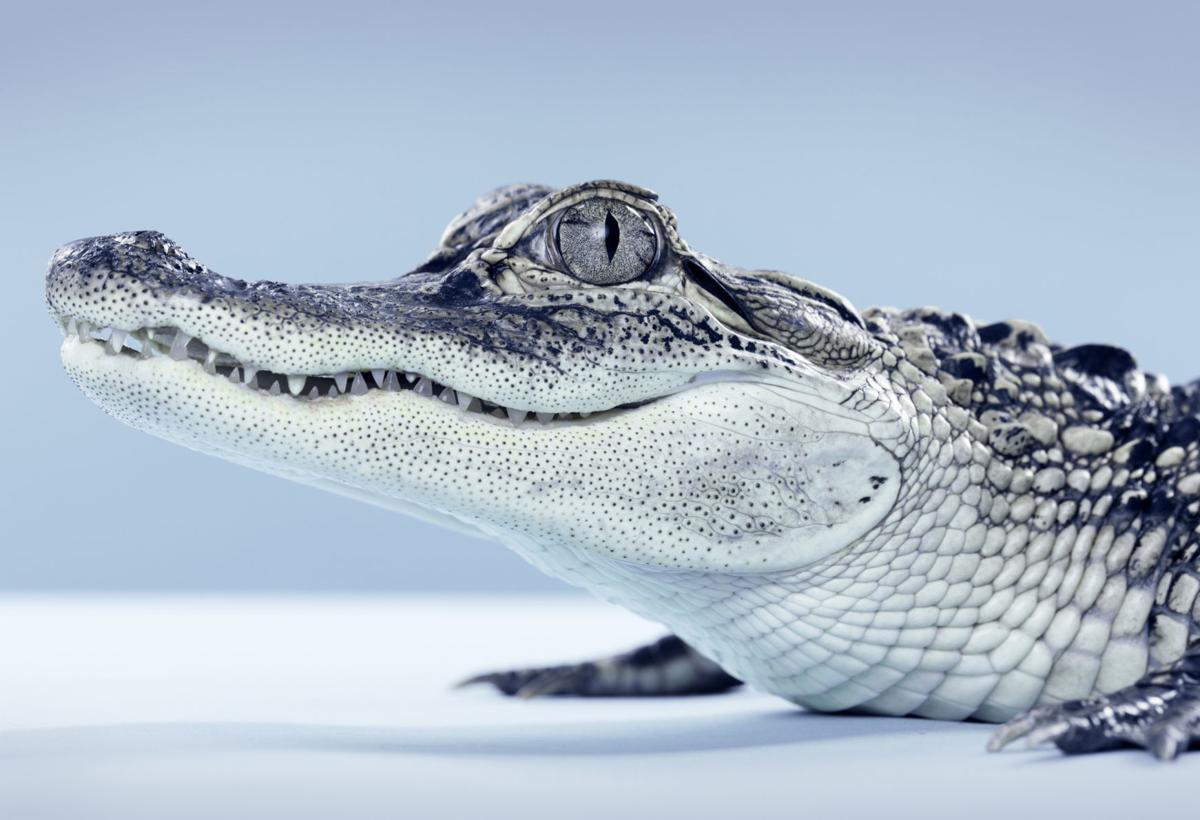 Boots a baby alligator is one of the many creatures Nick Jacinto -- known as 'Nature Nick' -- will bring to this weekend Central Washington Sportmen Show in the SunDome. (Photo courtesy Nick Jacinto) 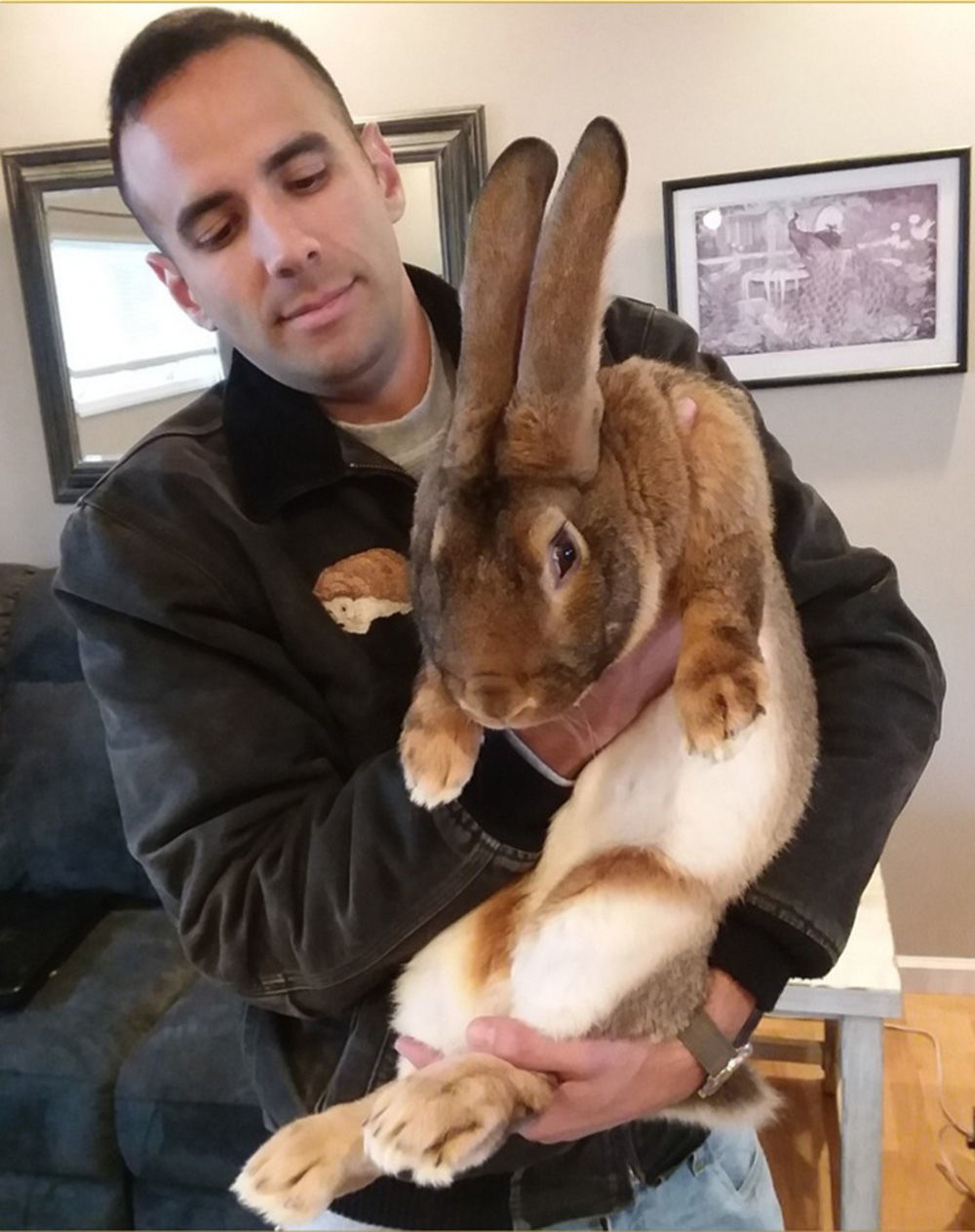 Boots a baby alligator is one of the many creatures Nick Jacinto -- known as 'Nature Nick' -- will bring to this weekend Central Washington Sportmen Show in the SunDome. (Photo courtesy Nick Jacinto)

YAKIMA, Wash. — A Flemish giant rabbit named Meatloaf, an African hedgehog named Sprinkles and a keel-billed toucan known at Bananas will be among the featured guests at this year’s Central Washington Sportsmen Show in the SunDome.

They’re all traveling to Yakima for the first time with “Nature” Nick Jacinto, a Long Island, N.Y. based exotic animal trainer. Jacinto said he puts on around 300 shows annually around the country, primarily on the East Coast, and this will be his first trip to Washington.

“I encourage people to come looking for a good time, not looking for a dissertation or a boring experience,” Jacinto said. “Come ready to be entertained and educated at the same time.”

Three 25-30 minute shows of “Nature Nick’s Animal Adventures” are scheduled for 2:30 p.m. and 4:30 p.m. in the southeast corner of the SunDome on Friday, as well as 11:30 a.m., 1:30 p.m. and 3:30 p.m. on Saturday and Sunday. In between shows the trained animals will be on display and available for pictures, and Jacinto said many of them can be touched, although he noted it’s “not a petting zoo.”

Representative for various places across the world include Meatloaf, a member of the world’s largest breed of rabbit from Europe, and King Arthur, a blue-crowned pigeon whose species comes from Southeast Asia. Toucans like Bananas live in Central and South America, while hedgehogs such as Sprinkles are endemic to northern Africa.

However, virtually none of Jacinto’s animals have ever been to their native lands, since most of them have been raised in captivity and were donated to him either from zoos lacking the resources for care or wildlife departments that confiscated the animals from illegal owners. Jacinto’s exotic animals live either in his facility on Long Island or a winter spot in Florida, and he emphasized the importance of providing quality care.

“We have a vested interest in our animals,” Jacinto said. “Some of them are truly irreplaceable.”

His agent contacted the sportsmen show’s producer, Merle Shuyler, who’s always keen to bring in new featured guests for his three shows in Yakima, the Tri-Cities and Wenatchee. Shuyler said many acts don’t want to drive all the way out to Washington and every year it becomes more difficult to find something unique.

So when he checked out Jacinto’s website and watched a few of his appearances on TV shows such as Good Morning America, The Today Show and Fox & Friends after learning the show would travel all the way across the country, it seemed well worth taking the chance. Shuyler also appreciates the show’s educational aspects, a specialty of Jacinto since he holds degrees in elementary education and special education.

“I try to find something that’s good for the whole family,” Shuyler said. “Through the years you can tell what’s family-oriented because you look in the bleachers and every other person’s a little kid.”

Jacinto will perform in Yakima before moving on to next weekend’s Wenatchee Valley Sportsmen Show. He said while his group of animals certainly wouldn’t be considered one of the largest, it’s one of the country’s most diverse traveling shows with all kinds of animals, including a baby gator and some non-poisonous snakes.

A 24-foot climbing wall from Vancouver-based Ascending Adventures will be available at the sportsmen show for the first time after poor weather and personal issues kept its owner from making the trip a year ago.

Shuyler said the Yakima Bait Yard Sale will return following a successful inaugural year, featuring several products available at special discount prices for all three days of the show. Plenty of other businesses and sponsors are scheduled to appear with special deals.

As always, the Horn and Antler competition will fill the east side concourse with trophies up for this year’s prizes as well as old entries. The 2020 Tour of the Northwest Big Game also returns, featuring the state record archery non-typical mule deer buck shot by Naches’ Jake Fife in 2017.

Saturday brings the 12th Annual Trout Races in the casting pool at the south end of the SunDome on Saturday at 3 p.m. Fly casting demonstrations will be conducted in the pool several times daily and young anglers can take part in the KXDD Casting Contest at 1 p.m. on Saturday.

Plenty of other activities will be geared towards kids, including free fishing at Lunker Lake all day Sunday. The Central Washington Weight Pullers plan to once again host a free dog weight pull, held just outside the SunDome on the building’s south side.

For more information, go to shuylerproductions.com.