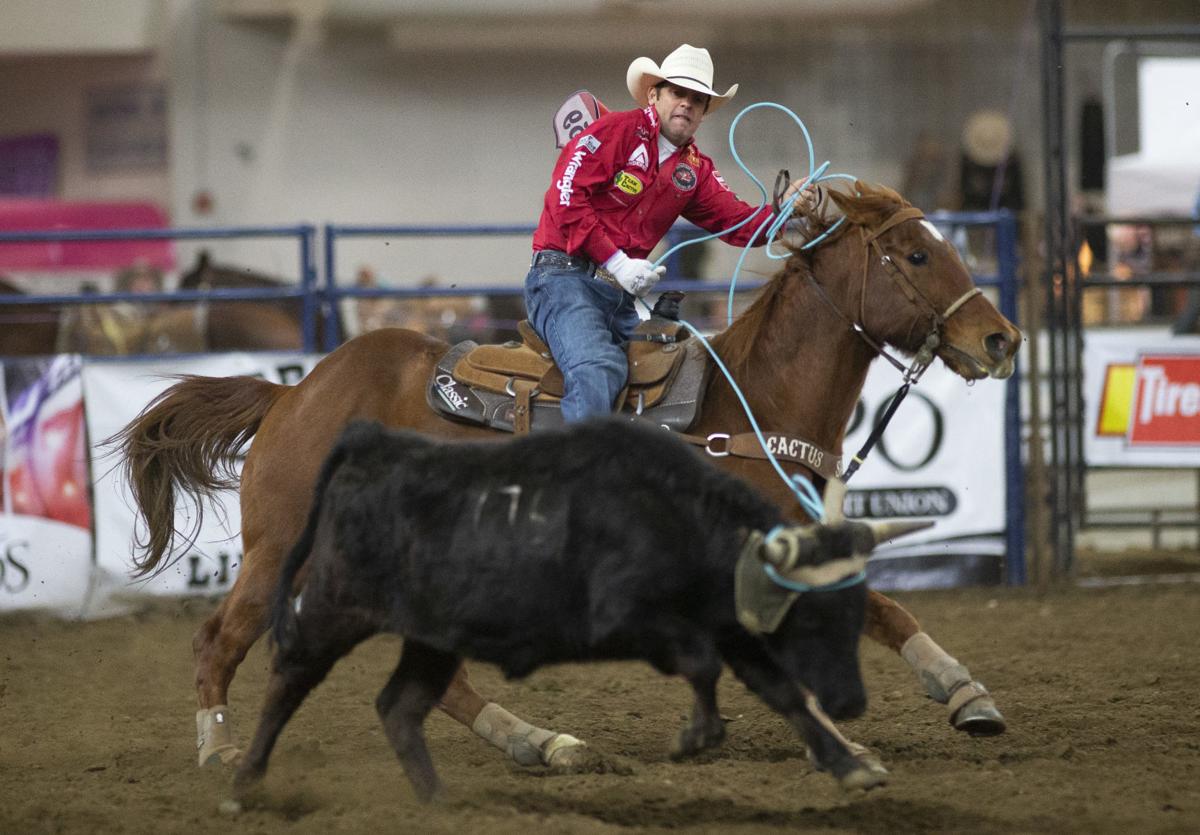 Riley Minor competes in the team roping event during the Columbia River Circuit Finals rodeo on Friday, Jan. 10, 2020 at the Yakima SunDome in Yakima, Wash. Minor's partner in the event is his brother Brady Minor. 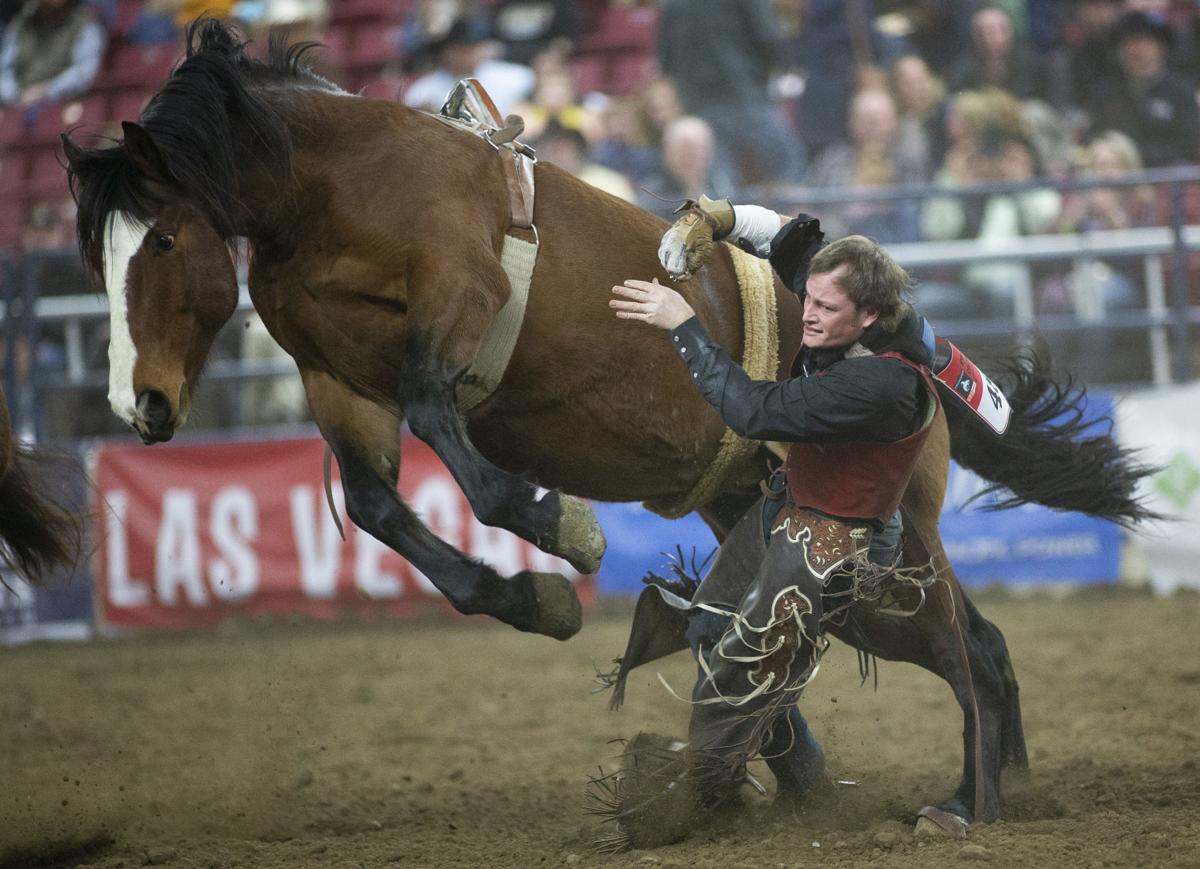 Riley Minor competes in the team roping event during the Columbia River Circuit Finals rodeo on Friday, Jan. 10, 2020 at the Yakima SunDome in Yakima, Wash. Minor's partner in the event is his brother Brady Minor.

YAKIMA, Wash. — The team roping competition at the opening round of the Columbia Circuit Finals brought a distinctive Ellensburg flavor to the Yakima SunDome Friday night.

Six of the 24 competitors hailed from the rodeo-crazed central Washington town, including competition leaders Riley and Brady Minor. The two brothers showed why they earned nearly $20,000 at circuit events last year by roping a steer in a quick 5.4 seconds, good for second place behind their cousin Jake Minor and Garrett Rogers, a header from Baker City, Ore.

"Consistency's everything in this sport," Riley Minor said prior to his performance. "We've been fortunate to win at it. It's hard to have a good team and we've been good for a long time."

He began competing 11 years ago at the age of 20 and has reached the National Finals Rodeo 10 times with his brother Brady, who also qualified once with a different roping partner. They've been to the National Circuit Finals in Florida twice and look poised to return again so long as they can hold onto their sizeable lead.

They built up their earnings with help from a second place finish at the Sisters Rodeo in June, good for about $3,500, followed by a third place finish at the Lewiston Roundup in September to earn more nearly $2,600. The Minor brothers also picked up $2,637 over Labor Day Weekend at the Ellensburg Rodeo by finishing fifth in the average scores.

But their top performance of the year came at The American Rodeo Finals in Dallas, where the Minors clocked a time of 4.75 to take second place and win $25,000. Riley Minor said they probably competed in close to 20 Columbia River Circuit events in 2019, often traveling with Jake Minor, who won the PRCA Last Stand Rodeo in Coulee City last May and entered the weekend sixth in earnings.

Riley made it look easy as he roped in the steer by the horns, allowing Brady to get close and catch both of the animal's hind legs. Those skills were developed early on the family's ranch, and Riley recalled learning from his dad, Brent.

Although Jason Minor came away with no time in the team roping, he clocked 8.9 seconds in tie-down roping to capture second place. That could be valuable as he chases an all-around title, since he entered the finals in second place less than $1,000 behind Caleb McMillan, who recorded no time in the Tie-Down roping first round.

Another Ellensburg cowboy, Jake Pratt, remained in good position to win the earnings title and a trip to Florida in tie-down roping. He picked up a big win in the average and earned more than $8,000 at the St. Paul Rodeo in Oregon last July.

The Minors will be back at the SunDome for Saturday's second round, looking to add to their totals. Riley said even with a big cushion for the overall lead he and his brother don't plan to change their strategy or relax at all.

"It's 30 minutes from home, so we've got a lot of fans here," Riley said. "Hopefully we can win some money."