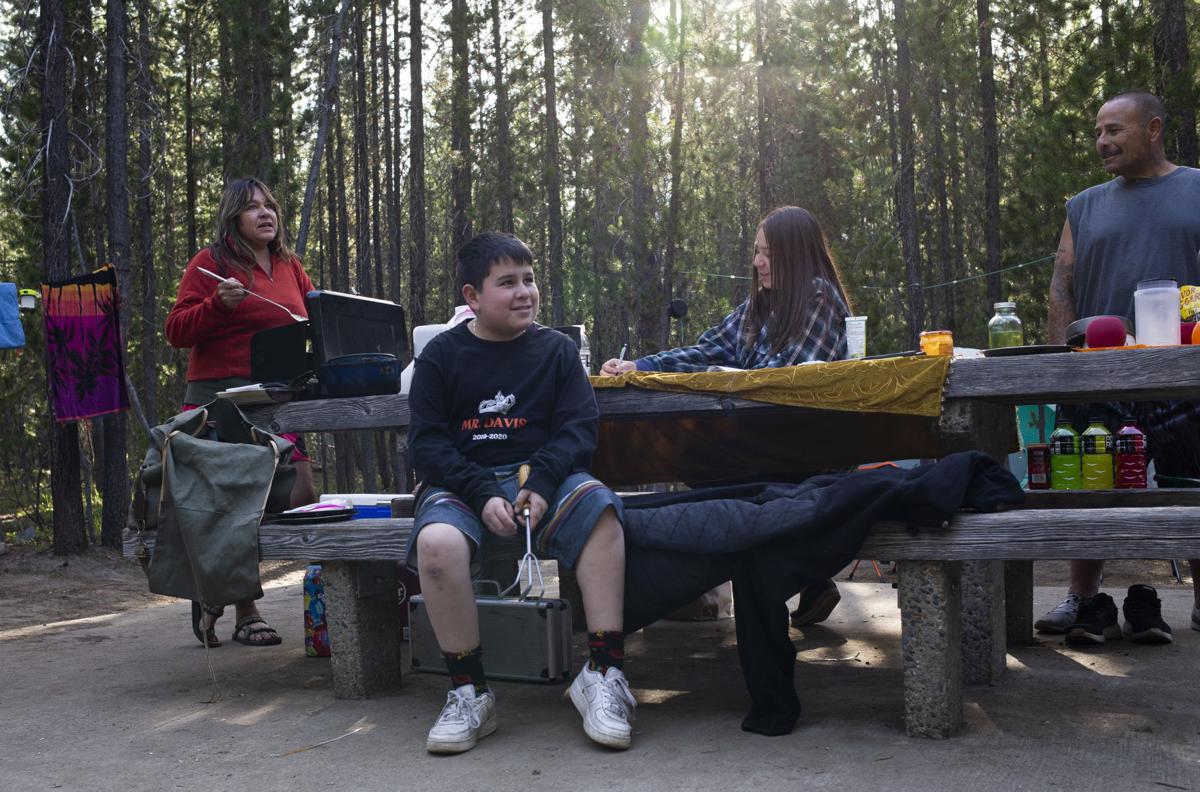 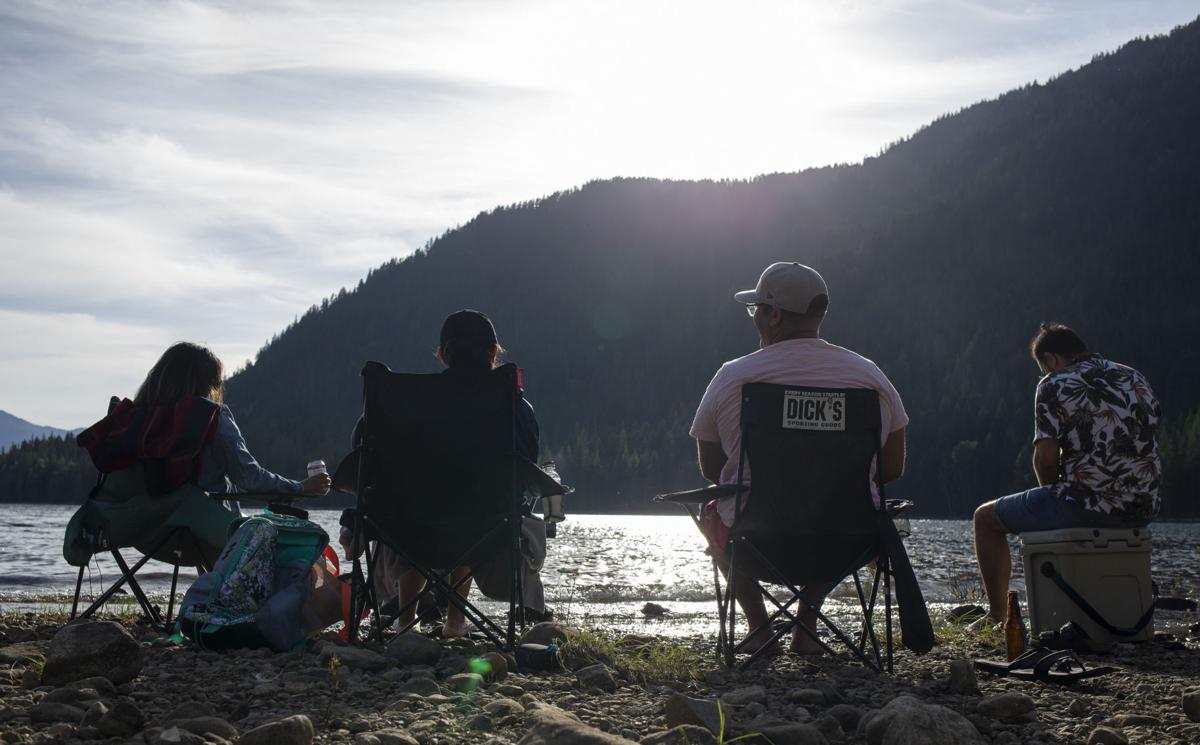 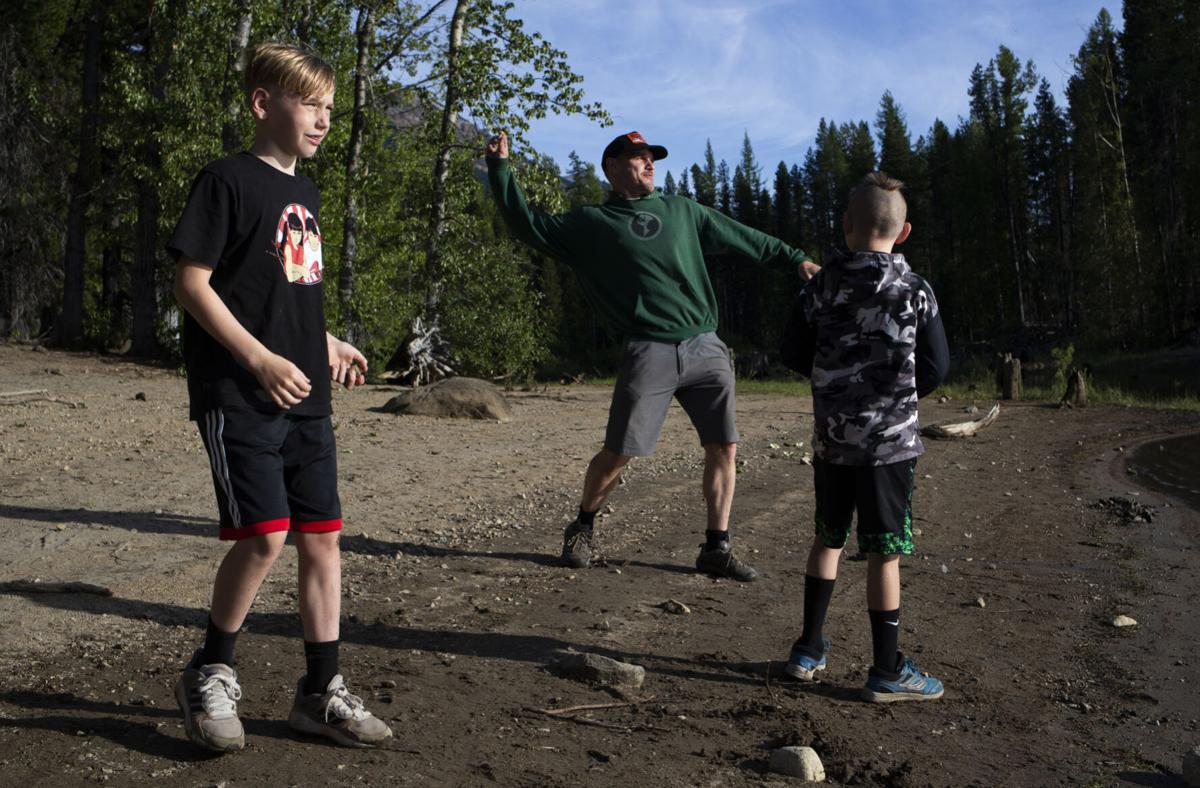 Josh Beilke, center, takes turns throwing rocks at a rock in the water to see who can hit it with his sons Max, 10, left, and Jake, 8, right, while camping on Friday, Aug. 7, 2020 at Bumping Lake in Yakima County. 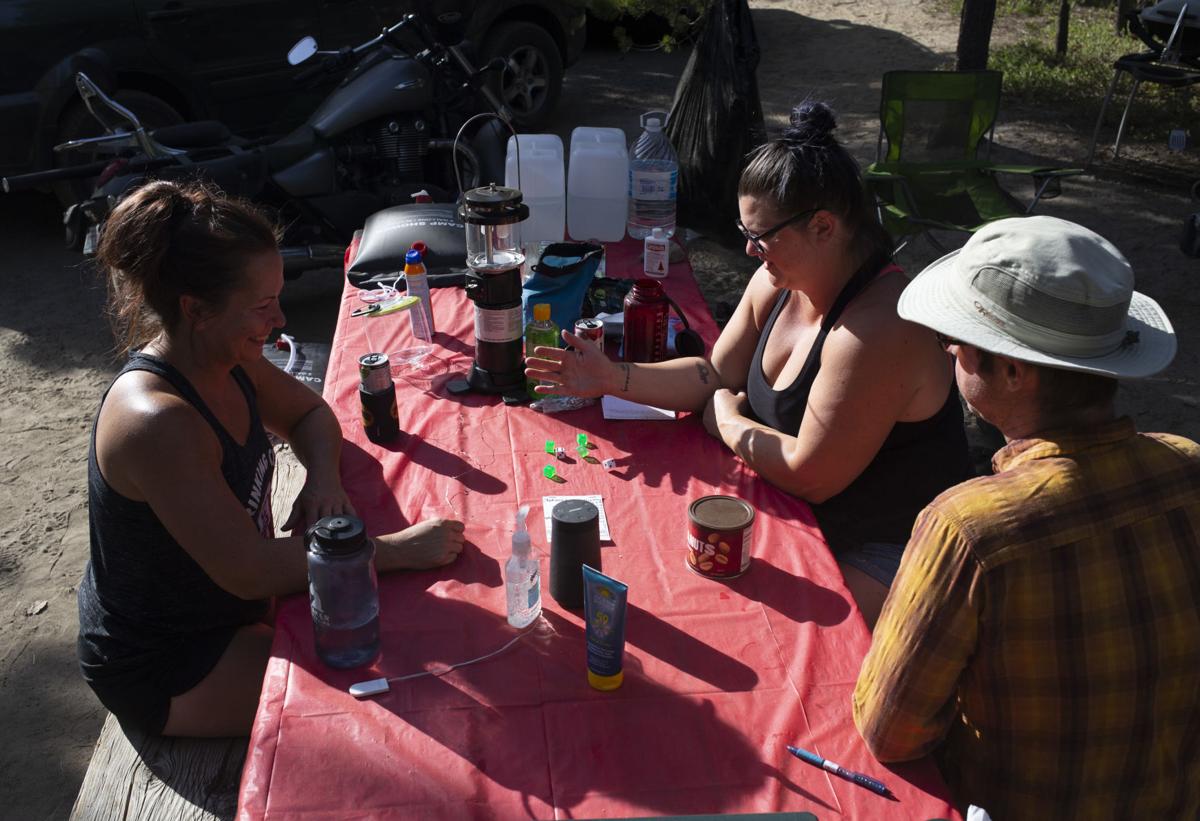 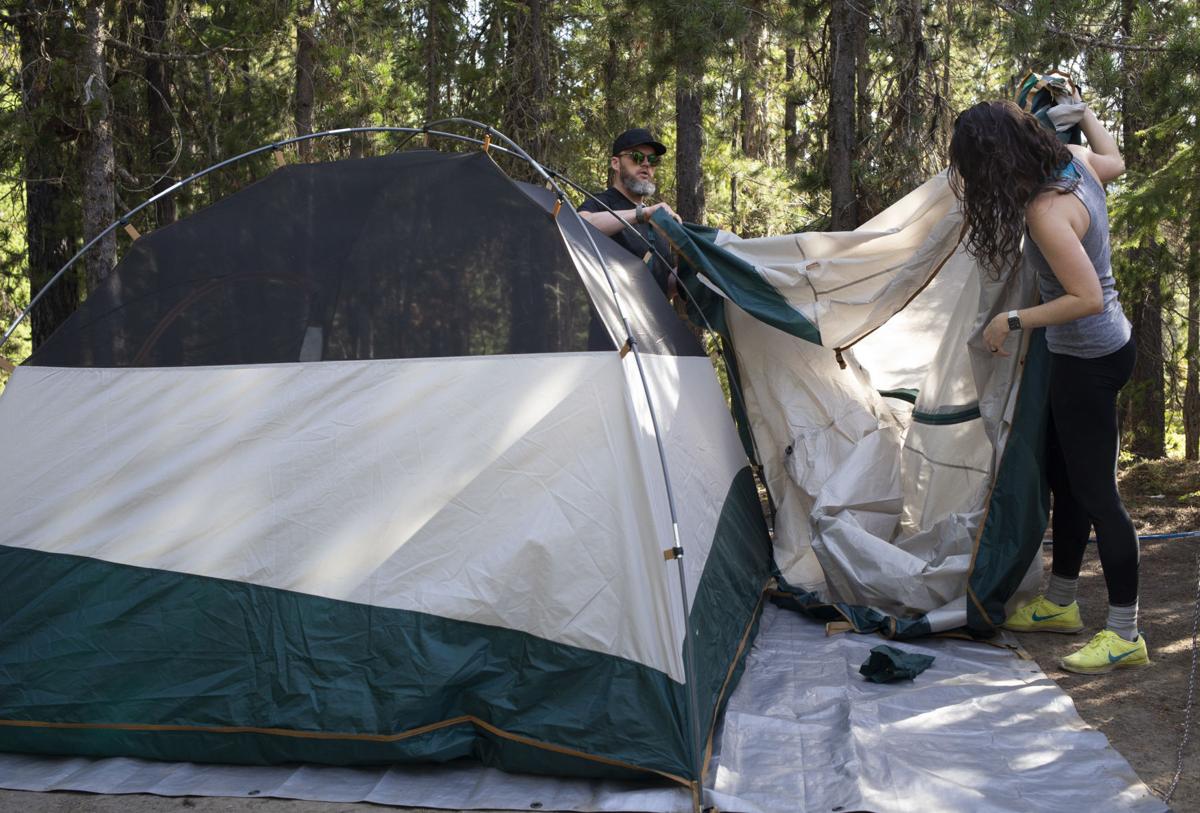 Josh Beilke, center, takes turns throwing rocks at a rock in the water to see who can hit it with his sons Max, 10, left, and Jake, 8, right, while camping on Friday, Aug. 7, 2020 at Bumping Lake in Yakima County.

Finding a place to camp this summer can be a challenge with public lands officials reporting unprecedented numbers of people heading outside in response to the arduous restrictions imposed by the coronavirus pandemic.

Richard Valdez Sr. understood just how fortunate his family was to drive up from Yakima and find a spot in the Bumping Lake campground Thursday, thanks to another group who left early and was willing to sell its reservation. Valdez said his wife, Robyn Raya, and their two kids planned to explore the lake and take full advantage of three nights away from Valdez’s work at Amtech in Wapato.

“(We) struggled a little bit, but it’s getting back on track,” Valdez said, noting the company shut down for more than a month last spring. “It’s just good to get out here. Tired of being cooped up in that house.”

They’re not alone, according to officials from the Forest Service, the Washington Department of Fish and Wildlife and the Department of Natural Resources. Wildlife department spokesperson Rachel Blomker said it’s encouraging to see so many people enjoying the outdoors, although she and others emphasized it’s more crucial than ever to take care of the environment.

Collin and Jennifer Hayden noticed empty shelves at sporting goods stores before arriving from Seattle on Wednesday to claim one of the Bumping Lake Campground’s few first-come, first-serve spots, where they saw the area’s overflowing trash first-hand. Staff emptied the dumpsters Thursday, but it’s been difficult to keep up with massive amounts of waste.

“Trash has been an issue at a lot of our sites and it’s a variety of things we’re seeing,” Forest Service spokesperson Victoria Wilkins said. “We’re trying to figure out getting trash pickup more regularly.”

That’s especially difficult in the Naches Ranger District, where they’re down a few staff members and still limited by Phase 1 requirements. Furlough days mandated by the state continue to take their toll on DNR and WDFW land managers, and DNR recreation spokesperson Paige DeChambeau said the pandemic reduced maintenance efforts of volunteers and support staff.

Officials are encouraging people to bring trash bags and take all trash home, something Shannon O’Neal and her husband, Larry Warren, always try to do on their frequent overnight trips. The couple from the Auburn/Federal Way area brought Warren’s less experienced sister, Lindsay Lombardo, to Bumping Lake for the weekend, and they’re always willing to help those still learning to camp responsibly.

Wilkins said many first-time visitors to the forest this summer have struggled to follow ”Leave no Trace” guidelines, especially at dispersed campgrounds with no amenities. O’Neal and Warren felt comfortable with their large van in a small spot near Bumping River Road, as did 16-year-old Angel Ramos with his family and friends from Yakima.

Their group followed the advice of Wilkins and Blomker, scouting out options earlier in the week before setting up camp at an open spot near the Bumping River. Sherry Strand from the Tacoma area said they claimed their spot at the campground in February, which is what’s required to enjoy the extra comforts it provides even during a normal summer.

State-owned campgrounds remain closed in Yakima County until it reaches Phase 2, and Darin Zurbriskie said they canceled half their camping trips this year. Both he and his friend, Sara Beilke, traveled with their families from the North Bend area to Bumping Lake, where Beilke said they’ve reserved spots to come back two more times this summer.

“This is all we have, really,” Beilke said. “We normally travel in the summer. We fly back to where we have family reunions and all that got wiped out.”

Heading into the forest can be a rewarding, low-risk activity, even for those only making a day trip to Bumping Lake, like Yakima’s Mark Perez and his friend, Miguel Batista. But Wilkins advises all users to still bring a mask they should be prepared to wear any time it’s impossible to socially distance, including while passing others on narrow trails.

Valdez Sr. and his family know to be cautious after all they’ve been through in Yakima, where their 11-year-old son Richard Jr. and 18-year-old daughter Paris will begin school online later this month through Franklin Middle School and USC, respectively. This summer’s the ideal opportunity for Valdez Sr. to spend more time sharing his love for the outdoors, making it a little tougher for experienced outdoor enthusiasts like O’Neal and Warren to avoid the crowds.

“It’s a good problem to have,” O’Neal said. “We talk about, though, that we hope that people keep doing it once this is all done, but who knows?”

- For information on how to plan your trip, go to recreateresponsibly.org

- To report an issue to the Washington Fish and Wildlife Department, fill out the Report a Problem form at wdfw.wa.gov.