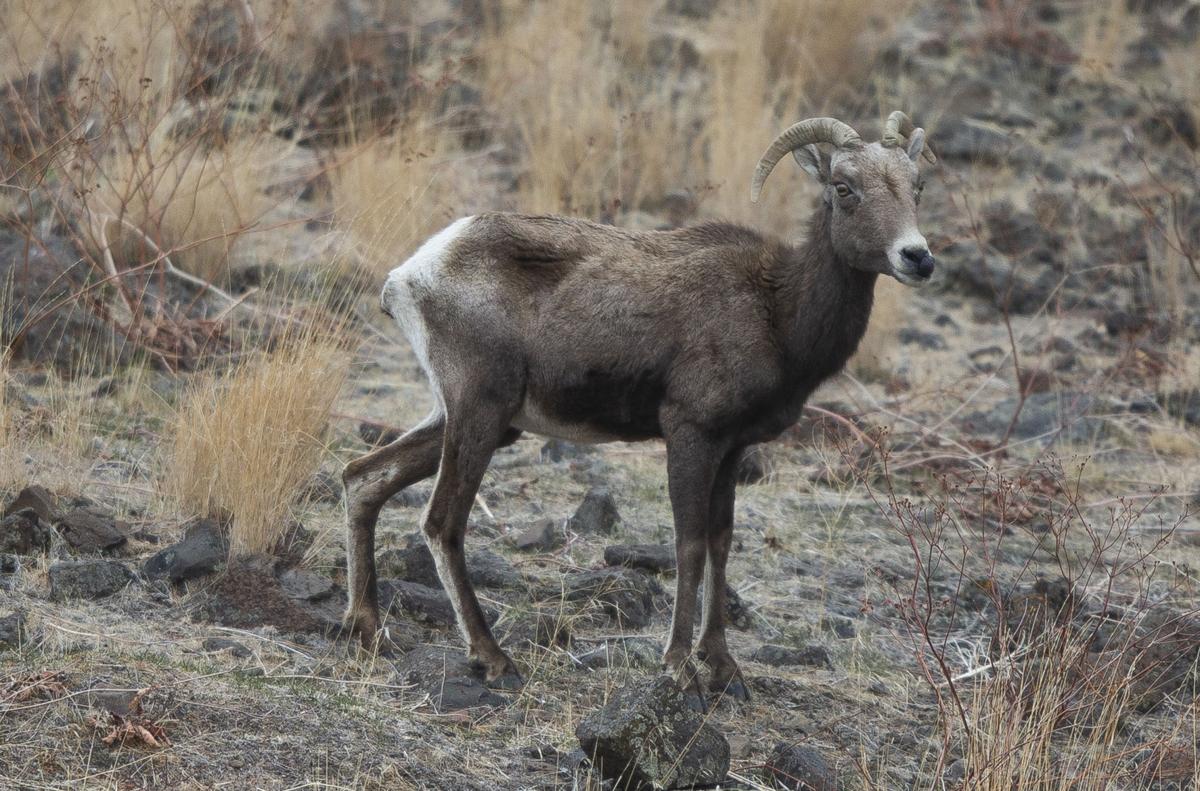 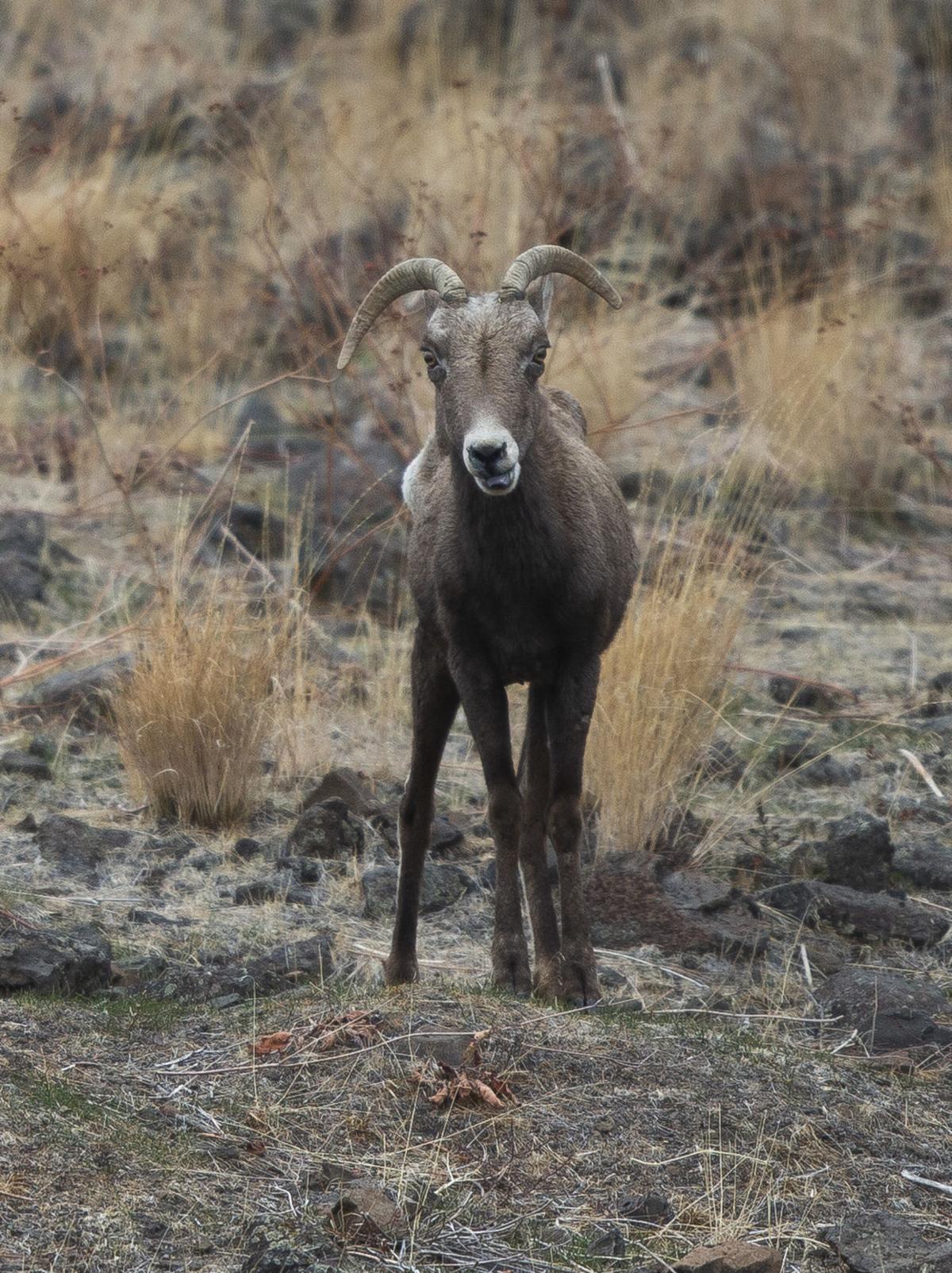 Finding an effective response to fight a bacteria deadly to bighorn sheep appears more urgent than ever for the three herds in central Washington.

Increased monitoring and assistance from hunters could be crucial in determining the next steps to stop a pathogen already responsible for eliminating one area herd. State and federal officials continue to evaluate their options for reducing risks to dwindling populations.

Concern grew significantly in October, when one herd encountered a domestic sheep with the bacteria known as Mycoplasma and a dead bighorn from a different herd tested positive. Meanwhile, officials continue to move forward with a plan to “test and cull” sheep from the Umtanum Herd, where the pneumonia caused by mycoplasma has been reducing the number of lambs for several years.

The Washington Department of Fish and Wildlife euthanized 12 bighorns in the Quilomene herd near Vantage last month after they encountered a domestic ewe that tested positive, but the department reported good news after all 12 tested negative, giving reason to believe the herd should be unaffected. Less than a week later, though, the wildlife department found the pathogen in a dead Cleman Mountain lamb discovered by a hunter.

"It’s not quite clear if the strain that is currently in the herd is going to be as deadly and pervasive as other strains has been," regional director Mike Livingston said. "Some herds have had strains where they were able to carry on and be productive and then some of them like in the Yakima Canyon, the adults seem to be able to survive it but then the lambs are affected and dying."

WDFW's state ungulate specialist, Brock Hoenes, said they've seen the bacteria completely disappear in some cases, such as the Hell's Canyon herd. At the other end of the spectrum, the bacteria spread so quickly and killed off enough of the Tieton herd near Naches in 2013 that the wildlife department euthanized the rest to protect the nearby Cleman Mountain bighorns.

Domestic goats and sheep have proven to be impervious to bacteria, making them the biggest threats to Washington’s 17 designated bighorn sheep herds.

Hoenes said animals grazing on both public and private lands can sometimes wander off to interact with bighorns. Other times the wild sheep may go into pastures full of domestic sheep or goats.

“What we always tell people is we’re dealing with wild animals,” Hoenes said. “We’ve been actively engaged in that.”

The department tries to test animals by reaching out to private landowners. although not all of them agree to participate. Education also plays a crucial role for local biologists trying to inform the public.

Recent action brought a more focused effort to Hell's Canyon in Southeastern Washington, where the wildlife department partners with fish and game departments from Idaho and Oregon, as well as the Wild Sheep Foundation. In addition, Hoenes said the wildlife department funds a full-time position with the local conservation district to keep track of all flock owners.

Over the last three years, prisoners at the state penitentiary in Walla Walla have worked for two staff members to try to establish a flock of sheep free of the bacteria. If successful, the wildlife department could replace any privately owned sheep who test positive with one of their own.

Another key component will be changes made to Forest Service grazing rules, since the agency owns plenty of land accessible to bighorn sheep and domestic animals. Efforts to reduce risk include punishments for failure to report and find lost sheep or goats in a timely manner, along with guidelines to communicate sightings of bighorn sheep that stray into pastures.

The Forest Service originally intended to release a draft of an update to its 30-year-old plan in December 2019 to amend management plans without modifying existing allotments. But Forest Service spokesperson Victoria Wilkins said minor delays and associated work taking longer than expected pushed the draft release back to this winter or spring 2021, followed by a final report in late 2021.

"If the Forest determines that changes are needed to existing allotments and permits, we would do site-specific analysis and follow our process to update allotment management plans and make changes to permits," Wilkins said in an email. "It is our intent to have the (Environmental Impact Statement) identify maximum transition times which will vary by alternative. Priority would be given to addressing allotments where the risk of interactions is highest."

Conservation Northwest's Sagelands Heritage Program lead, Jay Kehne, will be following the process closely to see what improvements are made. He stressed the importance of working faster to develop more tools to protect the state's bighorn sheep.

Various approaches can be taken to deal with herds already suffering from pneumonia caused by the bacteria.

Sick lambs and targeted hunting has reduced the population of the Umtanum herd to 100-125 bighorns, or five sub-groups of 20-25, according to wildlife department biologist Jeff Bernatowicz. Hoenes said numbers should be low enough by next spring for department staff to start capturing sheep and kill those that test positive.

He noted research shows "chronic shredders" generally can cause re-occurring spread in any given herd, even after a large die-off. The bacteria can spread both through the air and via contact between sheep.

Hunters can help by calling the wildlife department when they sheep that are coughing, lethargic or otherwise acting abnormally. Hoenes said he believes the three Central Washington herds stay far enough apart that the disease won't spread from one to another.

Moving forward, it's unclear how management of the herds will affect limited hunting opportunities in the area. Livingston said the wildlife department will keep working closely with the Forest Service to find ways to protect bighorns, including those in the newly infected Cleman Mountain herd.

"It’s been a big priority of ours to maintain that herd being free (of bacteria)," Livingston said. "Right now it’s monitor and just evaluate what types of responses the herd has."

If you spot any sheep acting lethargic, coughing or otherwise acting abnormally, call the Washington Fish and Wildlife Department at 509-575-2740.