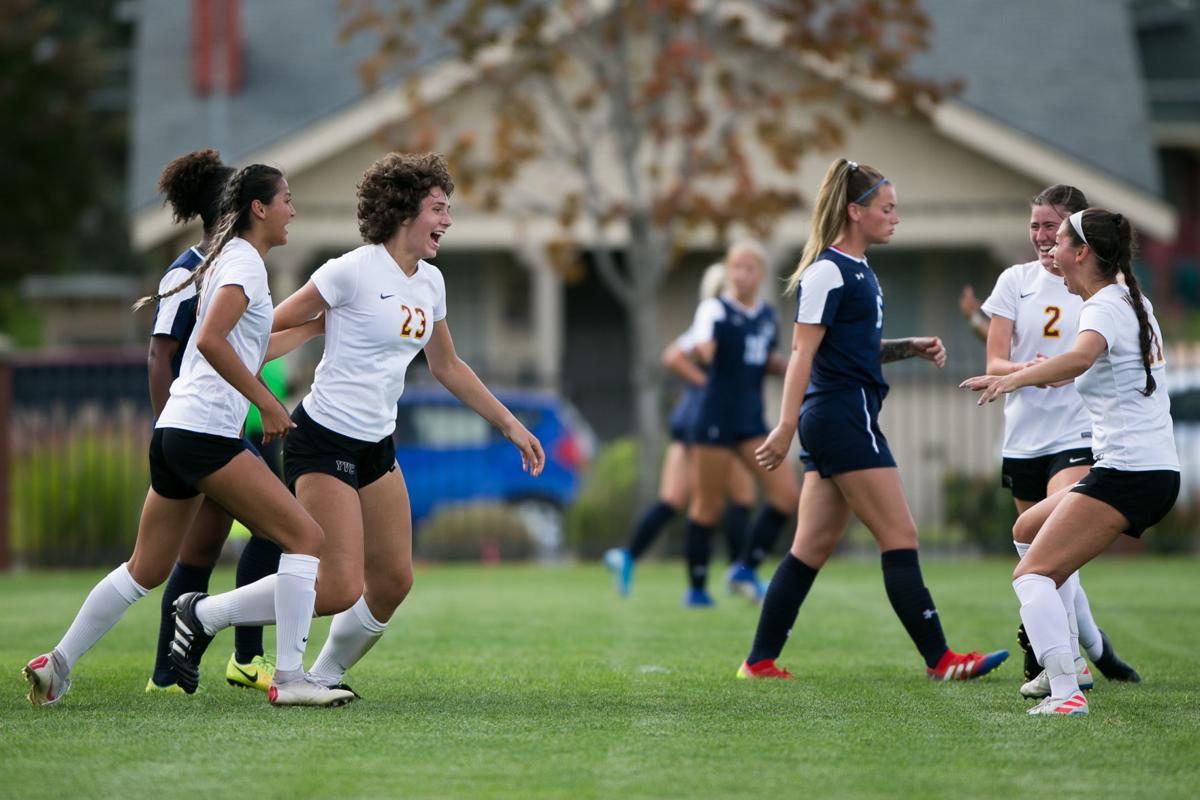 Yakima Valley’s Abigail Uhart (23) celebrates with her teammates after scoring a goal against Columbia Basin on Wednesday at YVC. To see more photos, go to WWW.YAKIMAHERALD.COM. 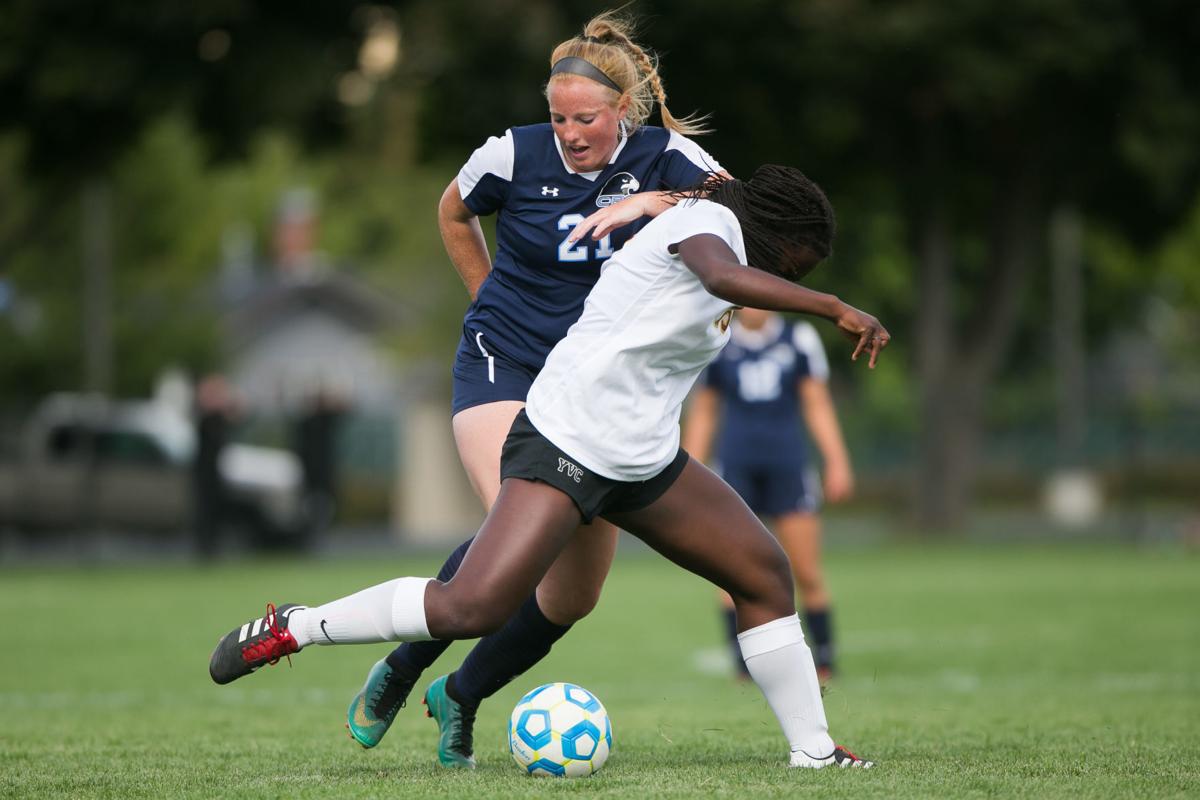 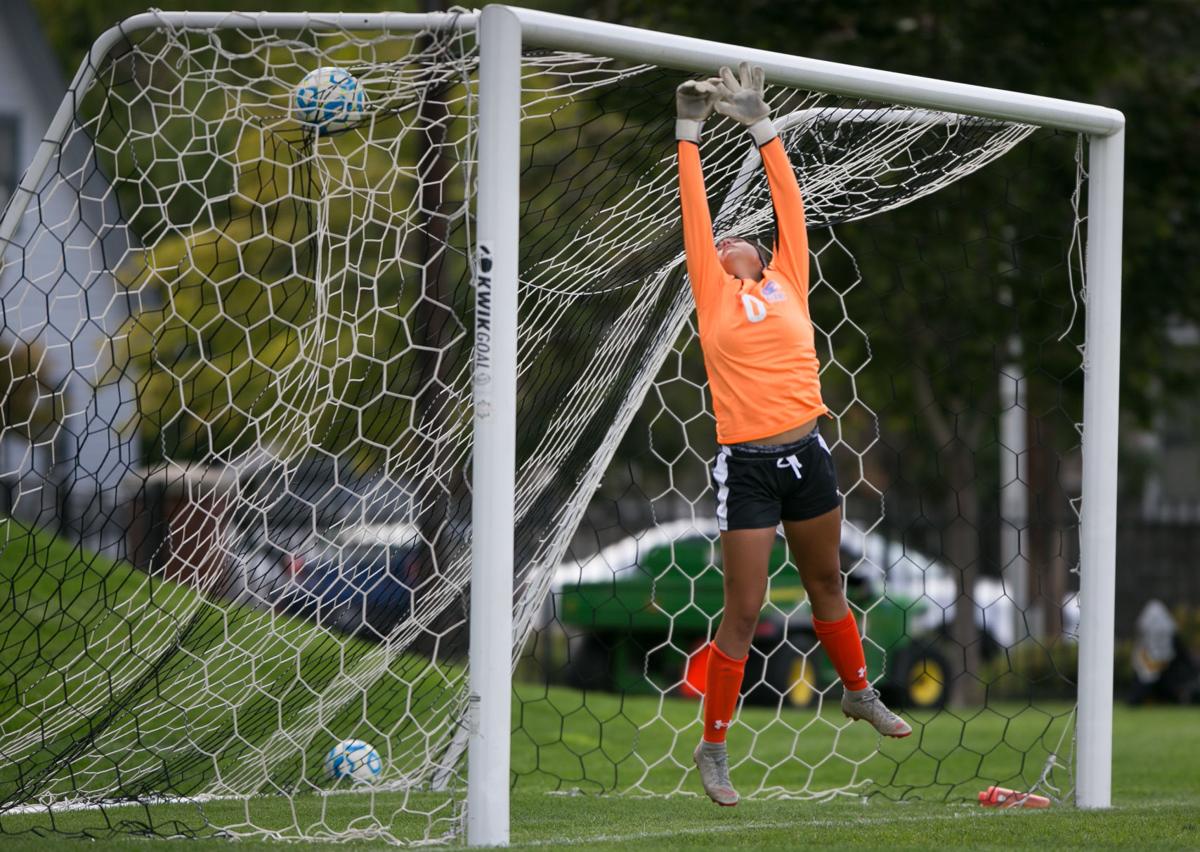 Yakima Valley’s Abigail Uhart (23) celebrates with her teammates after scoring a goal against Columbia Basin on Wednesday at YVC. To see more photos, go to WWW.YAKIMAHERALD.COM.

The Yaks’ first home match in more than two weeks reminded them it won’t be easy to maintain the consistency needed to achieve more unprecedented success. YVC’s injury-depleted lineup couldn’t hold off CBC’s comeback and settled for a 1-1 draw Wednesday, snapping long win streaks for both teams.

“There’s something about traveling, our girls actually mentally do better,” coach Abby Drollinger. “We have to figure out how to have that same performance home and away.”

Her players struggled to connect passes and move up the field without sophomore Sophie Painter and Adriana Gonzalez, two key starters in the middle of the formation. Both offered plenty of instructions from their positions on the Yaks sideline, but defender Maddie Britt said that communication was missed on the field.

A defense that had given up just one goal in its last four games managed to keep CBC from scoring for 60 minutes, thanks in part to two big saves by goalkeeper Brynlee Ward. YVC began to mount more of an attack as the first half progressed and finally found the net when 6-foot-1 freshman defender Abigail Uhart rose up to head a well-placed free kick from Ciel McDonald past former Toppenish goalkeeper RiaJo Schwartz in the 42nd minute.

“All my coaches growing up, I’ve always been in on the corners and on all the free kicks and they always expect me to get a head on it,” Uhart said. “So I do my best and every now and then I get lucky.”

Her second header goal of the season held up until CBC’s dangerous free kick into the box went off the head of a Yakima Valley defender and into her own net. Britt said that put more pressure on the defense as it tried to play its part in continuing a four-game win streak.

They turned back a relentless Hawks attack featuring plenty of crosses and corner kicks near the goal, often getting to the right position to block shots or clear balls just in time. Drollinger said she was mostly happy with her back four, and Britt knows they’ll need to keep improving, especially on their communication.

The former state champion at La Salle joined Uhart and three other freshmen in front of Ward, who finished with seven saves. Britt earned NWAC soccer player of the week honors earlier this season and does well tracking down opponents on the right side of the defense.

“It’s fun ‘cause I went from La Salle and I loved playing with them and all this stuff, but it’s a different pace here,” Britt said. “You have to earn your spot every time you’re out practicing on that field, and you’ve got to play for your team and the girls around you.”

That approach paid off last week, when YVC earned the program’s first-ever wins at Spokane and North Idaho to open league play 2-0. Wednesday’s draw kept the Yaks tied atop the NWAC East with Columbia Basin, which won its first eight games before visiting Yakima.

Drollinger said Painter and Gonzalez should be back this Saturday for a key home match against Walla Walla, the league’s only other unbeaten team. A win or draw would give the Yaks their best four-game start to league play ever and put them in a good position to accomplish the most important first for the program — making the NWAC playoffs.