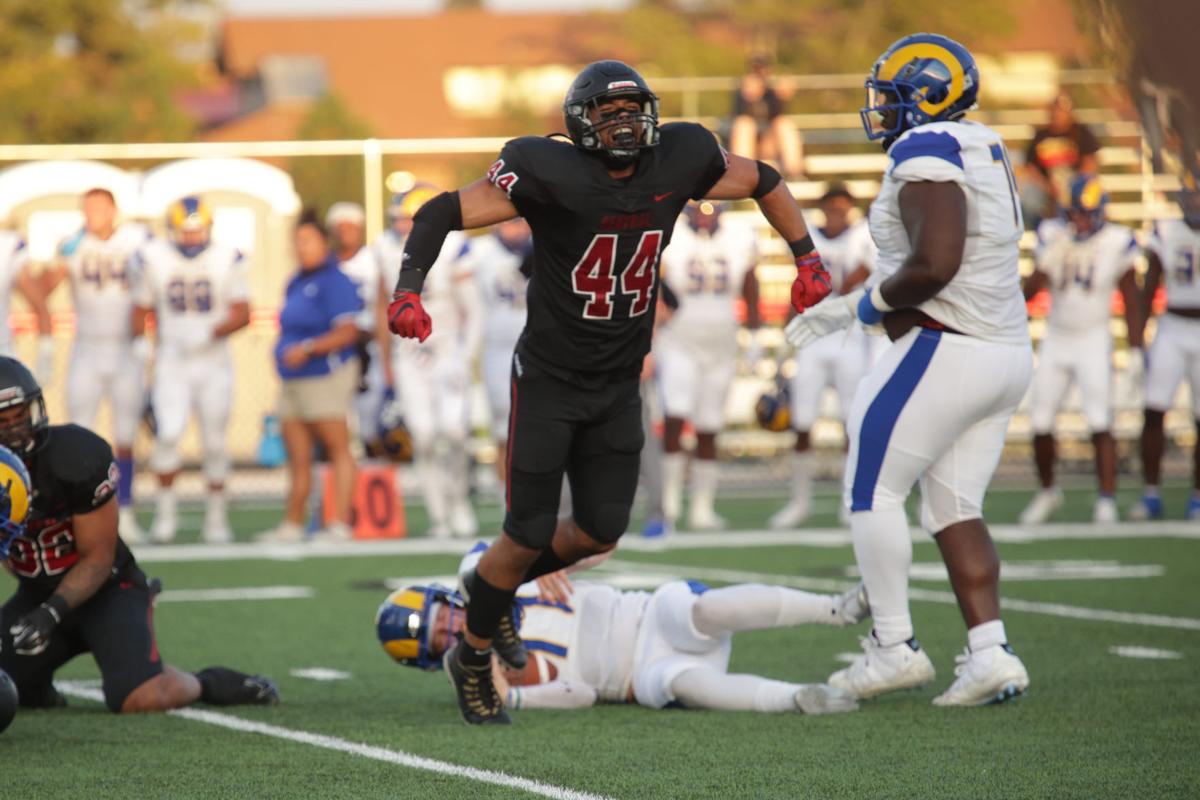 Central Washington’s Donte Hamilton reacts to a play in the first half of Saturday’s game against Angelo State at Tomlinson Stadium in Ellensburg.

Central Washington’s Donte Hamilton reacts to a play in the first half of Saturday’s game against Angelo State at Tomlinson Stadium in Ellensburg.

The Wildcats' defense nearly made up the difference, but a late touchdown sent Central to a 14-9 loss against Angelo State. Coach Chris Fisk said an injury-depleted offensive line and a young, inexperienced quarterback made a lot of critical mistakes to keep the Wildcats out of the end zone.

"We’re trying to do a lot of things to protect (quarterback JJ Lemming) and protect his growth and it showed tonight," Fisk said. "We didn’t run the ball well and we didn’t throw the ball well and our red zone offense was poor at best."

A clear example of that came in the second quarter, when Central went 36 yards in three plays to set up first and goal inside the one yard line. Two Rashaad Boddie runs went nowhere and Lemming's pass fell incomplete before the Wildcats settled for the first of Hegarty's three field goals.

Those offensive line failures frustrated Fisk, who's in charge of coaching a group that is missing experienced starters like Josh Alvarez and first team All-GNAC tackle Will Ortner. Angelo State followed up the big defensive stand with a 9 play, 55-yard touchdown drive capped off by Austin Landry bowling his way into the end zone out of the Wildcat formation.

Lemming completed just 9 of 33 passes for 114 yards and showed the benefits of his arm strength on a 3rd and 13 conversion to Samuel Sanchez. But more often, he appeared to throw the ball too hard, overthrowing receivers and giving them difficult passes to catch.

"I think it's mechanics," Fisk said. "It's something that he struggles with at practice and it's something that he's working and unfortunately when the bullets are flying, muscle memory takes over and he's got a little bit of a low delivery and the ball tends to sail on him."

Even though Boddie ran for 104 yards, Fisk questioned the junior running back's consistency and said he missed a key running assignment before Hegarty's first field goal. Starter Tyler Flanagan returned from injury to block on some third and long plays, but coaches felt he hadn't gotten enough reps to take any carries.

Fisk also credited Hamilton for raising the level of his fellow defenders, as they held the Rams to 253 yards and well below their season average of 28 points per game. Angelo State had -2 yards of total offense in the second half before a 9 play, 69-yard drive that ended with Omayebu going two yards for a touchdown with 47 seconds left.

The Wildcats defense tightened up when it needed to in the first half and Asa Fuller missed field goals from 43 and 30 yards. They also stuffed a run on a fake punt to set up Hegarty’s first field goal and later blocked two punts to put the ball in position for a go-ahead field goal and Hegarty’s lone miss of the day.

Central Washington will face another ranked Lone Star Conference opponent next week when No. 16 Midwestern State visits Ellensburg. The Mustangs beat Angelo State 35-17 a week ago and improved to 4-0 Saturday with a 31-24 overtime win over Eastern New Mexico, which lost to Central 66-24 in the season opener for both teams.