It begins with a question — where is she?

She said she would be home in a few minutes, a few hours, a few days. She told us she would meet us there. She planned to get the kids after school, after practice, after the party. 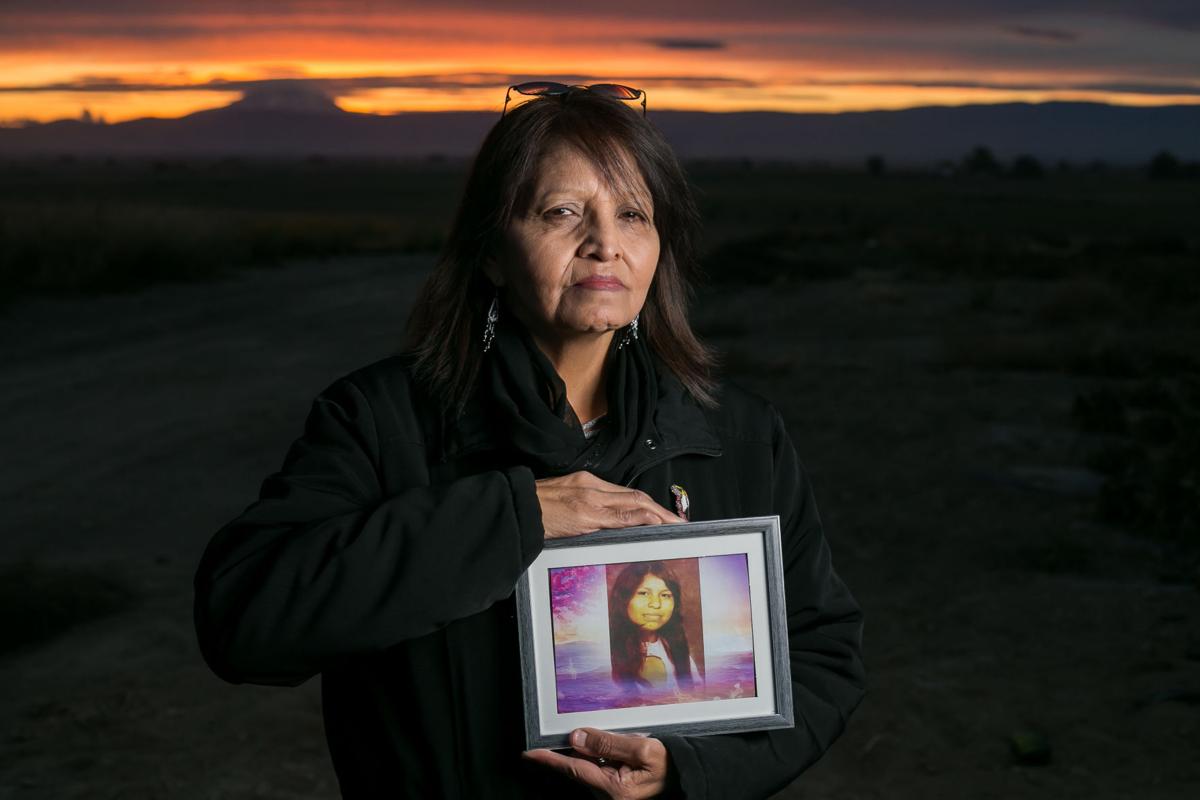 Her children wonder as they move in with relatives, expecting a temporary stay. Her parents worry about what happened to their daughter, last seen at a popular bar or restaurant. Hunters find her purse in rough country, but not her.

They hear stories. Someone saw her walking down the road the other day. A friend thought she moved to another town, a different city. Police wonder aloud if she ran off with a boyfriend, new or old.

She’ll come back, they say.

But as days turn into months and months turn into years and there are no answers, families consider the worst while hoping for anything positive.

When a loved one goes missing, families experience a heartbreaking education. They learn to take notes and try to remember small details amid persistent misinformation. They hear there is a waiting period to report someone missing, for instance. That’s not true.

And so they keep searching, always wondering. Others ask their own questions — why don’t you let her rest in peace? It’s been years. Why are you still looking?

But their loved ones know, better than anyone else, hope doesn’t stop, never stops.

A young mother of two and citizen of the Yakama Nation recently reported missing was found safe the next day after news of her disappearance was shared widely on social media.

Others have been missing for decades.

47 years, zero answers: 16-year-old Janice Hannigan of Toppenish disappeared after Christmas Eve in 1971. Her sister refuses to give up the search

Janice Marie Hannigan disppeared at the age of 16; she was last seen in Wapato on March 1, 1971. For most of her life, Hannigan's younger sister Lee Clark wondered what happened to her. Clark began seirously searching for answers after their mother died.

“People tell me to just let her rest in peace. I’m like, rest in peace where? I don’t know if she’s alive or dead. If she’s dead, bring her home to our cemetery,” she said.

Clark never found the answer about what happened to the older sister she adored. She died December 23, 2018. 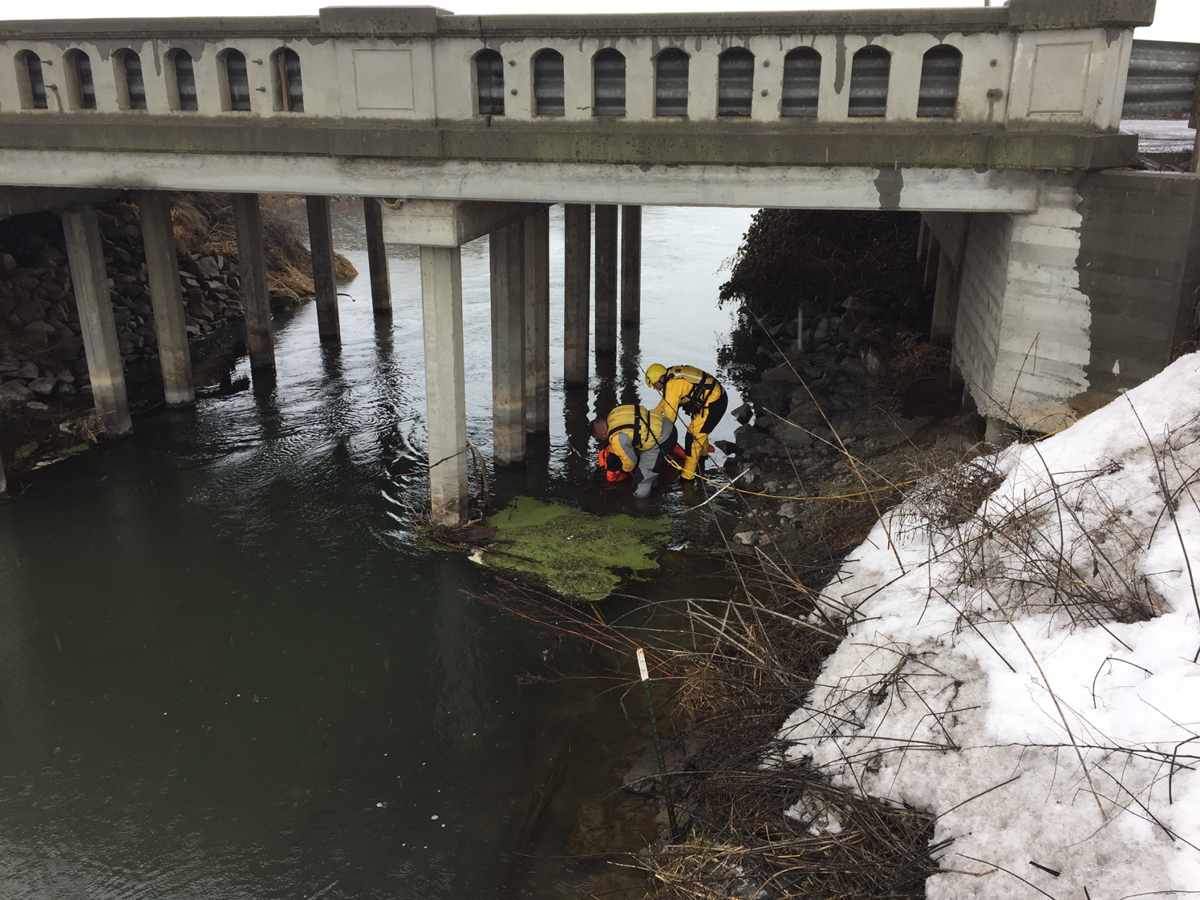 The body of 38-year-old Linda Dave of White Swan was found by Department of Transportation workers inspecting a bridge on Highway 97 in February of 2017. (Courtesy: Yakima County Sheriff's Office)

"No one deserves to be murdered"

No one knows exactly how many women have gone missing from the Yakama reservation. Many cases of missing people or mysterious deaths of women and men remain unsolved. At one point during an FBI investigation spurred by rumors of a serial killer, investigators found as many as 32 dating back to 1980.

Investigations are hampered by the unique constraints of policing in Indian Country. Like other tribes in the United States and Canada, jurisdiction over criminal cases on the 1.3-million-acre Yakama Nation reservation varies among law enforcement agencies operating without a comprehensive data collection system for reporting or tracking missing women. Tribal police handle missing person cases but don’t investigate homicides; that is the responsibility of the FBI. Local law enforcement agencies occasionally work with tribal police, but the Washington State Patrol has no jurisdiction on tribal land.

The FBI has no permanent presence on Yakama tribal land, and many natives complain of poor communication and little follow up from law enforcement, whether it's the bureau or local authorities.

The body of 38-year-old Linda Dave of White Swan was found Feb. 15, 2017, by state Department of Transportation workers conducting an inspection on a U.S. Highway 97 bridge at the intersection with Marion Drain Road. She died of a gunshot wound to the stomach and was likely dead and in the water for six weeks before her body was found, former Yakima County Coroner Jack Hawkins said.

It wasn't until April of 2018 that authorities publicly identified the body, a fact Deborah Shipman, an activist and organizer working to raise awarness about missing and murdered indigenous women around the nation, points to as an exmaple of the sort of neglect law enforcment shows for these cases.

“Linda’s son brought her dental records there days after they found that body,” she said. “The cruel thing of all this is they saw everyone continuing to look for Linda. They saw that, we were chasing leads on her all over the place. We called the jails; we ran her name every way we could.”

Some missing and murdered indigenous women have struggled with addiction or mental health issues, or become homeless and put themselves in danger to support themselves. Some may be victims of human trafficking or murderous rapists.

No matter their issues, they mattered to someone or many people, Shipman said.

“I don’t care what you were doing; no one deserves to be murdered,” she said. “Whatever happened happened, but these women deserve to be recognized.”

The contents of this page were drawn from stories published in the Yakima Herald-Republic reported and written by Tammy Ayer.

A woman who reached a plea agreement with prosecutors for her role in the March 2016 murder of a Harrah woman will be sentenced Wednesday in federal court in Yakima.

WAPATO, Wash. — The family of a Wapato woman who has been missing since early October is offering a $1,000 reward for information leading to her location.

Vigil created for families of missing and murdered indigenous women rescheduled to Feb. 23

WAPATO, Wash. — A Lower Valley event created to support the families of missing and murdered indigenous women will happen a week later than originally planned because of the extreme winter weather.

Presentations, memorial service on Tuesday at CWU will highlight issue of missing and murdered indigenous women

ELLENSBURG, Wash. -- Central Washington University will highlight the issue of missing and murdered indigenous women on Tuesday with a series of presentations and a memorial.

YAKIMA, Wash. — As more than 400 people marched through downtown Yakima on Saturday, the names of missing and murdered Yakama Nation women echoed off the buildings.

'This is one step.' Community gathers to address crisis in reporting, preventing violence for indigenous women

TOPPENISH, Wash. — They already know that stemming the epidemic of missing and murdered Native women is daunting. They are well aware of the grim toll it has taken, because many have lost loved ones and friends.

Back into focus: Yakama man pieces together identity of slain mother with faded memories and old photos

In a photo taken during her name-giving ceremony, Sandra Lee Smiscon is beaming, wrapped in a turquoise shawl and a bright red embroidered head scarf. It is George Daniel Lee Jr.’s favorite picture of his mother.

WAPATO, Wash. -- For most of her life, Trudi Lee Clark wondered what happened to her sister, Janice Marie Hannigan.

ALBUQUERQUE, N.M. (AP) — Numerous police departments nationwide are not adequately identifying or reporting cases of missing and murdered indigenous women and girls as concerns mount over the level of violence they often face, according to a study released by a Native American nonprofit Wednesday.

47 years, zero answers: 16-year-old Janice Hannigan of Toppenish disappeared after Christmas Eve in 1971. Her sister refuses to give up the search

Janice Hannigan’s sophomore year at White Swan High School began well. It was football season — one of her favorite sports — and she was a candidate for queen of the Intertribal Veterans Day Ceremonial in Toppenish in November 1971.