Sign Up
Log In
Purchase a Subscription
You are the owner of this article.
Edit Article Add New Article
1 of 2 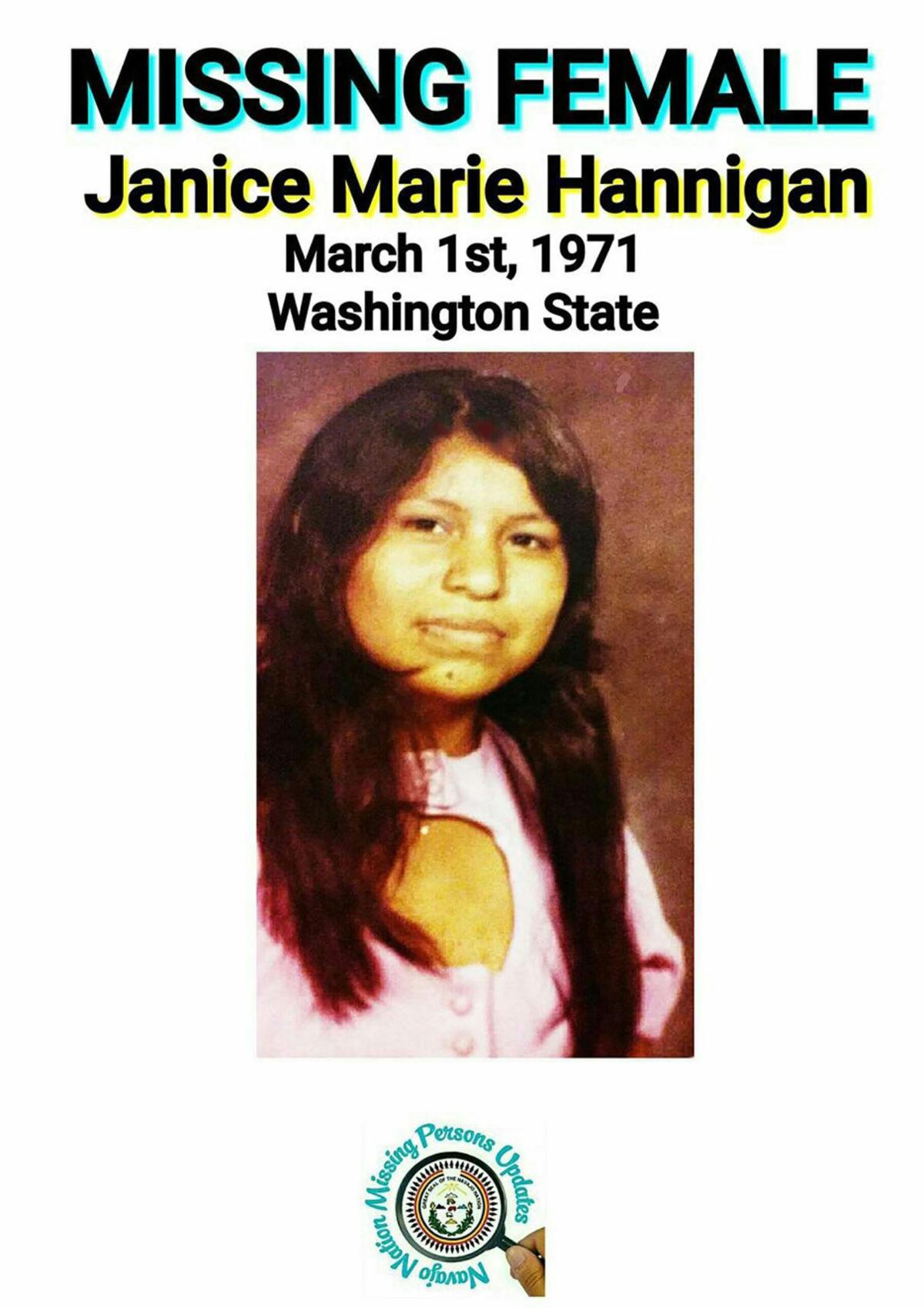 A missing person flyer of Janice Marie Hannigan, who was 16 when she went missing in 1971. Her sister, Trudi Lee-Clark, has never stopped looking for her. She has posted flyers on various websites and social media pages and every time she finds herself in a crowd, scans faces to see if one is her sister. 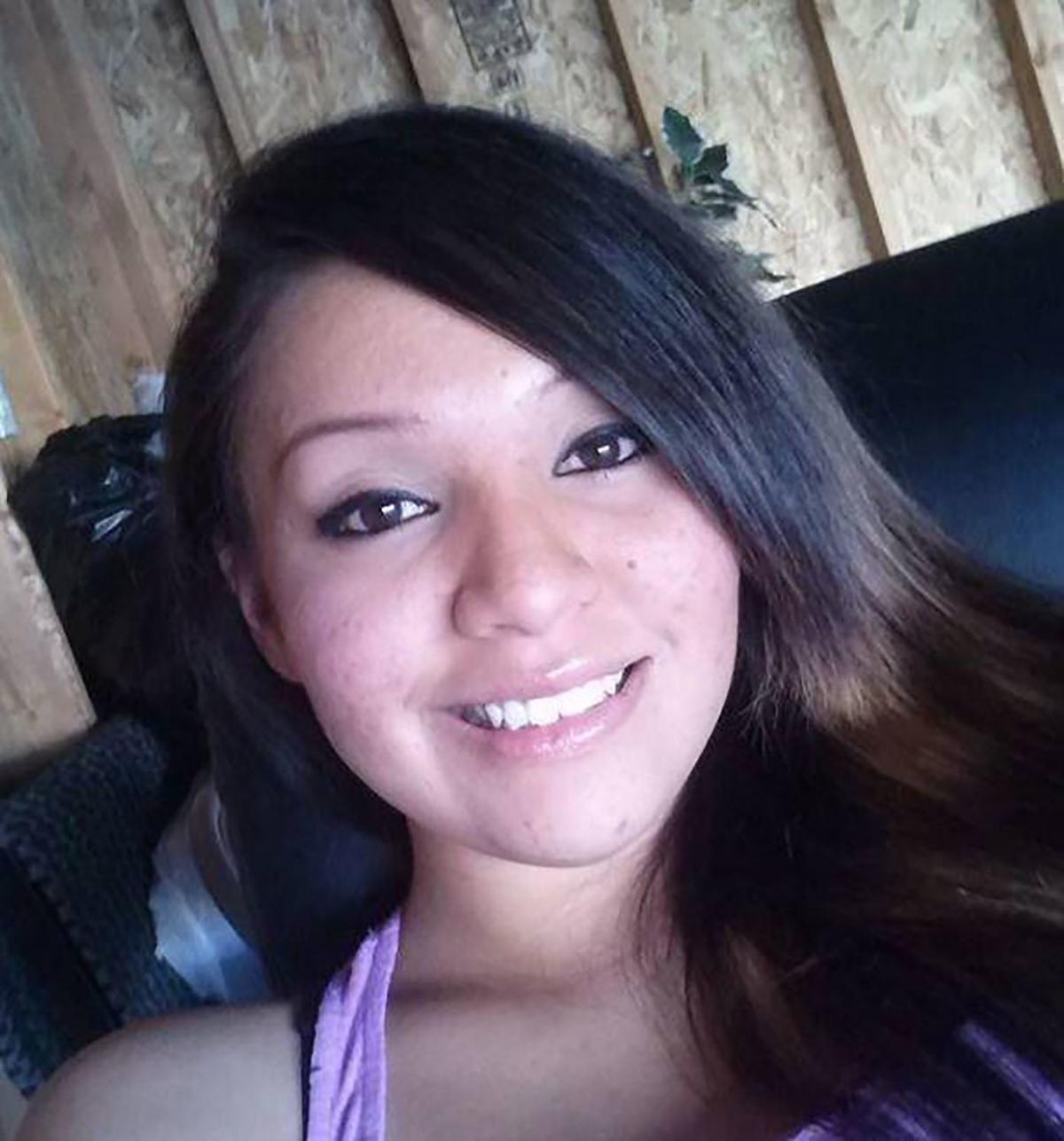 A missing person flyer of Janice Marie Hannigan, who was 16 when she went missing in 1971. Her sister, Trudi Lee-Clark, has never stopped looking for her. She has posted flyers on various websites and social media pages and every time she finds herself in a crowd, scans faces to see if one is her sister.

Roland Jack Spencer III was 3 years old on May 25, the last day he was seen in the area of Knight Lane and Campbell Road in Wapato. Known as Jack, the Native boy with a scar on his abdomen wore a long-sleeved red T-shirt with white stripes on the sleeves, brown corduroy pants and tan boots when he disappeared, according to information on The Charley Project.

Jack, who was mentally disabled and suffering from epilepsy and hearing loss when last seen, would be 39 today. He has been declared legally dead, according to The Charley Project — he was presumed dead on Nov. 6, 2000, another website says — but his case remains unsolved.

Those sites devoted to missing person cases, along with Jack’s National Missing and Unidentified Persons System (NamUs) profile, all show the same small grainy photo in providing information about him.

“Just looking at that little picture of Jack where he’s smiling; he looks happy. What in the world could have happened that that little boy would just disappear?” asked Janet Franson, a retired law enforcement officer who created the Lost and Missing in Indian Country page on Facebook and has posted information about Jack and dozens of other missing Native children and youth.

May 25 is National Missing Children’s Day. President Ronald Reagan proclaimed it as such on May 25, 1983, in memory of 6-year-old Etan Patz, who disappeared while walking to his bus stop in lower Manhattan on May 25, 1979.

Pedro Henandez was convicted in 2017 of kidnapping and murdering Etan, but the case remains active with the National Center for Missing and Exploited Children because Etan’s body was never found.

The U.S. Department of Justice usually commemorates May 25 with activities honoring police and citizens for their efforts to rescue missing and exploited children. There is no in-person ceremony this year due to the coronavirus pandemic, but a website serves as a virtual commemoration.

More than 600,000 individuals go missing in the United States every year, according to NamUS. Tens of thousands of individuals remain missing for more than one year. NamUs primarily receives reports of long-term missing person cases, with 92% of its missing persons currently gone one year or more, said B.J. Spamer, executive director for operations.

Though the NCIC database is available only to law enforcement, NamUS is public and has 3,088 missing child cases, with 100 in the state of Washington, Spamer said. The Washington cases include Richard “Cody” Haynes, a Kittitas boy who was 11 when he went missing in September 2004.

Spamer said 86% of juvenile cases on NamUS involve a child who went missing more than a year ago. Adams, of Selah, was last seen on Pomona Road on June 1, 1978. Because she was a chronic runaway, her disappearance wasn’t reported to police until 2004, according to her profile on The Charley Project. That came at the request of the Green River Task Force.

A student at White Swan High School, Hannigan disappeared after she was discharged from the hospital on Christmas Eve 1971 for treatment of numerous bruises on her head and chest. Her sister, Trudi Lee Clark, died in December 2018 without answers. A recent post on the Let’s Find Janice Hannigan and Bring Her Home Facebook page notes that next year is the 50th anniversary of Hannigan’s disappearance.

Hannigan is among dozens of Native women who have gone missing, have been found murdered or who have died mysteriously on the 1.3 million-acre Yakama Reservation over decades. The database maintained by the Yakima Herald-Republic also includes Rosalita “Rose” Longee, who was 18 when she went missing from Wapato on June 30, 2015, and Jack’s mother, Celestine Faye Spencer, 21, of Wapato.

Jack lived with relatives after his mother was found dead at the bottom of a gully in a field off McCullough Road along the north slope of Ahtanum Ridge on Nov. 11, 1982. She had been missing for about two weeks.

Spencer, who died of hypothermia, was among several Native women whose bodies were found in remote locations on the Yakama Reservation in a string of cases beginning in 1980 and spanning two decades. Some of the women were strangled, while others died of hypothermia. Some deaths were undetermined.

Circumstances that led to Spencer’s mysterious death have never been explained, and Franson thinks it’s just as important to find out what happened to her son.

“Because he was so young, they usually get forgotten pretty fast, and there’s no DNA,” said Franson, who also worked for the National Center for Missing and Exploited Children for five years. The center handles cases of missing or exploited children from infancy to young adults through age 20.

Franson not only posts information about missing Native people and children on Facebook, she helps investigate cases. She wants to find out what happened to Jack. If relatives want to give DNA, she will help arrange it. Those who would like to give DNA or provide information can call or text her at 325-423-2458.

“Where is baby Jack? Some of us are still looking for him,” she said. “You have to always have hope.”

WHEREAS, a missing person is someone who has disappeared and their status as alive or dead cannot be confirmed as their location and fate are not known; and

WHEREAS, medical examiners and coroner's offices in the United States hold more than 40,000 sets of unidentified remains, a number large enough to represent a small city; and

WHEREAS, when a person goes missing it can be an adult, teenager, or a child, and health risks, natural disasters, unplanned circumstances or those who are taken against their will fall into a list of statistics and they can all apply to us; and

WHEREAS, minorities, those who suffer from mental disorders and substance abuse who go missing often receive little attention from authorities and little sympathy from the public; and

WHEREAS, every missing person is a human being and deserves to be looked for regardless of age, gender, mental disorder or substance abuse; and

WHEREAS, the missing and unidentified have family and friends that love them and miss them and continue to search for them no matter how long it might take and their lives are now lived in limbo not knowing if they should continue to hope or if they should start to grieve; and

WHEREAS, the only thing family and friends of missing and unidentified persons want is for their missing loved one to be found and they need support from their community to continue searching and to keep getting the word out; and

WHEREAS, on March 18, 2020, Governor Jay Inslee signed HB2792 "Cody's Law" that requires Washington State law enforcement agencies to enter all missing persons not found within 30 days into the National Crime Information Center (NCIC) and coroners and medical examiners in Washington State will be required to enter any unidentified remains found whose identity is still not known 30 days after the remains have been found into the NamUs beginning June 11, 2020; and

WHEREAS, if you are concerned for someone's safety and welfare and do not know their whereabouts you should file a missing person report -- there is NO waiting period.

NOW, THEREFORE, I Patricia Byers, Mayor of the City of Yakima and on behalf of the Yakima City Council, do hereby proclaim May 2020 as

“MISSING PERSONS AWARENESS MONTH” in the City of Yakima and ask all people to join me in this observance.

• Source: Michelle Joe, missing persons advocate who works with the city annually on the proclamation. Her son, Cody Turner, has been missing since July 2015.