Sign Up
Log In
Purchase a Subscription
You are the owner of this article.
Edit Article Add New Article
1 of 6 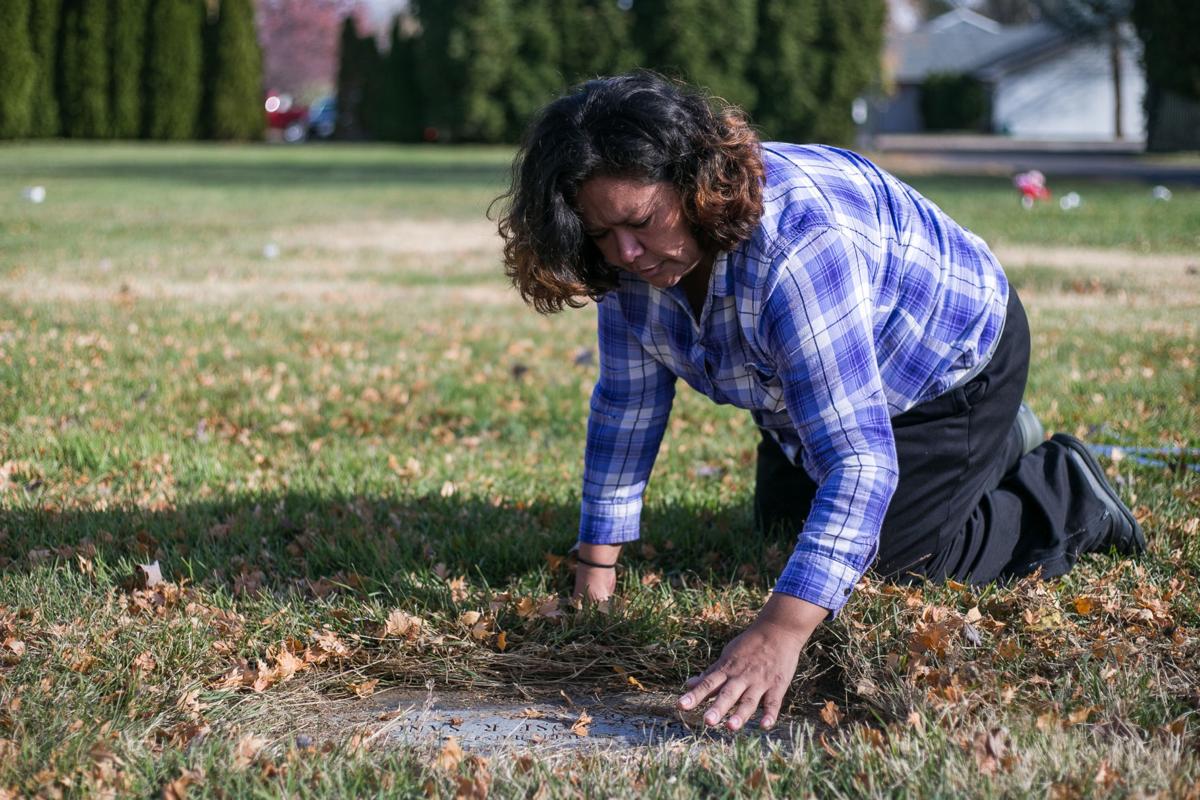 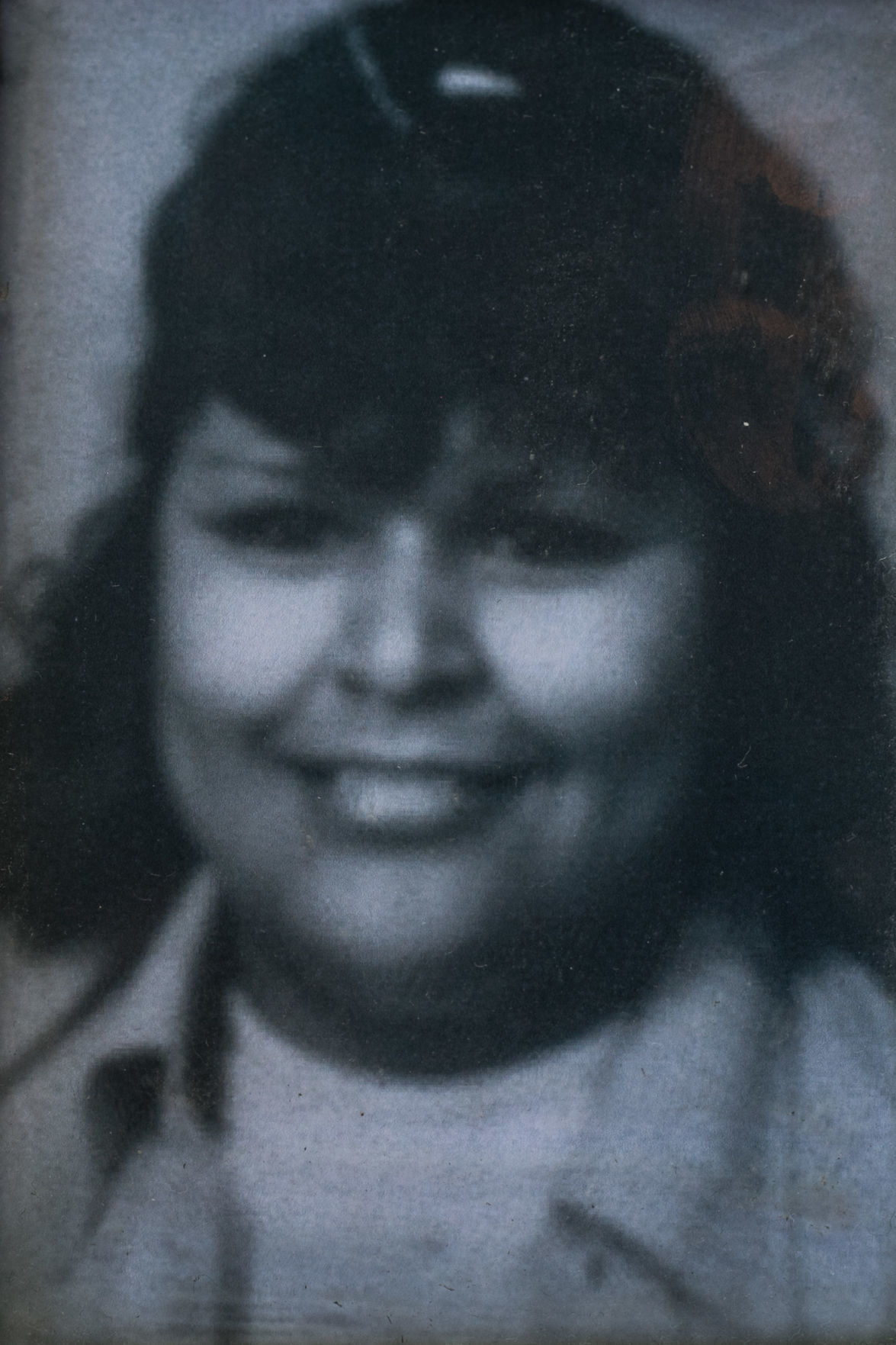 Rose Lonewarrior Rodriguez Sanchez, a citizen of the Fort Peck Assiniboine & Sioux Tribes, was murdered by her boyfriend of two months on Palm Sunday 1980. 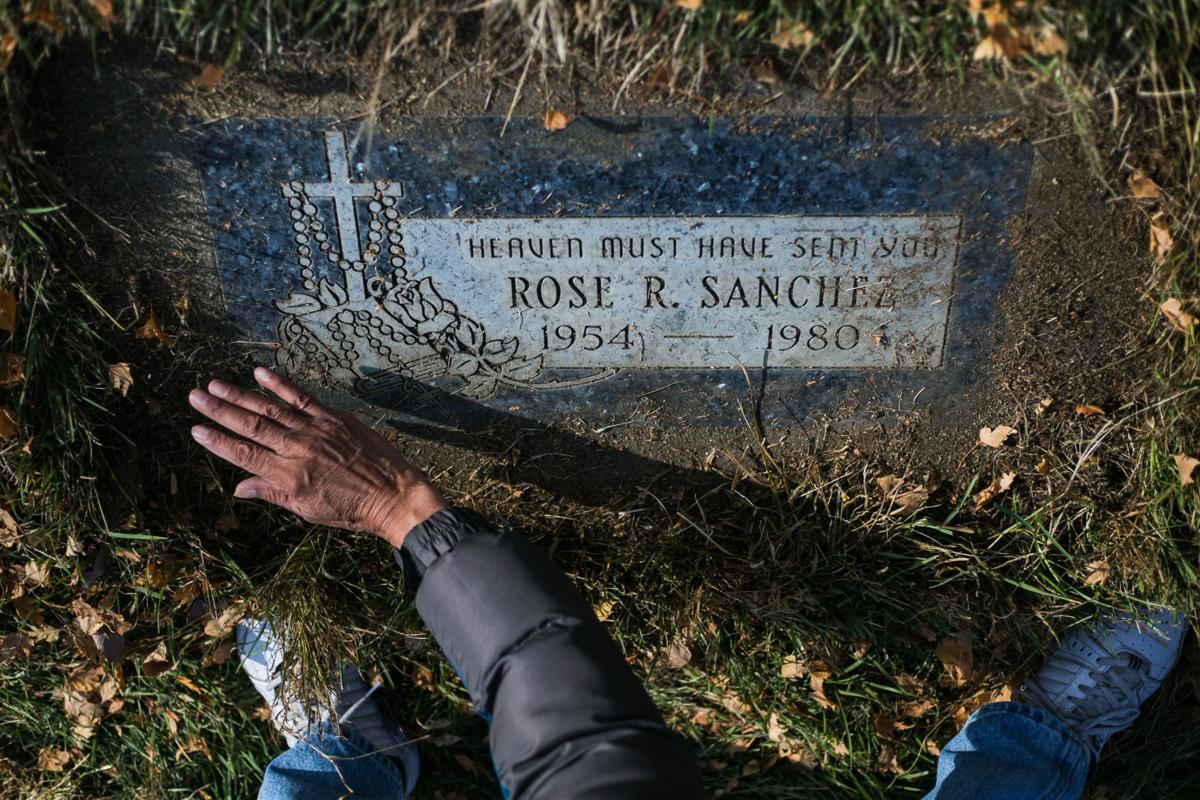 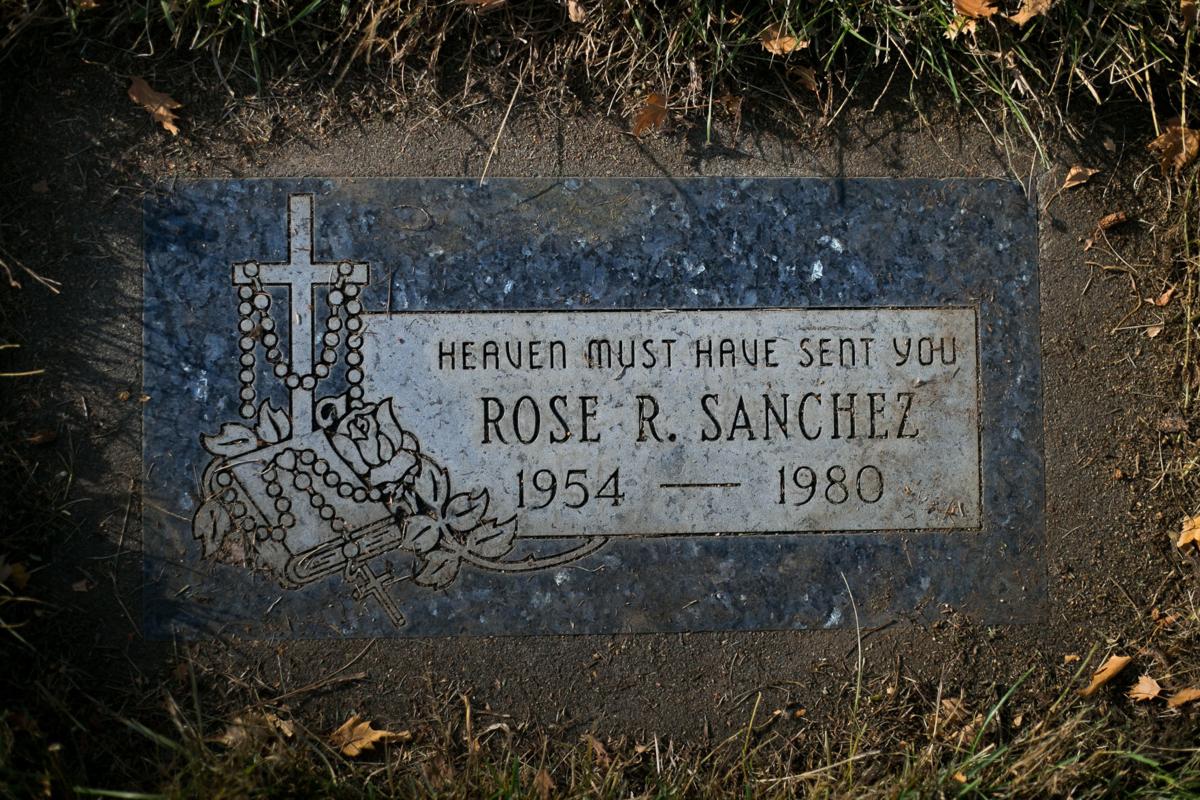 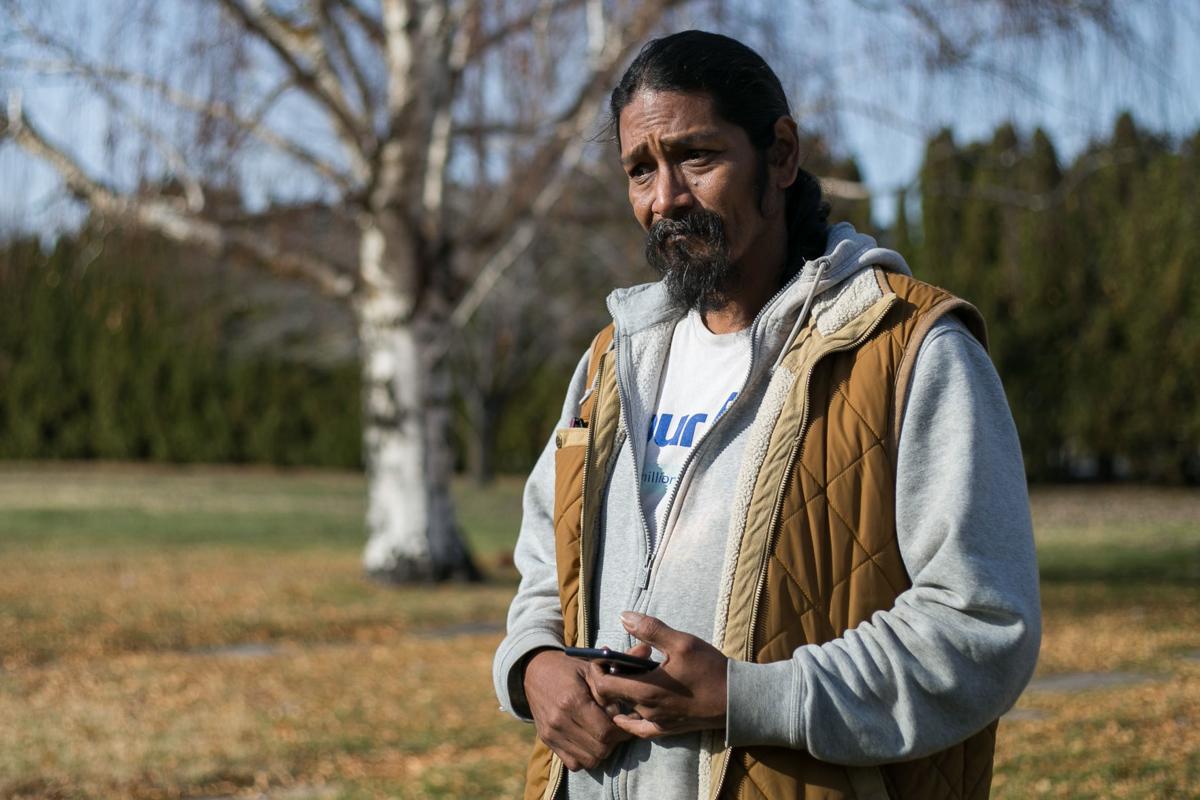 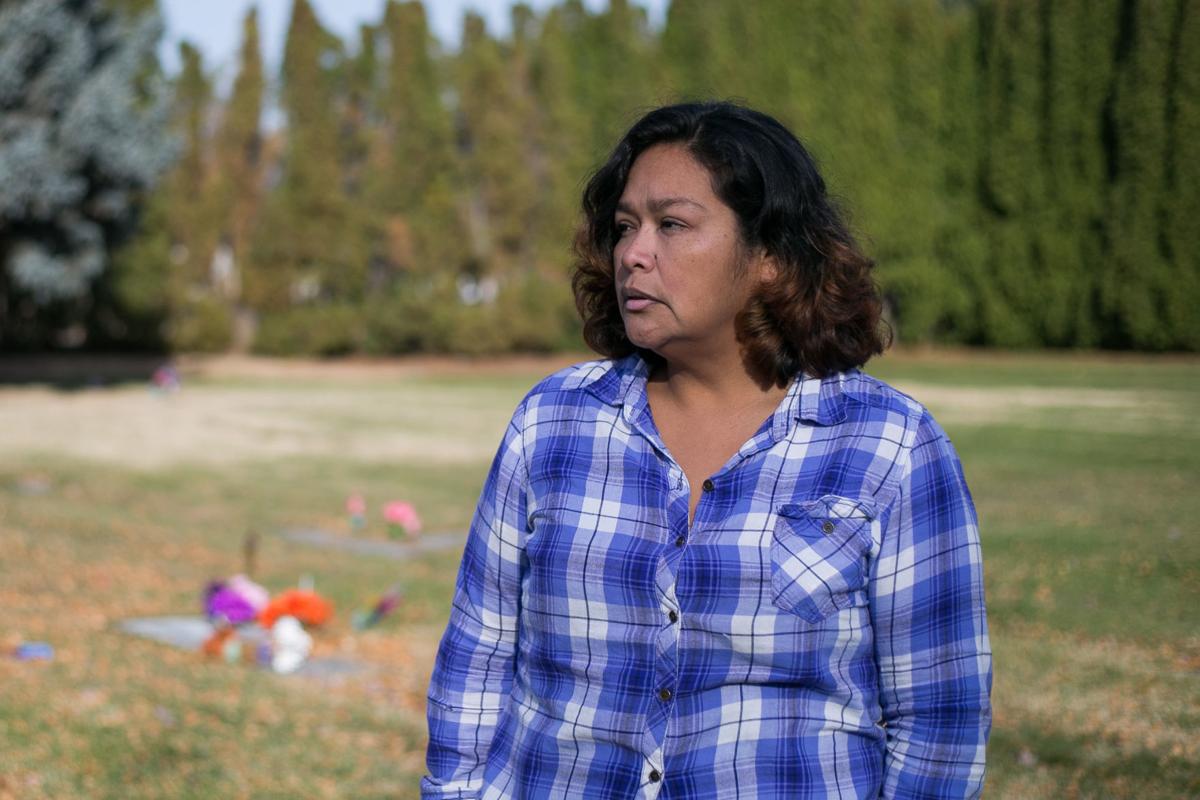 Rose Lonewarrior Rodriguez Sanchez, a citizen of the Fort Peck Assiniboine & Sioux Tribes, was murdered by her boyfriend of two months on Palm Sunday 1980.

She and her four siblings had waited nearly 18 years for this. Ignacio Serrano Casares, who murdered their mother on Palm Sunday morning in 1980, was a young man then. He and their mother, Rose Lonewarrior Rodriguez Sanchez, had been dating a few months when he stabbed her in front of her three oldest children.

Casares fled without his wallet or identification, but no matter. Continuing to use aliases, he eventually settled into another life with a wife and daughter in California. He was arrested in Reedley, Calif., in July 1997, when authorities there discovered his aging Yakima County warrant, in the name of Jesus Gonzalez Abalos, during their investigation into an unrelated 1981 murder.

Garcia was 6 years old when her mother died just outside their Burwell Street home in Yakima. She and two other siblings testified against Casares, who was undergoing chemotherapy for bladder cancer during his trial. He was 44 but appeared much older, with a gaunt frame and thinning white hair.

“He looked very old and frail. I was in shock when I saw him,” she recalled.

In sentencing Casares for first-degree murder, Judge Michael Leavitt followed the state’s recommendation of 30 years in prison. “You have taken life in the presence of little children,” he told Casares, who had faced a possible life sentence.

Sanchez was a citizen of the Fort Peck Assiniboine & Sioux Tribes of Poplar, Mont. She was 26. Her youngest child was 11 months old when she died.

Native women suffer staggering levels of physical and sexual violence. More than four in five American Indian and Alaska Native women have experienced violence, and more than one in two have experienced sexual violence, according to information from the Indian Law Resource Center. High rates of domestic violence continue through generations, impacting countless lives on and off reservations.

Sanchez’ oldest child, Ben Jones, was 9 when his mother died. He had never forgotten the scene, diagramming what happened for the jury. But his precise memories left a terrible mental legacy mended only by six years of intensive therapy. Jones left the Yakima Valley as a teen, returning several months ago after living for years in North Carolina.

“I always remember my mom saying, ‘Ben, go call the police; call the police’” as she lay dying, said Jones, who understandably becomes emotional when he remembers her.

“You never get past anything like that,” he said.

Native women rarely see their abusers punished, and family and friends whose loved ones have been murdered or died mysteriously often wait for months or years for answers and justice, if they come at all. Many cases of murdered and missing Native women on and around the 1.3-million-acre Yakama Reservation remain unsolved.

Sanchez’ children are thankful they got closure after years of waiting. They understand what many Native families are going through. They have known the pain, the frustration, the anger.

“We grew up without a mom. I’m just grateful that we didn’t have to wonder where she was. ... I couldn’t even imagine what families go through (if they) don’t know what happened” to their loved one, Garcia said.

Sanchez rests under a small flat stone in a newer section of Tahoma Cemetery in Yakima. Etched into the gray granite are her birth and death years and her first and last names, separated by the initial of her maiden name, Rodriguez.

“Heaven must have sent you,” it says.

Garcia has just one photo of her mother, a small black and white portrait. Sanchez is smiling broadly, her face wreathed by curly, shoulder-length black hair. Though she doesn’t know for sure, Garcia thinks her mother was about 24 years old when it was taken.

Visiting their mother’s grave on a breezy fall day, Garcia and Jones stood as their father, Antonio Sanchez Jr., sat in the car nearby. Garcia carefully brushed off leaves covering the stone.

“We don’t get here very often,” said Garcia, who lives in Yakima. “On Mother’s Day, sometimes on her birthday.”

Sanchez was born on Jan. 12, 1954, in Poplar, Mont., and grew up in Wapato. That’s where their parents met, Garcia said. Their father was born in Texas and had moved to Wapato with his family because work was available.

“They lived on Camas Avenue,” two blocks apart, Garcia said. “She was 16; he’s 10 years older. She used to walk by and he would be sitting on the porch.”

One day, they started talking. They married on Valentine’s Day, 1970. Jones was born that year, Garcia three years later. The couple would have three boys and two girls.

They separated after several years but never divorced. Rose Sanchez moved into a duplex at 1406 Burwell St. with her children, her sister in the other unit. Sanchez and Casares had been out drinking on the Saturday night before he murdered her, Garcia said.

They were back at her home when the couple began arguing. Casares thought Sanchez was cheating on him.

“He tried to get physical with my mom. He said, ‘I’m going to kill you,’” Garcia recalled. The argument got out of hand, she said, and Casares picked up a kitchen knife and pushed Sanchez outside.

Sanchez told him to leave. Casares grabbed her from behind and she fought back, biting him on the arm. He stabbed her once in the lower abdomen and she collapsed atop his wallet, which slipped out of his pocket in the struggle.

“The night he killed my mom, he was digging through her purse,” Jones said. “He was frantic. He kept telling me this in Spanish. ... He kept (saying), ‘I’m looking for a card,’” which was his driver license, Jones added.

Jones ran for help, stopping four houses away when he saw a light on and banged on the front door until someone answered. Garcia ran several blocks to their grandmother’s house, a memory prompted only by Jones.

Jones left the Yakima Valley as soon as he could, when he was 16. He moved around the United States over the years, returning occasionally. He was back when he and his siblings learned from Yakima Police Department officers that Casares had been arrested in California.

“Did they even know he was a murderer?” Garcia wondered about Casares’ wife and child.

Casares died of natural causes, according to the Washington State Department of Corrections, though information on where and when he died was not available.

Six years of intensive therapy in his 30s helped Jones deal with their mother’s murder.

“She taught me how to leave it in the office,” he said of his therapist. “That helped me go on with my life and function better. ... I was thankful for my therapist. She saved my life.”

Though he’s living in Yakima for now, Jones may leave again. Returning has brought back “a lot of weird memories,” he said.

Garcia plans to move to the Southwest. She cares for their father and it would help his health.

As the Native mother of two sons, Garcia has worked throughout their lives to break the cycle of domestic violence. She is proud of the young men they have become. As she continues to honor and learn more about her mother, she is doing the same with her father.

“I’m interviewing my dad; I’m doing my own little book on him for my sons,” she said.

Julia Garcia contacted the Yakima Herald-Republic so she could add her mother's name to the list of murdered, missing and mysterious deaths of Native girls and women on or near the Yakama Reservation and in urban areas.