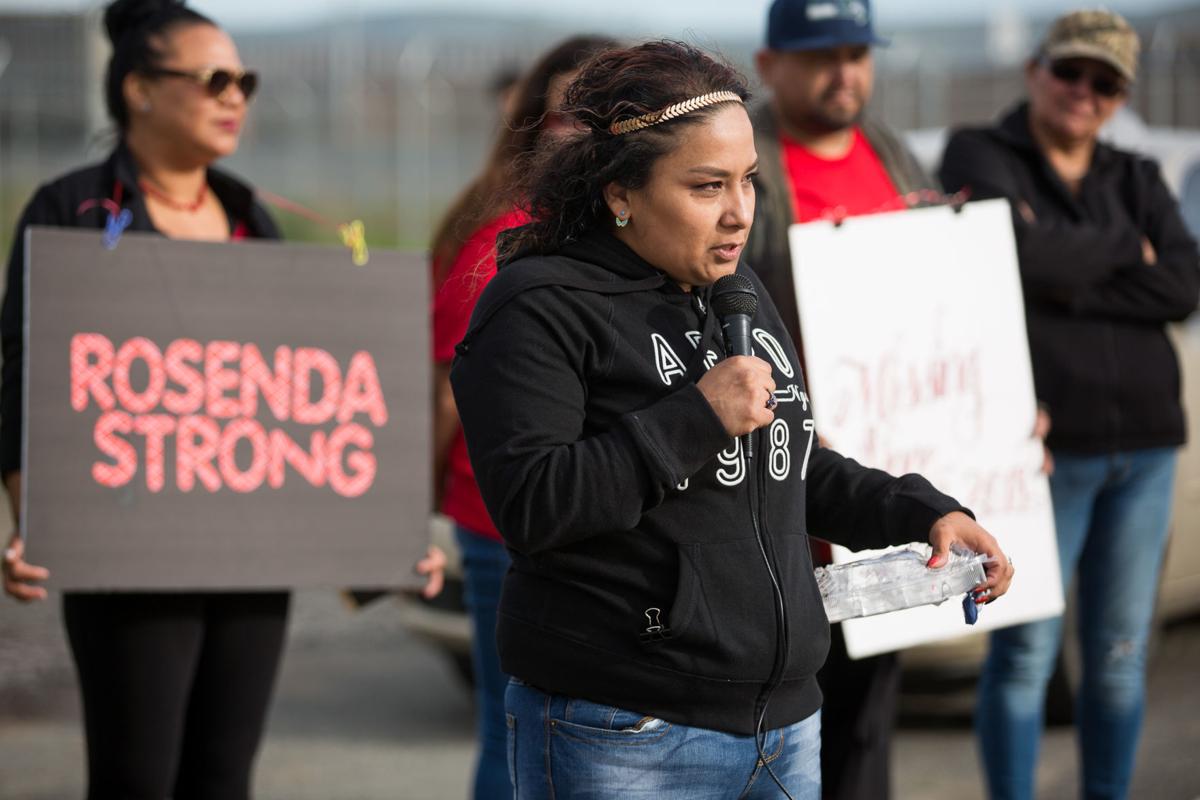 FILE — Cissy Strong Reyes asks the crowd to release any information about the disappearance of her sister, Rosenda Strong, on Tuesday, April 16, 2019, at Yakamart, 111 Fort Road in Toppenish, Wash. Reyes and cousin Roxanne White organized a balloon release in honor of Rosenda’s 32nd birthday. Rosenda Strong was last seen Oct. 2, 2018, after visiting Legends Casino with a friend in Toppenish. Her body was found July 4 in an abandoned freezer on the Yakama Reservation. 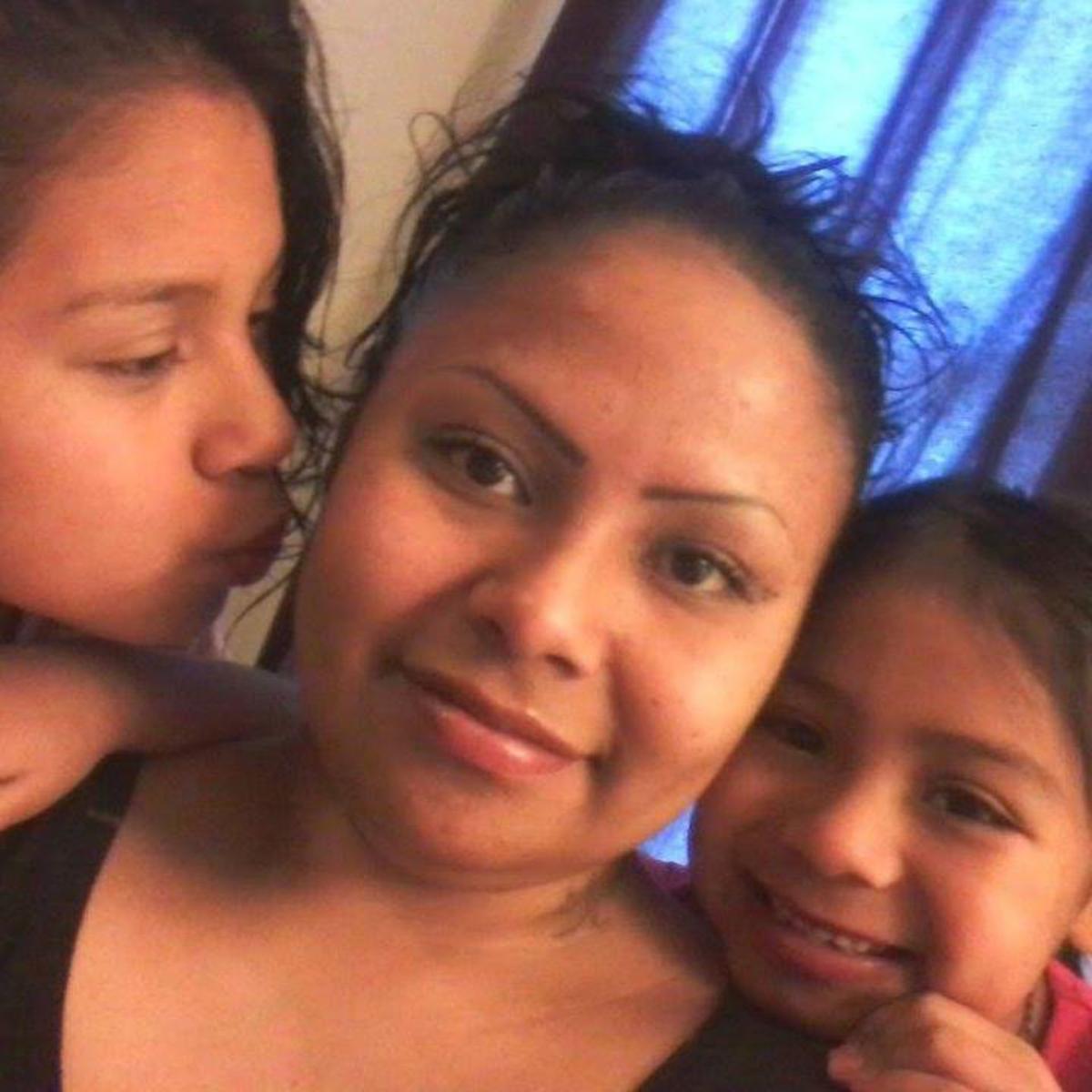 FILE — Cissy Strong Reyes asks the crowd to release any information about the disappearance of her sister, Rosenda Strong, on Tuesday, April 16, 2019, at Yakamart, 111 Fort Road in Toppenish, Wash. Reyes and cousin Roxanne White organized a balloon release in honor of Rosenda’s 32nd birthday. Rosenda Strong was last seen Oct. 2, 2018, after visiting Legends Casino with a friend in Toppenish. Her body was found July 4 in an abandoned freezer on the Yakama Reservation.

With confirmation that a body found July 4 in an abandoned freezer was her missing sister, Cissy Strong Reyes started planning to have Rosenda Sophia Strong buried next to their mother in Oregon.

Strong, 31, was a citizen of the Confederated Tribes of the Umatilla Indian Reservation, which is where their mother rests.

Using dental records, authorities confirmed July 12 that remains found in a freezer by two homeless men in the 64000 block of U.S. Highway 97 were those of Strong, a mother of four. She was last seen on Oct. 2, when she left Reyes’ home with an acquaintance to visit Legends Casino in Toppenish.

Because Strong’s death has been classified as a homicide and the cause of her death remains under investigation, forensic tests continue. That means Reyes will not be able to take her sister home for burial as soon as she hoped, she said in a Wednesday update on Facebook, on her personal page and her Help Us Find Rosenda Strong page.

It could take up to two months to get results from those tests, according to Reyes’ post.

“Not what I wanted to hear but it is what it is,” Reyes posted Tuesday.

Throughout the nearly 300 days Strong was missing, Reyes and their brother, Christopher Strong, stressed their constant hope she would come home, or they could bring her home for burial near their relatives.

Investigators may also need to keep some remains for evidence if the case should ever go to trial, Reyes posted, but they won’t know if that’s the case until the laboratory exams are complete.

The family of Felina Metsker, a young Native mother who went missing in March 2016 and was found murdered that May, were able to bury her only after the trial of George Skylar Cloud concluded in January. He was sentenced to life without parole for killing Metsker. He also received two consecutive 10-year prison sentences for discharging a firearm in crimes of violence.

Reyes became an increasingly outspoken advocate for her sister and other missing and murdered indigenous women throughout the search for her sister. Her family held a vigil July 14 in Toppenish to remember Strong.

“My baby sister didn’t deserve to be found in a freezer,” Reyes said.

"We have her back; not the way we wanted." Body near Toppenish confirmed as Rosenda Strong

Information sought about woman missing from Toppenish since early May

TOPPENISH — A small gathering to remember a Native woman who was murdered is scheduled Sunday, a year to the day after remains found earlier i…