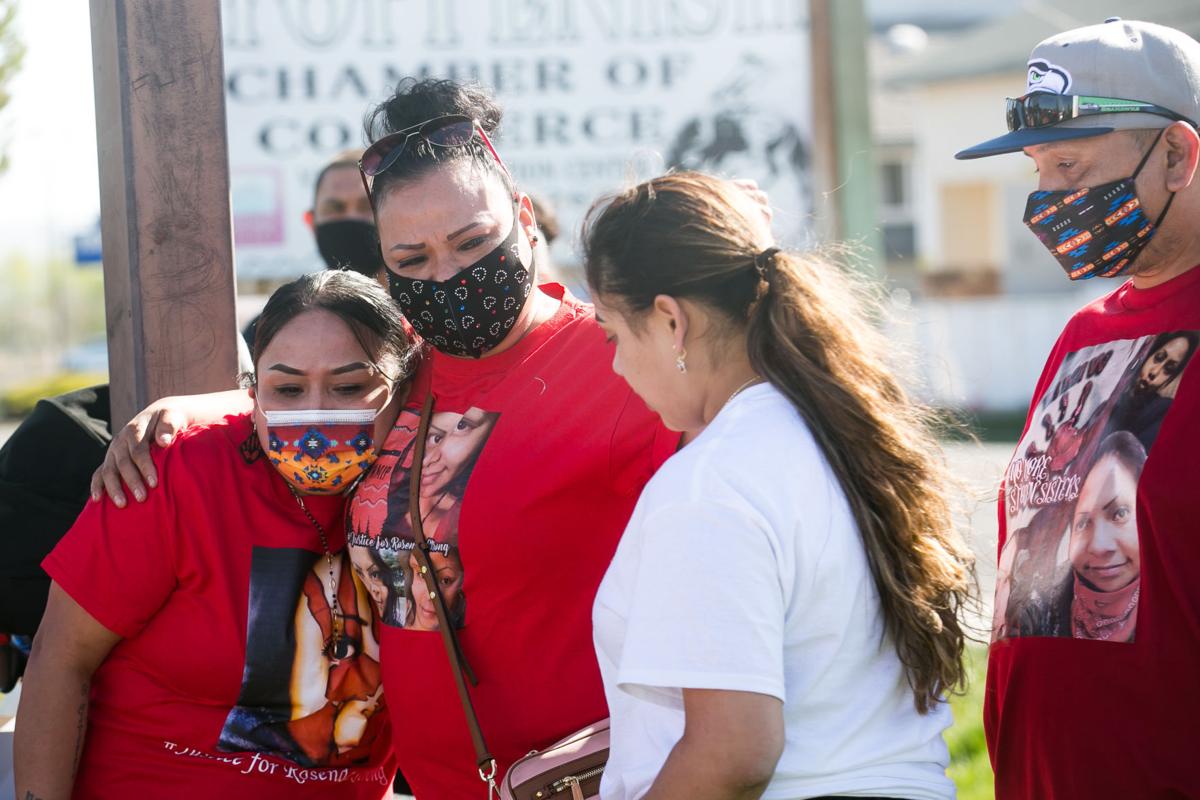 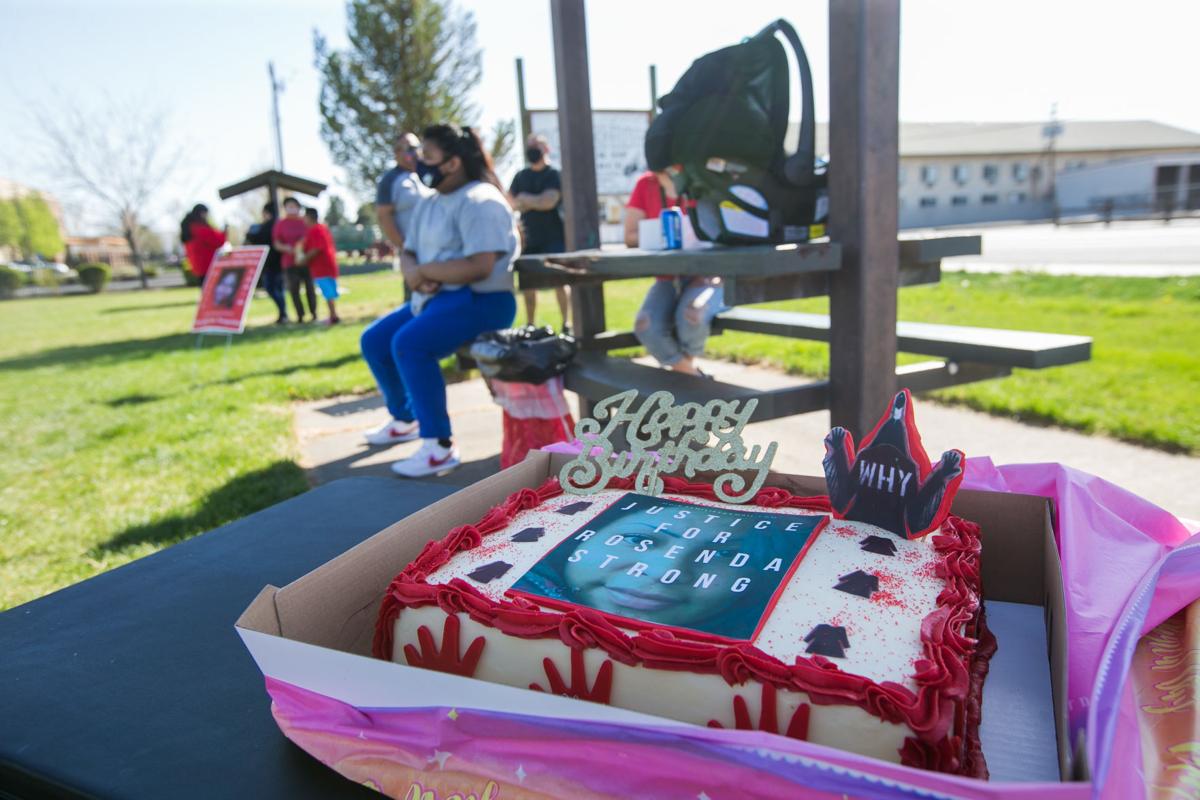 A birthday cake made by For Heaven's Cake in Union Gap is seen dedicated to Rosenda Sophia Strong Friday, April 16, 2021, at Pioneer Park in Toppenish, Wash. 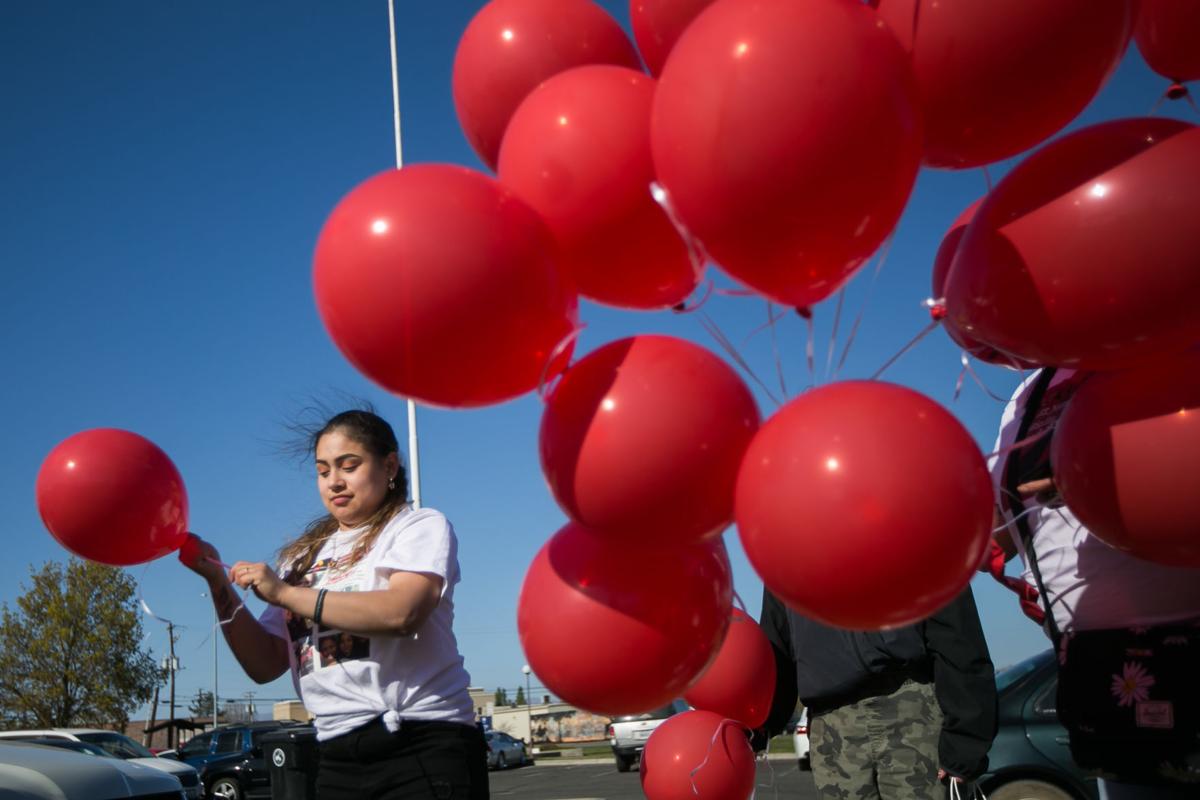 Karman Strong, daughter to Rosenda Sophia Strong, prepares to say a prayer and release a balloon in honor of her mother's birthday at Pioneer Park in Toppenish, Wash. 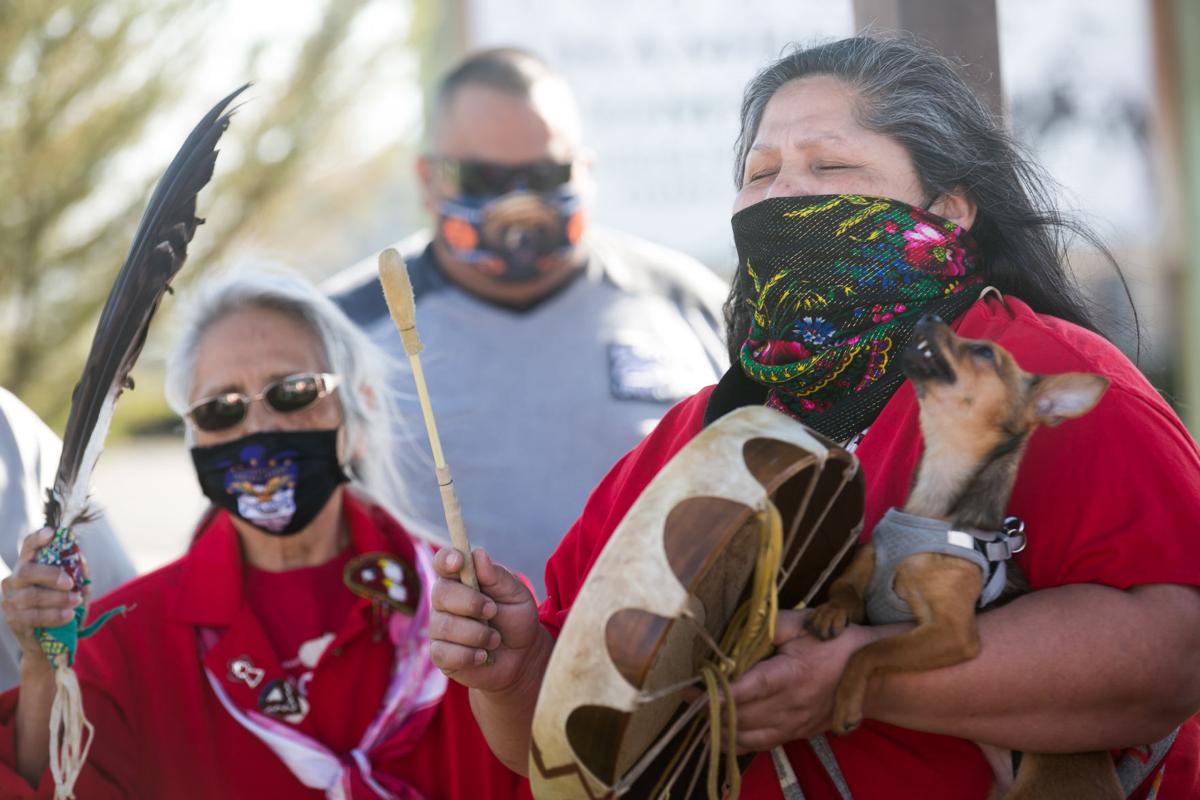 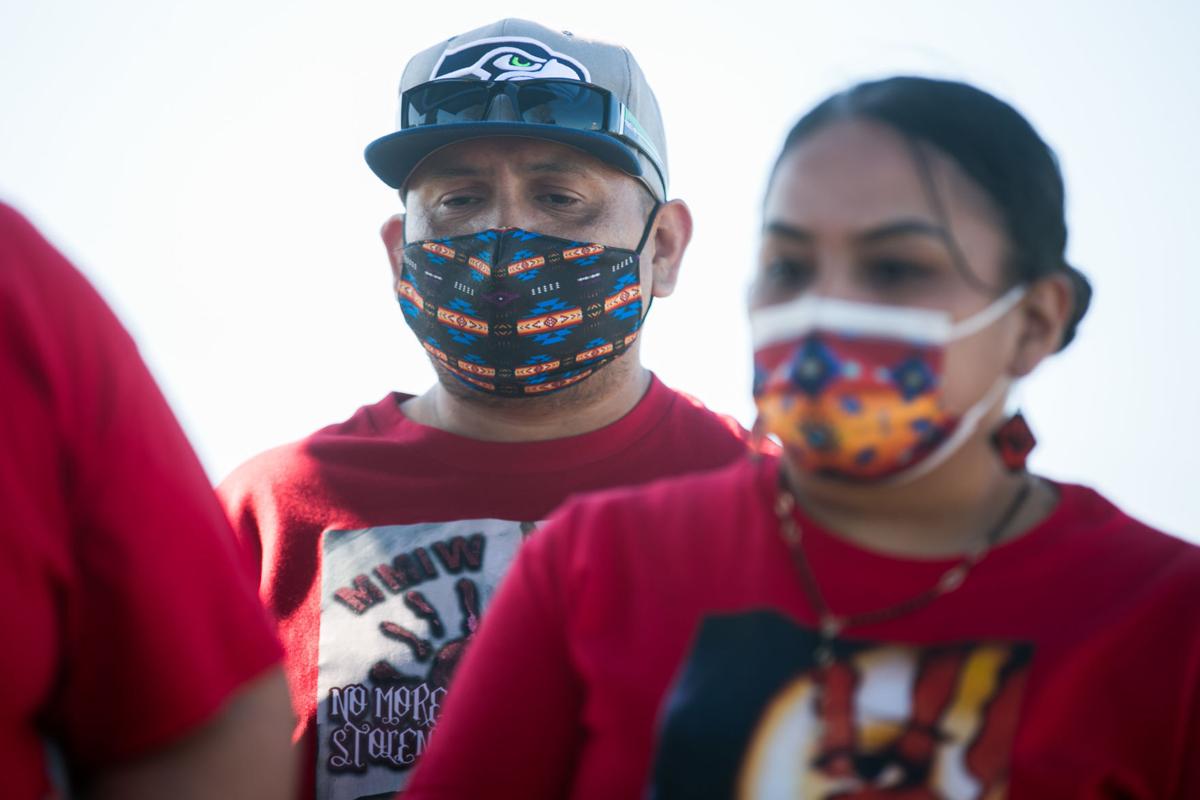 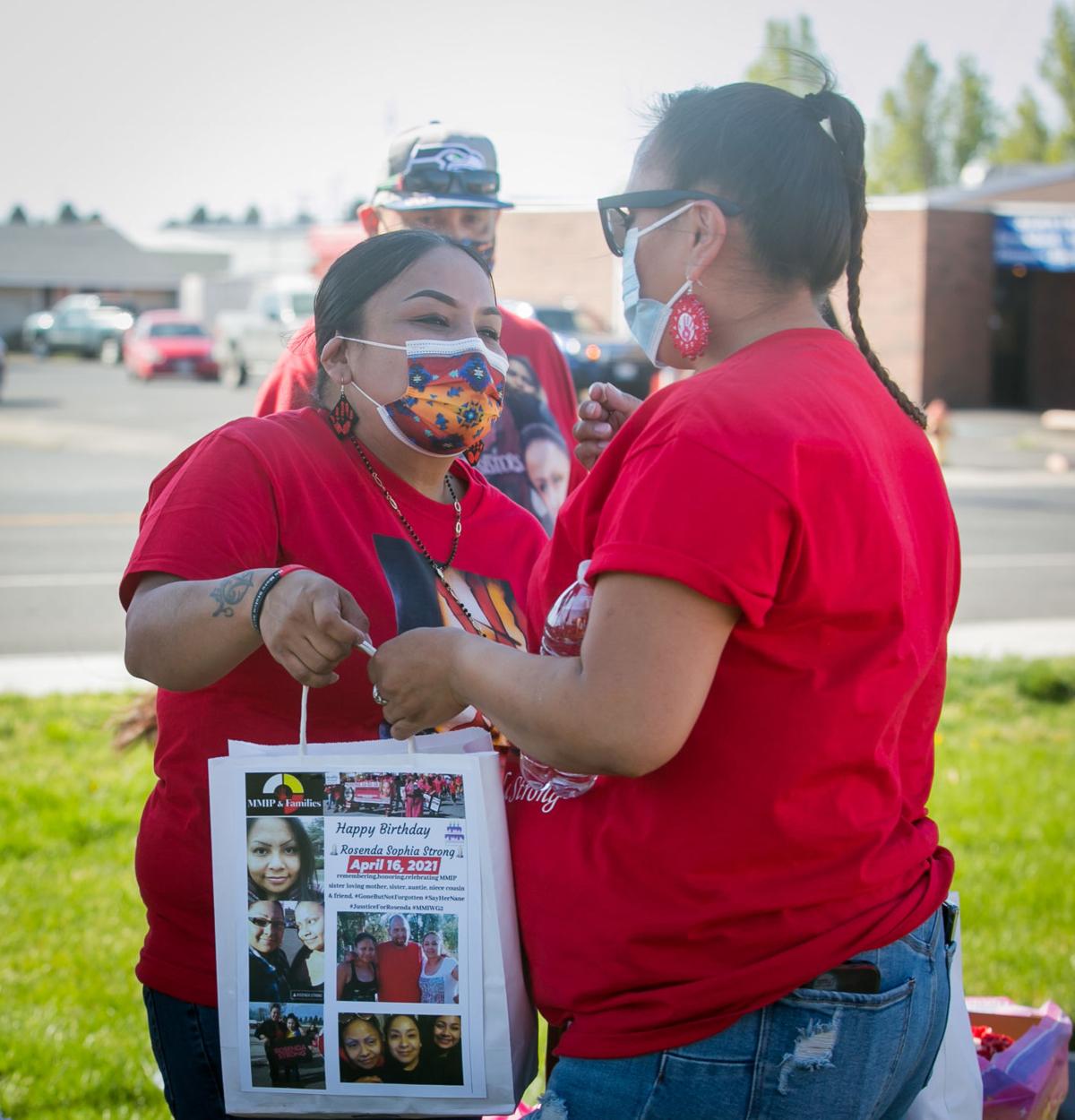 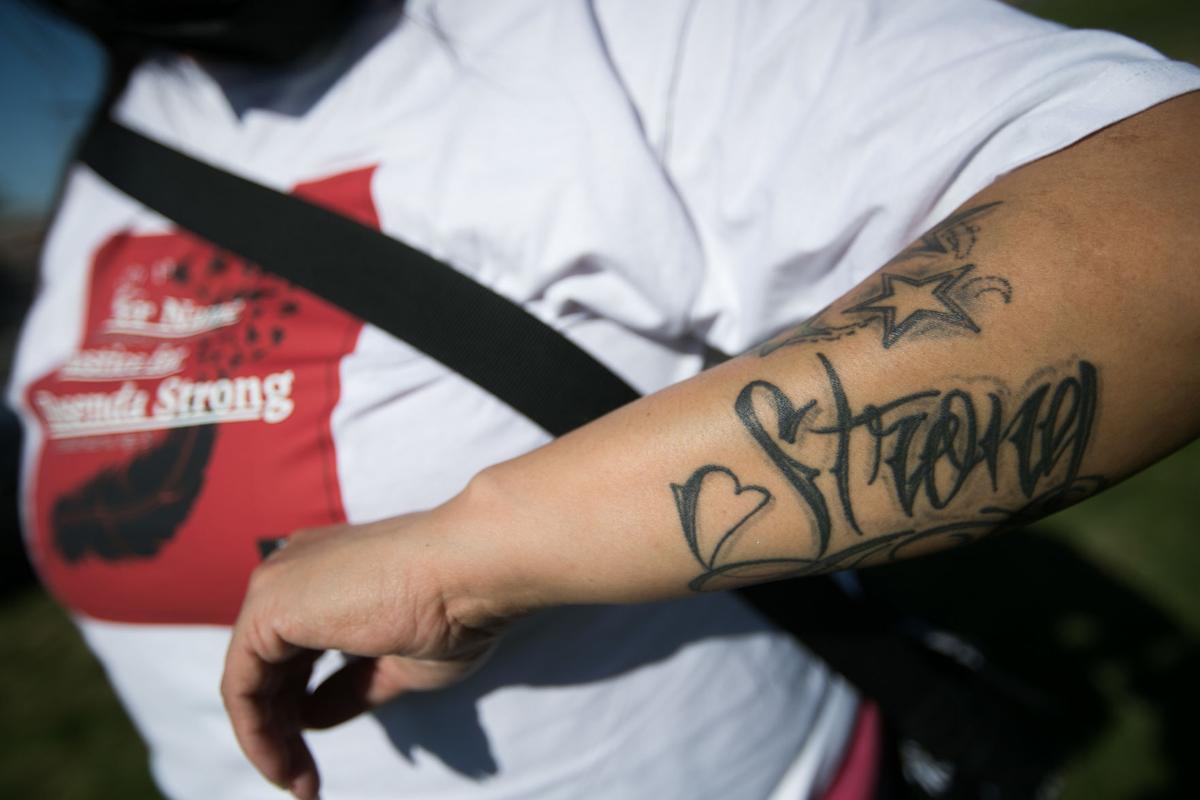 Cecelia Strong displays a tattoo with her family name Friday, April 16, 2021, as she celebrates Rosenda Sophia Strong’s birthday with close relatives and friends at Pioneer Park in Toppenish, Wash. 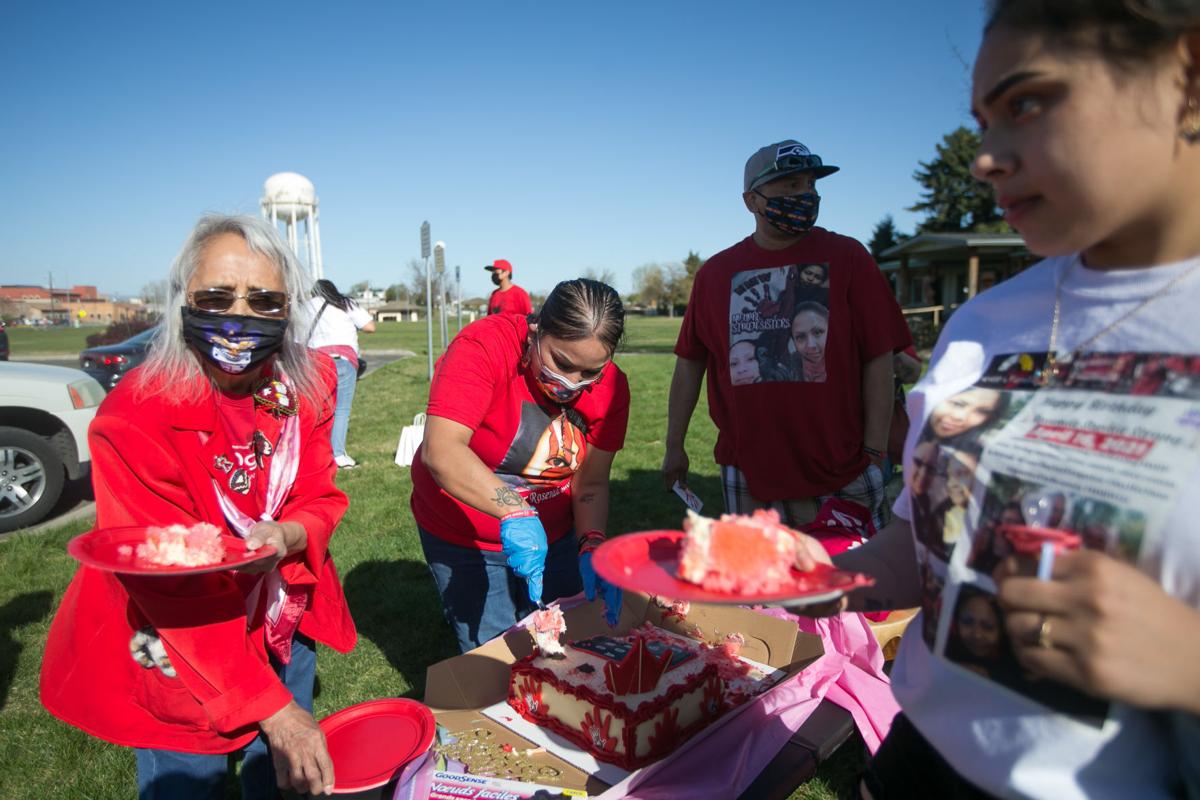 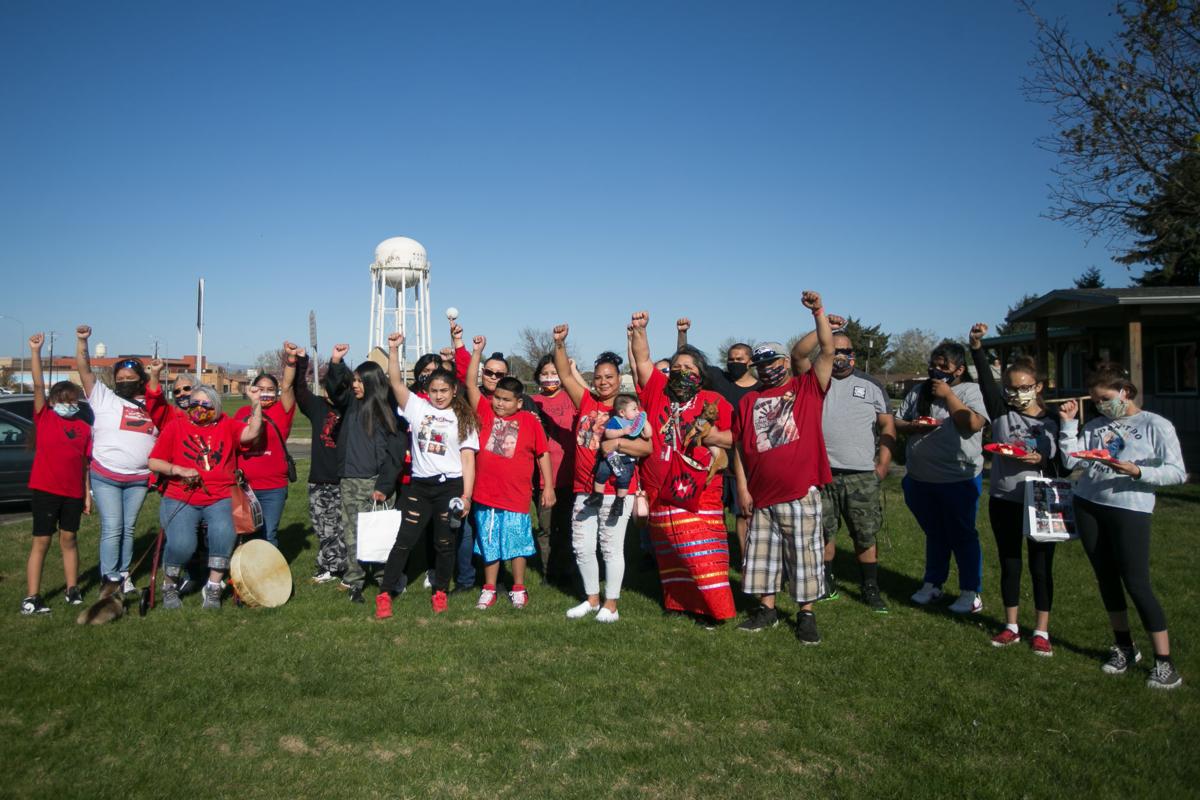 A birthday cake made by For Heaven's Cake in Union Gap is seen dedicated to Rosenda Sophia Strong Friday, April 16, 2021, at Pioneer Park in Toppenish, Wash.

Karman Strong, daughter to Rosenda Sophia Strong, prepares to say a prayer and release a balloon in honor of her mother's birthday at Pioneer Park in Toppenish, Wash.

Cecelia Strong displays a tattoo with her family name Friday, April 16, 2021, as she celebrates Rosenda Sophia Strong’s birthday with close relatives and friends at Pioneer Park in Toppenish, Wash.

TOPPENISH — Rosenda Sophia Strong should have been at Pioneer Park on Friday to celebrate her 34th birthday with her sisters and brother, daughter and grandson, other relatives and friends.

More than 30 people gathered for Strong that afternoon to sing “Happy Birthday” and enjoy an elaborate cake from For Heaven’s Cake in Union Gap. But as they celebrated her life and their memories of and love for her, there was sadness and continued hope for answers and justice as the investigation into her homicide continues.

“Thank you for taking the time out of your day to come and remember Rosenda on her birthday,” said Strong’s cousin, Roxanne White. She and Lorie Thomas traveled from Seattle to Toppenish “because we know how important these gatherings are to families impacted by this crisis,” White added.

Strong, a mother of four, disappeared on Oct. 2, 2018. Her remains were found in an abandoned freezer a few miles outside of town on July 4, 2019. She is among numerous missing and murdered Native women, girls, men and boys on and beyond the 1.3-million-acre Yakama Nation reservation. Many cases are unsolved. Some are decades old.

“This impacted a whole family and this impacts our whole community,” White said. “They don’t get to get away with murder. We’re not going to rest until every person is prosecuted to the fullest.”

It was a beautiful afternoon, though the persistent wind played havoc with bunches of red balloons that people released before Strong’s sister, Cissy Strong Reyes, cut the cake and others began handing out pieces. Reyes organized the gathering and has worked with White and others to advocate for missing and murdered Indigenous people and their families.

“I would have loved to have heard her today,” Reyes said of her sister. “We miss her. She was supposed to be here. I’ll just continue to do what I’m doing for her.

“Just know that we’re not going to give up.”

“May 5 is not a celebration. It’s a memorial of all these women and girls who have gone missing and have been murdered in Indian Country,” White said.