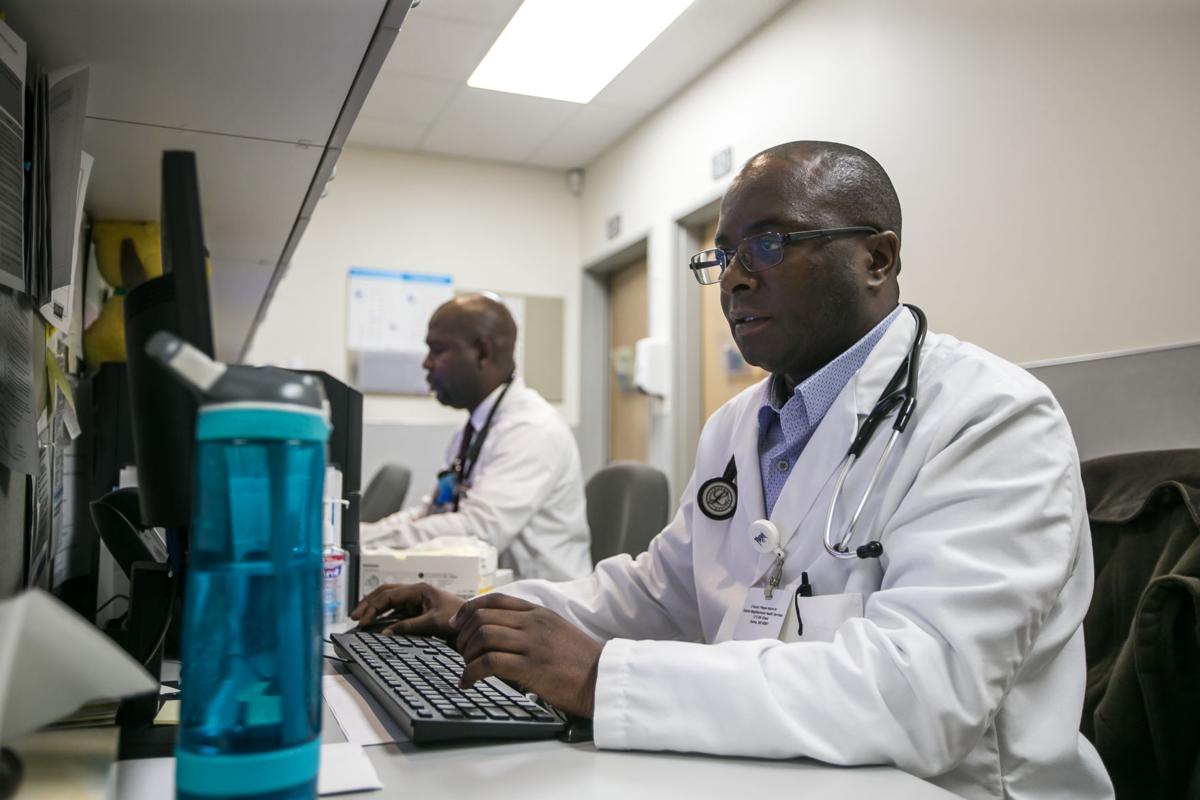 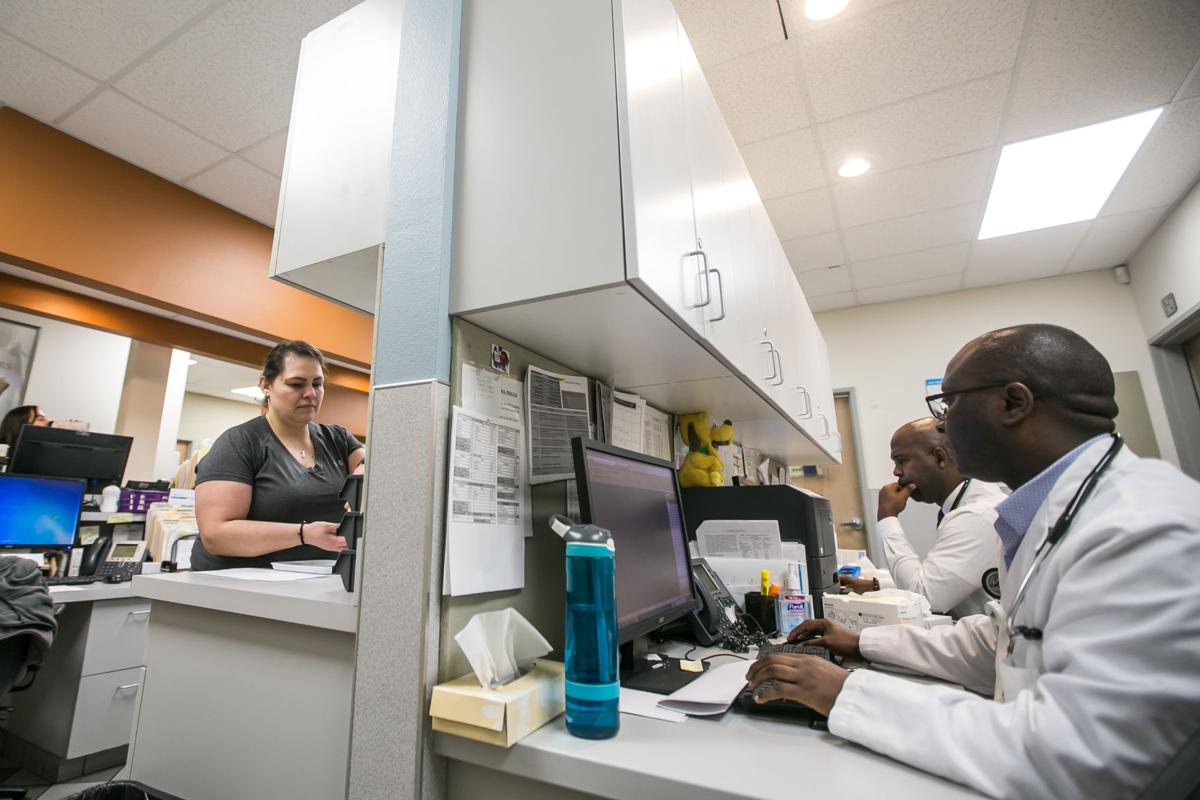 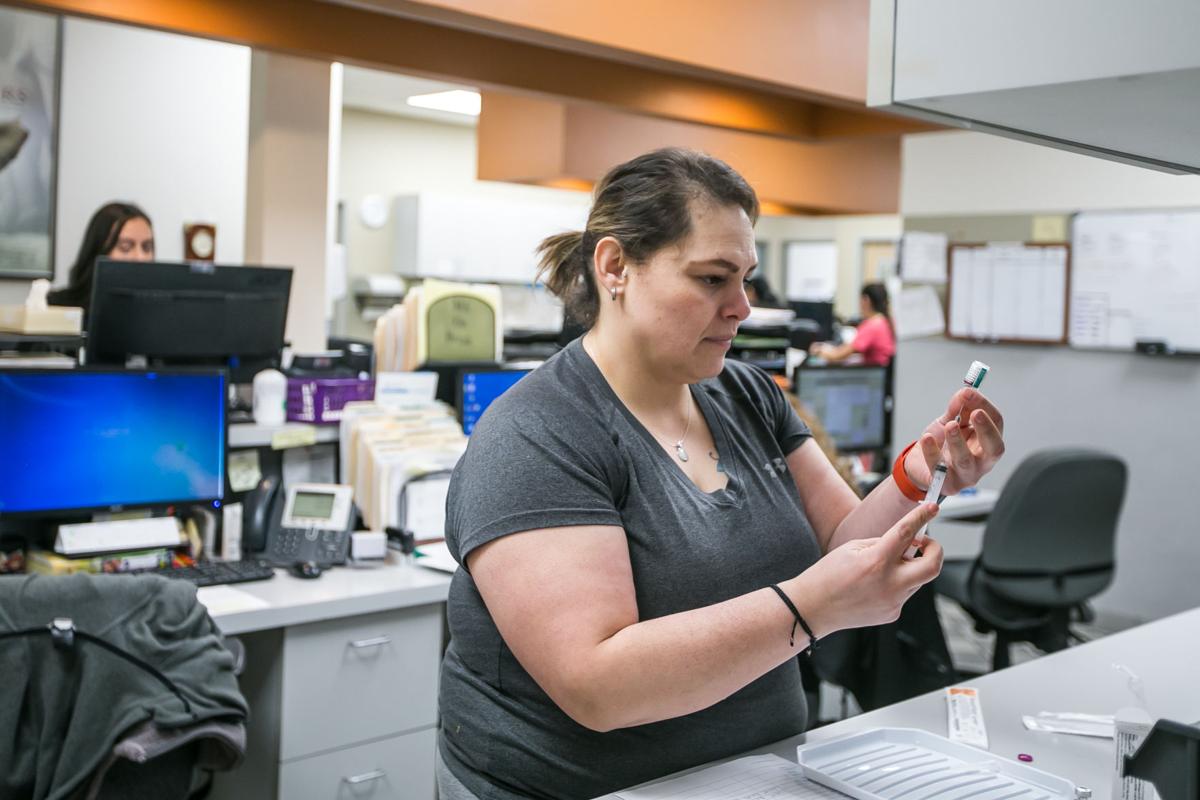 Monica Arriag, CMA/team leader for pediatrics, prepares a flu and ammonia vaccine for her next adult patient at Neighborhood Health Services, 12 S. 8th St. in Yakima, Wash., on Thursday, Jan. 10, 2019. 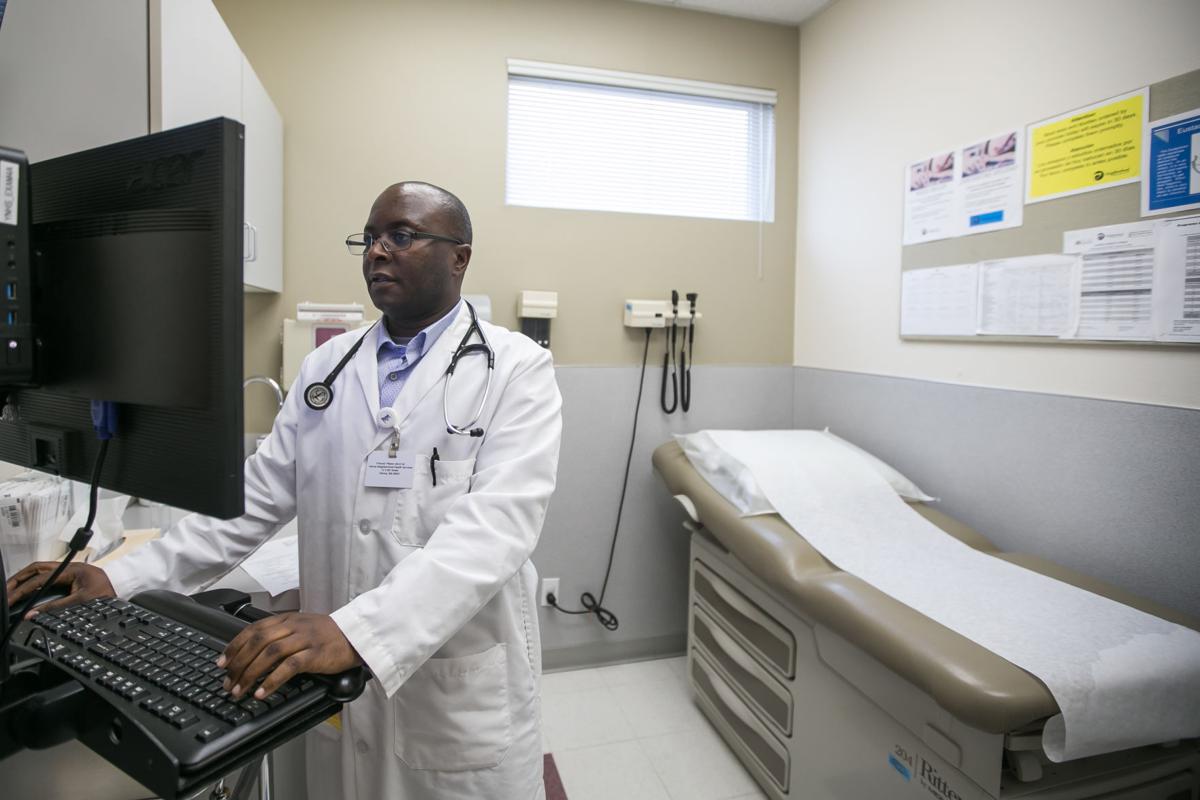 Monica Arriag, CMA/team leader for pediatrics, prepares a flu and ammonia vaccine for her next adult patient at Neighborhood Health Services, 12 S. 8th St. in Yakima, Wash., on Thursday, Jan. 10, 2019.

Editor’s note: This story is part of a yearlong series about veterans in the Yakima Valley. On the 11th of each month, the Yakima Herald-Republic will talk to area veterans about their experiences and explore connections in the community. If you have a story idea, email news@yakimaherald.com with “Valley Vets” in the subject line. To read these and other stories of those who’ve served, and see the series’ videos, visit www.yakimaherald.com/valley_vets.

YAKIMA, Wash. -- The Department of Veterans Affairs takes its motto from Abraham Lincoln’s second inaugural address: “To care for him who shall have borne the battle and for his widow, and his orphan.”

But a common complaint among veterans, particularly in Central Washington, is that getting medical help for war-related injuries — physical and psychological — can be difficult due to lengthy wait times for appointments and long drives to VA hospitals.

“You had to wait awhile to get appointments because there were so many veterans applying,” said Billy Kivetts, a past commander of Veterans of Foreign Wars Post 379 in Yakima.

The VA has responded to some of the concerns with programs such as allowing veterans to be treated by local doctors while remaining in the VA system, as well as using videoconferencing to allow vets to meet with health professionals.

Yakima Neighborhood Health Services is also reaching out to veterans, offering them a chance to see a doctor the same day, and is partnering with the Yakima Housing Authority to put a clinic in a planned veterans housing project on South 16th Avenue.

VA officials were not available to comment on the story due to time commitments, according to VA spokeswoman Linda Wondra.

While acknowledging issues with veterans’ health care, a member of the local VA clinic’s advisory council said the root of the problem is inadequate congressional funding, and that despite its flaws the VA provides a valuable service for veterans.

“To me, what you put into (VA programs) is what you get out of it,” said Jim Dyjak, a Coast Guard veteran who lives in Moxee. “If you go in with a chip on your shoulder, you’re going to have problems.”

Kivetts sees the VA’s mission in providing health care as part of the country’s social contract with those who served in its armed forces.

“You can’t place a dollar value on what veterans have done for their country,” Kivetts said. “Some of them are coming back with problems. It’s our obligation to take care of our veterans.”

Washington has five VA medical centers, in Seattle, Spokane, Tacoma, Vancouver and Walla Walla. They are supplemented by a network of 13 community-based outpatient clinics scattered around the state, with one on Fruitvale Boulevard in Yakima.

A 2015 study by the Washington Healthcare Access found that roughly a third of the state’s veterans were enrolled in the VA system, but Washington had the fewest VA outpatient clinics of states with similar numbers of former service members.

That means a veteran looking for health care can face a long wait — and possibly a long drive.

For a new patient, the average wait time to see a primary care physician is nearly two months at the Yakima clinic, according to the VA’s website. Scheduling a return appointment takes, on average, eight days.

The VA’s site says that if a situation is urgent, its staff will assess the issue and recommend an in-person visit, meeting with a doctor via a video connection or communicating through email.

Kivetts, who retired from the U.S. Air Force, said the wait times have improved somewhat. He remembers when it took 90 days to see a doctor.

But for his military-related medical issues, he has to go to the VA medical center in Walla Walla. Other Valley veterans make the trip over the Cascades to the VA center in Seattle.

Veterans do have the option of going to a private practitioner, with the VA picking up all or part of the bill if certain conditions are met — if a veteran lives too far from a clinic with a primary care provider or has a medical condition that the VA is unable to address, for instance. Veterans in those circumstances can participate in the Veterans Choice program, which recently received $5.2 billion in funding while a new version is developed.

Another resource that veterans can tap for health care locally is Neighborhood Health Services, which provides affordable health care for the community. Veterans go there, in part, because they can get same-day service, said spokeswoman Leah Beth Ward.

In 2018, Neighborhood Health provided services to 350 veterans at its health centers, 60 of whom were homeless, said chief operating officer Rhonda Hauff.

Some of the veterans who come in do so through the Veterans Choice program, which recognizes community health centers such as NHS, while others were not part of the program and are charged on a sliding scale.

The group also sees veterans as part of the community that needs access to affordable health care. The health service participates in the annual “Stand Down” event that offers low-cost and free resources to veterans, as well as providing medical and mental health care.

The group intends to open a clinic at the Yakima Housing Authority’s planned 41-unit veterans housing center at the old armory building next to Tahoma Cemetery.

Lowell Krueger, the housing authority’s executive director, said the plan is to have vision, dental, medical and other services available for the homeless veterans that will live at the center. The original plan was to have the VA move its clinic into the building, but the VA had not reissued a notification that it was planing to relocate.

Krueger said the authority will complete its purchase of the building in May and begin work on renovating the building and adding space for additional housing.

But Dyjak, who sits on the VA clinic’s advisory council, said there are some advantages to staying in the VA system. He said the doctors and staff are well versed in veterans issues, either being veterans themselves or from having worked with veterans on a daily basis.

He said a veteran with post-traumatic stress disorder is more likely to benefit from seeing a doctor who deals with PTSD cases all the time, as well as a community of peers who served in the military.

However, the VA needs to do a better job of touting its services to veterans, particularly younger veterans from the wars in Iraq and Afghanistan.

“We don’t see many younger people there, but they need it,” Dyjak said.

YAKIMA, Wash. -- Jim Dyjak grew up in a family with a rich military tradition.