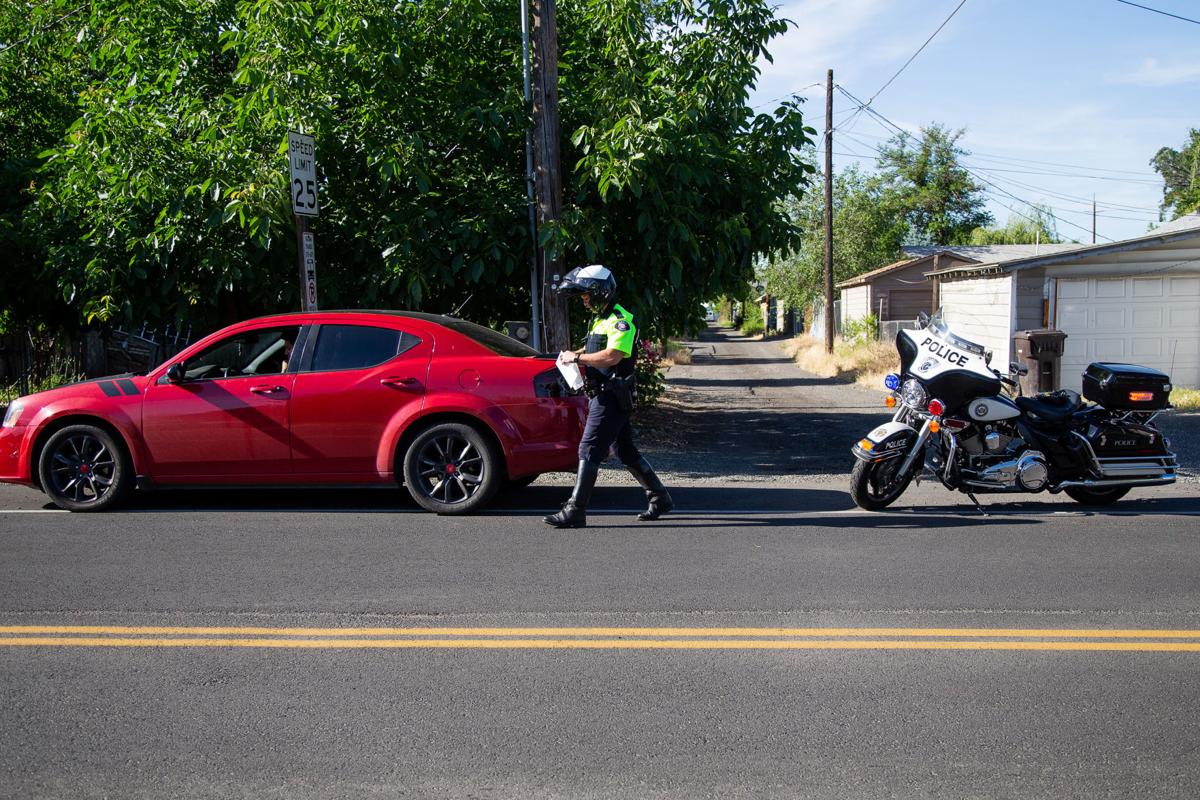 YAKIMA, Wash. -- All of us have an inner scofflaw: The little voice that persuades us — against our better judgment — to fill our restaurant-issued water cup with soda, to venture beyond the “Keep Out” sign, and especially, to drive a few miles over the speed limit when we’re late for work.

Curious about that last offense, the Yakima Herald-Republic wondered if there were spots in Yakima where a driver’s illicit impulses were more likely to get them into trouble than others. It turns out there were several.

An analysis of Yakima police traffic ticket data between 2015 and 2017 showed that, when driving on certain sections of South Fair Avenue, West Lincoln Avenue, West Nob Hill Boulevard and Summitview and Cherry avenues, motorists were at least 12 times as likely to be issued a speeding ticket than drivers elsewhere.

The five places you're most likely to get pulled over for speeding in Yakima are:

How we ranked Yakima's roads

We analyzed every speeding ticket issued by the Yakima Police Department between Jan. 1, 2015, and Dec. 31, 2017, that was given on what engineers call an arterial, but what most people would call a major street.

Records from the city of Yakima showed daily traffic counts for each road segment, allowing us to calculate the number of tickets issued per trip taken and mile of road.

We used that to calculate a ticket probability for every road segment, where a score of 1 is the citywide average.

We found that, during the period studied, a handful of road segments had much higher rates of speeding tickets than the average arterial.

Each of the road segments identified in this story had a rate of speeding tickets issued during the period analyzed at least 12 times the citywide average.

City officials offered a handful of reasons for what made these sections of road the biggest speeding ticket hot spots during those three years.

“A few of the sections have school zones in them, and our guys are emphatic about school zone speeds,” said Yakima police Lt. Chad Stephens, head of the Yakima Police Department’s traffic division. “There’s very little leniency when it comes to speeding in school zones because it’s very critical to the safety of our kids.”

“I was talking to a few of our guys about this and they said they could sit at that spot on West Lincoln Avenue all day every day and write tickets, because people just fly through there,” he said.

As for the city’s biggest speeding ticket hot spot — South Fair Avenue between Pacific Avenue and East Nob Hill Boulevard — Stephens speculated many of the citations were issued to southbound drivers who emerged from the Interstate 82 exit just north of Pacific Avenue. South Fair Avenue sees significant traffic from drivers who want to circumvent the busy East Nob Hill Boulevard area of the interstate, he said.

Also, southbound drivers on South Fair Avenue tend to speed when they cross Pacific Avenue because the road widens from two lanes to four, said Joe Rosenlund, streets and traffic operations manager for the city of Yakima.

“People will tend to hustle a little bit when it widens out like that because maybe they might have been stuck behind someone who was going the speed limit,” he said.

Rosenlund said that section of road sees an uptick in traffic in the fall, when the Central Washington State Fair is underway, and that could contribute to the high number of speeding tickets issued in the area.