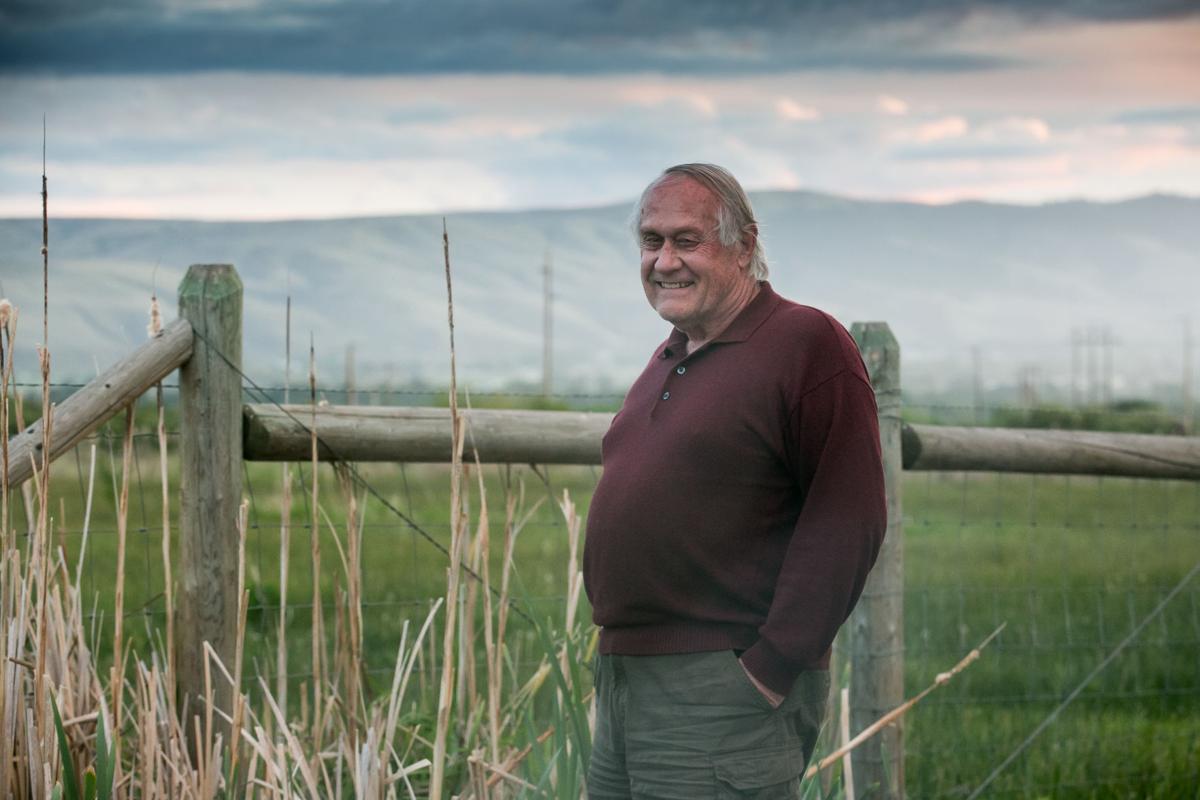 Gordon Kelly, former environmental director for the Kittitas County and Yakima County health districts, poses for a portrait Wednesday, May 13, 2020, at his home in Ellensburg, Wash. 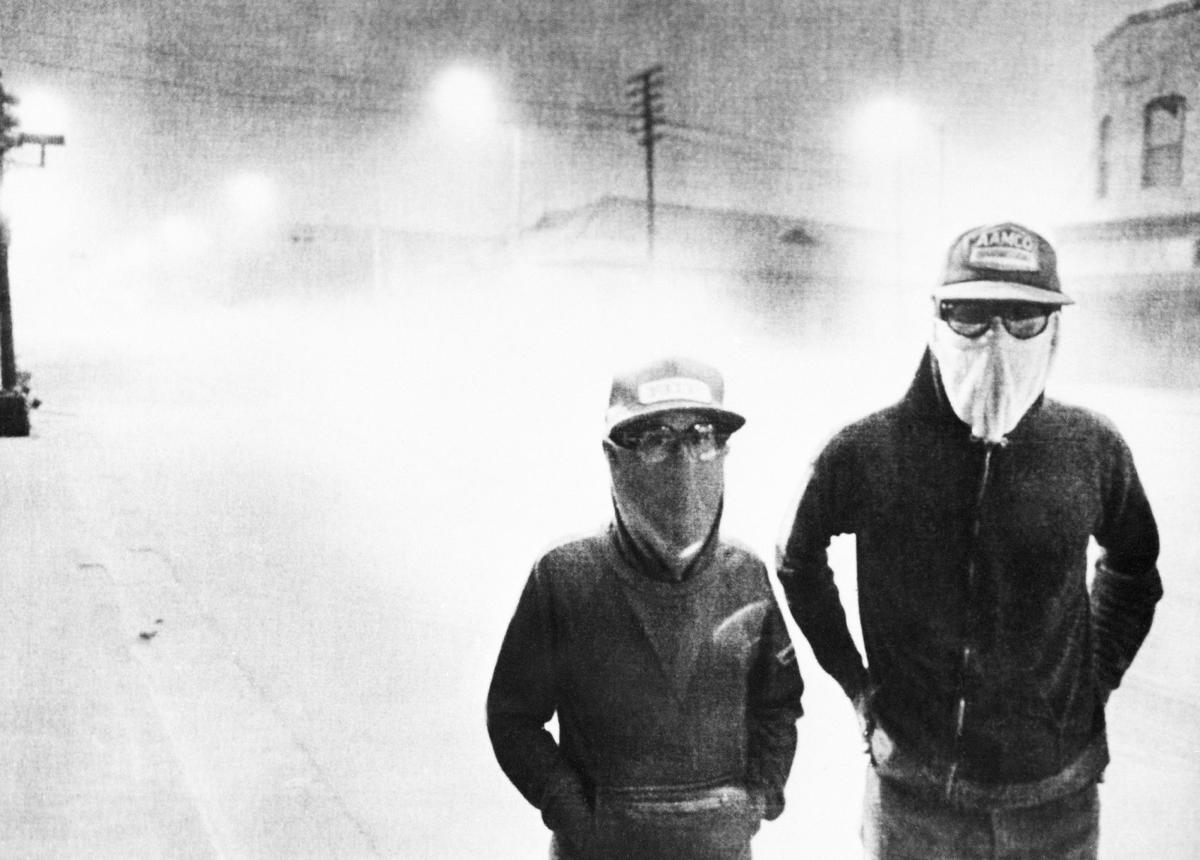 The streets of Yakima, Wash., are dark at 3 p.m. after an eruption of Mount St. Helens on May 18, 1980. White volcanic ash covered the streets and passersby wore masks to avoid breathing in the ash.

Gordon Kelly, former environmental director for the Kittitas County and Yakima County health districts, poses for a portrait Wednesday, May 13, 2020, at his home in Ellensburg, Wash.

The streets of Yakima, Wash., are dark at 3 p.m. after an eruption of Mount St. Helens on May 18, 1980. White volcanic ash covered the streets and passersby wore masks to avoid breathing in the ash.

Gordon Kelly was at Sunday services in Ellensburg on May 18, 1980, when a church leader came to the pulpit to announce Mount St. Helens had just erupted.

His wife was in Seattle with the church’s choir.

Kelly and other church members went outside. They saw a darkened sky and felt the pelting of raining ash.

“It was very eerie,” he recalled. “It was very quiet. I could see lightning. As I looked up, I got pelted in the face.”

Church members including Kelly returned to the service, where the death of one church member, a crop duster, was announced. Initially it was believed the eruption caused his plane to crash.

The man was dusting fields between Cle Elum and Ellensburg when he struck power lines, Kelly said.

Kelly was the director of environmental health for the Kittitas County Health Department at the time. His position meant he’d be part of an effort to assess any possible health risks from fallout of the eruption, which destroyed everything in a 230-square-mile area.

He received a call when he returned home from church. It was the sheriff, informing him he’d be part of the emergency response unit. He was told to be at a meeting that afternoon.

“Every day we had meetings,” Kelly said. “One of my tasks was to find out if there were any health risks.”

Authorities worried the ash may have had some acidic substance detrimental to human health, Kelly said. Ash particles were angular, jagged and could cause irritation in lungs if inhaled, he said.

The ash fell heavier in some places, and a corridor of dense ash was formed through Yakima, Moses Lake and Ritzville in Adams County, Kelly said.

His wife returned from Seattle several days after the eruption. Roads and highways into the Yakima Valley were closed.

His wife was stopped in North Bend, where a checkpoint was established. She and others traveling in their vehicle had to show proof they lived in Ellensburg, Kelly said.

Then on Friday, it rained, he said.

“That was a godsend because it calmed the dust down and it put a crust on it,” he said.

About a week after the mountain blew, a group of Atlanta researchers from the Centers for Disease Control and Prevention came to the area to study the health effects of volcanic ash, Kelly said.

But roads, including Interstate 82 and the road through the Yakima River Canyon, were still closed.

But Kelly knew the back roads. He headed up those roads near Umtanum Creek until reaching the Wenas Valley, where he met the group. Kelly brought them to Yakima, where he handed them off to Yakima Health District staff.

“They really wanted to come to Yakima because it was the largest city affected,” Kelly said.

Kelly said he didn’t have any interaction with them after that.

However, the study concluded what Kelly had determined: The ash was merely sand and dirt.

“It was basically what Washington is made of, volcanic soil,” he said.

The ash that fell along the Ridgefield-Yakima-Moses Lake corridor was heavier, with a greenish hue, he said. But the ash in Ellensburg was lighter and seemed to hang in the air, making it seem more likely to be inhaled, Kelly said.

Either way, inhaling any of the ash was a concern, he said. The abrasiveness of the jagged particles not only irritated lungs, but also prompted residents to wear masks.

Farmers had to change filters on equipment more frequently, and more supply had to be shipped to the area, Kelly said.

Ash dust also was to blame for abnormal wear and tear on hay cutting blades and even brake pads and drums on vehicles, he said.

“There were all kinds of nuances that became concerns that didn’t happen in the past,” he said.

This story has been updated to correctly identify the cities covered by a heavy corridor of ash.