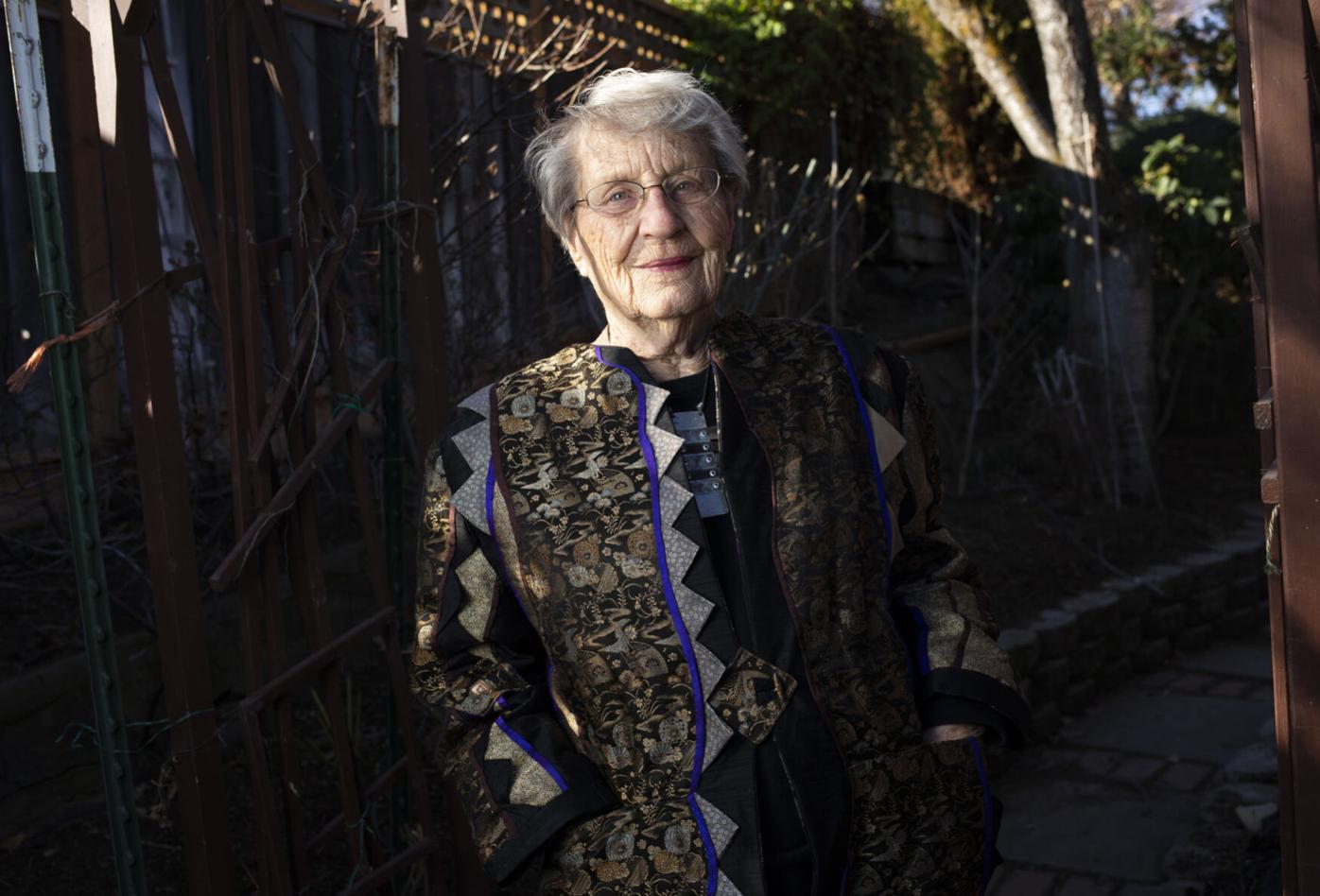 Yakima and Selah Neighbors' Network member Delma Taylor is pictured at her home on Wednesday, Feb. 10, 2021 in Selah, Wash. 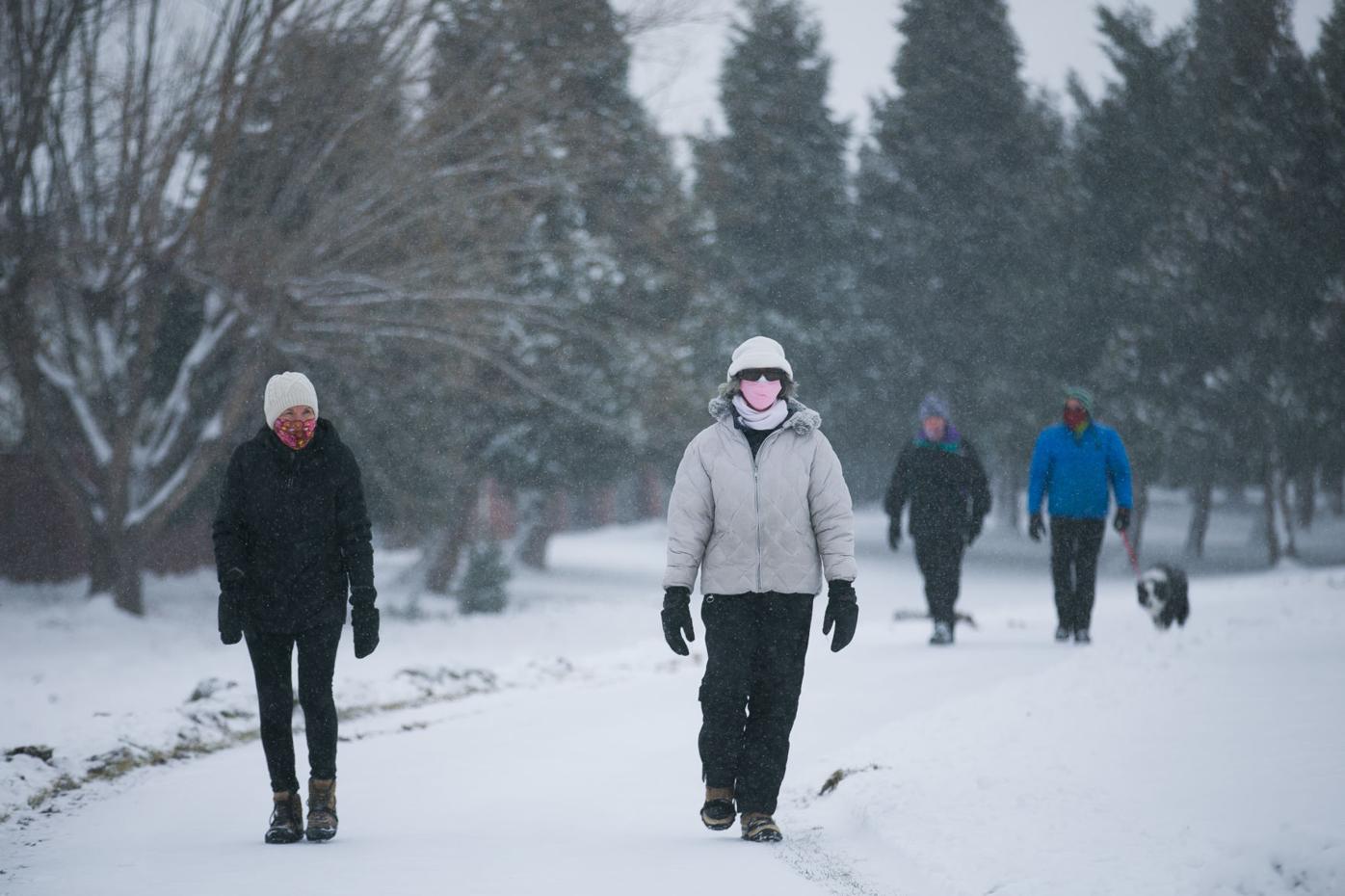 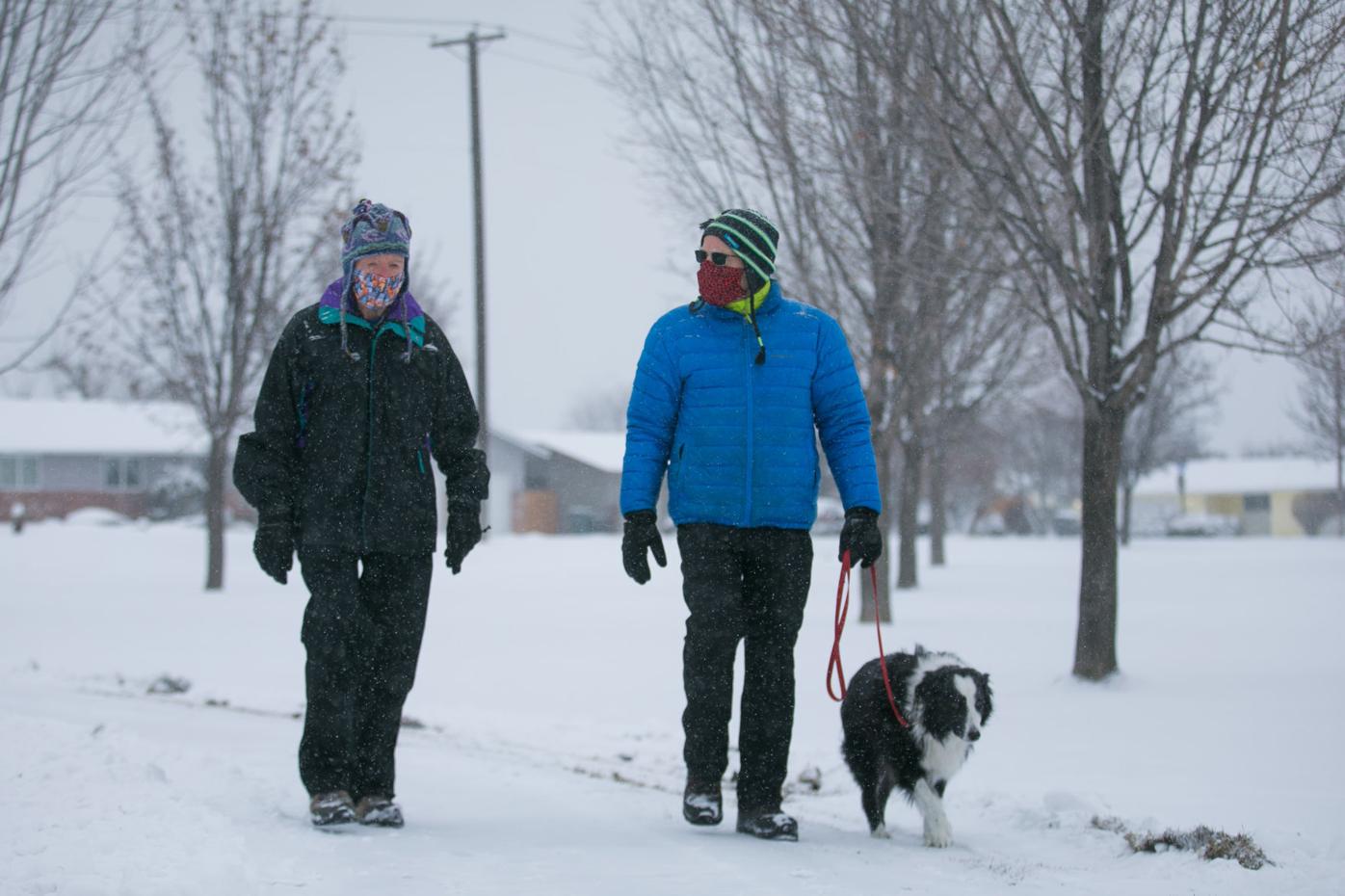 Yakima and Selah Neighbors' Network member Delma Taylor is pictured at her home on Wednesday, Feb. 10, 2021 in Selah, Wash.

Delma Tayer will celebrate her 97th birthday in April. She still drives, but physical therapy can be tiring so a volunteer with the Yakima & Selah Neighbors’ Network drives her to and from appointments.

The well-known artist, who lives in Selah, appreciates the nonprofit organization that helps older adults safely remain in their homes and stay connected to the community. Volunteers provide members with transportation, shopping, computer help, light tasks, check-ins, social and physical fitness opportunities — socially distanced and with volunteers screened and wearing N-95 masks these days — and more.

Recently, volunteers have also helped members like Tayer get their COVID-19 vaccinations. That’s crucial with vaccine supply extremely limited and difficult to predict, which has caused confusion over where and how to schedule them.

“I have older friends who are eligible and they have a terrible time getting in anywhere. I was awfully glad to have it done for me,” said Tayer, who will get her booster shot soon.

Becky Johnson, secretary of the nonprofit’s board, drove Tayer and other members to the Yakima Valley Farm Workers Clinic in Toppenish. The organization worked with staff at the clinic to make appointments for about 30 people to get COVID-19 vaccinations.

“We were so pleased that that worked out. The Farm Workers Clinic was willing to work with me to set up appointments rather than having members call in. They just went out of their way to help us,” Johnson said.

The local Neighbors Network, which launched in April 2019, was poised to celebrate its first anniversary almost a year ago. Invitations were ready to go out when Gov. Jay Inslee issued a stay-at-home order in March to help slow the spread of COVID-19.

Since then members, volunteers and staff have adjusted to pandemic limitations while continuing with the nonprofit’s mission of supporting each other, reaching out to the community and preventing isolation and loneliness.

Positive developments include a $5,000 grant from the Yakima Valley Resilience and Response Fund, which has helped secure the financial stability of the neighbors network. The foundation also donated N-95 masks, which were given to all Neighbors Network members and volunteers.

The network offers programs through Zoom, which are a big hit with members who want to stay connected, entertained and engaged. Many have commented on how good the programming has been for their mental state, and Tayer in particular has said “how special it has been to see people again” on Zoom, Johnson said.

“She’s one of the people that has expressed over and over what a difference the Zoom programming has made for her. At her age she has stayed pretty isolated and has only seen a very small number of people,” said Johnson, who is Tayer’s niece.

“Being able to connect with people on Zoom has been a world of difference for her,” she added.

Virtual gatheringsThe Zoom programs and activities, coordinated by board president Mary Lou Rozdilsky, reflect the broad interests of Neighbors Network members and are open to the public. Examples include integrating Native American curriculum into Pacific Northwest studies, what COVID-19 teaches about emergency preparedness and resilience.

The nonprofit is scheduling programs for the indefinite future. Along with those programs, it offers a weekly balance class for members. Several member interest groups also meet on Zoom to share stories and enjoy coffee and conversation.

Sonja Dodge, who is 84 and has lived alone in Yakima since her husband died five years ago, is a member who started supporting the nonprofit financially two years ago. She doesn’t use its services a lot but appreciates them when they’re necessary.

“I’m not a big-time consumer, but it’s very nice. I like the programs,” said Dodge, who gets rides for medical appointments and errands. “When you live alone and you’re widowed, you need someone to talk to, to hear other people speak, other ideas.”

She enjoys the coffee chats every Tuesday morning. People talk about books they’ve read, interesting things they’ve encountered and community events or gossip. Dodge mentioned an author whose books she started reading and others mentioned they’re fans, too, leading to several copies being dropped off at her home.

Not all of the nonprofit’s approximately 40 members use computers. Volunteers call them at least once a week to chat, Johnson said. Sometimes it’s several times a week, Tayer said.

“It’s kind of nice to have someone checking in on you,” she said. “When you’re living alone and you have no family left, it’s really nice.”

Tayer has lived in Selah since 1962. Her husband, Harold, was a dentist, City Council member and was in his second term as mayor when he died in 1984. Their son, Stephen, died a few years later.

A naturally curious person and enthusiastic traveler, Tayer has continued to keep busy as an artist and in her garden. In normal times, Neighbors Network members get together for potlucks and programs. Zoom talks have replaced them, which Tayer appreciates.

“We used to get together. We used to have potlucks. We (have) socialization because when you get older, it’s really easy to become isolated,” Tayer said. “That’s one of the things those girls have worked on, making sure you’re not isolated.”

Poetry, possible expansionEd Stover, a Neighbors Network member, is among several who are also part of the Yakima Coffeehouse Poets. In another social opportunity on Zoom, members are invited to the group’s open mic night at 7 p.m. on the second Wednesday of each month.

“We usually have a featured reader who reads about 15 minutes. Anybody else who wants to read can wave their hand. They get up to 4 minutes,” Stover said. “We had 26 (Wednesday night) and about a dozen readers. We had a lively evening.”

“It usually goes for about an hour and a half. You never know who’s going to show up on Zoom,” he said. “One guy from the coast emailed me and he wanted the link. He lives in Redmond. We have people who show up from out of town, Wenatchee, Ellensburg, Tri-Cities, the Kittitas Valley.”

It’s important for Stover, who is 80, to stay involved in many things. He feels good and is active, but knows people who tend to be depressive, he said. “For that kind of personality, old age can be a challenge.”

An organization like the Neighbors Network can make a big difference.

“I like the fact that these are people who are helping each other. I like that whole idea of community and people helping people, and as you get older ... I think it’s important that you stay busy and stay active,” he said. “I’ve seen people who are not that way and I think it takes a toll on them. I think it affects them negatively.”

The nonprofit has added members during the pandemic, Johnson said, and has about the same number of volunteers. It is for residents living in the area from Selah to Union Gap and West Valley to East Valley, but that could expand.

“We’re starting to get interest from folks in Naches and the Lower Valley. As our volunteer pool grows, we’re hoping to get more members,” she said. “We’re part of the national Village to Village Network, and one of the types of organizations within the network is a hub and spokes. We might eventually move toward that.”

The base of the original organization would be the hub, and smaller communities, with patches of volunteers and members, would be spokes.

“You wouldn’t have to repeat everything in the organization. We could have the services in outlying communities throughout the Valley,” Johnson said. “That could happen down the line if there’s enough interest.”

How to get involved

The Yakima & Selah Neighbors' Network is for people ages 50 and older who are finding it more challenging to manage a household themselves. Membership fees are $300/year for an individual or $400/year for a two-person household.

Those who are interested in learning more about the Yakima & Selah Neighbors' Network, joining a Zoom talk or becoming a member, volunteer or donor can visit the website at www.yesneighbors.org or call program manager Chrissy Schott at 509-853-1917.

Schott has her office number forwarded to her cellphone and is available to answer questions most of the time.

After calling Yakima pharmacies and health care offices for a few weeks, Mike Haskett wasn’t sure how he and his wife Peggy could receive the …