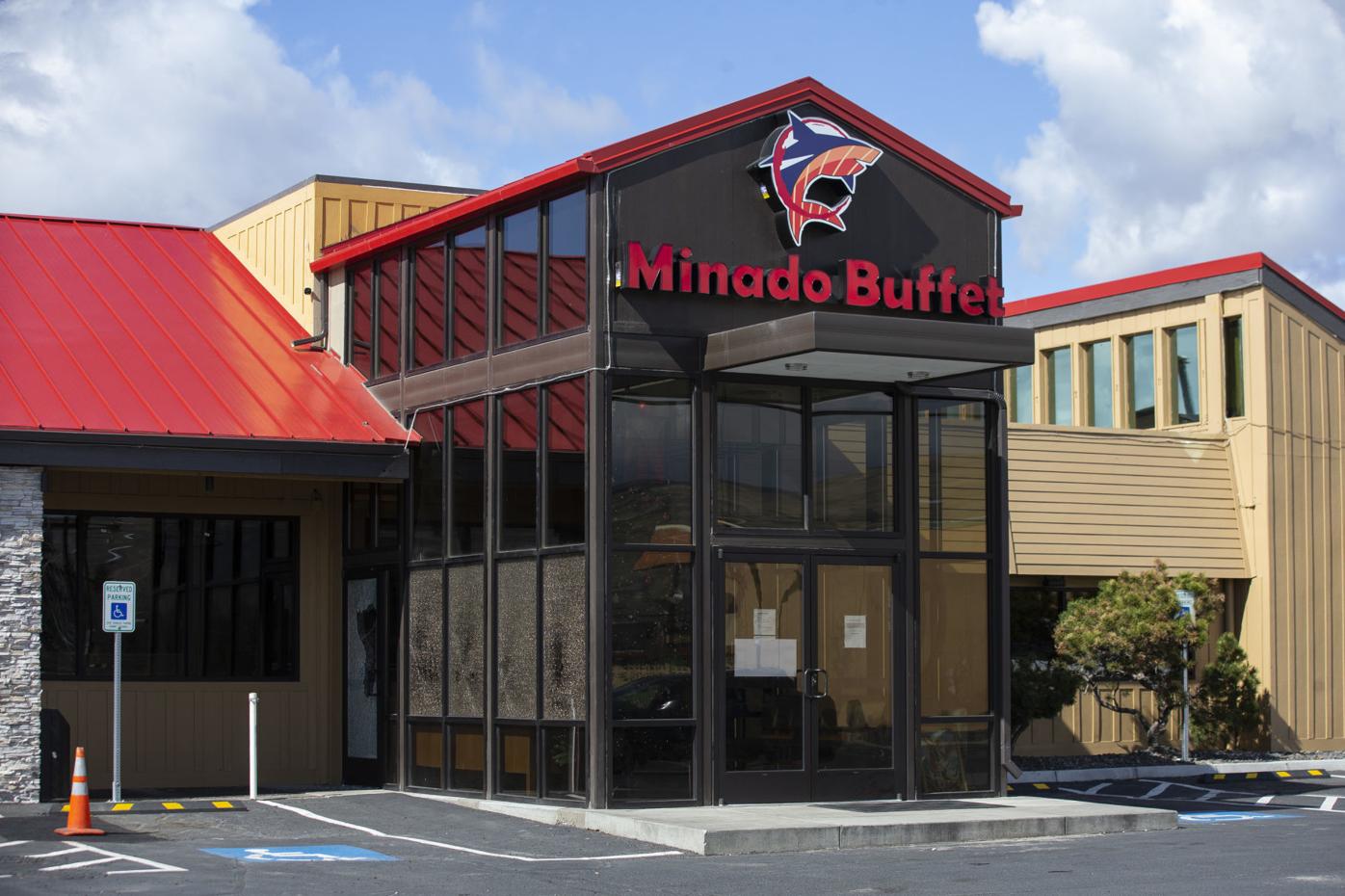 The front of Minado Buffet is pictured on Tuesday, March 31, 2020 in Yakima, Wash. The restaurant was tagged with racist graffiti and had windows broken. 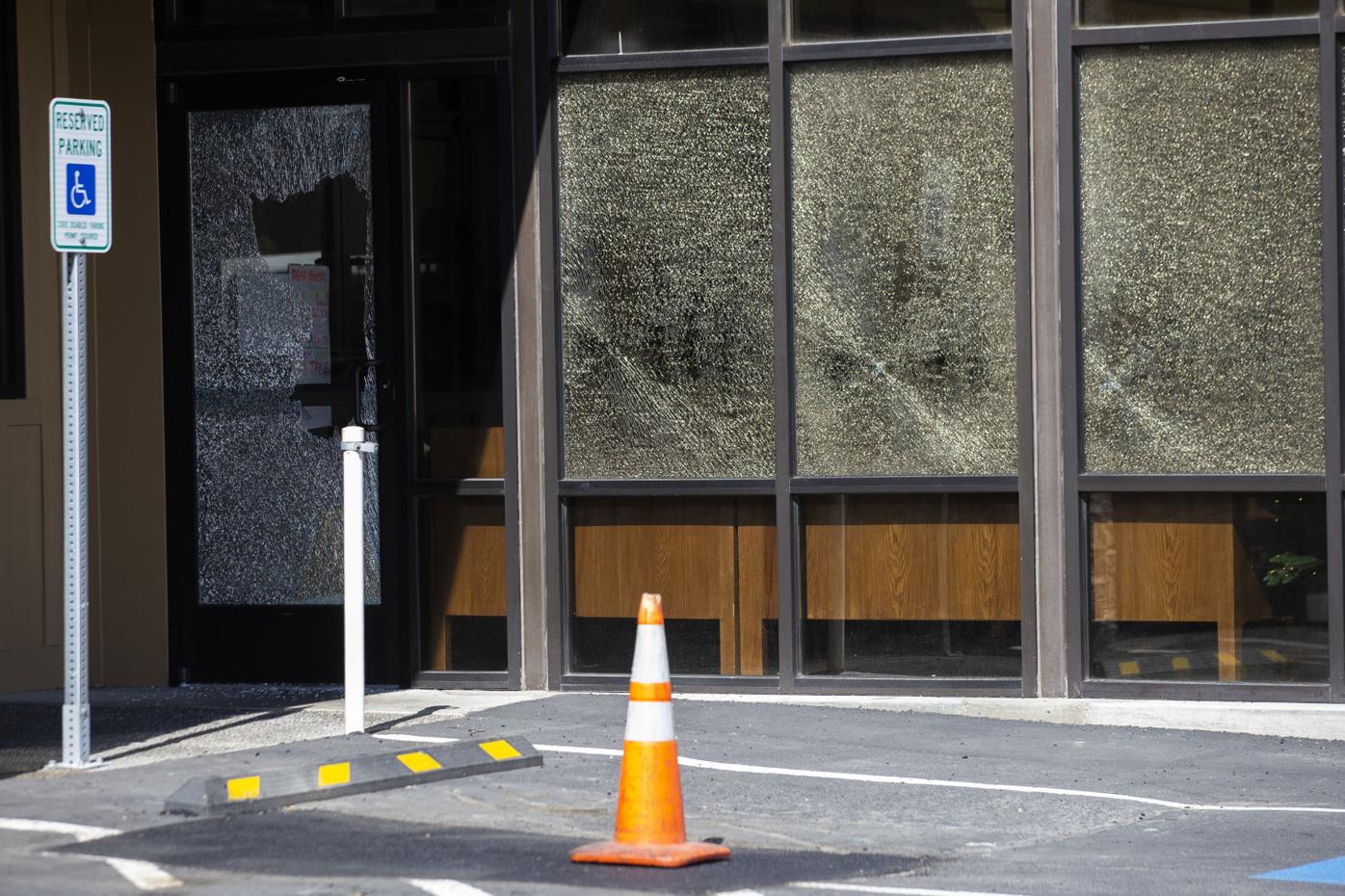 Broken windows can be seen from the parking lot of Minado Buffet on Tuesday, March 31, 2020 in Yakima, Wash. The windows were found broken at the same as when racist graffiti related to coronavirus was found on the front of the restaurant.

The front of Minado Buffet is pictured on Tuesday, March 31, 2020 in Yakima, Wash. The restaurant was tagged with racist graffiti and had windows broken.

Broken windows can be seen from the parking lot of Minado Buffet on Tuesday, March 31, 2020 in Yakima, Wash. The windows were found broken at the same as when racist graffiti related to coronavirus was found on the front of the restaurant.

The racist vandalism at Minado Buffet early Saturday morning was not an isolated incident; there have been cases of Sinophobic and general anti-Asian harassment since the novel coronavirus first appeared in the United States in January.

There was the 8-year-old who was denied a sample at a Seattle-area Costco in January because he was Asian-American and wearing a mask. There was a Filipino man beaten outside a supermarket in Seattle this week by people who told him to “go back to China.” There were restaurants vandalized in Seattle’s International District. And those are just some of the incidents we’ve heard about. The state Commission on Asian Pacific American Affairs has heard of others.

“There are very few that are actually talking to the police,” said Toshiko Hasegawa, the commission’s executive director.

Minado Buffet owners Tony Yan and Lisa Li are among those few. They called Yakima police after someone smashed windows and spray-painted a racist slur on the exterior wall along with a reference to the novel coronavirus. The vandalism, committed by a man wearing a hood and black gloves, was caught on security cameras at about 3:30 a.m. Police are investigating but have no suspects.

“Vandalism of any kind, especially vandalism that is targeted toward a specific ethnic group, is contrary to the values of the Yakima community,” Yakima Mayor Patricia Byers said in a news release Tuesday. “It is critical during the current public health emergency that our community bands together.”

Li, who has lived in the United States since 2008, said Tuesday she has never experienced this sort of racism. She feels more sad than angry over the incident and does not believe the criminal act reflects the beliefs of people in Yakima. She said she’s been heartened to see social media accounts condemning the act.

“That even makes us feel safer,” she said.

While Hasegawa, whom Inslee appointed as Commission on Asian and Pacific American Affairs director in 2018, applauded Li and Yan’s decision to call the police over the incident, she said there are complex reasons many others do not. Some fear reprisals or just don’t want the attention, she said. But the problem would be easier to confront if more victims reported the crimes, she said.

“These are obviously malicious people who are targeting people for hate crimes,” Hasegawa said. “They’re still out walking around, and the victims deserve justice. ... Victimization is a very personal, earth-changing experience when it happens to you — to know there’s somebody out there targeting you and targeting your business is very psychologically and emotionally compromising.”

President Trump’s repeated use of terms like “Chinese virus” and a member of his administration’s use of the term “kung flu” have only worsened things, she said.

“That perpetuates a narrative that other-izes Asian folks,” Hasegawa said.

In Yakima, or any community where these incidents happen, it’s important for allies to show support, she said. We’re all going through the coronavirus pandemic together, and it’s very easy in such uncertain times for racist scapegoating to take hold, Hasegawa said, pointing to the discrimination Japanese-Americans in Seattle faced during World War II.

Anyone with information about the incident is urged to contact the YPD at 509-575-6200 or 911. Tips can be also be reported to Yakima County Crime Stoppers by phone at 1-800-248-9980, on the organization’s website at www.crimestoppersyakco.org, or through the “P3 Tips” app at http://p3intel.com/mobileapp.htm that can be downloaded for free.

Asian Pacific Islander Coalition of the Yakima Valley is providing whistles and information cards about how to report hate crimes as part of the organization's Freedom from Fear project.