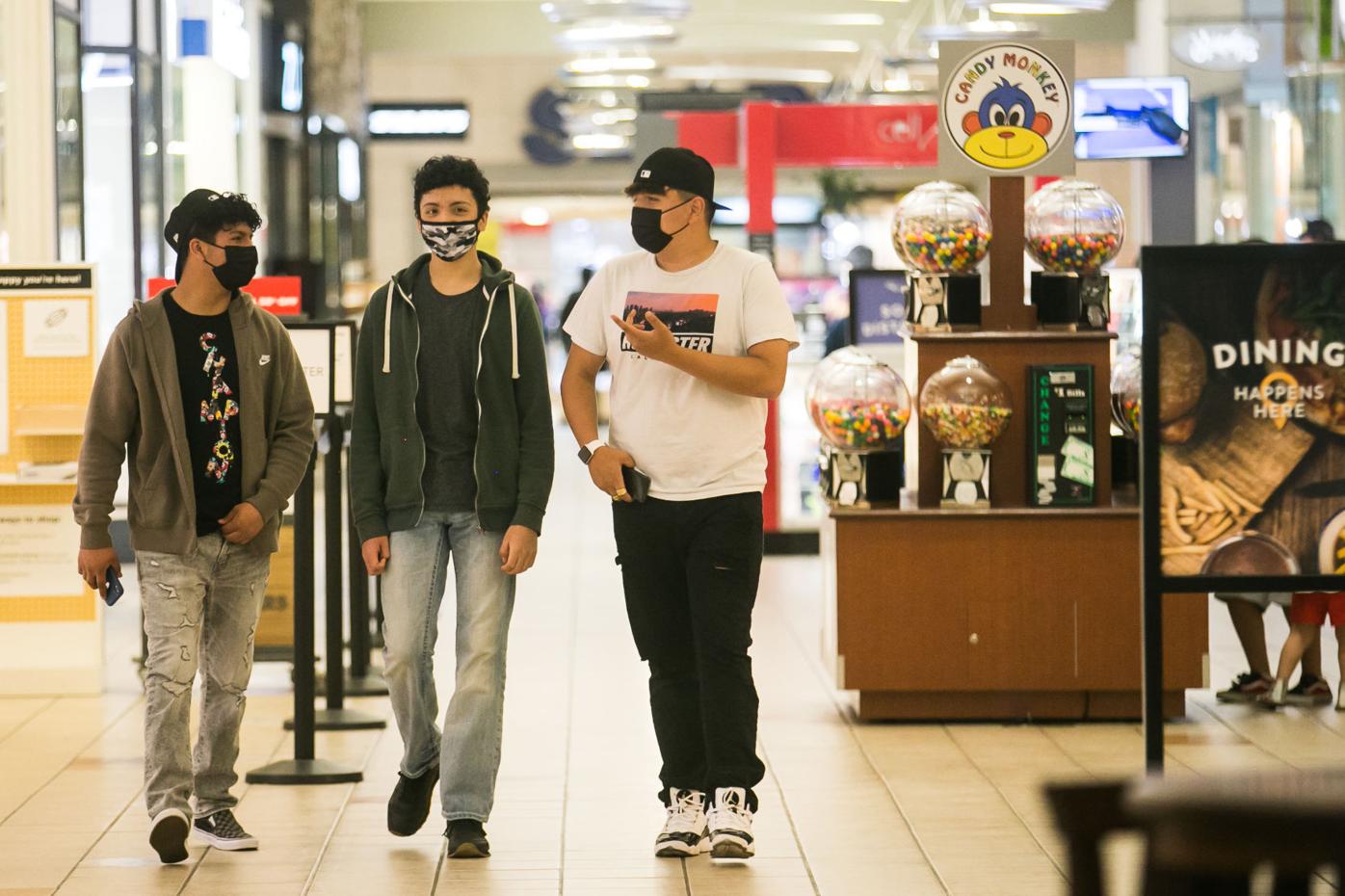 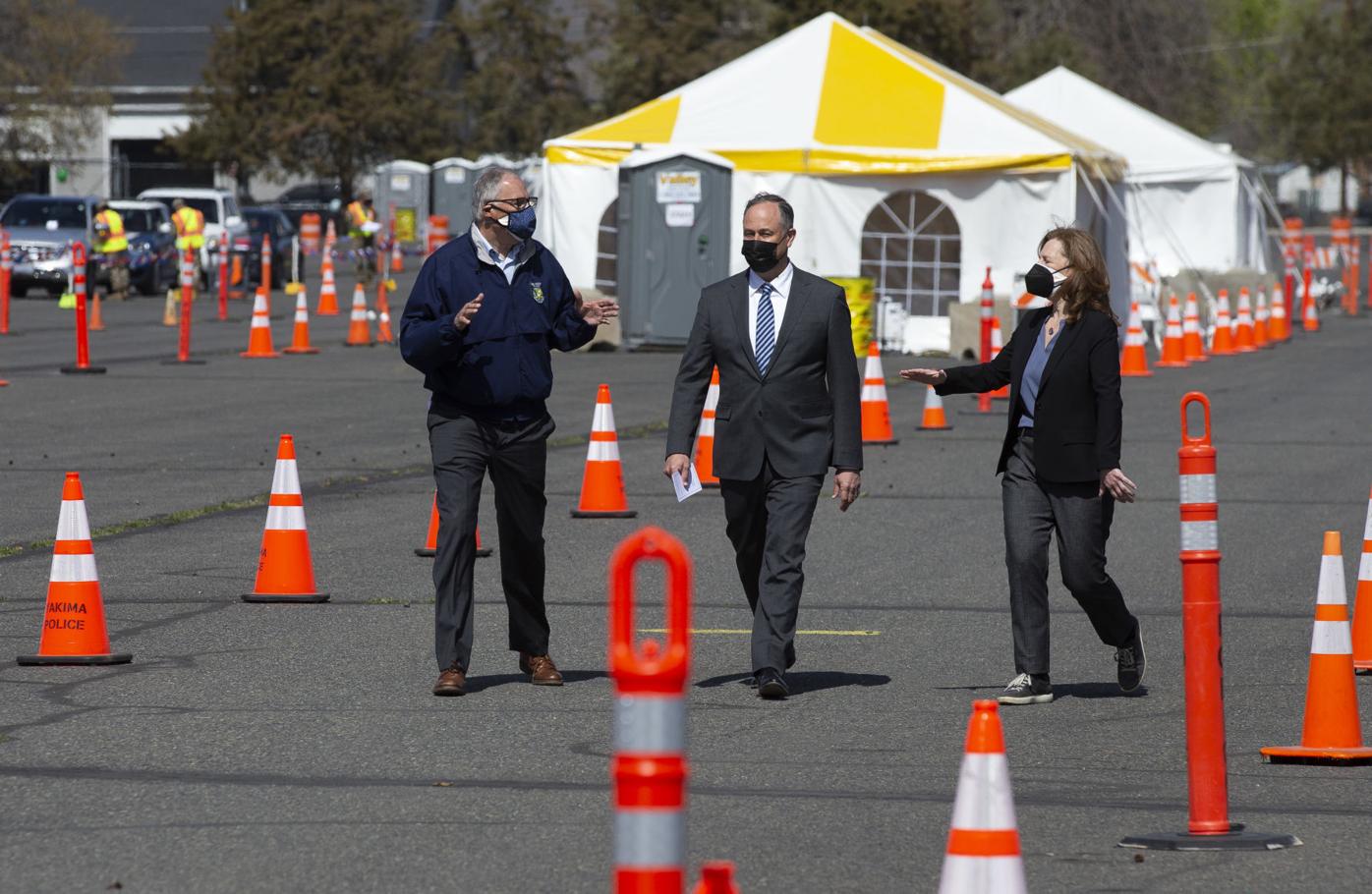 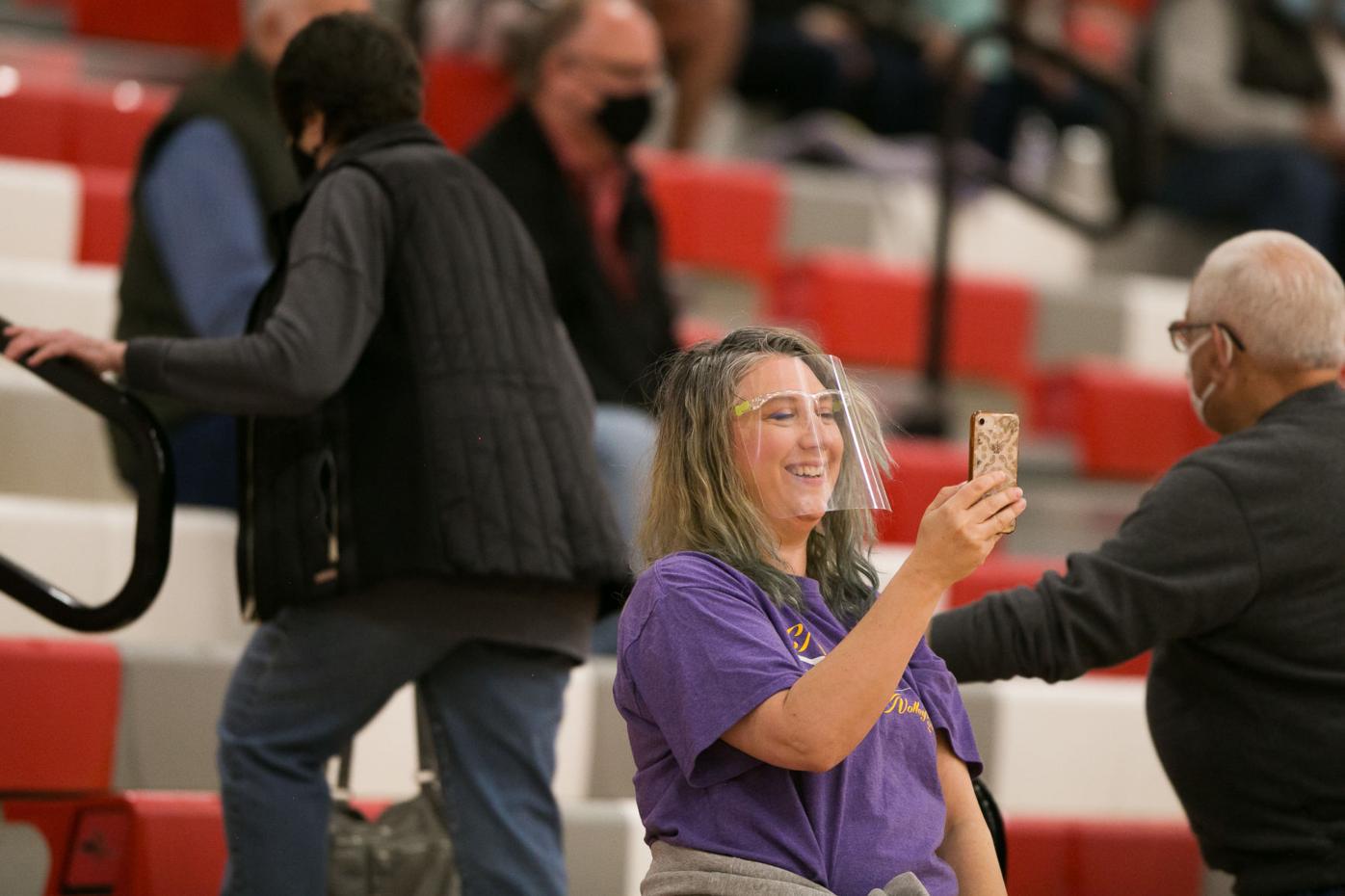 FILE — A fan in the stands wears a face shield during a EWAC district volleyball game between Granger and Columbia high schools Tuesday, March 23, 2021, at Granger High School in Granger, Wash.

FILE — A fan in the stands wears a face shield during a EWAC district volleyball game between Granger and Columbia high schools Tuesday, March 23, 2021, at Granger High School in Granger, Wash.

Yakima County’s rate of new COVID-19 cases will push it back to Phase 2 of the state’s recovery plan next week, barring unforeseen developments.

Gov. Jay Inslee moved the entire state to Phase 3 on March 22, increasing capacity of indoor businesses and activities, with the caveat that counties that failed to meet standards for new cases and hospitalizations would be moved back to Phase 2 on April 16. According to the most recent available numbers, Yakima County will be among those moved back when Inslee announces counties’ statuses Monday.

“Based on what the governor stated several weeks ago, we must meet both metrics, which we are not currently doing,” Yakima Health District director of disease control Melissa Sixberry said.

Though the data for new cases is slightly outdated — those numbers come from the state Department of Health, which lags behind local numbers by about 10 days — the more recent numbers aren’t any better. Yakima County has averaged 54 new cases per day during the first seven days of April. To meet the under-200-per-100,000 standard, the county would have to average fewer than 36 cases per day

The current spike hasn’t reached the levels of new cases or hospitalizations the county saw in June or early January, but it’s a significantly different environment than early March, when Memorial sometimes had only two or three COVID-19 patients, he said.

“We’re back in the upper teens every day,” Brueggemann said. “That’s a far cry from January — I think we had 61 one day — but at the same time, it’s not just two or three.”

It’s impossible to predict whether the increase in new cases over the past couple of weeks will lead to the sort of apocalyptic-seeming numbers Yakima County saw in its previous peaks, he said. But the increase in vaccine availability should help.

“I guarantee you, if we weren’t vaccinating right now, we’d be staring at a huge fourth wave,” Brueggemann said.

“We are seeing concerning increases in disease activity in the state of Washington,” he said. “I think it is really important for us to keep this in mind: This pandemic continues, and case counts are increasing in many places including four of the five largest counties that we have.”

“The Healthy Washington Roadmap to Recovery system is set up to provide a dial to allow our economy to be more open and activities to be more accessible to people when disease rates are low and then to dial them back when disease rates are high,” she said during Wednesday’s media briefing. “And unfortunately right now in our state we’re seeing an increase in disease activity. We are also starting to see an uptick, even, in hospitalizations.”

The phenomenon of pandemic fatigue — people just being tired of taking precautions now that we’re more than a year into this thing — might be part of the reason, Sixberry said.

“The increase in cases could be due to multiple things, including St. Patrick’s Day celebrations, increased variant cases, and laxing of infection prevention measures including masking and social distancing,” she said.

Brueggemann concurred, saying “pandemic fatigue is real and in full force.” He noticed a big increase in maskless shoppers during a recent supermarket trip. The strong collective mask-up effort in the county, which began in midsummer and was credited with stopping the county’s early summer surge in cases, seems to have waned, he said.

Fighting pandemic fatigue is going to be important, but the key tool is the vaccines. Their increased availability — starting Thursday anyone over 16 qualifies in Washington — could in time render all the political wrangling over Phase 2 or Phase 3 moot. The federal vaccine center that opened at State Fair Park on March 31 has already put thousands of doses in local arms.

“We’re finally getting what we needed all along,” Brueggemann said.

That doesn’t mean it’s all over, though, he said. Not by a long shot. And Sixberry concurred.

“Get vaccinated when you are eligible,” she said. “Continue to mask up, social distance, limit gatherings. We are not out of the woods yet and with an increase in variants, we must continue to be vigilant.”

That was an emphasis for Shah as well.

“We know people are still experiencing COVID fatigue,” he said. “We want to be out of this pandemic. But none of us want to see a fourth wave. Our behavior matters. We cannot let our guard down. ... We’re at a tipping point where everything we do matters.”