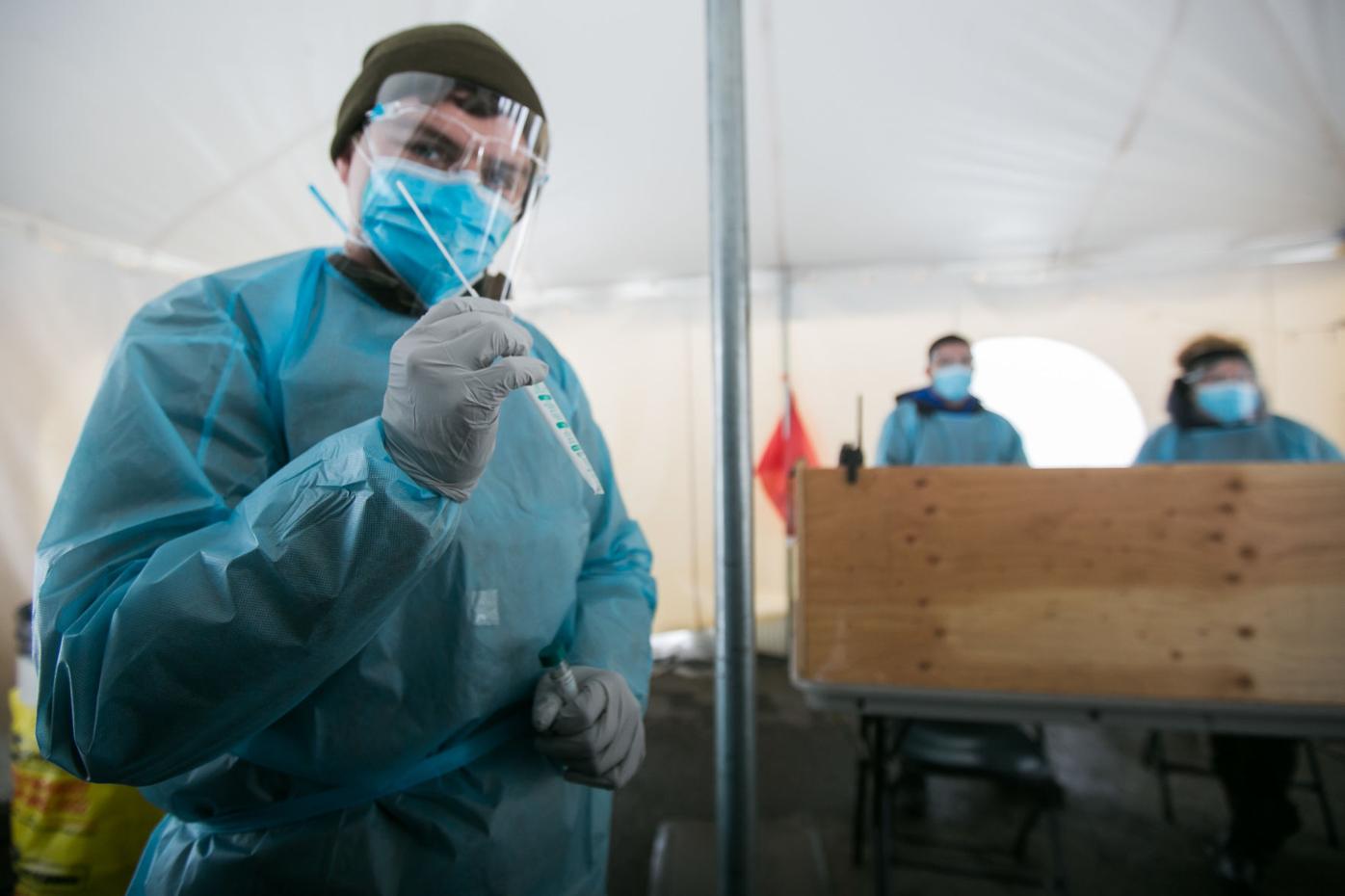 Peter Williams holds a swab Friday, Feb. 12, 2021, as he prepares to administer a COVID-19 test at the State Fair Park testing site in Yakima, Wash. 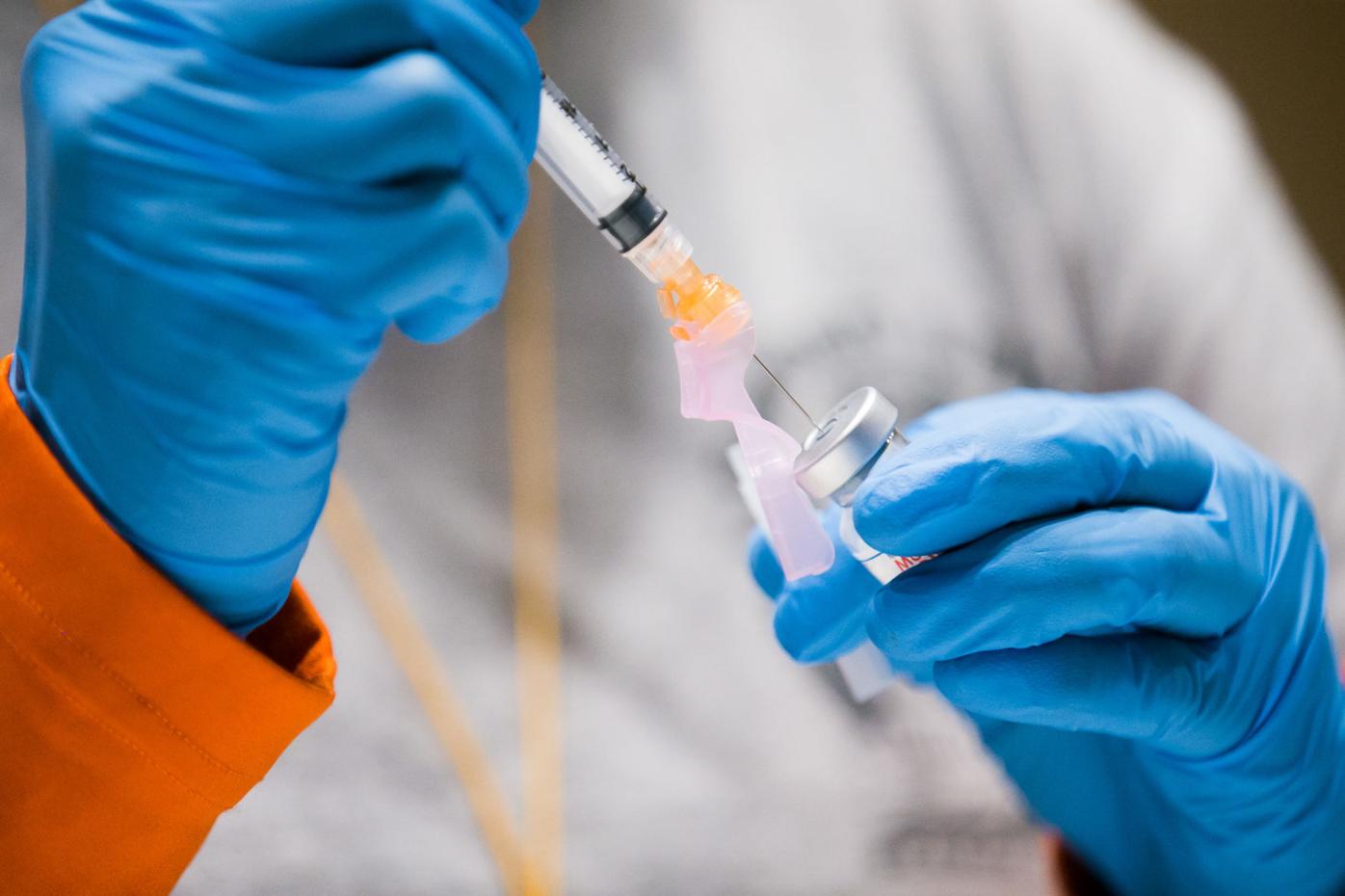 FILE—Brandi Mitchell, an EMT with Kittitas County Search and Rescue, fills a syringe with the Moderna COVID-19 vaccine Friday, Jan. 29, 2021, at the Putnam Centennial Center in Cle Elum, Wash. 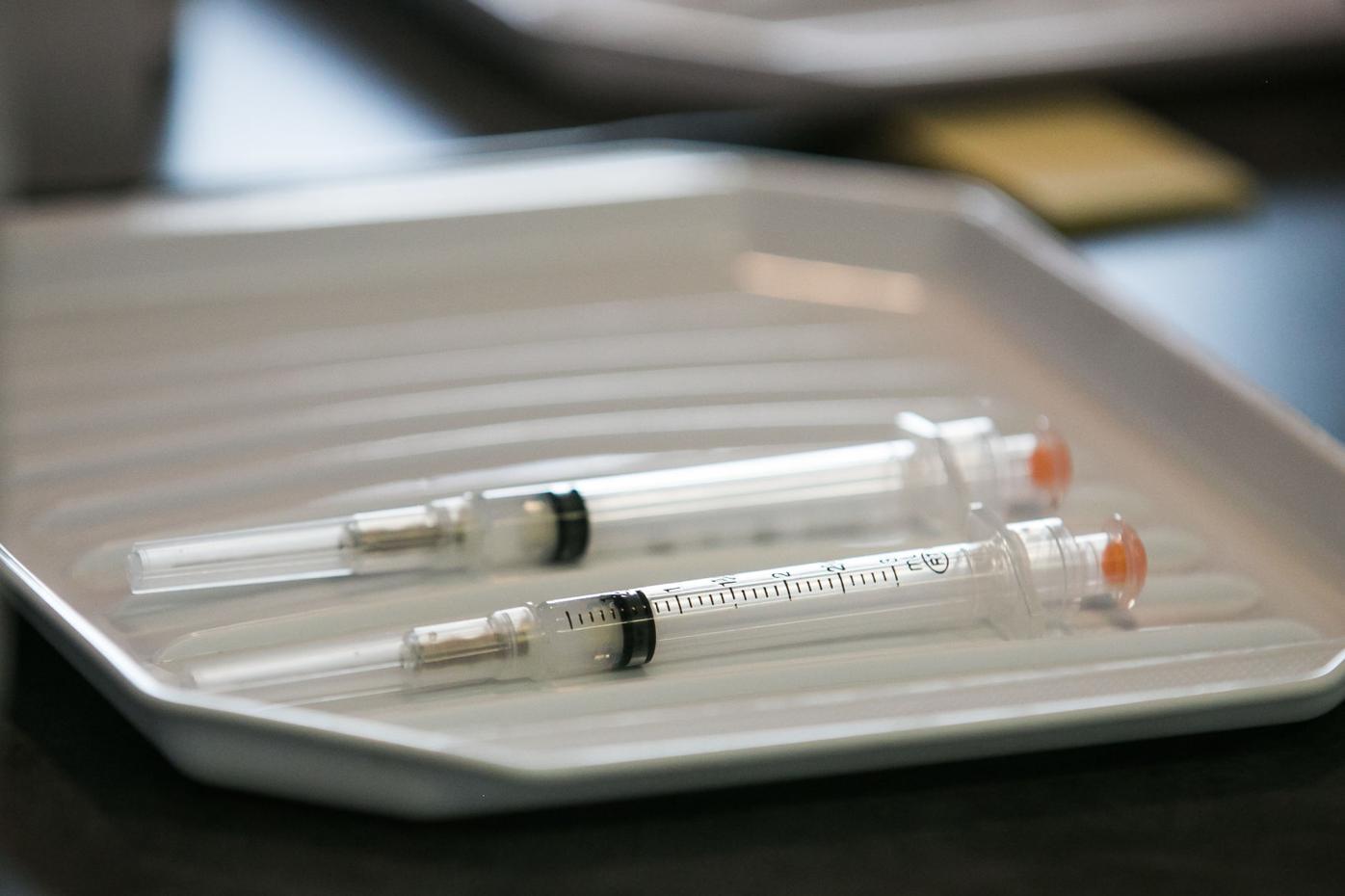 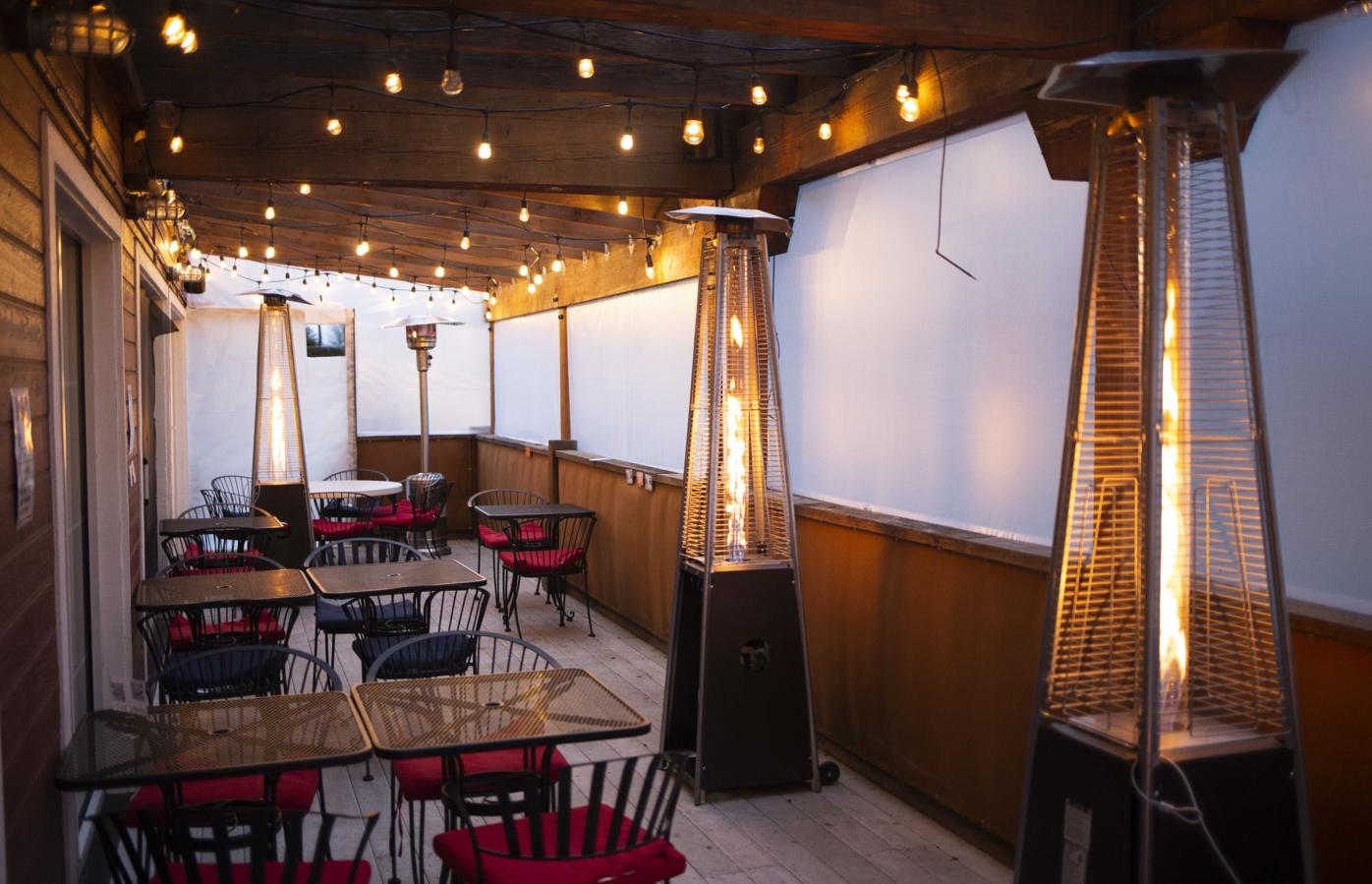 Peter Williams holds a swab Friday, Feb. 12, 2021, as he prepares to administer a COVID-19 test at the State Fair Park testing site in Yakima, Wash.

FILE—Brandi Mitchell, an EMT with Kittitas County Search and Rescue, fills a syringe with the Moderna COVID-19 vaccine Friday, Jan. 29, 2021, at the Putnam Centennial Center in Cle Elum, Wash.

Yakima County residents have gotten good news recently on the COVID-19 front: declining case numbers and hospitalizations, a move to Phase 2 of the state’s reopening plan and more in-person learning at school.

Though Yakima County and its fellow South Central counties appear in good shape to stay in Phase 2 — a decision that will come Thursday from the state — health officials warned against personal and professional complacency during a Board of Health meeting on Wednesday.

“Case counts are still relatively low. Hopefully we get to stay in Phase 2,” said Shawn Magee, the Yakima Health District’s environmental health director. “Our goal is to keep moving forward.”

“We’re also encouraging restaurants to leave their Phase 1 operation setups intact if we unfortunately have to move backward” to Phase 1 as a precaution, he said.

Magee praised the hard work of businesses to pivot quickly into Phase 2, which took effect Valentine’s Day after a revision in hospital admission data. Days earlier, the South Central region had been the only region to remain in Phase 1 because of the incorrect data from a Walla Walla hospital.

Dr. Larry Jecha, interim county health officer, thanked health district employees for their work in February. “It’s been a really busy month for the staff and I want to commend them. ... It’s been quite a month,” he said.

He also stressed the need for people to get vaccinated if they qualify. The state is in Phase 1B Tier 1 of its vaccination plan, which means everyone 65 and older and those 50 and older in multigenerational households are eligible. Those who work in health care, first responders and staff and residents of long-term care centers also are eligible.

See the list of vaccine locations that are scheduling first and second dose appointments at www.yakimacounty.us/2472/COVID-19-Vaccine. The health district does not make appointments; people need to contact vaccine providers directly.

“We know of all the variants (of COVID-19), the South African will probably be the one that will be most troublesome,” Jecha said. “Even with that one, (vaccines) will still prevent serious illness and deaths, just like our flu vaccine. ... They’re already working for boosters for variants in the future.”

The single-dose Johnson & Johnson vaccine could be a big advantage in vaccinating those who are homeless, who work in agriculture, and others for whom it will be “hard to get that second dose. I think it has great potential,” Jecha said. That vaccine could soon be approved for emergency use following a favorable report Wednesday from the FDA.

Nathan Johnson, a local emergency response coordinator who has been working on vaccine distribution, announced Wednesday vaccine dose totals reported by the Yakima Health District. Officials reported Tuesday the county was slated to receive 12,350 doses of vaccine this week, which includes 9,050 first doses and 3,300 second doses.

Those totals include 3,000 first doses going to the Yakima Valley Farm Workers Clinic. It is one of three federally qualified health centers in the state that is part of a federal program to distribute vaccines to underserved communities and those disproportionately affected by COVID-19, officials said.

“Neighborhood Health Services is also in line in the coming weeks to be getting on board with that,” Johnson said.

That new program is among several ways the vaccine is coming into Yakima County, Johnson said. They include the state vaccine allocation system — its distribution of the allotment Washington gets from the federal government — and the Federal Retail Pharmacy Program.

“We have collectively been working very hard for receiving more vaccine for our county,” said health district executive director Andre Fresco. “I feel that we have been behind from the beginning in state allocations.”

Up until this week, a majority of the doses were Moderna vaccines, Johnson said, though Yakima Valley Memorial and Horizon Pharmacy in Wapato have received Pfizer vaccines, he added.

Board member Dr. Sean Cleary said vaccination volunteers have learned they can get 10% more out of a bottle of Pfizer vaccine and 14% more from Moderna. Johnson said the health district is working with providers to not waste any extra doses.

But needle supply, in particular VanishPoint needles used with Pfizer vaccines, continues to be an issue throughout the country, Johnson said. The packages of Pfizer vaccines have only 5% more needles “when they can deliver 10% more doses, he said.

“All of our providers, they only get a certain amount of extra needles and that’s less than extra doses they could get out of those vials,” Johnson said. So they’re pulling from their stock of needles, and they’re running low, he added.

“We have put in a request to source some of those” needles with other emergency management centers, he said.

For many local high school students, Feb. 2 was a day of excitement, as the Yakima Health District announced its support for high schools’ tra…