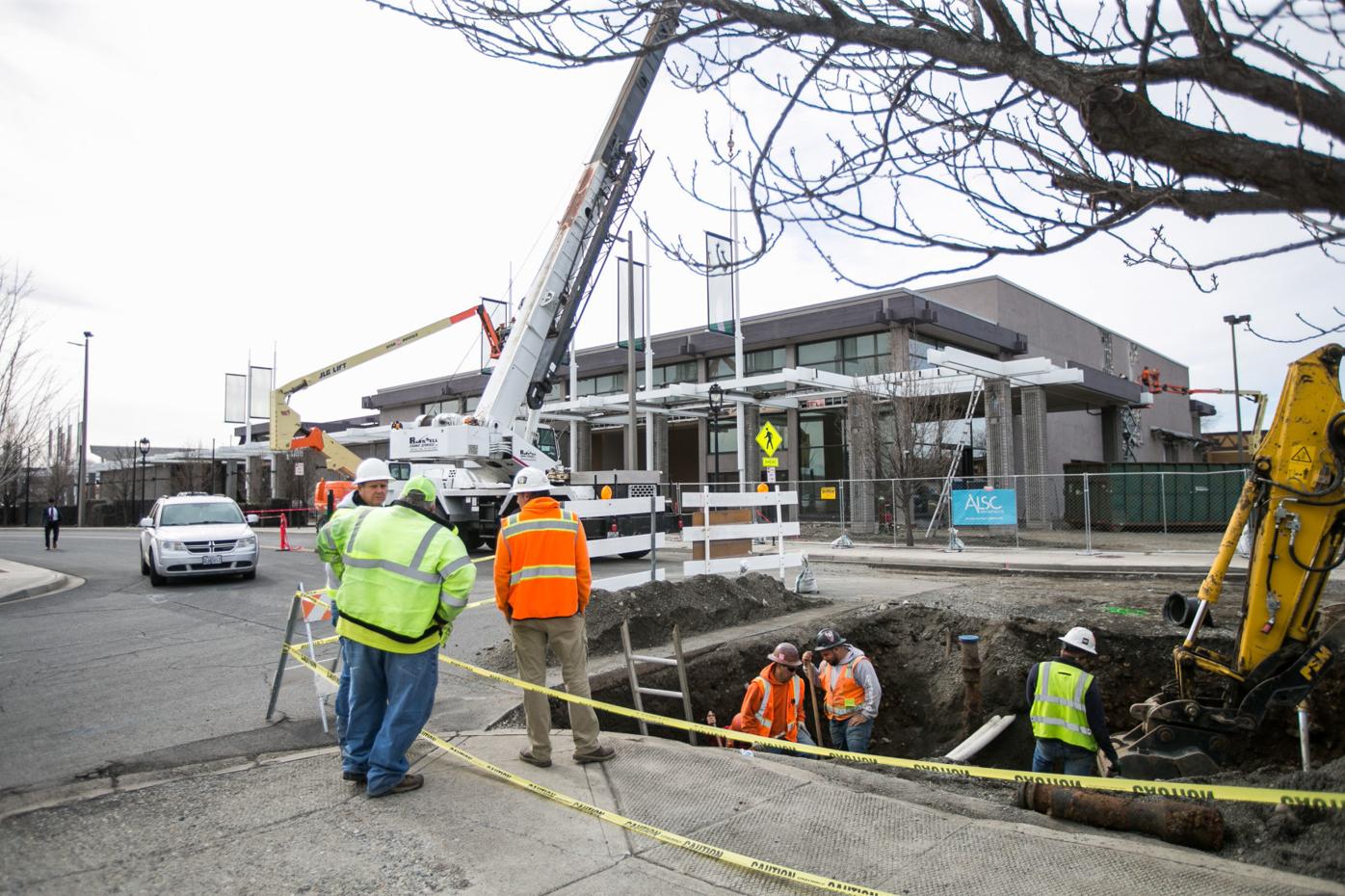 In this photo taken on Thursday, March 5, 2020, crews continue construction on the Yakima Convention Center expansion on North 8th Street in Yakima, Wash. 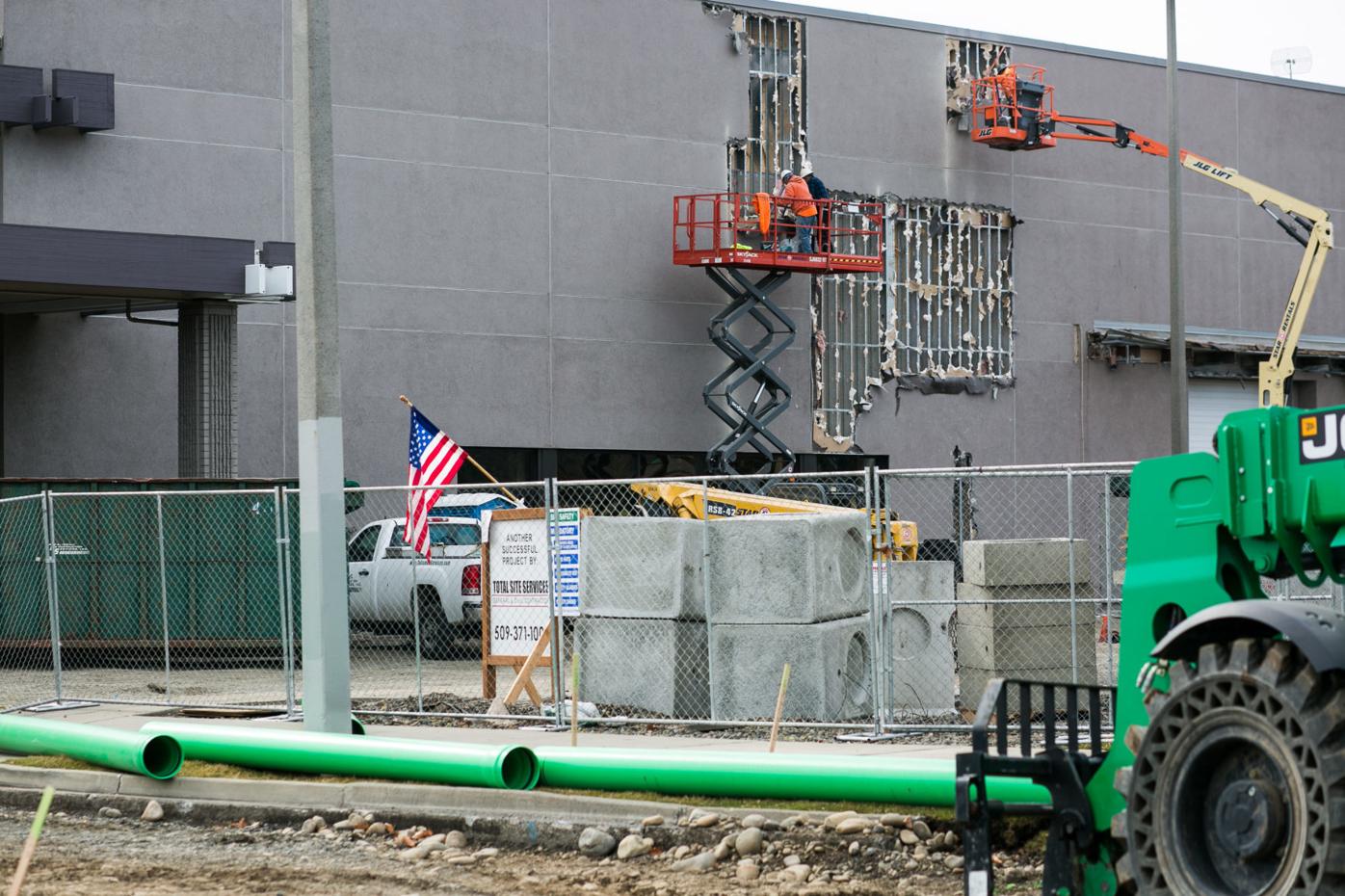 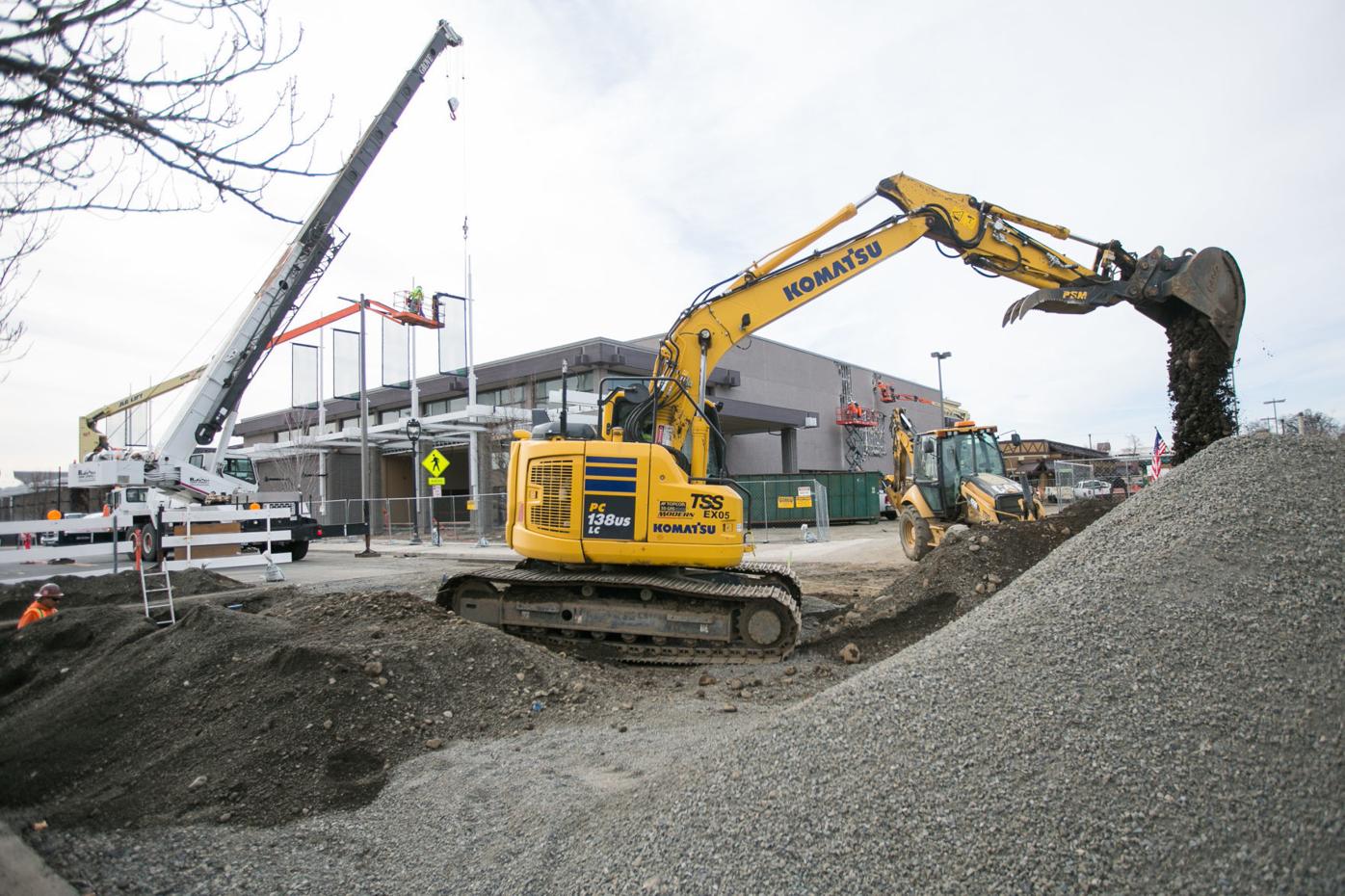 In this photo taken on Thursday, March 5, 2020, crews continue construction on the Yakima Convention Center expansion on North 8th Street in Yakima, Wash.

While most construction activity has been deemed not essential under the state’s stay-at-home order, Gov. Jay Inslee’s office did allow for a few narrow exemptions.

One of those exemptions is for projects that “further a public purpose related to a public entity.” That includes publicly funded projects and public facilities, such as schools and low-income housing.

Construction has continued on several publicly funded projects in the Yakima Valley, but not all.

■ Yakima Convention Center: Construction is still underway on an 18,312-square-foot expansion of the Convention Center, said Randy Beehler, spokesman for the city of Yakima, which owns the building. The expansion at the center will provide additional exhibition space. Construction started earlier this year and is expected to be completed next year.

• Yakima Valley SunDome roof: Yakima County commissioners delayed work on the project, including the bidding process, until further notice in response to the county’s coronavirus emergency declaration, according to county information. The county had been accepting bids for the project, which will replace the roof. At one point the SunDome site was under consideration as a field hospital. While officials opted to use the former Astria Regional hospital in Yakima instead, State Fair Park might still be used for coronavirus response in some capacity.

• Grandview High School replacement: Construction continues for the new school, which will have room for 1,100 to 1,200 students, more than double the capacity of the current building. Work temporarily stopped for a single day due to confusion on the state’s stay-at-home order, said spokeswoman Elena Olmstead. Now, with the matter resolved, work has resumed. The district is still looking at a fall 2020 opening for the new campus.

• Robert Lince kindergarten campus, Selah: There were initial hiccups and confusion that led to work stopping for several days, said Superintendent Shane Backlund. Work resumed on March 30. The district still anticipates completing the campus in mid-July, in time for the next school year.

• Zillah High School modernization: The final phase of modernization had experienced some delays before the COVID-19 outbreak. Still, with limited staff at the school, there may be an opportunity to catch up, said Superintendent Doug Burge. The construction timeline predicated working around school being in session. This final phase includes finishing up work on new classrooms, the agriculture shop and commons areas, and modernizing other parts of the building. This phase of construction is expected to be done by sometime this fall.

YAKIMA — The largest public artwork in Washington's state art collection is massive. It's 880 feet long, a little more than 5 feet wide and ma…