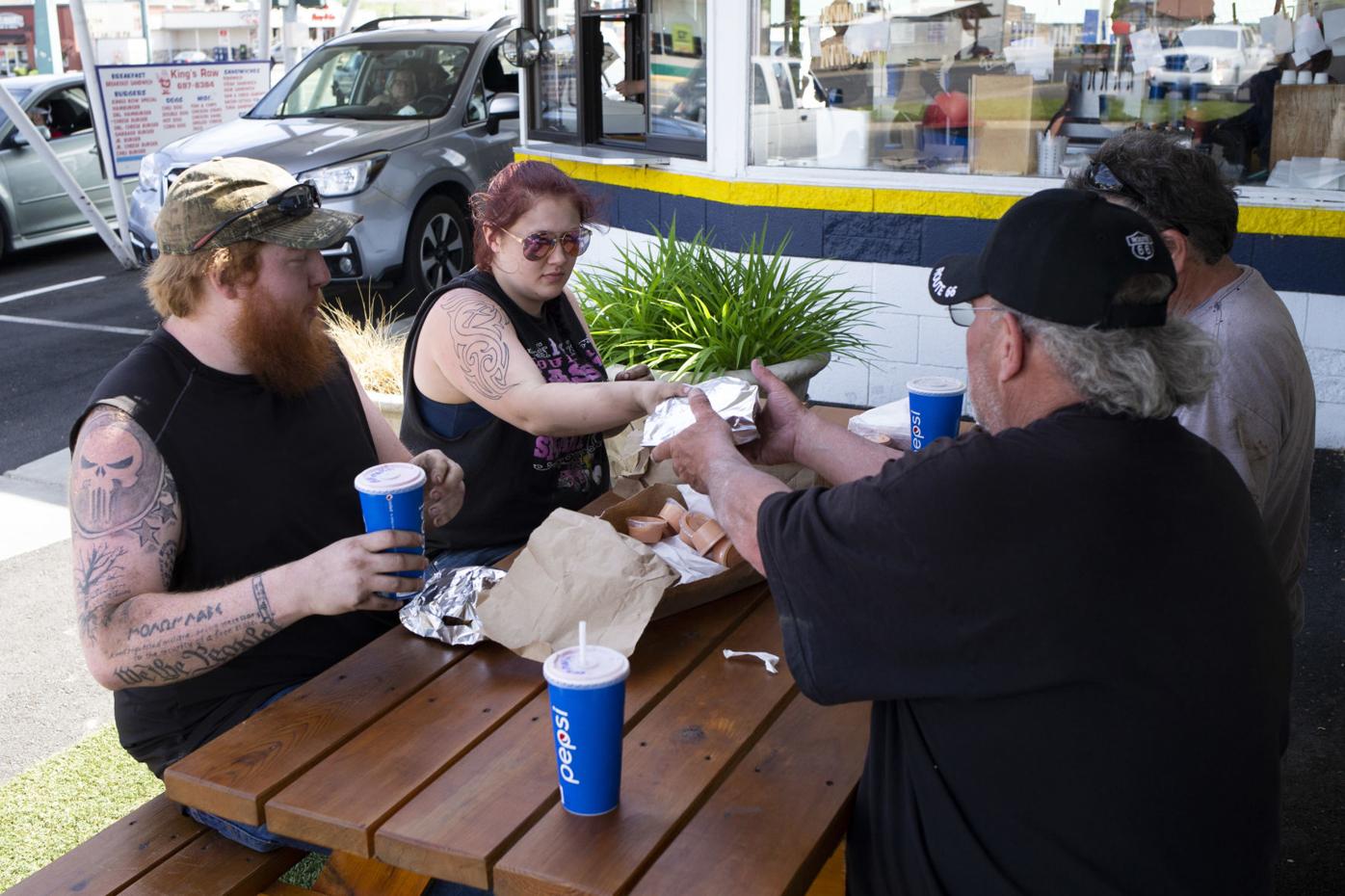 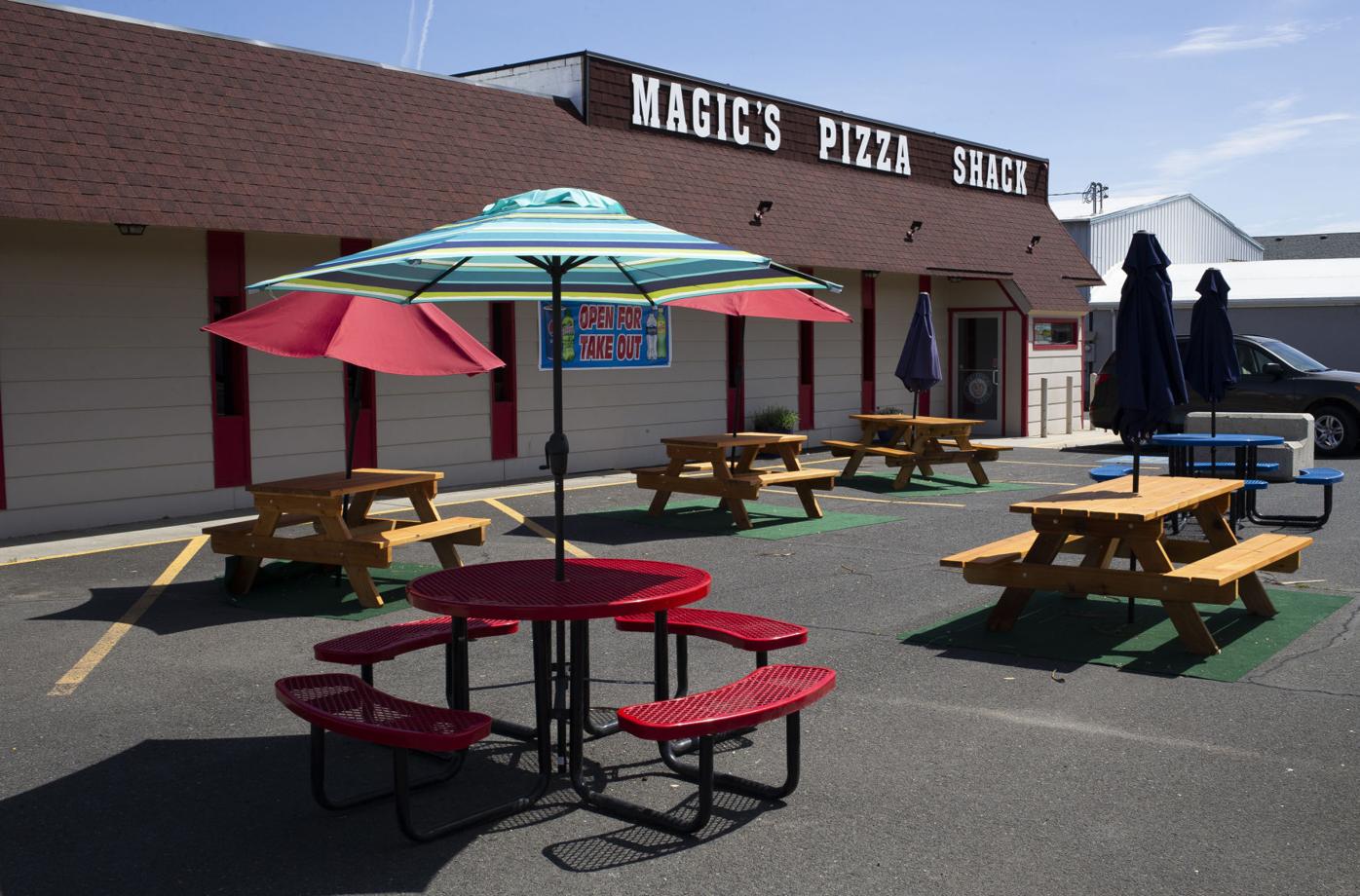 Outdoor seating at Magic's Pizza Shack is pictured on Saturday, May 9, 2020 in Selah, Wash. The Selah City Council passed a resolution on April 28 to allow restaurants to set up outdoor seating in their parking lots.

Outdoor seating at Magic's Pizza Shack is pictured on Saturday, May 9, 2020 in Selah, Wash. The Selah City Council passed a resolution on April 28 to allow restaurants to set up outdoor seating in their parking lots.

The vote comes after a weekend in which both Gov. Jay Inslee’s office and the Yakima County prosecuting attorney said Raymond had no legal authority to ignore the state “Stay Home, Stay Healthy” order. The council meeting was conducted through the teleconferencing application Zoom.

Raymond said at the council meeting that she might modify the proclamation in which she declared that city employees and police “do not work for the governor.”

“We will continue to move forward and continue to make clarifications to the proclamation for the citizens and council members,” Raymond said. “We are not open for business, we will follow the governor’s rules but we, as a city, will not come knocking on your doors if you are not in compliance.”

She did not elaborate on what clarifications would be made, and did not return messages left for her after the meeting before press time.

The Yakima Health District has not asked communities or law enforcement to penalize people for not following the order. Instead, the health district has worked to educate people about the importance of staying home, hand washing, staying 6 feet apart from others and wearing masks.

Raymond issued her proclamation Friday, arguing that the governor’s order for nonessential businesses to close was hurting the city’s economy. Rural communities, she said, should not be required to observe the same shutdown orders as major metropolitan areas such as Seattle.

Yakima County Prosecuting Attorney Joe Brusic sent Raymond a letter Saturday warning her that defying the governor’s order in the proclamation was illegal and that she needed to reconsider her actions. The Yakima Health District also warned that the stay-home order was designed to curb the spread of coronavirus. Yakima County has the highest per capita rate of coronavirus cases on the West Coast.

Kathryn Leathers, Inslee’s general counsel, wrote Raymond that the proclamation was “unlawful” in that she knowingly violates the governor’s orders and encourages residents and business owners to do the same.

“In other words, workers and business owners cannot rely on an unlawful local proclamation and conflicting local guidance to defend against state enforcement,” Leathers wrote. “More importantly, your action puts lives at risk.”

At Tuesday’s meeting, City Administrator Don Wayman defended Raymond’s proclamation, saying she would not have issued it if it were not “100% legal.” He said City Attorney Rob Case also approved of the proclamation.

“(Raymond) has taken a courageous stand for the residents of the city of Selah,” Wayman said. He asked the council to issue a resolution supporting her proclamation.

Councilman Roger Bell made the motion to support Raymond in her stand.

“We are not telling citizens to go out and violate the law,” Bell said.

EDITOR'S NOTE: This story has been changed to correct the first name of City Attorney Rob Case.