Alexandra Terjeson, a kindergarten educator at Wapato Elementary School, who can be seen in the thumbnail in the upper right corner, leads a Go Noodle party via Zoom chat with her class. 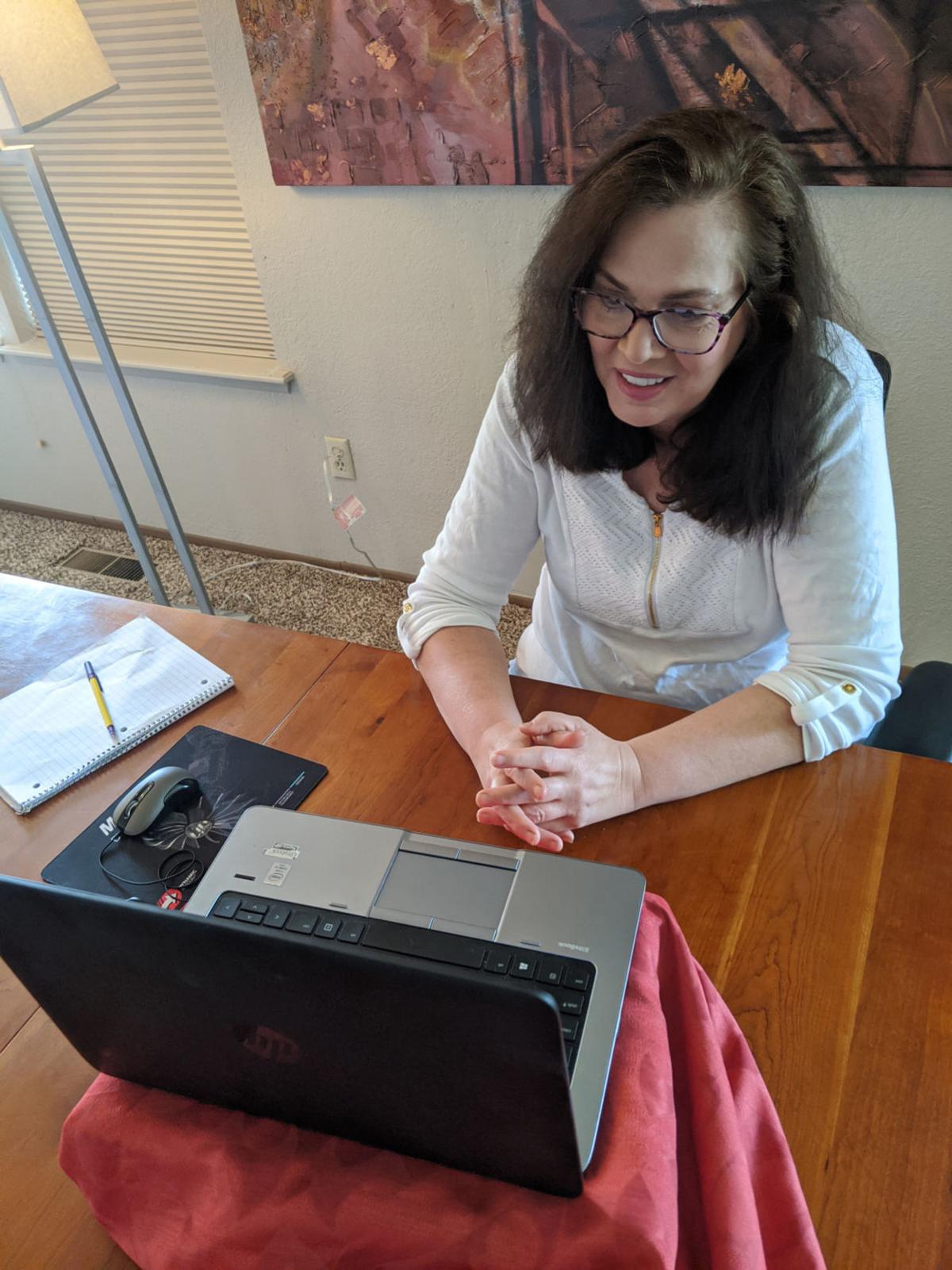 Jana Hoberg, a U.S. history eighth grade educator at Washington Middle School, interacts with her students through a Google Meet session regarding a Costco mask policy.

Alexandra Terjeson, a kindergarten educator at Wapato Elementary School, who can be seen in the thumbnail in the upper right corner, leads a Go Noodle party via Zoom chat with her class.

Jana Hoberg, a U.S. history eighth grade educator at Washington Middle School, interacts with her students through a Google Meet session regarding a Costco mask policy.

Teachers throughout the Yakima Valley last saw their collective 55,000 K-12 students more than nine weeks ago — in person, that is.

The state ordered schools temporarily closed in mid-March in an effort to reduce the transmission of COVID-19, which was beginning to spread rapidly through the state and making its first appearances in Yakima County. Soon after, school buildings were closed through the end of the school year. It remains to be seen whether campuses will reopen in the fall.

While the buildings closed, districts were told to resume teaching to whatever degree possible. The state Office of the Superintendent of Public Instruction conceded that remote learning wouldn’t match what would have been accomplished in the classroom, since no one was prepared for a pandemic. It also acknowledged it would be difficult to fully address concerns about equitable access.

But schools were asked to make their best efforts to reach every student in their enrollment, whether online or through mailed paper packets. It looks different in every district, and even from teacher to teacher, student to student.

Several weeks into the remote schooling system, practices have begun to iron out. Yakima Valley teachers shared a peek into how they run their remote classrooms, what lessons they plan to take back to campus when the time comes, and what hurdles still stand in the way for them or their students.

Eighth grade students in Jana Hoberg’s U.S. history class were just finishing up learning about the American Revolution when COVID-19 caused school closures. The next topics in Hoberg’s lesson plans were the Constitution and the Bill of Rights.

“We’re learning about things in the Bill of Rights that are really affecting us and really affecting our families’ rights right now, like freedom of assembly,” she said. “How many people are saying, ‘I don’t like this stay-at-home order. I’m going to do what I want to do,’ and others who are saying, ‘No, I understand it. We need to give up our freedom of assembly for a time in order to support the well-being of the community.’”

As students explore these topics, she said she’s received a lot of positive feedback that the content is relevant to their lives, she said.

“The negative feedback I’ve gotten is it would be a lot easier to learn these things and discuss them if they were in the classroom.”

Hoberg has had students read articles and tweets and watch YouTube videos from different perspectives on issues like whether Costco has the right to require people to wear face masks in the store. Then, they have to argue their position in writing and in class conversations on video conferencing platforms, she said.

Using online tools has opened her eyes to new possibilities in the classroom, she said, as well as how she could better reach students with high truancy rates. But remote teaching is challenging, she said.

Hoberg spends a lot of time reaching out to each of her 125-plus students each week. Still, she has about 25% completing the online assignments, compared to as high as 75% in a normal school setting. Even some of her highest achievers have been incognito. She said the numbers are consistent across Washington Middle School, and she’s heard of worse completion rates at other schools.

She said a variety of factors contribute to this — it’s not laziness. Many students don’t have Wi-Fi at home or their only connection to the internet is through a shared family phone. She also offers paper packets to families — common districtwide — but worries some don’t reach students through the mail. She doesn’t see the results, since teachers have been cautioned not to accept returned packets to prevent the spread of germs. What’s more, all students are dealing with the mental strain of an unprecedented world event.

But she continues to try to reach the students who aren’t engaging.

Kindergarten teacher Alexandra Terjeson starts her work week by calling the parents of each of her 18 students to touch base on how they’re doing and if they need any help with things like virtual class logins. It can be challenging to get in touch with each family, and she juggles phone calls, email, texts and apps to do so, she said.

Some of her students engage in new English language arts and math content — like addition problems — online, while others use paper packets. Terjeson is beginning to create content videos, and also hosts class gatherings through video conference platforms.

She said the online connection has been valuable to the students who use it, in large part because it allows them to socialize with one another and play games like I Spy or Would You Rather. She said this is important to their social-emotional health. But she misses the in-class connection and support she usually can provide.

It’s a work in progress, Terjeson said. But she and her colleagues are working hard to make sure students don’t miss out on their kindergarten opportunity.

Across the county in the Highland School District, Sandie Zugner is also working hard to keep her kindergarten students engaged. She also has lessons through video conference, posts videos online and has a Facebook group to keep parents up-to-date in addition to weekly calls. She plans out lessons in collaboration with the three other kindergarten teachers in her building, and they break up work by subject. She handles creating math videos for all kindergarten students, for example.

She said learning new technology was a big hurdle to remote teaching at first, but she feels comfortable now, even if it’s not ideal.

All 17 students in Zugner’s class were able to check out laptops from the school. They don’t all approach remote learning the same way, with some joining video calls and others leaning into the online assignments, she said. Students also receive weekly paper packets, which are returned for grading. They include materials for drawing or writing, which parents can submit pictures of and submit online.

Zugner echoed Terjeson’s sentiment that she missed seeing students and their learning development.

“There are a lot of kids wondering when they can go back to school,” she said. “It’s hard to say whether this has been detrimental or beneficial for the kids. … We don’t know yet.”

First in a series

This is the first of a two-part series about how teachers in the Yakima Valley are interacting with students during the pandemic.