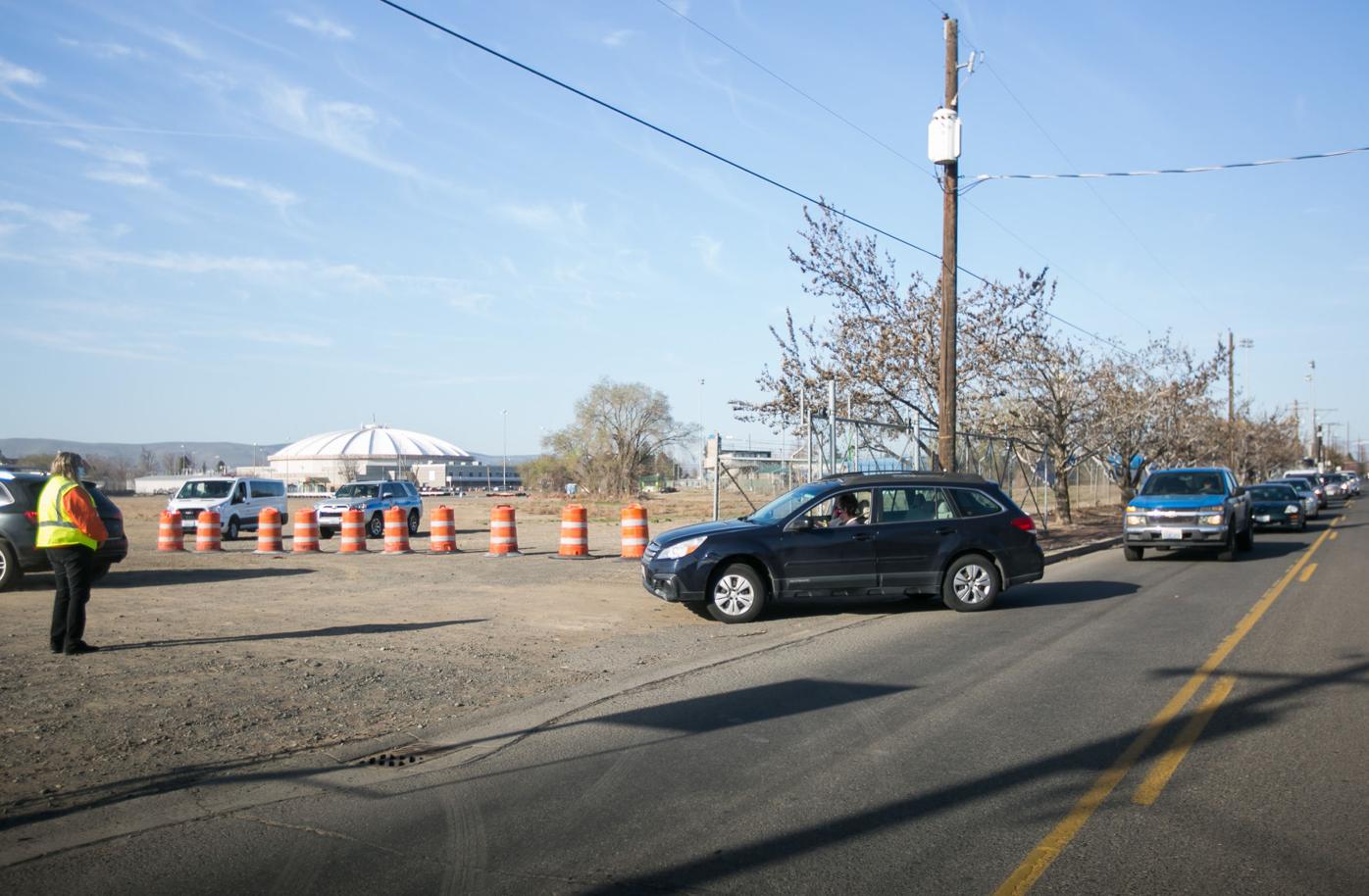 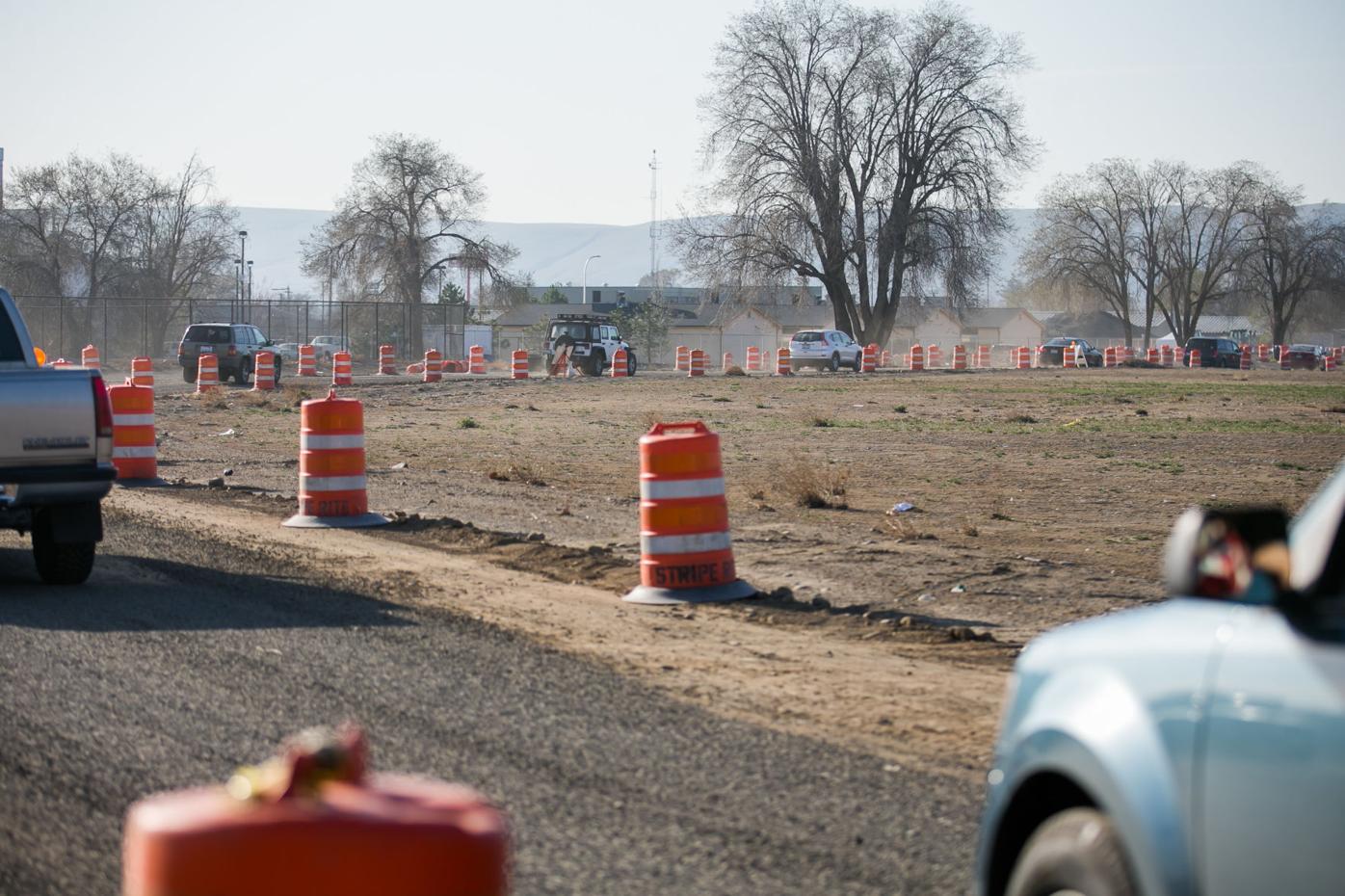 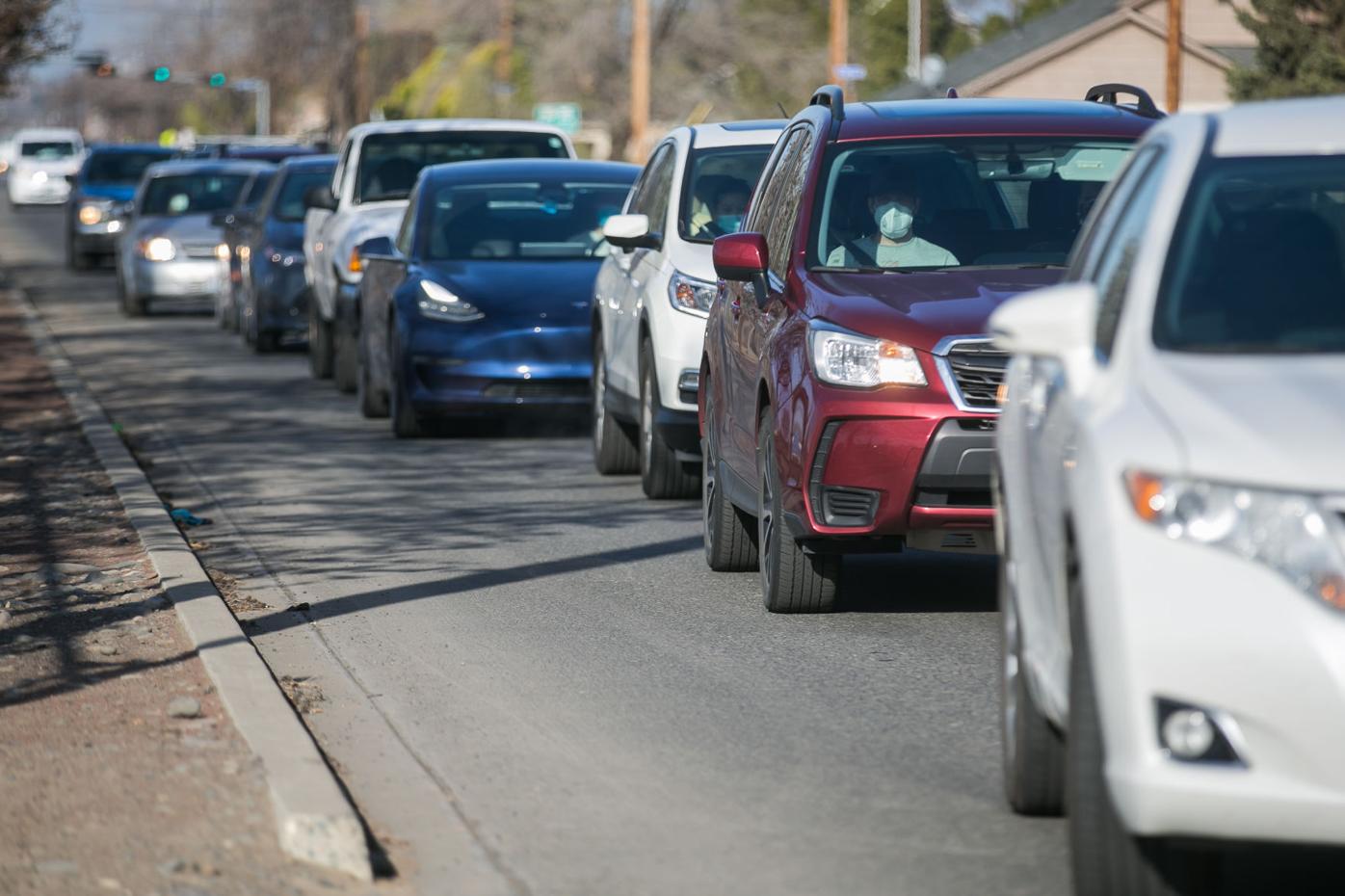 Motorists line up on Pacific Avenue for appointment slots at the Pilot Community Vaccination Center Wednesday, March 31, 2021, in Yakima, Wash.

Motorists line up on Pacific Avenue for appointment slots at the Pilot Community Vaccination Center Wednesday, March 31, 2021, in Yakima, Wash.

Although Wednesday marked the official opening of a new federal mass vaccination center at State Fair Park in Yakima, a “soft launch” Tuesday gave staff a chance to see how it would work.

Providers don’t want to waste any doses, so they arranged with nearby Fiesta Foods to deliver doses there if some were left over, Johnson said during the regular Yakima Health District Board of Health meeting Wednesday. Board vice chair Dr. Sean Cleary led the meeting because Yakima County Commissioner Ron Anderson, health board chair, was at the ribbon-cutting for the mass vaccination center.

“We did 244 doses at the site, then we went over to Fiesta Foods as a team and set up at the corner,” Johnson said. “We were able to push 35 doses there.”

Health care officials want to ensure the vaccine is distributed as equitably as possible. With that goal in mind, the Yakima site is one of 23 nationwide selected for a pilot community vaccine center by the federal government, which is placing them in high-risk communities in partnership with state and local officials.

“Candidly, most of these federal sites are positioned in very large communities,” said Andre Fresco, executive director of the health district. He called the mass vaccination center “a tremendous opportunity” for a county of Yakima’s size.

Starting Wednesday, the capacity of Yakima’s new vaccination site increased from 200 to 1,200 vaccine doses a day and operations expanded from five to seven days a week. The goal Wednesday was to distribute 600 vaccine doses, Johnson said, and up to 1,000 doses every day the rest of the week.

It’s an eight-week project that will deliver first dozes of the Pfizer vaccine in the first three weeks and boosters in the second three weeks. What vaccines will be available in the final two weeks is unknown at this point.

Those could be delivered through mobile vaccination centers to agricultural workers, who move from farm to farm as the growing season progresses, and the homeless population, which can be difficult to reach.

“Part of our negotiations with the state was the recognition those mobile platforms were necessary to reach people throughout the county,” Fresco said. “It’s really reflective of the circumstances we find ourselves in in Yakima County. We are moving into serious growing season here.”

Five to seven people will coordinate the mobile teams, Johnson said. Mobile unit locations and hours will be available soon and updated on the health district’s website, YakimaHealthDistrict.org.

“We understand that our community has some big barriers that prevent some people from coming to get the vaccine. ... or getting online, or even get to an appointment,” Johnson said.

Yakima’s mass vaccination center is primarily set up as a drive-thru site for those who qualify for a vaccine, but individuals also can walk up. Those driving should use Gate 15, and those walking on to the site should use Gate 1. People who need a fare-free ride can call 211.

Health board member Naila Duval asked about the hours of the mass vaccination site. Officials set them to mirror the hours of the community-based COVID-19 testing site, which remains open at State Fair Park. They also wanted to make sure weekends were covered, with at least one evening option.

“These hours are flexible” and may be adjusted to see what will meet the needs of the community, Johnson said.

As Fresco and others noted, the mass vaccination center is a lot of work on the part of many people. It’s also expensive, but it will be fully funded by the federal government.

In his report to the board, senior health district finance manager Chase Porter said the district will see some fluctuations in its cash flow for funding the vaccination site.

“We will most definitely need a budget amendment by the year end, especially with the vaccine site. Most of the expenses will flow through us. The bills will come to us. We will pay those bills, then invoice (the state Department of Health),” he said.

Usually, those receiving federal money must put up 25%, but during the pandemic, federal funding has been 100%, Fresco said, “and that’s really amazing.” The other positive aspect is the fact that the health district can bill the state for federally funded expenses and thus get reimbursed more quickly. Getting reimbursed by the federal government can take anywhere from a few weeks to months.

With the west side of the state seeing an uptick in COVID-19 cases in the last few weeks, “It’s great to have this vaccine site coming to our county,” said County Health Officer Dr. Larry Jecha. “I think that’s going to be a big help.”

Yakima County is stable right now, he added, but residents can’t let their guard down. Officials have seen some increase in variant strains in Yakima County, Jecha said. The county has had the UK and South Africa variants, and the Centers for Disease Control and Prevention added two California strains as variants of concern this month.

“We found out that we have quite a few of the variants of California in Yakima,” which is not surprising, Jecha said. He expects they will be predominant over the next few months.

“Vaccines will work on these. We’ll keep our fingers crossed and get people vaccinated before variants start being more of a concern,” he said.