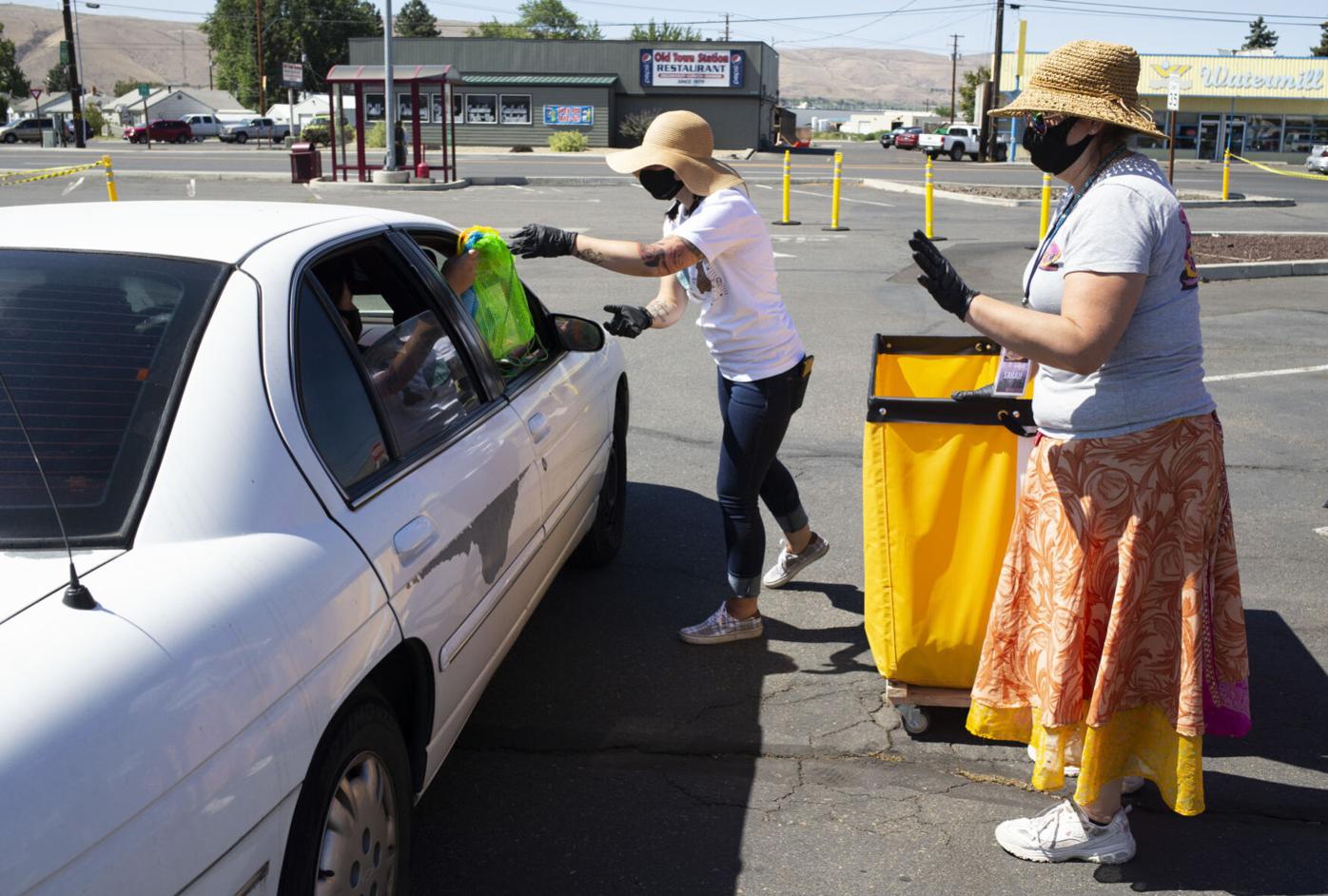 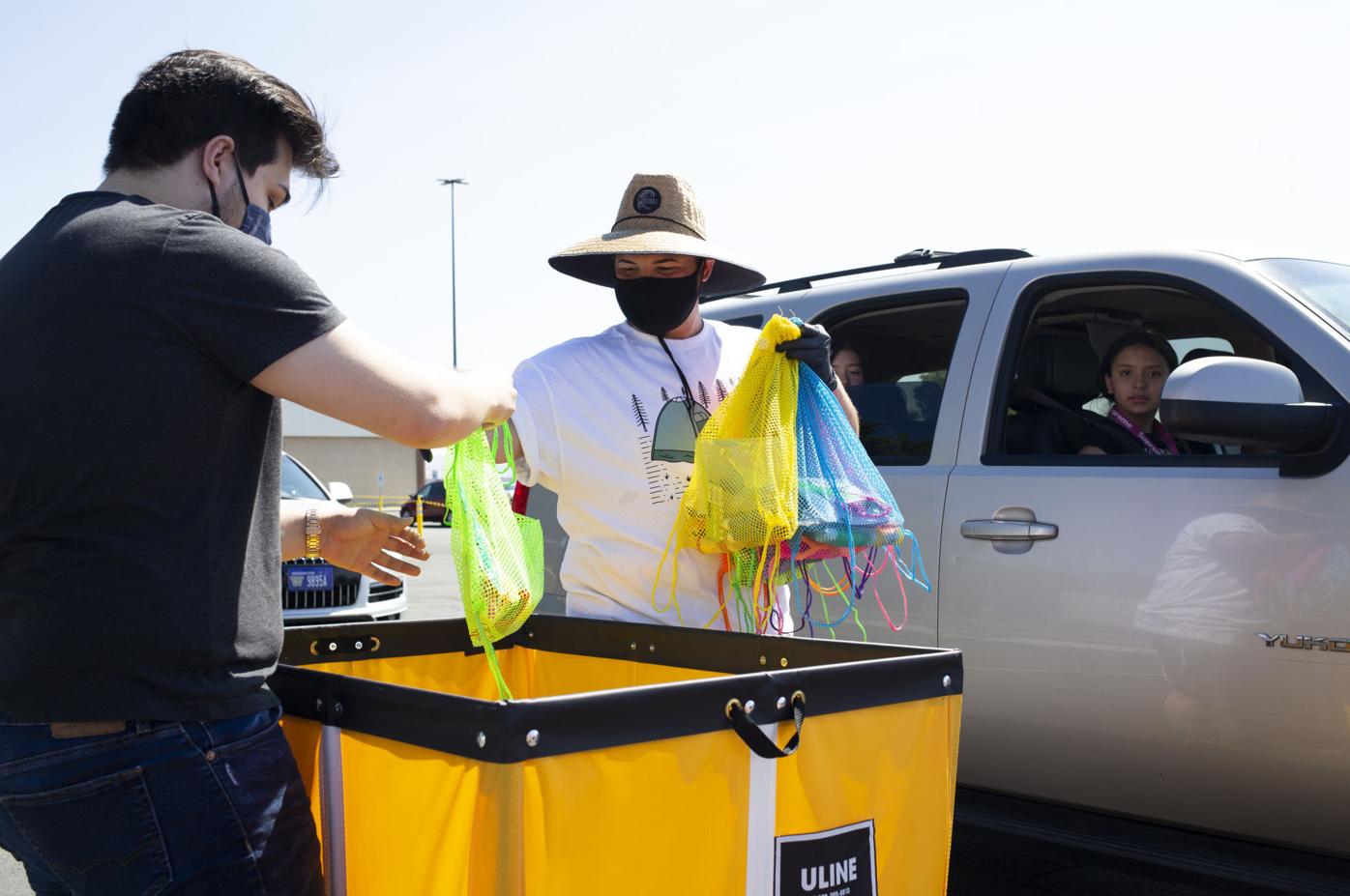 Just before noon Thursday, there was a line forming outside the Hot Topic store at the Valley Mall.

And that’s what drew Christian Jimenez, 22, to stand in line Thursday. He was in line to buy Goku, a character from the anime Dragon Ball.

Thursday was the first time Jimenez, who lives in Grandview, was at the mall since it reopened July 7.

He only made limited trips outside the house for his safety and his mother, who is a breast cancer survivor.

He was prepared to take extreme caution but was pleasantly surprised to see the mall managing capacity and enforcing the 30-minute shopping limit.

“I have more confidence,” he said.

More than two weeks after reopening, the Valley Mall in Union Gap has settled into a new normal, said marketing manager Jacob Butler.

“Our opening plan was pretty comprehensive. We haven’t had to make too many adjustments,” he said. “The shoppers, in general, are just happy to shop again. They’ve been overly cautious, which is very much appreciated.”

The mall closed March 22. It reopened just days after Yakima County entered modified Phase 1 under the state’s four-stage reopening plan. Modified Phase 1 allows retailers to open at 15% capacity and with a 30-minute time limit inside stores.

On the mall’s first day back, only a handful of retailers opted to open. Many chose to wait several days to reopen so they could clean, lay out their stores to encourage social distancing and to train staff.

By Thursday, nearly all the Valley Mall’s stores and eateries were open. Victoria’s Secret and Bath and Body Works, the last of the retail stores still closed, were scheduled to open Monday.

“L Brands is very protective,” Butler said, referring to the parent company of both stores. “They monitor their openings closely.”

For the most part, the long lines from the first few days of the mall’s reopening were gone Thursday. There was no wait to enter the mall, and shoppers could visit most stores without waiting.

A handful of stores did have lines Thursday, primarily Ross and T.J. Maxx, which are in the Valley Mall Plaza, the neighboring open-air shopping center.

Sharon Dolan was waiting in line at Ross early Thursday afternoon. The 76-year-old Yakima resident, who spends the winter months in Yuma, Ariz., hadn’t visited the shopping center since October.

Dolan returned to Yakima in April. Other than a handful of grocery store trips, she has remained at home and was happy to be out shopping, even with restrictions.

“I’m getting tired of staying home. Those four inside walls are still the same,” Dolan said with a laugh.

Back at Hot Topic, Emily Borup, 26., was waiting in line to purchase a Funko Pop figurine from the anime My Hero Academia. It was Borup’s third trip to the mall, and she was used to the rules.

“The mask does get warm after a while, but it is what it is,” she said.

The one challenge Borup encountered was buying a shirt that didn’t fit her, resulting in an unplanned trip to return the item. Fitting rooms are not available, so shoppers must choose clothing by sight and try them on at home.

Borup sees it as another adjustment because of the COVID-19 pandemic.

“If you understand your size, it’s pretty easy,” she said.

Butler said nearly all the mall’s retailers are continuing to offer curbside pickup for shoppers still not comfortable shopping inside the mall.

Kids Club gets a new look

As marketing manager, part of Jacob Butler’s job at the Valley Mall has been organizing events. But with that out of the question during the COVID-19 pandemic, Butler has had to cancel or reimagine them.

One of the revamped events is the mall’s weekly Kids Club. Held weekly during the summer months, it features a craft activity and a treat.

The Kids Club was converted into a drive-thru event. Now families drive through the mall parking lot to pick up a goodie bag that features a treat and materials for a craft activity. Wednesday, the goodie bags revolved around an outdoor theme: There were materials to make a pinwheel, a booklet of activities families could do to benefit the environment, and frozen popsicles. Mall staff was dressed like camp counselors to complete the theme.

So far, the event has attracted about 1,000 kids each week, Butler said. The Kids Club drive-thru event will continue from 11 a.m. to 1 p.m. Wednesdays through Aug. 19.

“Everyone is so excited that it’s still available,” he said.