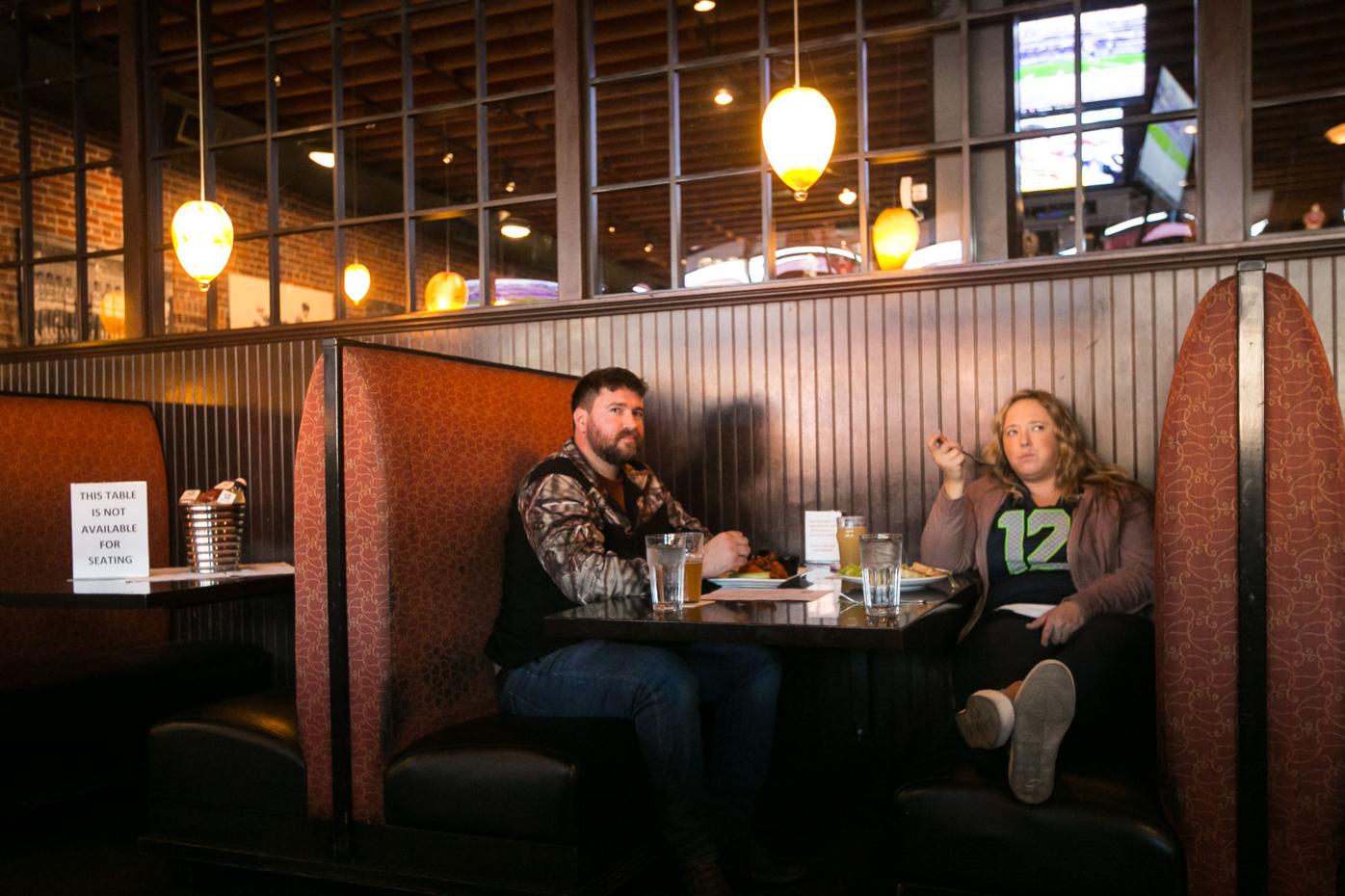 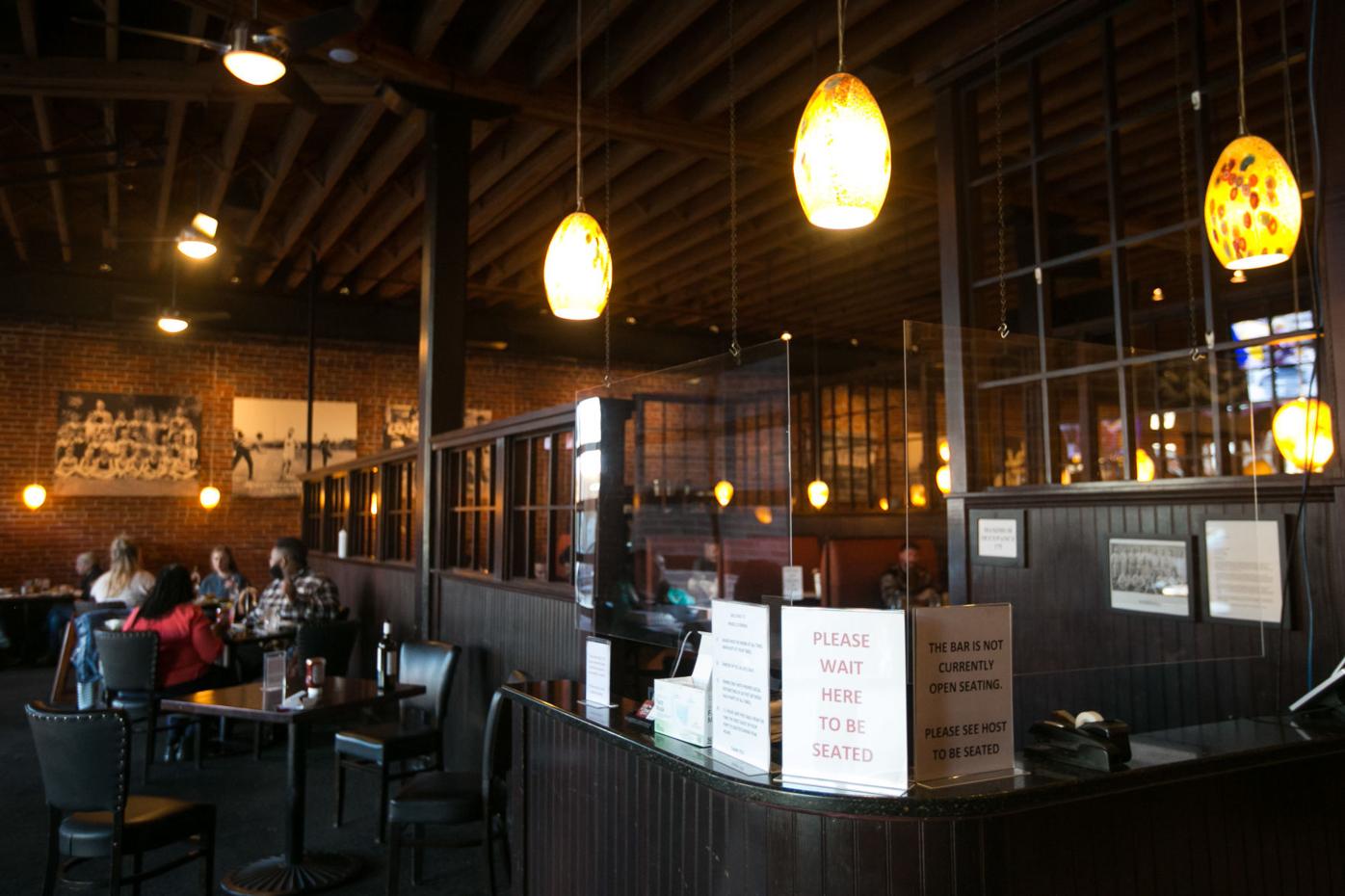 A social distancing sign and plexiglass barriers stand in front of the host counter at Second Street Grill in Yakima, Wash., Sunday, Nov. 15, 2020. 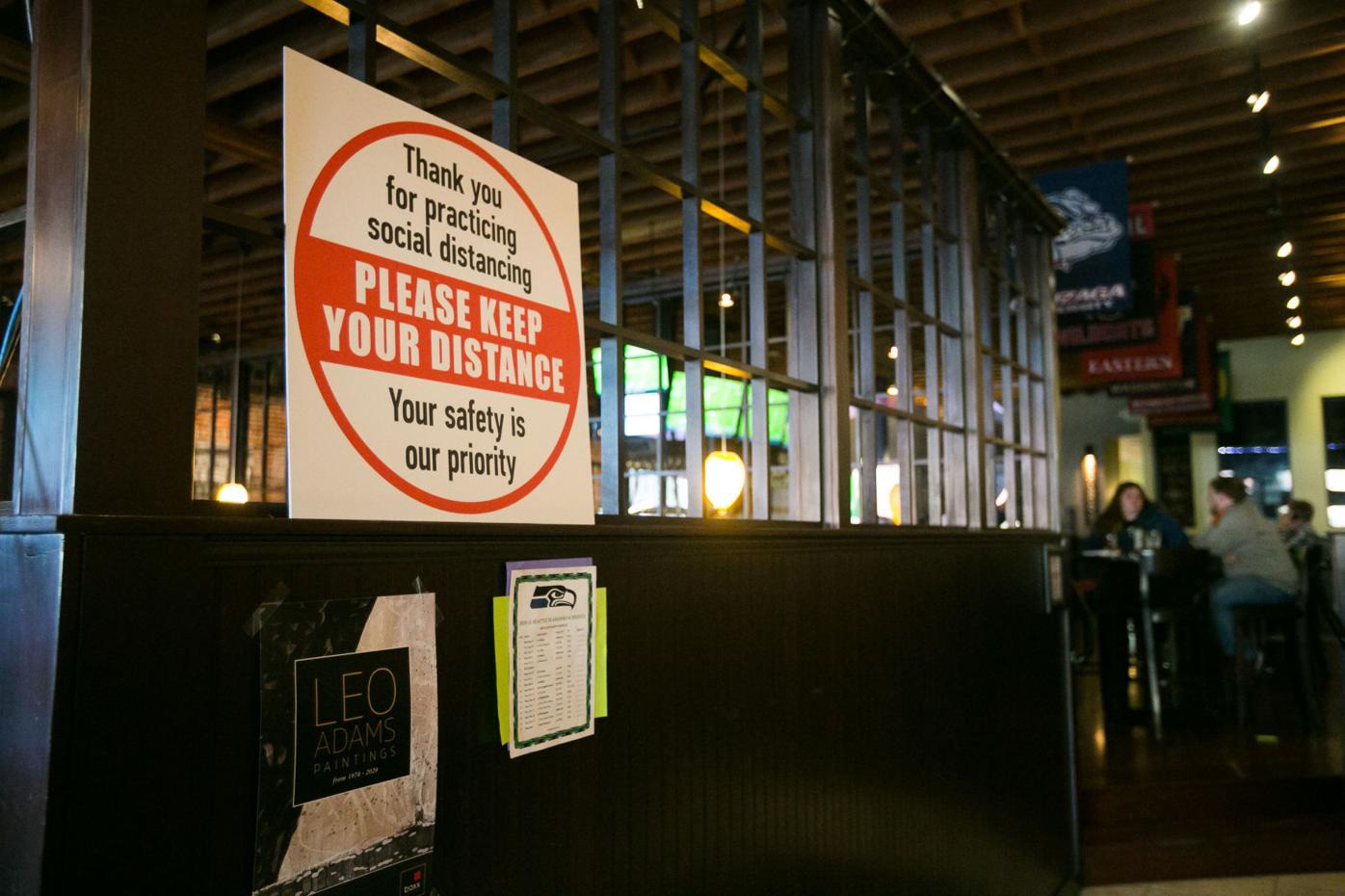 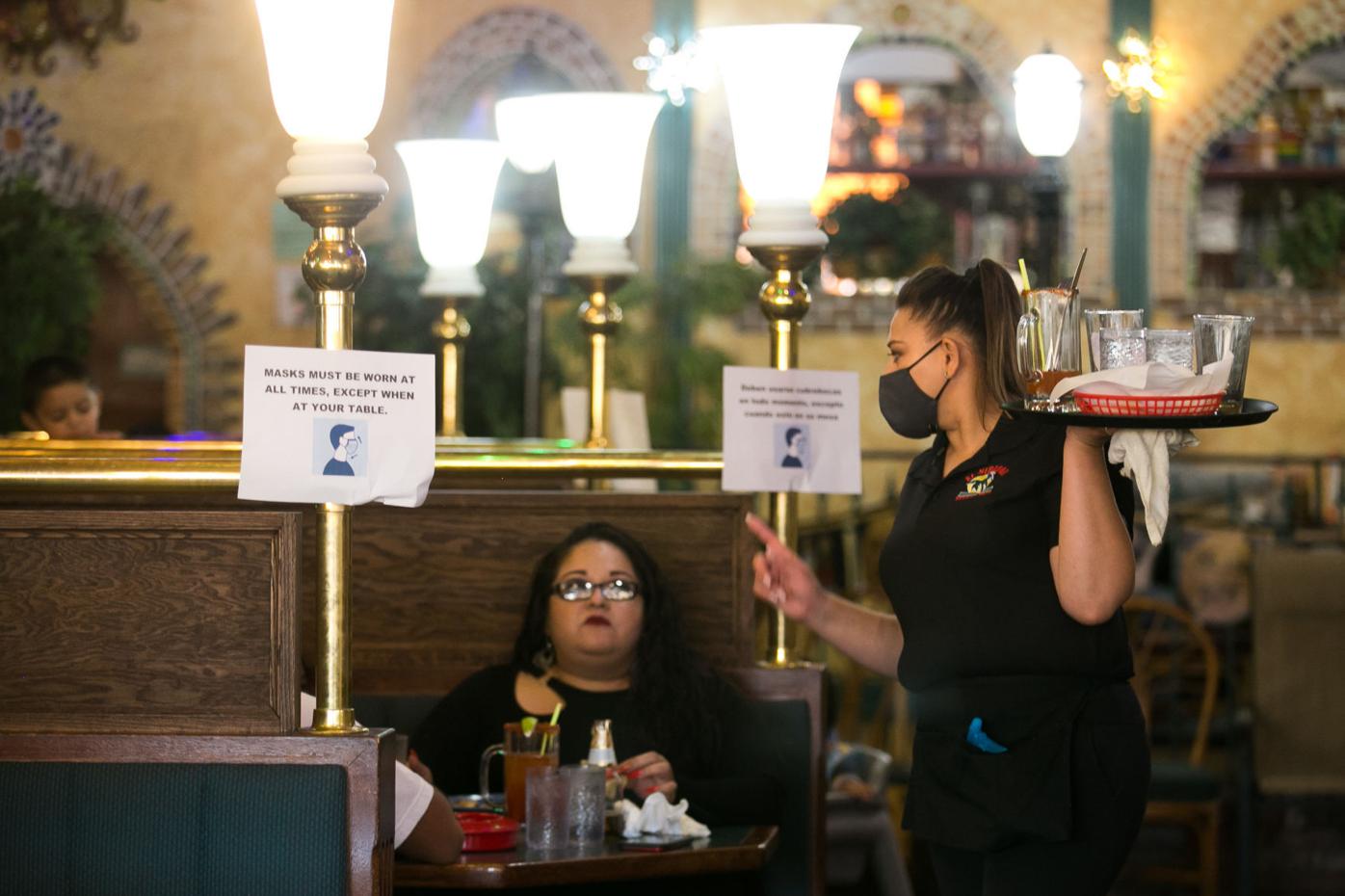 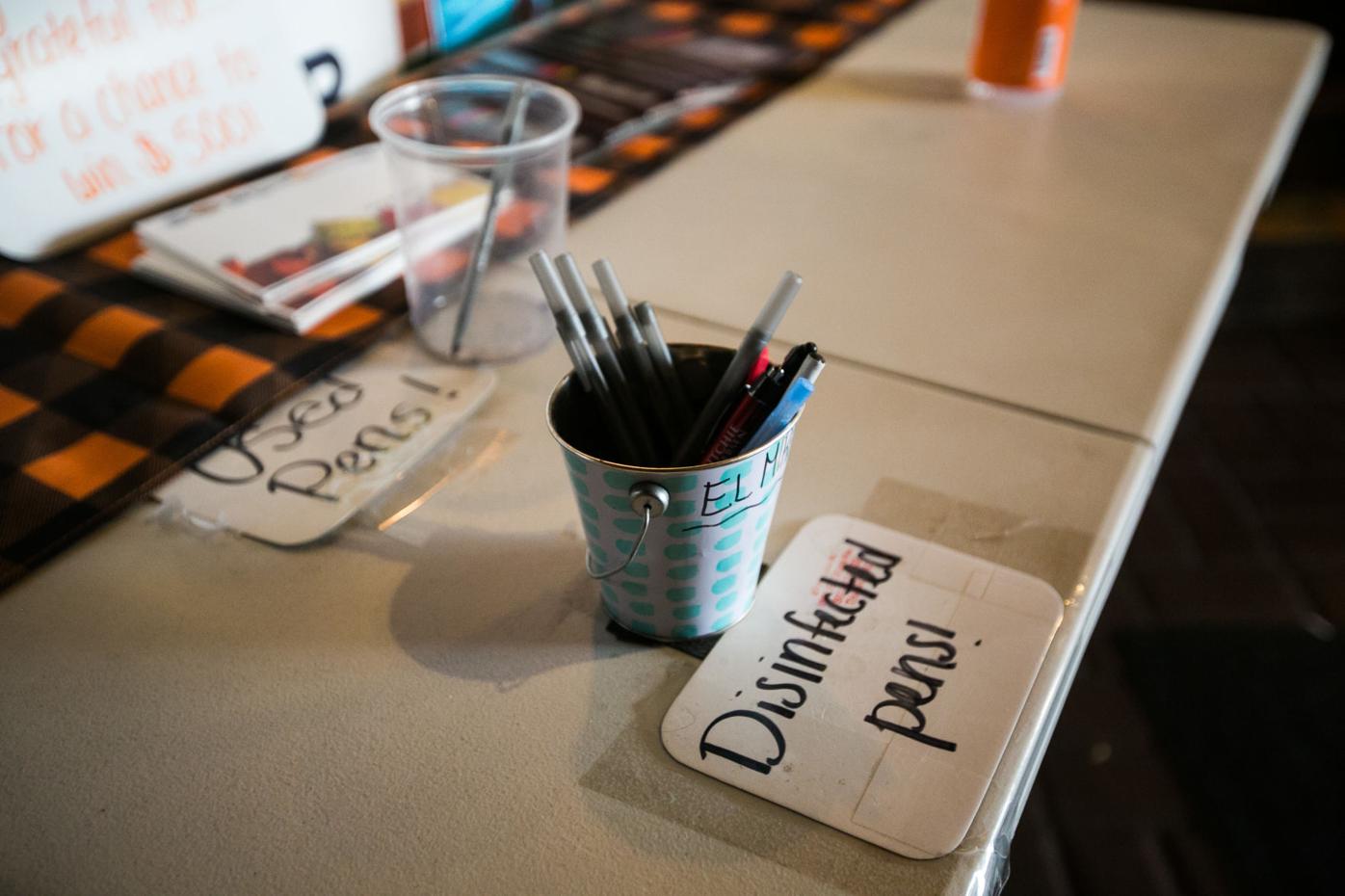 A bin of disinfected pens rest near the host counter at El Mirador in Yakima, Wash., Sunday, Nov. 15, 2020.

A social distancing sign and plexiglass barriers stand in front of the host counter at Second Street Grill in Yakima, Wash., Sunday, Nov. 15, 2020.

A bin of disinfected pens rest near the host counter at El Mirador in Yakima, Wash., Sunday, Nov. 15, 2020.

Many restaurants, bars, fitness centers and movie theaters have reopened over the last month and now have to close again or only provide take-out service under the four-week shutdown that takes effect at midnight Monday.

“These guys are just now feeling like they’re starting to see daylight, and now they’re going to drown,” Best said.

Best said she spent Sunday morning on the phone with upset business owners across the Valley.

“It’s my job to give people hope and I don’t know where to look for that now,” she said.

She said she’s holding an emergency meeting Monday morning with business owners to discuss what can be done about helping them weather the loss of business or challenge Inslee’s order. She wants to know what local lawmakers are going to do about it.

Inslee cited an explosion in COVID-19 cases statewide as reason for the temporary shutdown.

Yakima County reported 46 new cases Saturday. On Friday, 132 new cases were reported, the most since summer, when the county averaged about 150 new cases daily.

Best isn’t buying that argument. She questions the timing of the shutdown order and whether it’s warranted here. She said while cases have increased in Yakima County the past few weeks, they haven’t increased as much as in other areas across the state.

She said the order comes as a blow to all the area businesses that got on board with masking requirements, employing social distancing and other protective measures — everything Inslee wanted.

As a result, the number of cases drastically decreased, she said.

“And for him to turn around and pull this, this is egregious — this is nothing short of egregious,” she said.

“Today, definitely,” he said. “Earlier we were on an hour waiting list,” he said.

He said the restaurant managed to keep afloat when it offered takeout-only during the previous closure.

But there were cutbacks. Before the first shutdown in March, the restaurant averaged nearly 18 workers. On Sunday, there were eight.

Signs about social distancing and hand sanitizing stations dotted the restaurant. Employees were all wearing masks.

Buchanan said the second shutdown wasn’t a surprise. With the cold weather, outdoor dining won’t be an option. He said he hopes state and federal grants will be provided to help offset business loss.

El Mirador in east Yakima was also busy with customers seeking to dine inside before the shutdown.

A small boy wearing a mask popped through the entrance doors with his arms spread like a superhero. His parents followed, laughing.

But in a couple of days, it’s going to be tough to keep everyone working, said manager Cecilia Ramos.

The restaurant has been reducing hours in an effort to keep everyone employed, she said.

Customers were supportive when only takeout was available, and she assumes that will continue during this shutdown.

“We’re appreciative so much — every single customer in this time because it’s really hard right now,” she said.

Dr. Tanny Davenport with Virginia Mason Memorial hospital said there’s been an increase in cases here in younger people between the ages of 20 and 40.

He said health officials across the state are attributing the recent spike in cases to people increasingly gathering with others outside their home.

He said he didn’t have specific data on what was causing the spike in Yakima County, but said Inslee’s orders need to be taken seriously.

“We are all just trying to figure it out, but we do know the numbers have gone up significantly the past couple of weeks,” he said.

Davenport said the county is a couple of weeks behind the surge that’s playing out on the west side of the state, but hospitalizations have increased here.

At one point, hospitalizations due to COVID-19 were as low as four or five patients a day at Virginia Mason Memorial, he said.

On Sunday, he said, the hospital had 12 patients.

“But if we follow Western Washington’s trend, that could put a strain on our local hospitals and it has us very worried,” he said.

Hospitals will struggle to treat other patients if they are filled with COVID-19 patients, he said.

“I think what we we’re doing wasn’t’ working,” he said. “We are clearly going in the wrong direction. We support anything that will reduce COVID cases in Yakima and statewide.”