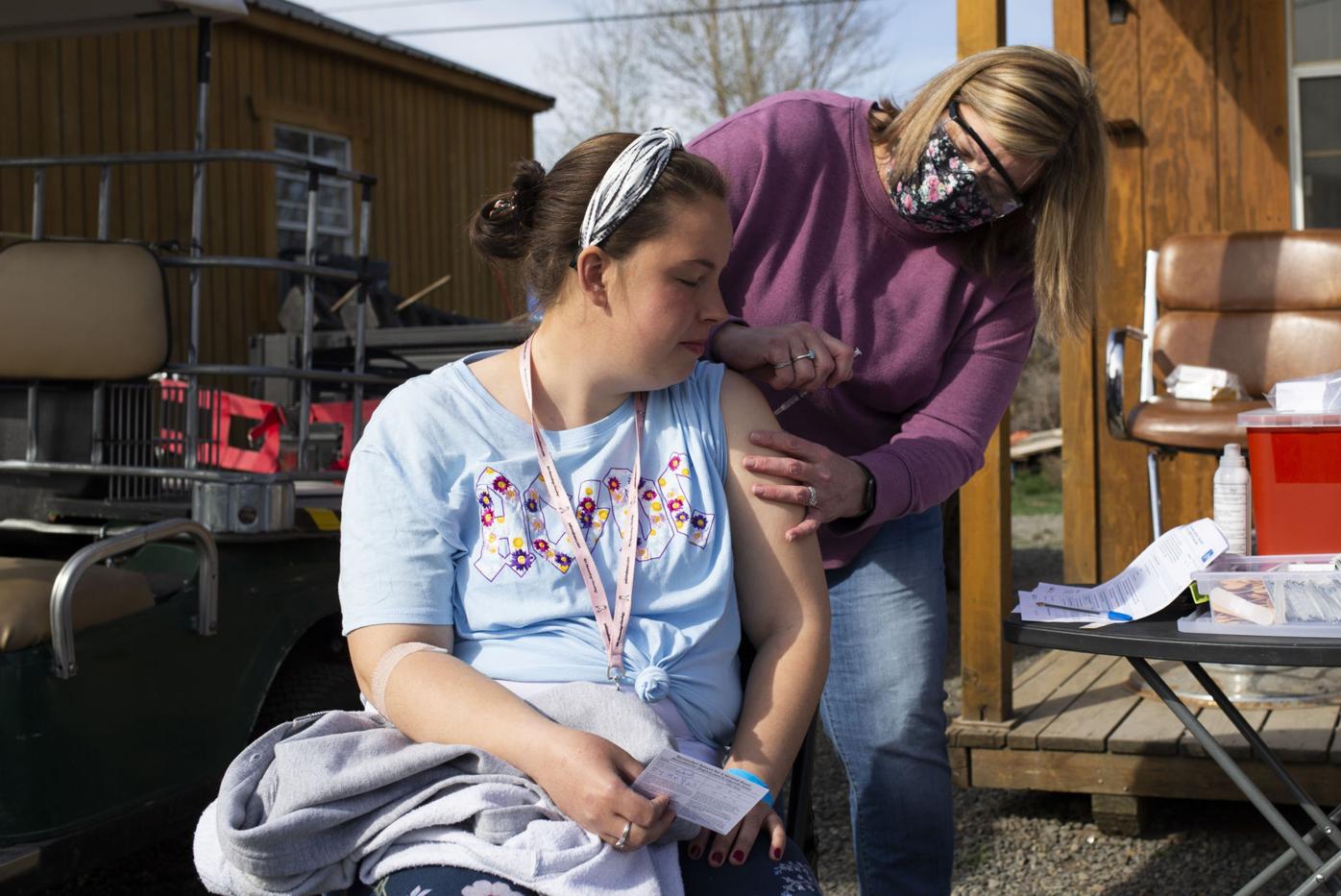 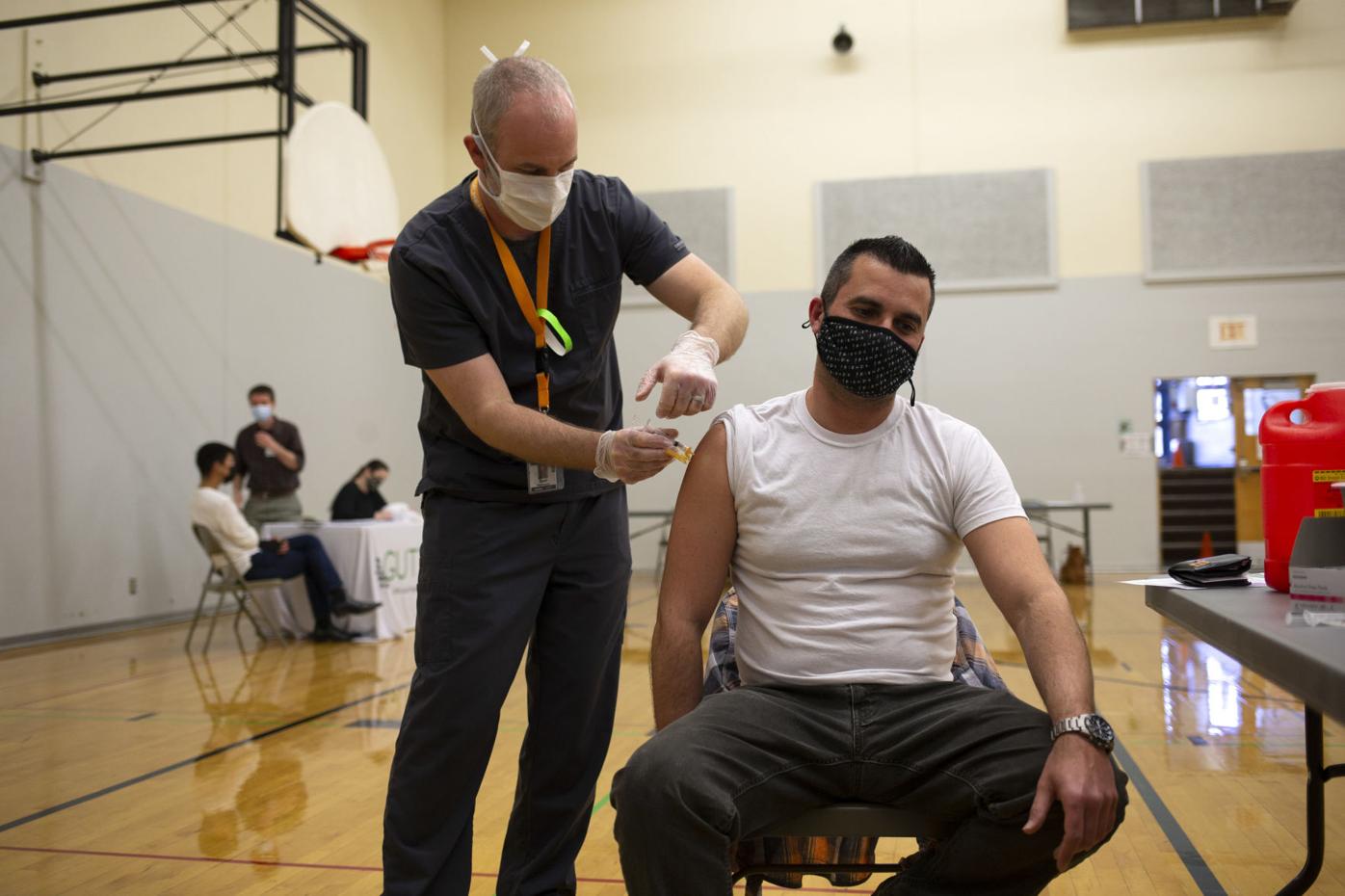 During Wednesday morning’s Board of Health meeting, Jecha pointed to the 18 deaths countywide over the past 30 days due to the virus as well as its increasing spread among younger people, a trend that has become more noticeable in recent months.

“We’re going in the wrong direction,” he said.

The trend could push Yakima County back into Phase 2 of the state’s reopening plan, health officials warned.

Jecha said much of the spread is related to social gatherings and athletics coupled with a reluctance from many in the community to be vaccinated.

“Vaccinations will really make us or break us,” he said. “We need to do better on that. That’s going to get us back to normal as fast as anything else.”

To remain in Phase 3, Yakima County must meet at least one of two metrics: new COVID-19 cases below 200 per 100,000 residents over two weeks, or a seven-day average of new COVID-19 hospitalizations below five per 100,000.

It is not meeting either metric, according to the latest available information from the state Department of Health. The county had 249 cases per 100,000 people from April 7-20. Between April 14-20, the county’s hospitalization rate was 5.8 per 100,000 people, said Lilian Bravo, director of health partnerships for the Yakima Health District.

“The numbers we have right now are not looking good,” Bravo said. “Unfortunately, this is exactly where we were the last time we were evaluated for our metrics. We have to do better — we have to continue to follow public health recommendations.”

The state will evaluate counties on Monday with an announcement on Tuesday, Department of Health officials said Wednesday morning. They are making the announcement Tuesday to give them more time to review information from the weekend. Any change will take effect Friday.

Secretary of Health Umair Shah emphasized that vaccinations are working, and they are the way out of the pandemic.

“Transmission is still increasing. We’re seeing a majority of our counties with rising case counts and that is of concern to us at the state level,” he said during a news conference Wednesday.

Jecha encouraged people not to fear the single-dose Johnson & Johnson vaccination, saying blood clotting is rare and that its benefits outweigh the risks.

He asked the health district to inform the public that the single-dose vaccination is safe and that its benefits outweigh its risk.

“We will push it,” he said. “It’s a good vaccine, especially in one dose in our community.”

Jecha said the Centers for Disease Control found that only one out of a million doses caused clotting. Women 18-49 were most at risk and even among them the risk was low, seven out of one million doses, he said, citing the CDC.

“It’s safe to use because the benefits far outweigh any risk, and it’s a good vaccine,” he said. “It’s one shot and for many people that’s advantageous so it’s a good, safe vaccine.”

Jecha also urged people to continue to mask up and maintain social distancing. Shah emphasized that too, even with new CDC direction Tuesday that allows people who are fully vaccinated to forgo a mask when outside.

“Everyone should continue to wear masks indoors, and avoid large gatherings indoors,” he said. “We know the risk is higher indoors.”

“This has definitely changed over the last year,” Bravo said.

The average age of those who died over the past 30 days from the virus is 66, Bravo said. Before, COVID-19 deaths were more common among those in their 70s and 80s, she said.

She said most in their 70s and 80s have been vaccinated, and that may be partly why deaths are declining in that age range.

Shah said vaccinations save lives. DOH data shows that people who are over 65 and not vaccinated are hospitalized at a rate 9.7 times higher than those who are fully vaccinated, he said.

Joanna Markell contributed to this story.

The state will announce where counties fall under the Roadmap to Recovery coronavirus reopening plan on Tuesday.