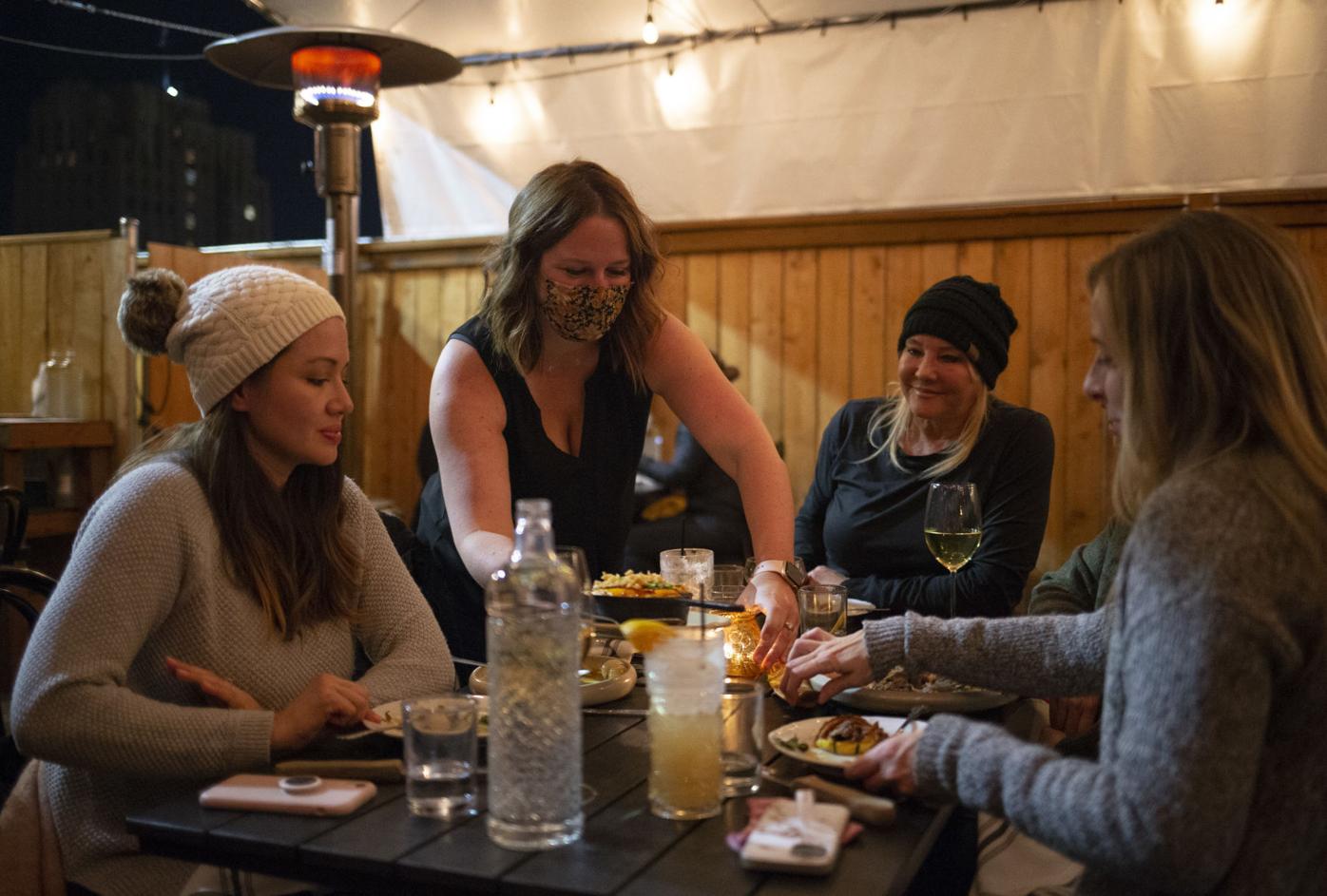 Mollie Koommoo, co-owner of Crafted, center left, serves a scallop bake to customers in the outdoor dining area at Crafted on Friday, Nov. 20, 2020 in Yakima, Wash. 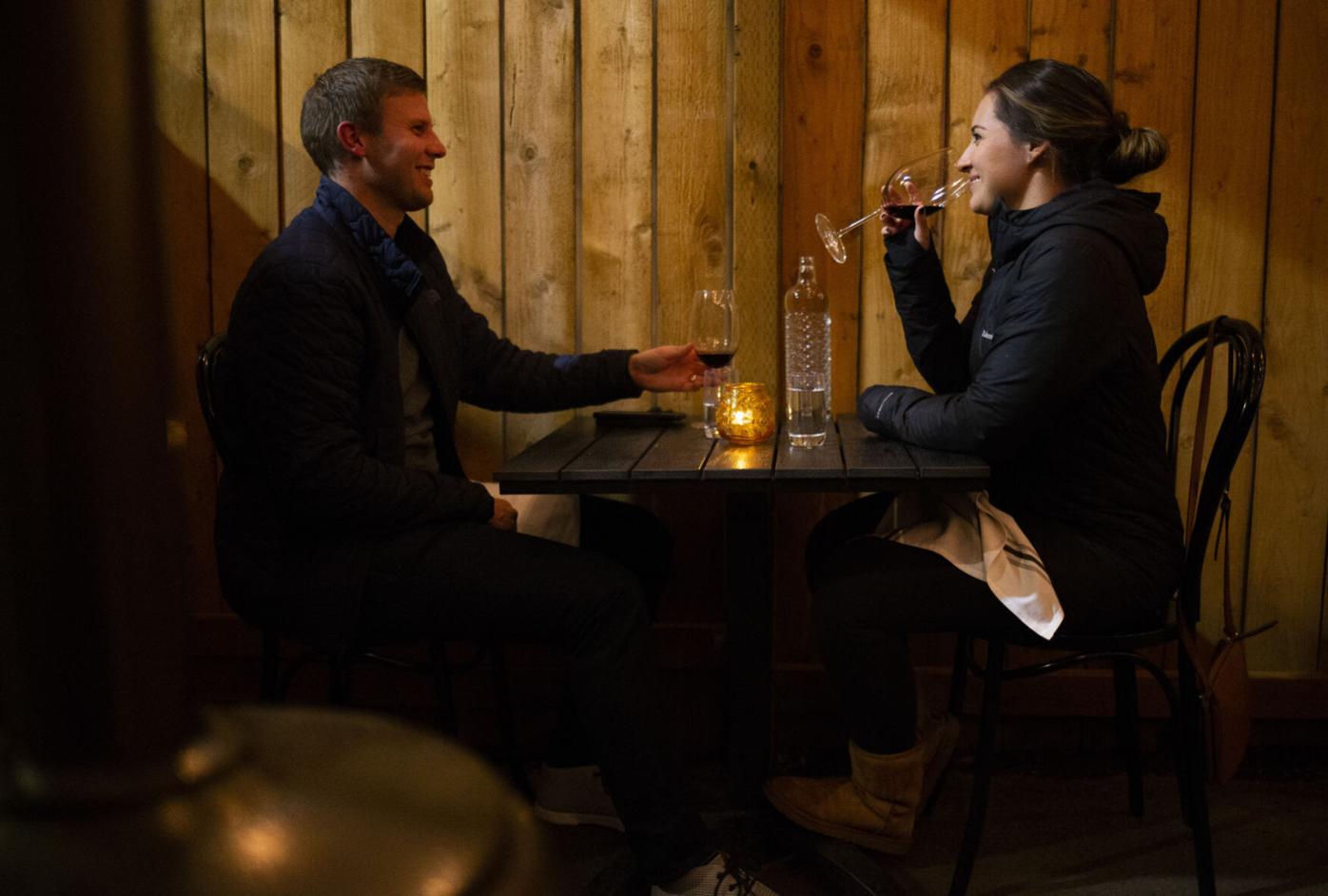 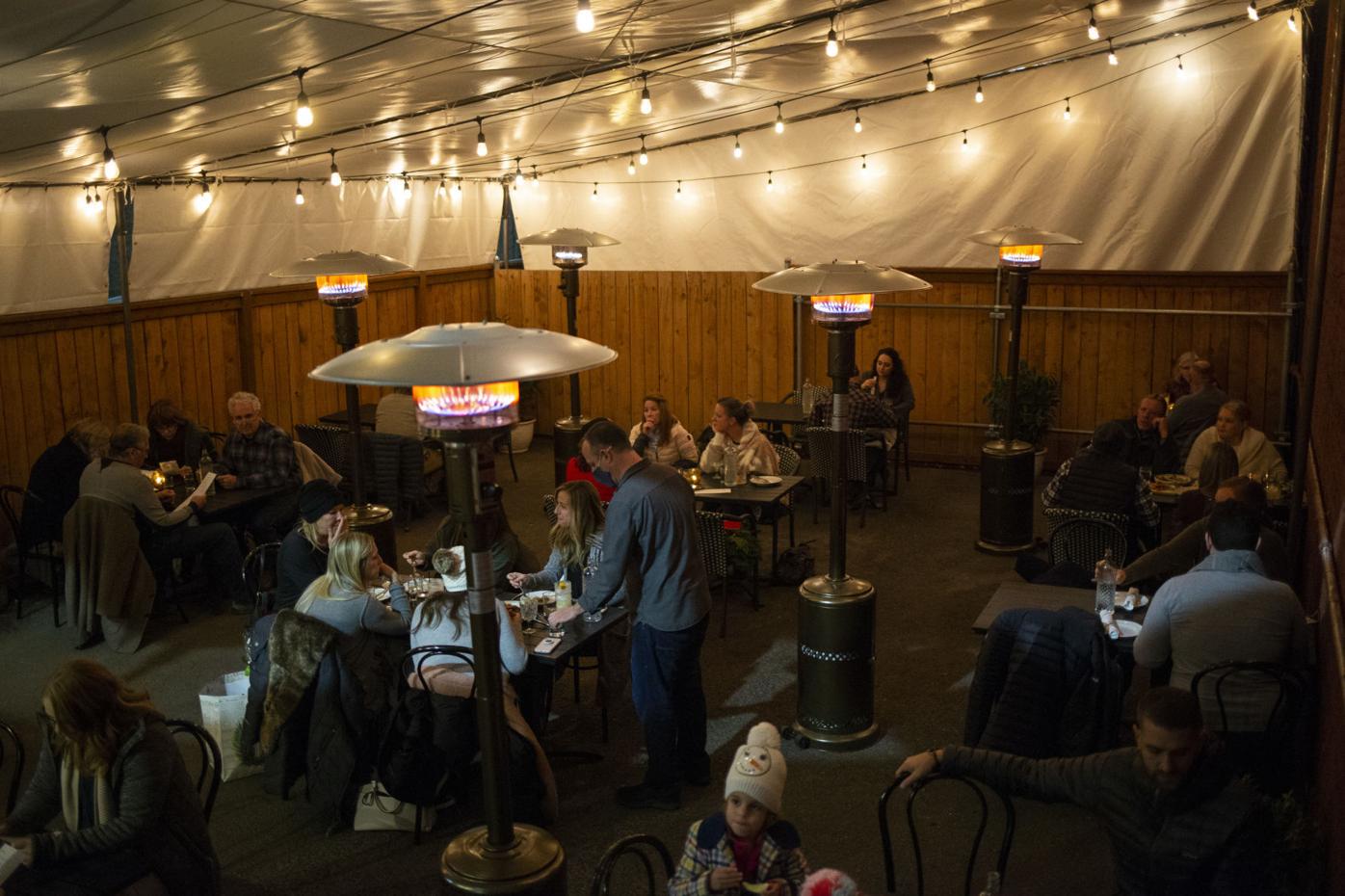 People eat and drink in the outdoor dining area at Crafted on Friday, Nov. 20, 2020 in Yakima, Wash.

Mollie Koommoo, co-owner of Crafted, center left, serves a scallop bake to customers in the outdoor dining area at Crafted on Friday, Nov. 20, 2020 in Yakima, Wash.

People eat and drink in the outdoor dining area at Crafted on Friday, Nov. 20, 2020 in Yakima, Wash.

The Yakima County Development Association is working with Yakima County commissioners to fast-track funds to businesses impacted by new COVID-19 restrictions as it waits for details about the distribution of $70 million in business grants announced by Gov. Jay Inslee on Friday.

Jonathan Smith, executive director of the Yakima County Development Association, said that additional details will be announced by county commissioners soon, but the plan calls for tapping into funds the county received through the CARES Act, the federal coronavirus relief package, earlier this year. His organization has administered 13 state, county and local business and nonprofit grant programs.

The county’s funds would be in addition to whatever portion Yakima County businesses received of the $70 million in statewide business grants. The grants are part of a $135 million package aimed to help businesses and Washington residents.

Around 1,600 businesses and nonprofits countywide have received or will receive funding from state, county and local grant programs. That includes $1.4 million in grants to more than 200 Yakima County restaurants, bars, breweries and wineries.

The grants have served as a lifeline for these businesses.

While the grants nowhere near make up the lost revenue these businesses experience, they still help, Smith said.

“It’s not enough to help all the businesses in the ways they need, but it’s enough to mitigate the harm enough to keep those folks open,” Smith said.

Verlynn Best, president of the Greater Yakima Chamber of Commerce, said she was grateful to see any help to businesses but still had questions on how much of it would go to businesses locally.

“How much are we going to get, and how far will it go?” she said. “It will make a difference on who will make it and who will not.”

State Sen. Curtis King said he felt Inslee’s package was “a good start, but not enough.”

“It needs to be a much better package than he put forth today,” he said. “Businesses are barely hanging on. We have to do something to make sure they survive; that’s where the jobs are.”

King, a Republican from Yakima, continues to take issue with Inslee’s refusal to call the Legislature back into session.

“One person should not make these decisions for the state of Washington,” he said. “Delivering this money is the responsibility of the Legislature. The Legislature needs to be called back in to figure out how we’re going to salvage the economy under the restrictions he put in place.”

Inslee has said he does not believe a special session is needed before the start of the regular legislative session, which begins in January.

Inslee said Friday that the state would continue to use several enforcement actions against businesses that refuse to comply with restrictions, including fines, revoking licenses and, if necessary, action in court.

Several local businesses have declared on social media or through word-of-mouth they will defy restrictions and keep their indoor dining and bar areas open.

Inslee said he hopes to keep enforcement actions minimal. He noted that most businesses do follow restrictions but that the state is prepared to respond to those that refuse to comply.

“You will not be able to skate through this,” Inslee said. “There have been thousands of fines already (issued) to these non-compliant businesses.”

Inslee did not answer whether restrictions could be extended beyond mid-December but said wide compliance of restrictions is crucial to ensuring that additional actions won’t need to be taken later.

“The more of us who are responsible in the next few weeks, the less likelihood there would have to be some further restrictions,” he said. “I hope people keep that in mind.”