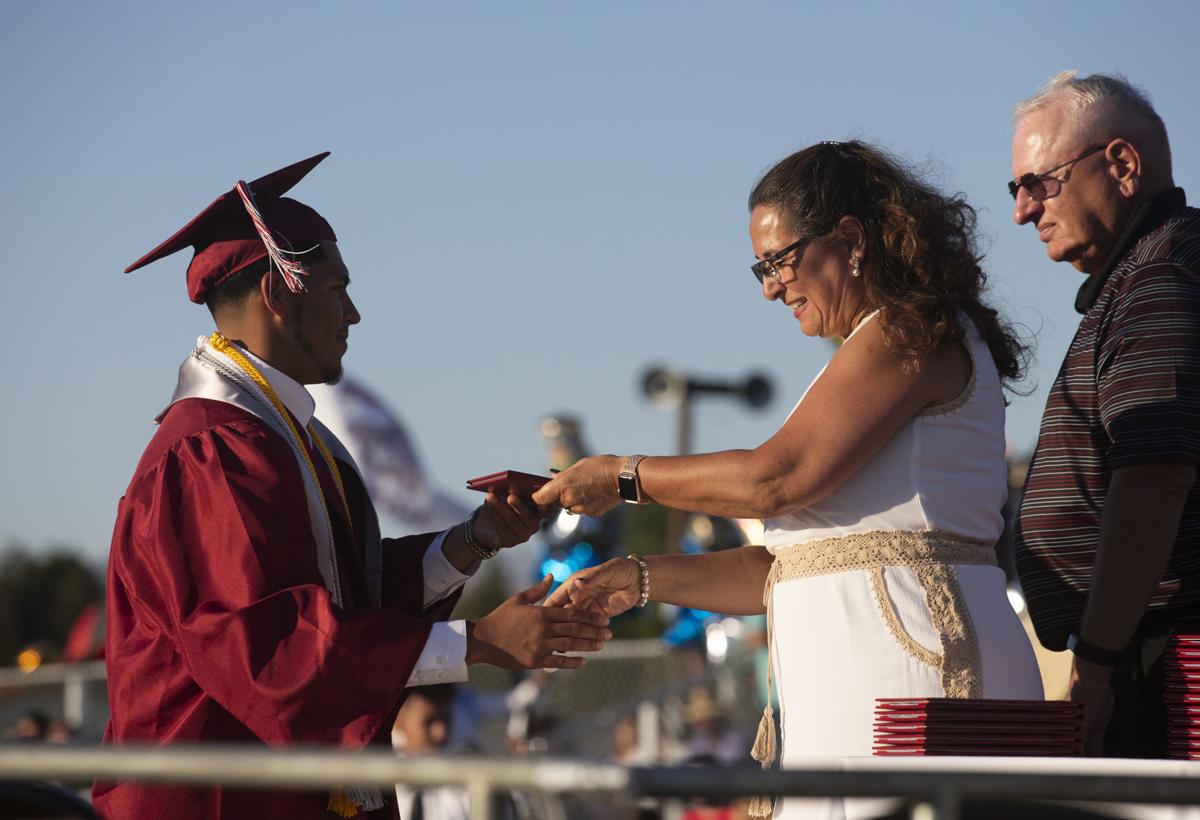 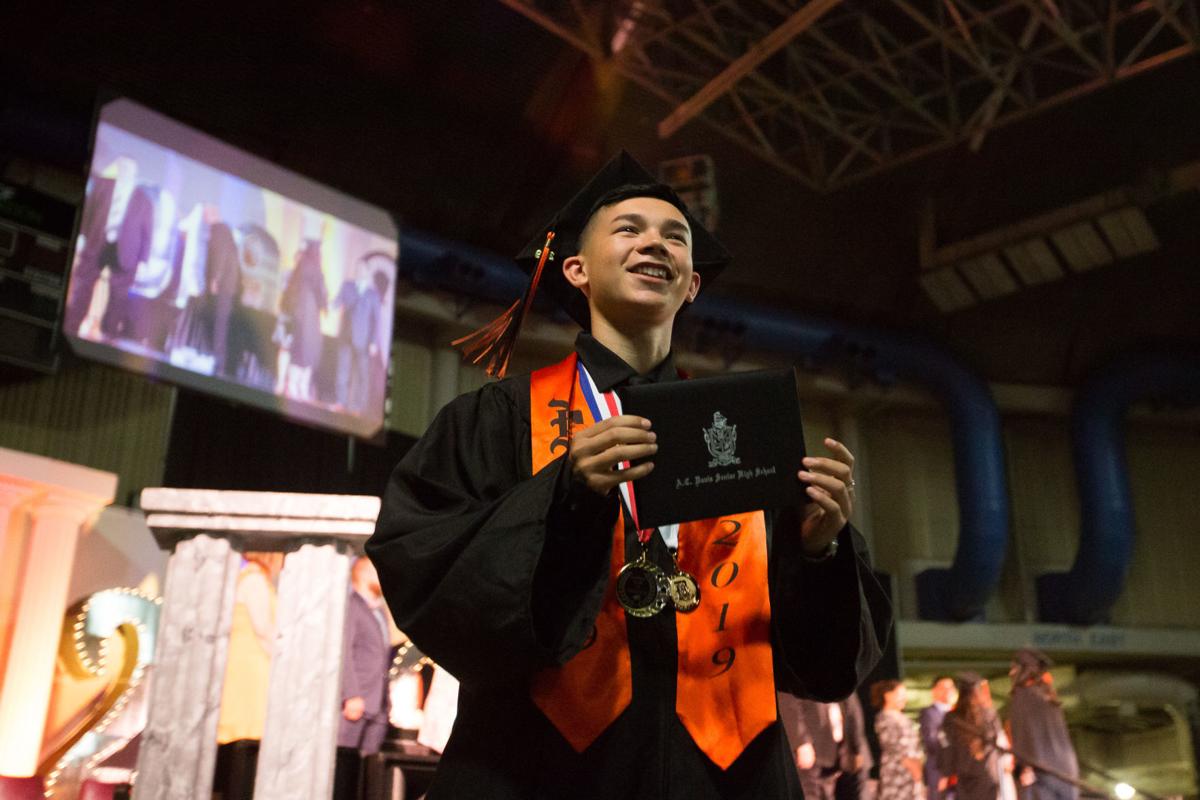 FILE—A Davis High School graduate walks off the stage with his diploma Monday, June 10, 2019, at the Yakima SunDome in Yakima, Wash. 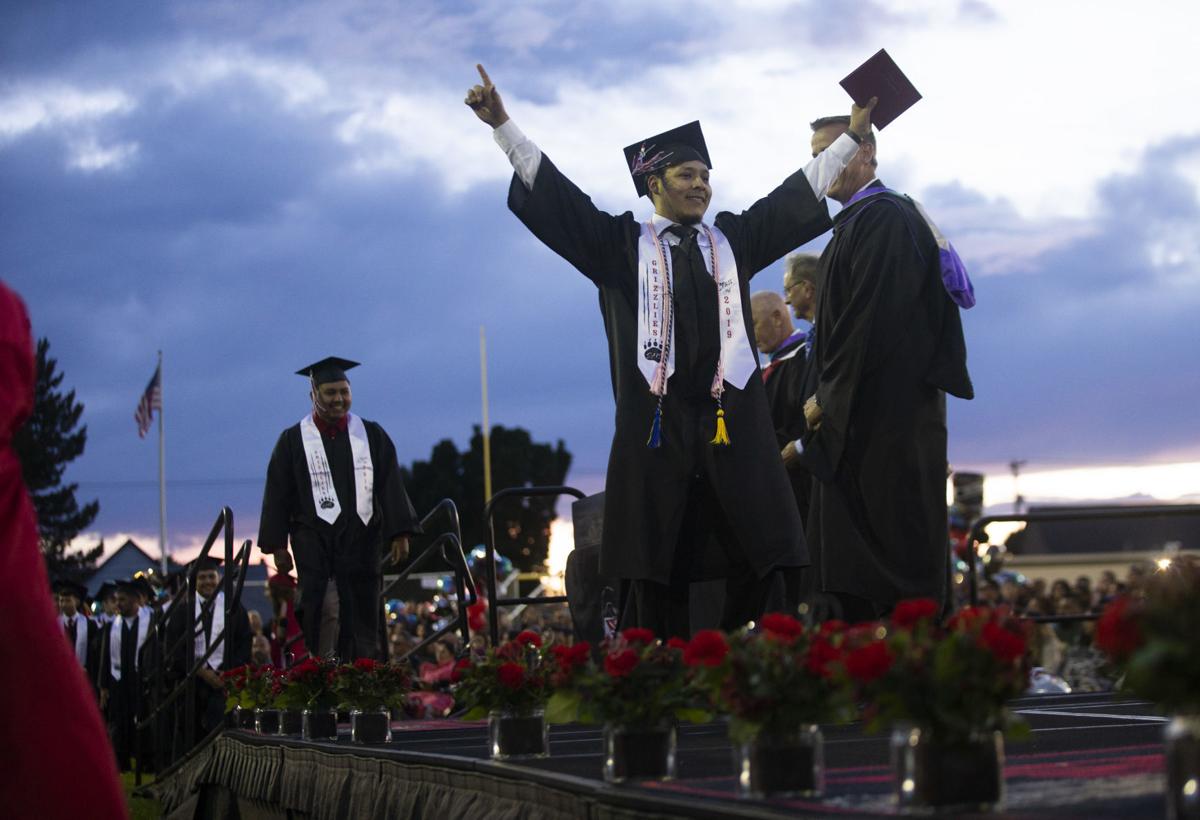 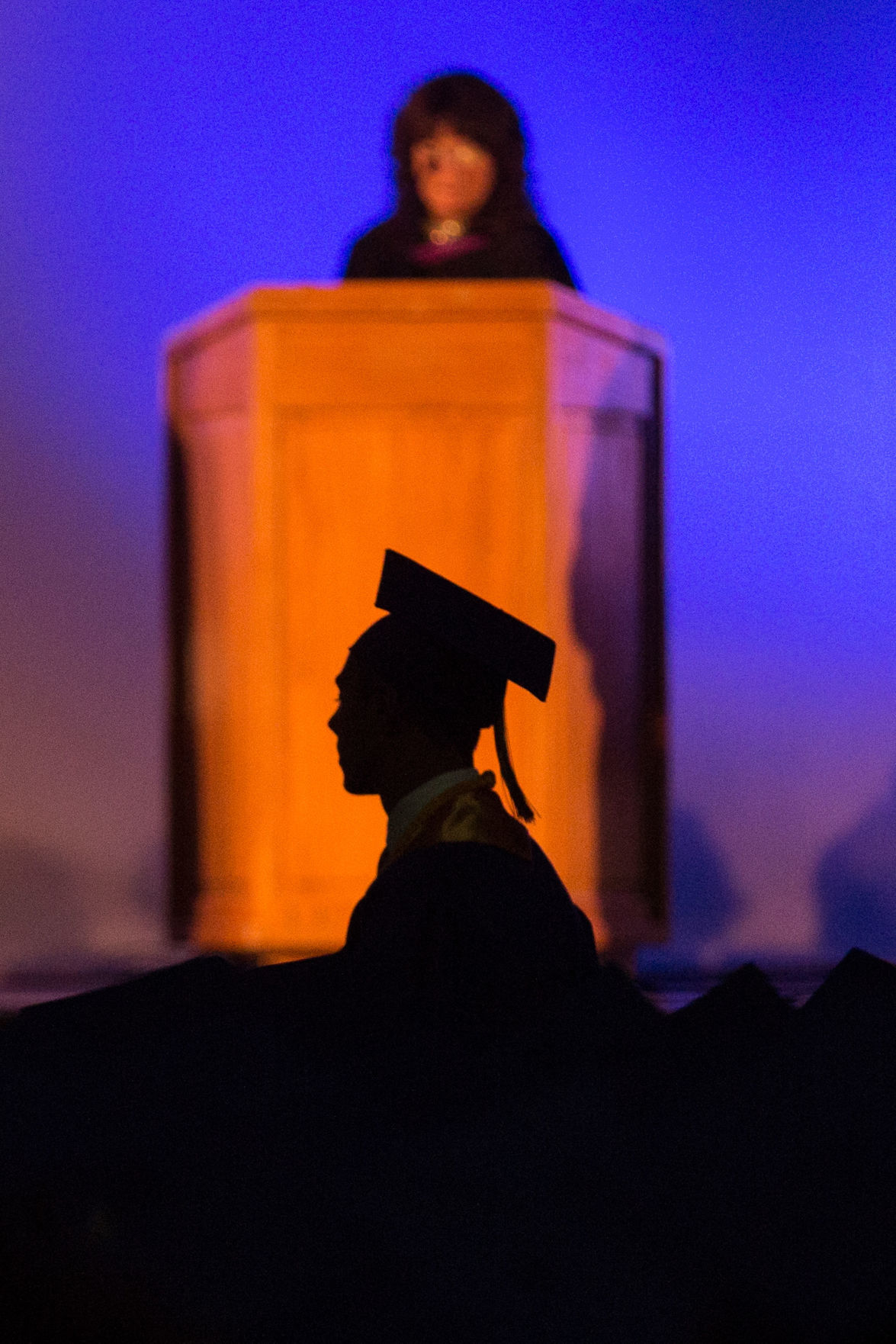 FILE–Scenes from Selah High’s graduation ceremony on Saturday, June 1, 2019, at the Yakima SunDome in Yakima, Wash.

FILE—A Davis High School graduate walks off the stage with his diploma Monday, June 10, 2019, at the Yakima SunDome in Yakima, Wash.

FILE–Scenes from Selah High’s graduation ceremony on Saturday, June 1, 2019, at the Yakima SunDome in Yakima, Wash.

Selah High School seniors will still walk across a stage wearing a cap and gown in June, but not much else will be routine at this year’s commencement ceremony.

Preliminary plans call for the graduates to pull up by car to a stage at Karl Graf Stadium. One at a time, they will walk across a stage to receive their diploma cover, exiting the other side of the stage to be picked up once again by their household car to begin a parade through town.

The entire process will be live-streamed, as well as folded into a video production by Selah alumnus Cody Beebe.

The graduation ceremony on June 6 will celebrate roughly 300 Selah seniors, replacing what was originally planned at the Yakima Valley SunDome before the COVID-19 pandemic led to school closures and social distancing.

“It definitely will be a graduation seniors will never forget,” said Selah Superintendent Shane Backlund.

That’s a goal for districts across Yakima County as they weigh options amid uncertain social distancing time frames and a determination to recognize 13 years of hard work.

The Yakima School District is planning a similar ceremony for about 960 seniors on track to graduate across its campuses.

A parade of cars — identified by temporary stickers that show those inside are part of the procession — will follow the path of the Yakima Sunfair Parade stretching along Yakima Avenue, if the city approves the district’s plans. Students and their families will be in the cars, while community members will line the streets at a safe distance.

The parade would begin with the national anthem, followed by prerecorded speeches by Superintendent Trevor Greene and school principals, said Clinton Endicott, the district’s executive director of secondary schools. School officials in full personal protective gear would hand the students their diploma cover carside, which would also include details for a high school-specific digital ceremony. This would feature speeches and a representation of turning the tassel, Endicott said.

Greene and Backlund said their districts were in conversation with their respective city leadership and the Yakima Health District for guidance on how to safely execute the ceremonies. Each said details were yet to be ironed out.

But they are further along than many. Sunnyside, West Valley, Toppenish, Grandview, Wapato, East Valley, Granger, Naches Valley, Zillah, Highland, Mt. Adams and Mabton school districts all have held off on announcing solid plans.

West Valley has four contingency plans depending on what social distancing regulations are in place by early June: graduation plans could carry on at the SunDome on June 5 as usual; a ceremony could be held on the school football field; students could drive up to the high school and pick up their diplomas from inside a car; or the school might host a virtual ceremony, said West Valley High School Principal Ben McMurry.

“It all depends on if these restrictions are lifted sooner or later,” he said. Regardless, celebrations will take place on that date originally planned. “The rationale for that is that we really feel that these students need to move on to the rest of their lives instead of waiting to graduate from high school.”

The district hopes to narrow options down to two by early May, he said.

In Toppenish, Superintendent John Cerna is still holding out hope for a June ceremony. If that were to be allowed, the district would likely limit tickets to parents only, significantly cutting down the turnout from an estimated 3,000 to 4,000 attendees in a normal year, he said. But Cerna said that seems altogether unlikely at his point, in which case an in-person ceremony would be postponed to August.

East Valley has announced that its in-person ceremony won’t be happening on June 6, but is still working on plans.

“We are not ruling out the possibility of a modified in-person ceremony in the future,” said communications director Brittany Kaple. “Because this is such an uncertain time, the date and location of this ceremony is to be determined.”

Naches Valley has committed to an in-person ceremony, although the timeline and details are yet to be outlined.

Zillah plans to move forward with a virtual ceremony and will reassess if state provisions allow for an in-person celebration. Granger is waiting for guidelines from Gov. Jay Inslee, who is yet to announce whether social distancing measures will continue beyond May 4, when they are set to expire.

Highland is currently surveying seniors and their parents to see if students would prefer a virtual ceremony or an in-person ceremony later in the year.

Other districts are yet to make announcements.

But it’s clear that each district aims to make the occasion as celebratory as it can be for more than 2,800 local high school graduates, despite the circumstances.

The pandemic, which caused the state to close school campuses beginning in mid-March through the rest of the school year, has upended many senior traditions. While commencements will undoubtedly look different than usual, they will go on.

“Unfortunately, I do not have a lot of answers on this yet,” said Mabton Superintendent Joseph Castilleja. “What we do know is we will be making a big deal of how we do graduation, and it will be one to remember. We think this is an opportunity to get the class of 2020 in the history books!”

The Yakima School District has called off high school-