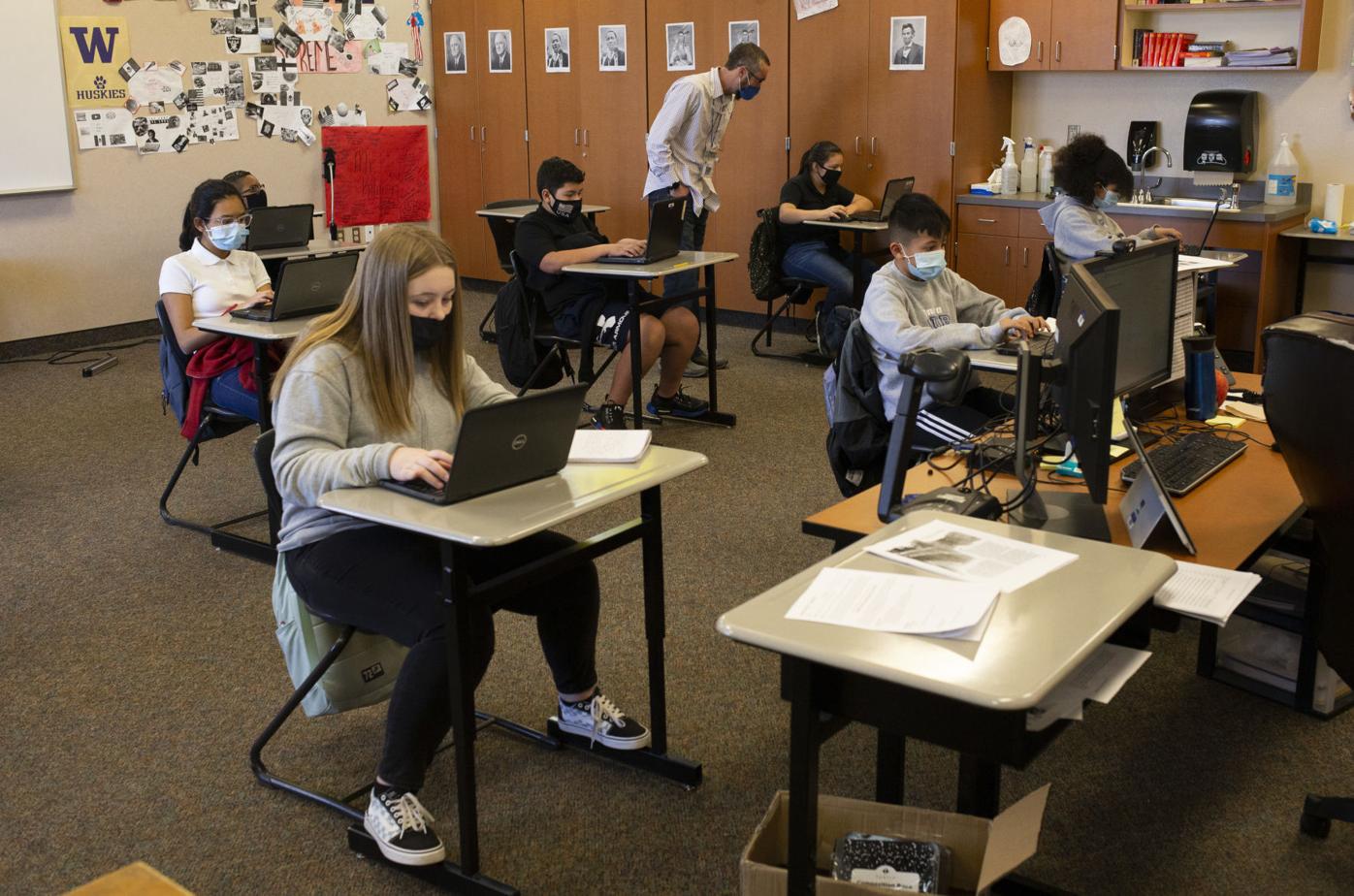 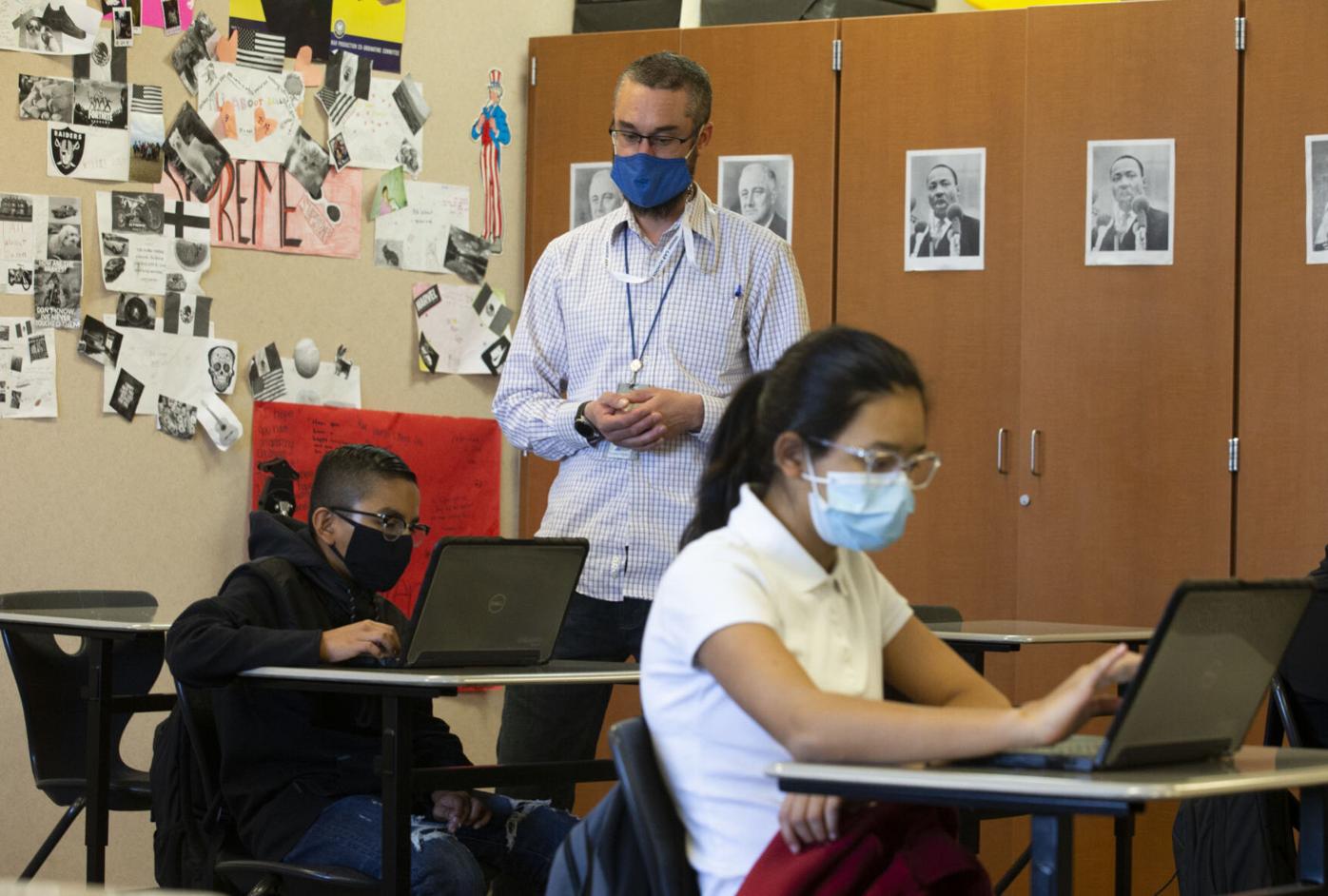 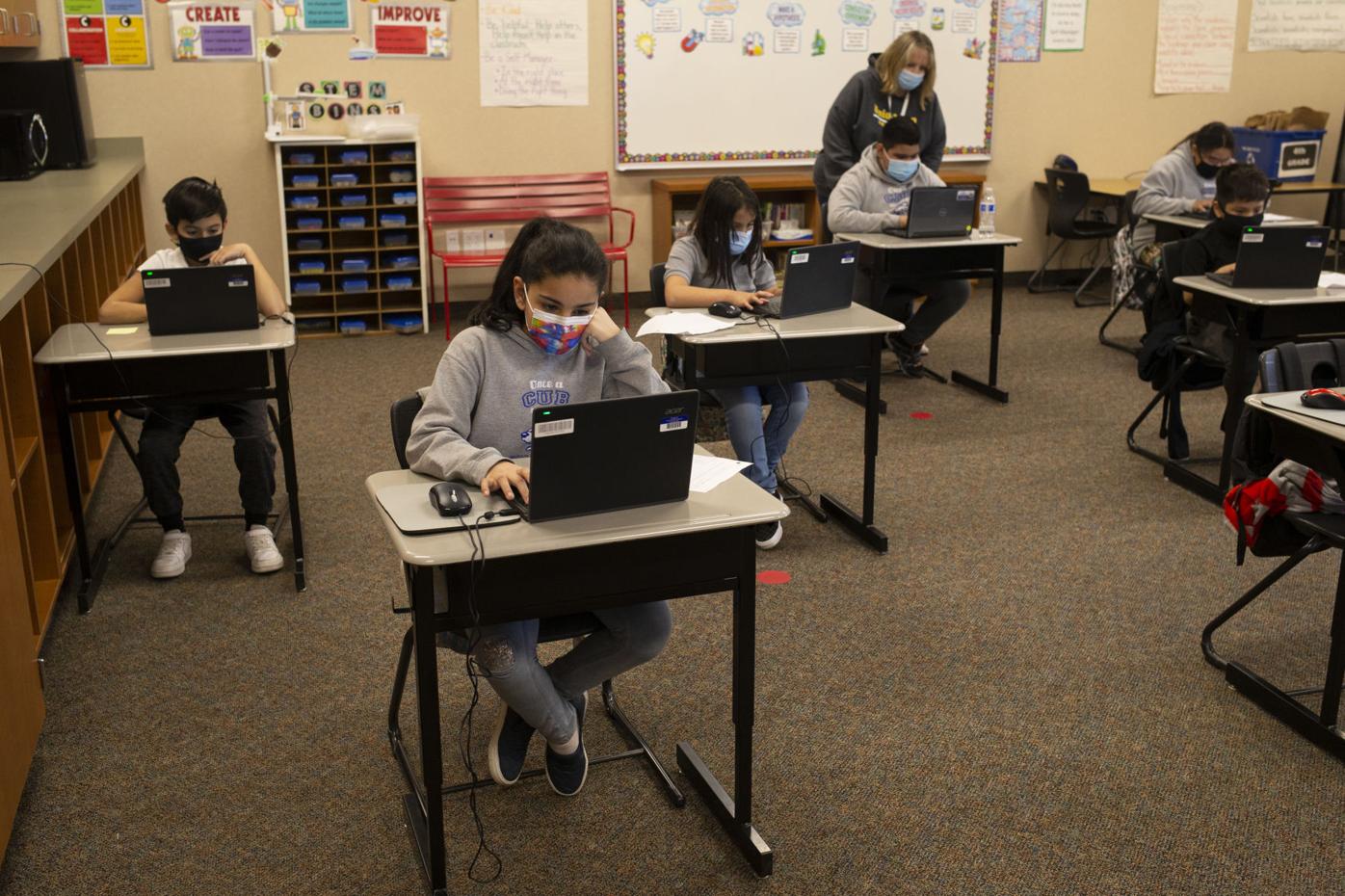 OLYMPIA — Washington Gov. Jay Inslee on Thursday reduced the COVID-19 social distancing requirements for K-12 classrooms in the state from 6 feet to 3 feet as more schools in the state begin to open up.

At a news conference, Inslee said the new guidance was consistent with direction from federal health authorities and that, for now, schools had the option to maintain the 6-foot rule.

Inslee said middle and high school students who aren’t in isolated “cohort” groups should still be placed at 6 feet apart in places where the number of people infected is still above 200 per 100,000 population.

However the Democrat said by this summer and fall no classrooms should still be at the more stringent standard.

Kevin Chase, superintendent of Educational Service District 105, which supports schools districts in Yakima County and Central Washington, lauded the governor’s decision and said he expected 80% of Yakima County schools to transition to the 3-feet distancing.

“I think it’s a good thing that we’re going to be able to get more kids into school every day,” he said. “There’s been a team of people throughout this region and the state urging the governor and state to look at the science and make the change. I’m super glad that they listened.”

Chase said the next step would be for districts interested in making the move to discuss it and come to an agreement with their respective bargaining units. He said some districts have already done this, while others could take weeks or months to reach an agreement with unions.

There are also details to be worked out, since there are variances in required distance depending on activity and location, he said.

Regardless of whether the transition to 3 feet is postponed until closer to the end of the school year as details are ironed, Chase said it was important to begin the process now.

“We only have a couple full months of instruction left. But it’s a welcome sight and then it’s really going to open up summer school … and allow more kids to be served over the summer, to stem the (learning) loss and extend acceleration,” he said.

Back to the classroom

Inslee has for weeks been pushing to return students to the classroom, saying remote learning hasn’t worked for many children.

He had said all public schools in Washington will be required to offer students an in-person learning option by April — with school districts having to meet an average of at least 30% weekly in-class instruction by April 19. The proclamation allows for a staggered start, with all kindergarten to sixth grade students being provided an opportunity for hybrid remote and in-person learning by April 5, followed by all other K-12 students by April 19.

“We’ve made the case previously that we believe that kids can go back to school in person and that it is safe for them to do so,” he said. “In fact as you know, there’s plenty of data throughout the state of Washington, of hundreds of thousands of kids — 300,000-plus to be exact — that have gone back in person safely.”

While public schools throughout Yakima County began the school year remotely, private schools locally have been teaching in person since the start of the school year. Many elementary public schools began returning students to in-person learning in the fall. Middle and high school students in districts throughout the county have resumed at least partial in-person learning in the past few months.

COVID-19 exposure in local schools has been minimal, according to the Yakima Health District. As of Tuesday, there have been 419 cases of the virus identified on campus since August, with just 12 believed to have been acquired on-campus. All 12 cases were among staff.

The Associated Press contributed to this report.