Free access for current print subscribers
Get Started
You are the owner of this article.
Edit Article Add New Article
You have permission to edit this article.
Edit
Home
News
Bottom Line
Sports
SCENE
Photos & Video
Opinion
Obituaries
Unleashed
Classifieds
The Vanished
1 of 6 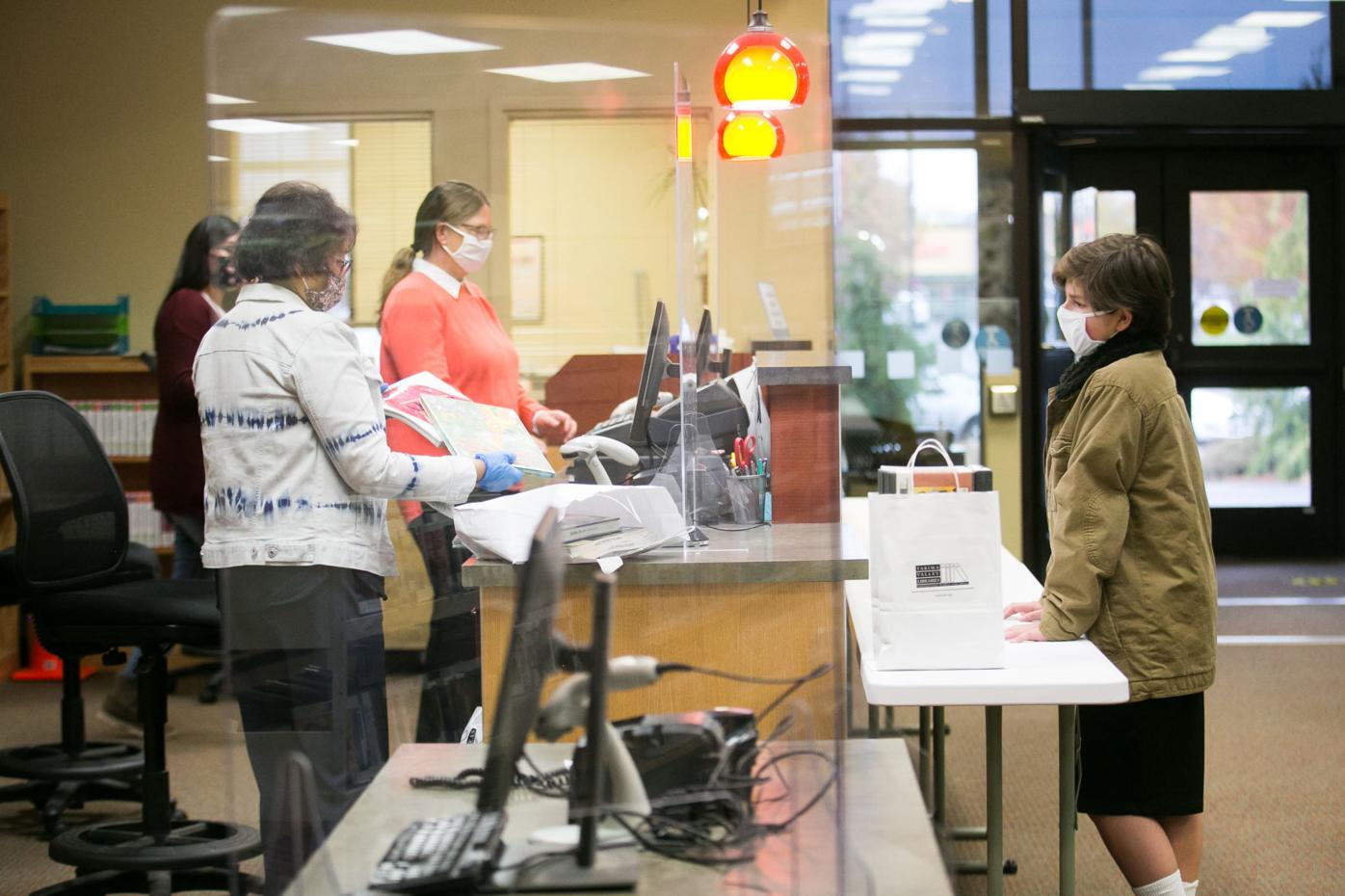 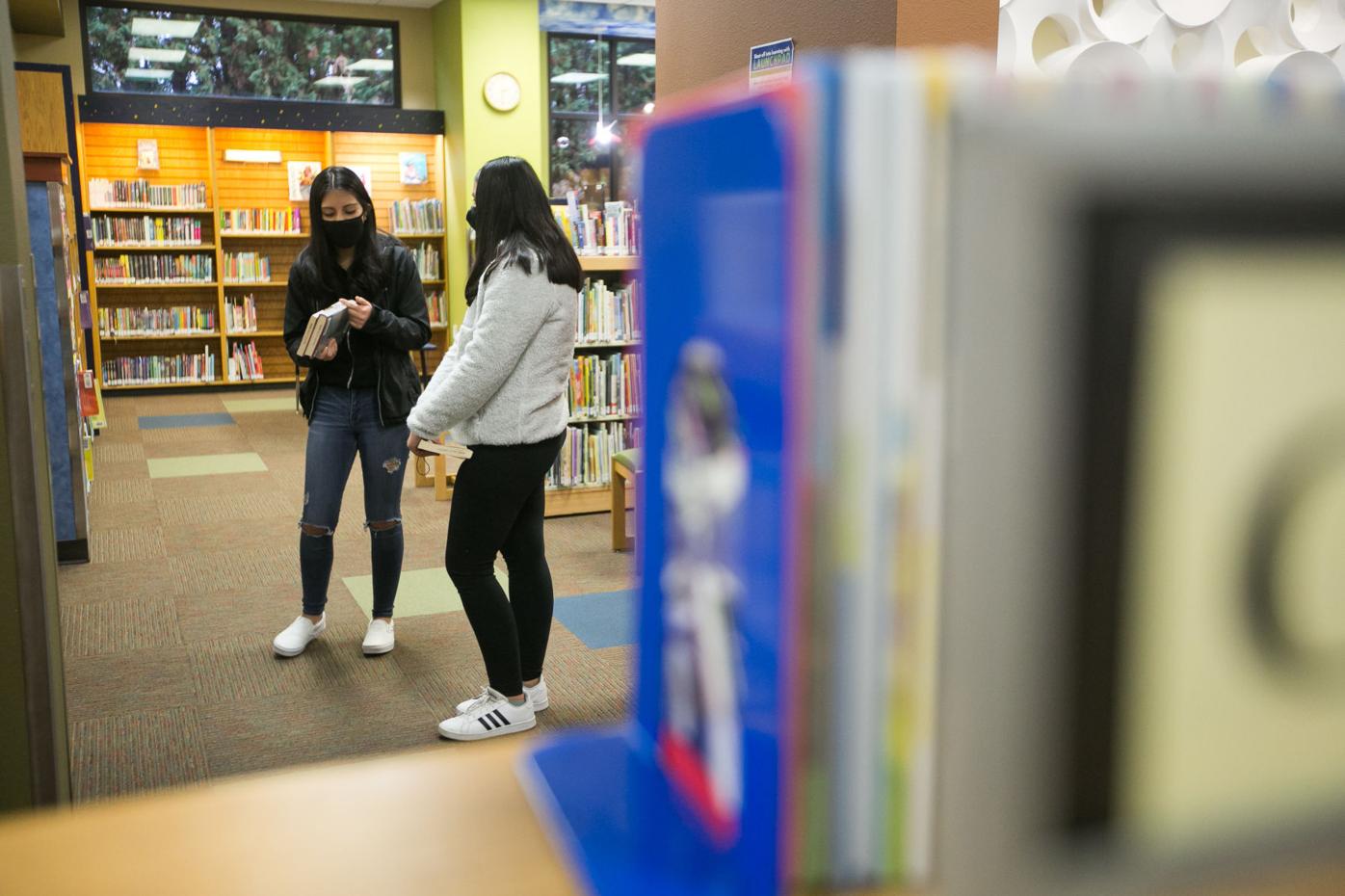 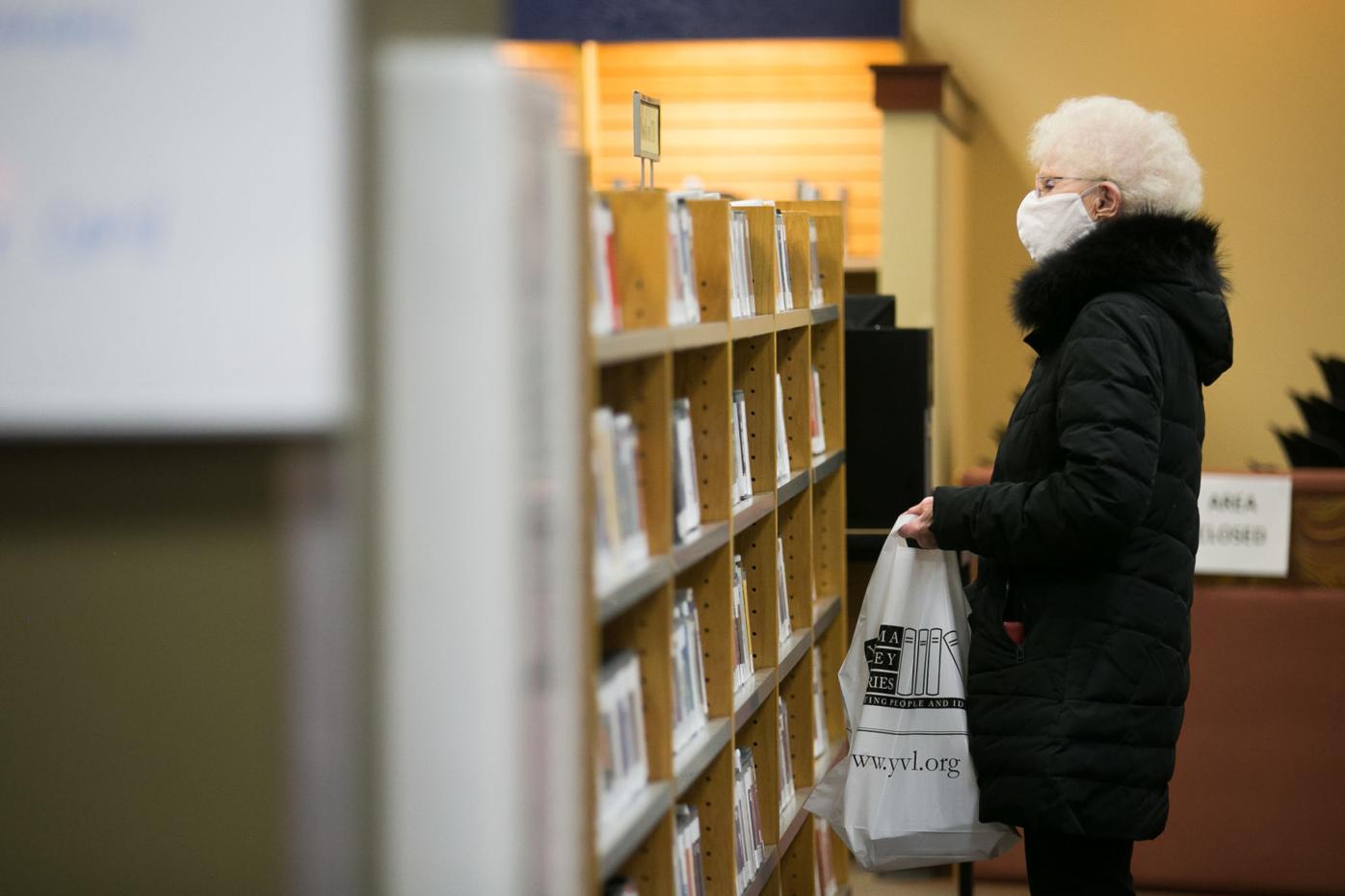 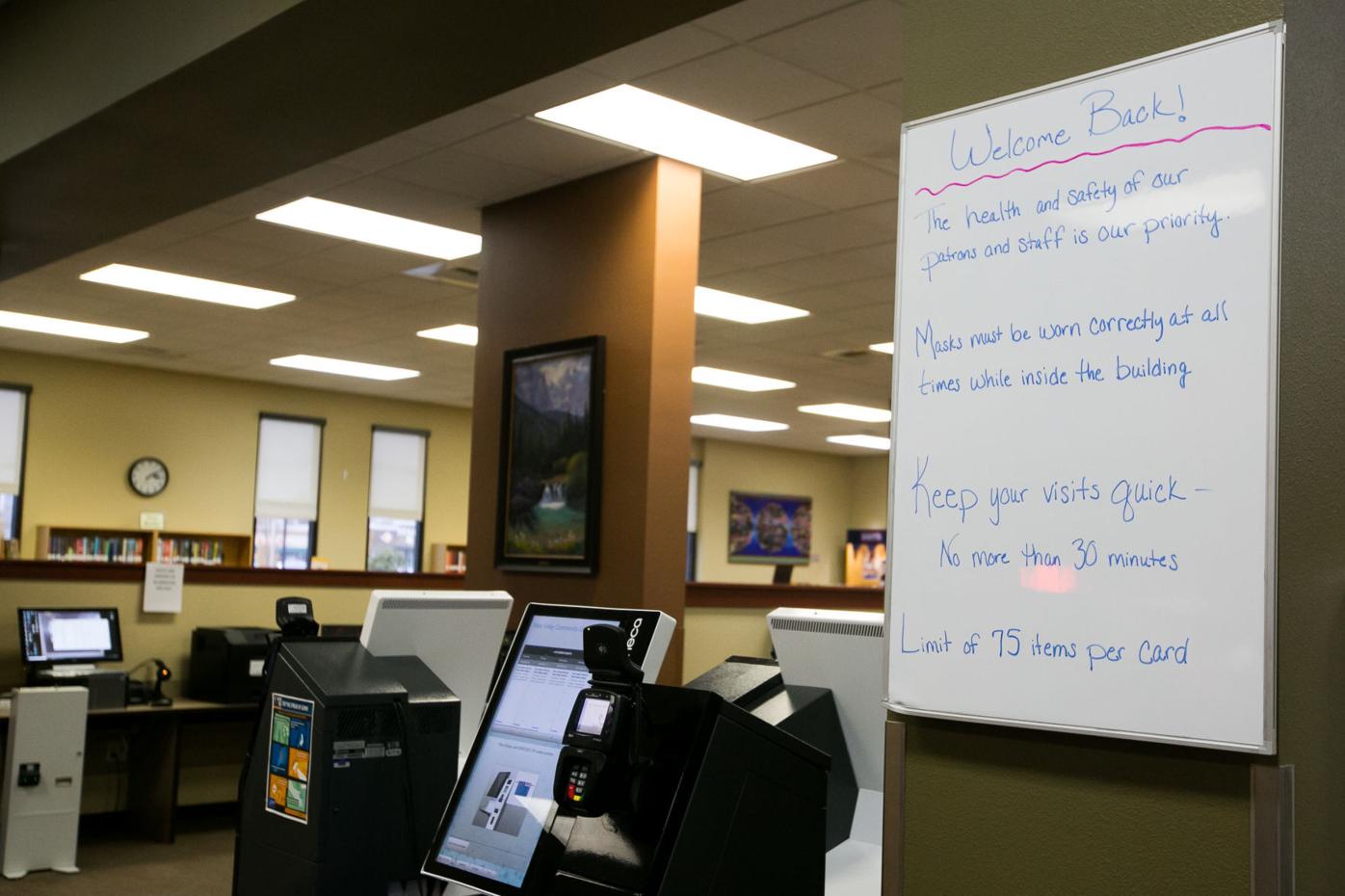 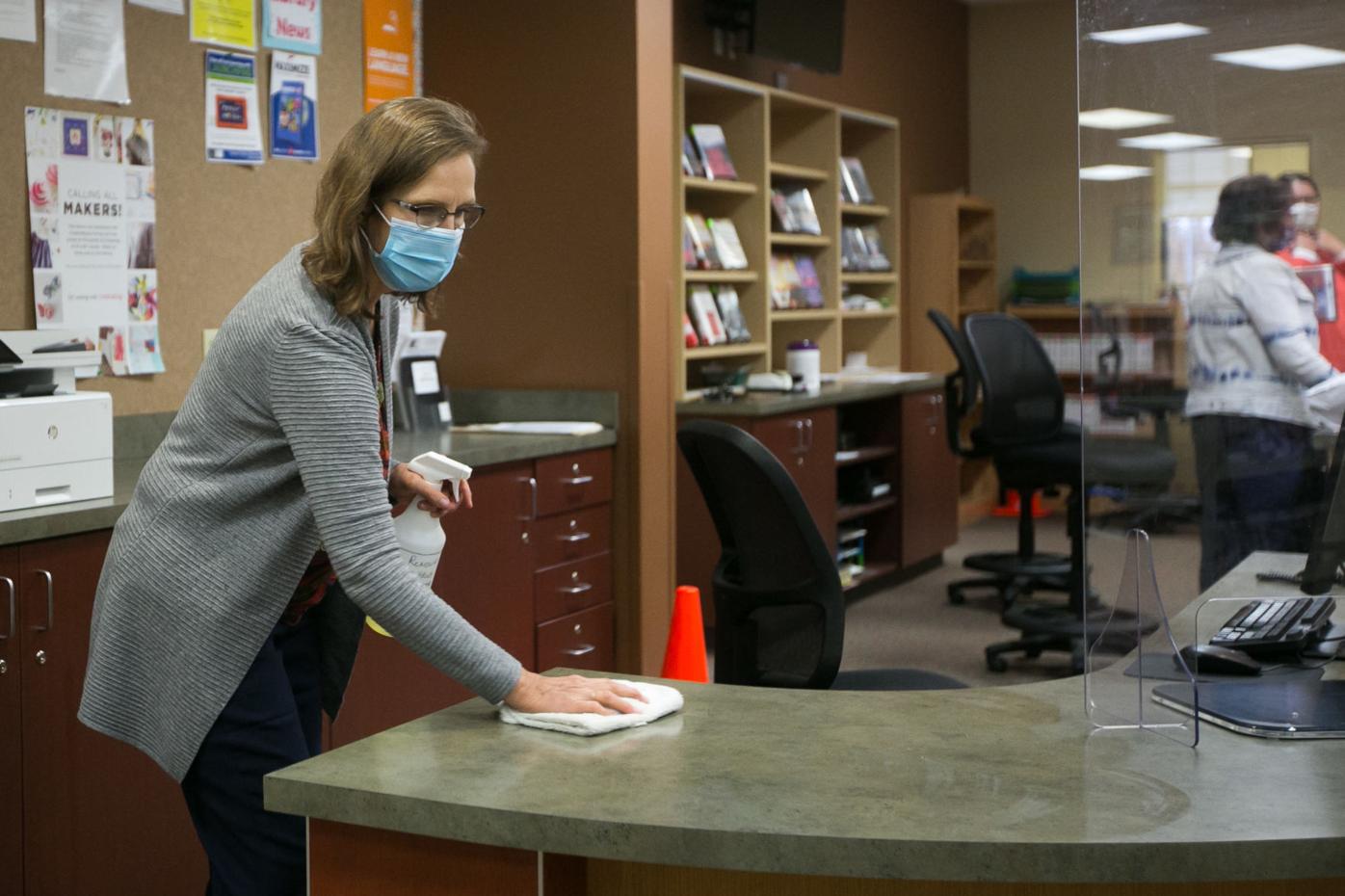 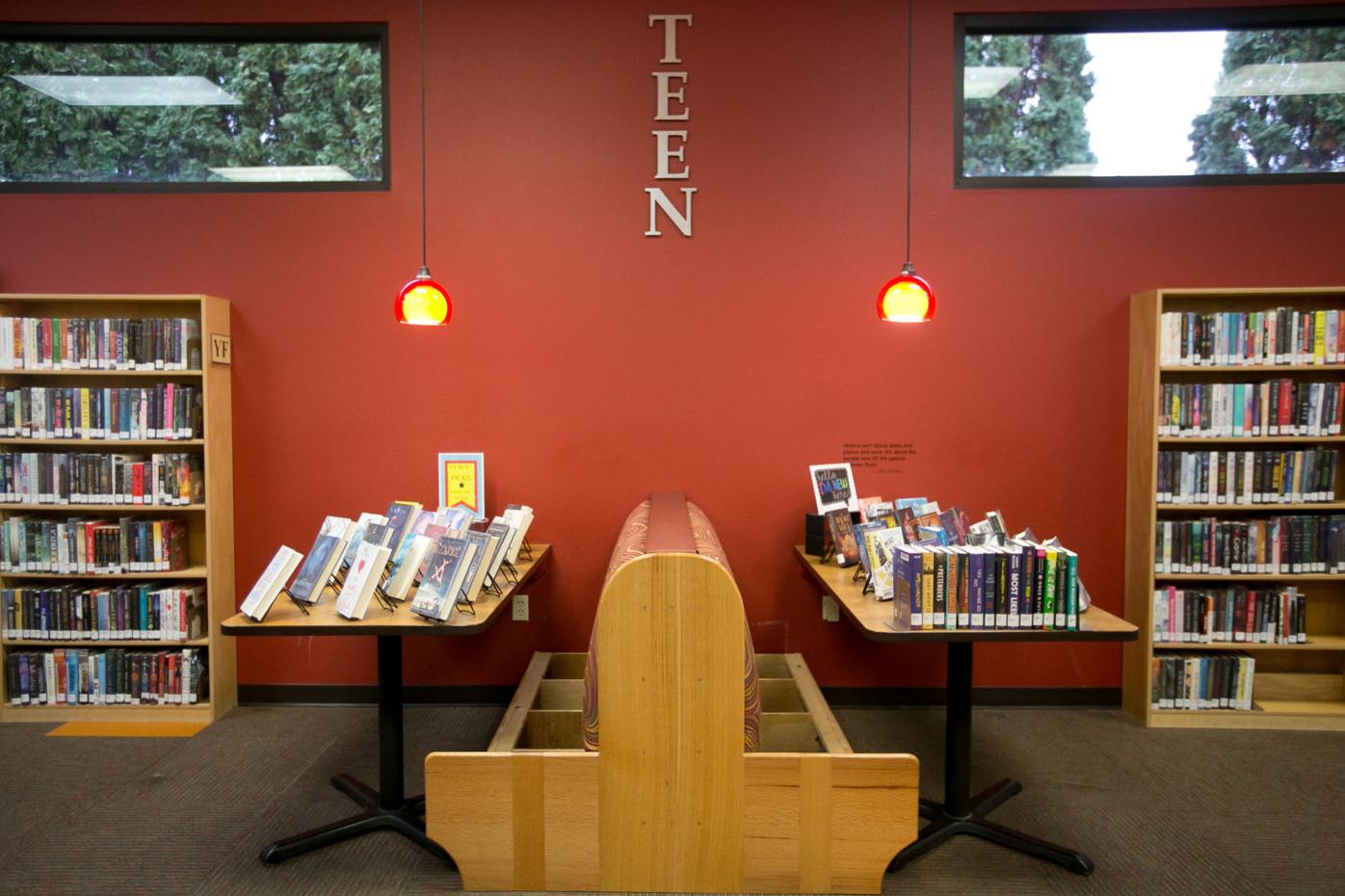 “I would travel a lot further just to get back in the library,” said Berndt, who lives in Naches Heights. “It’s been a long six months.”

Berndt was among several people quietly celebrating the reopening of the West Valley library, among 17 Yakima Valley Libraries locations that have been closed since March because of the coronavirus pandemic. The library at 223 S. 72nd Ave. will be open for in-person visits Mondays through Saturdays from 9 a.m. to 6 p.m.

Though hours and services are limited, the library reopenings are bright spots after Gov. Jay Inslee’s announcements of a new wave of shutdowns for at least four weeks due to a recent spike in COVID-19 cases in the state. Spikes and shutdowns are happening throughout the country as the holiday season looms and health officials worry that a wave of sickness and death will overwhelm hospitals and health care workers.

And while gyms are among the places that must close for the next four weeks, the pool at the YMCA and Rotary Aquatic Center in Yakima will remain open, executive director Bob Romero said in an email. It initially reopened with restrictions in early August and has been following Phase 2 guidelines in offering lap swimming, water walking, swimming lessons and swim team options.

Lions Pool, which is operated by the city of Yakima, also remains open on a limited basis for lap swims and water walking. Officials have asked the Yakima Health District for guidance regarding Lions Pool and were awaiting a response, city spokesman Randy Beehler said in an email.

Tennis and pickleball courts, as well as the dog park at Randall Park, are open with social distancing requirements posted onsite.

About a dozen cars were in the West Valley library parking lot Monday afternoon, with others stopping by the book drop. Returned books must be left in the drop outside, a requirement listed among several others on a small sandwich board near the main entrance.

Everyone inside the library must wear face masks, and social distancing reminders and markers are outside and inside the buildings. Library visits and public computer access are limited to 30 minutes per person, per day.

Occupancy is limited to 25% of building capacity. That’s about 25 people at the West Valley library, said managing librarian Heather VanTassell, so they set the limit at 20 to keep it under the maximum percentage.

If capacity is reached, guests would have to wait outside. The library hadn’t reached capacity, VanTassell said, probably because after Inslee’s most recent announcements, people were unsure the library would reopen as planned.

“We’ve been getting calls on that all day,” VanTassell said. “I had no idea what to expect. We did have a couple families waiting at the door when we opened.”

“People have been great. People are really excited to be back,” she said.

Library patrons can have a maximum of 75 items checked out at a time. Silas Esterline, 13, checked out 19 books for himself and two sisters. He wasn’t close to the maximum, but his hands were full with two bags, so he took a break while mom Laura browsed Spanish-language cookbooks. The family has been practicing Spanish for the last six months.

“That was the main reason the kids got their (library) cards, because they kept maxing mine out all the time,” she said. “He had a list.”

In normal times, the family visits the library every couple of weeks, Laura Esterline said. They have used curbside pickup — which the library still offers — but it’s just not the same.

“I like to walk down the shelves and pick something out,” she said.

Berndt agreed. She was just getting started on filling a bag with audiobooks, which she listens to while gardening, ironing or other work with her hands. Berndt also reads a lot.

Sisters Enrriqueta and Alex Olvera, 14 and 16, were frequent library visitors before the pandemic and were happy to be back Monday.

With the temporary restrictions on activities, all fitness and health and wellness classes at the Harman Center are cancelled until further notice, city officials said in a news release.

The popular gathering place at 66th and Summitview avenues had been closed until mid-October, when Yakima County joined other area counties in moving into Phase 2 of Inslee’s four-phase Safe Start plan to reopen the state.

The center had been closed since March due to the pandemic. With Phase 2

it had been approved to open its doors for only fitness and health and wellness classes, and class sizes were limited.

An email to YMCA members shared by Julie C. Bremerman, associate executive director, provided details on the partial closure from Tuesday through Dec. 14.

The fitness facility and fitness classes are closed, but people may make reservations for lap swimming or water walking at www.yakimaymca.org/swim. Hours are Mondays through Fridays from 6 a.m. to 7 p.m. and Saturdays from 7 a.m. to noon.

Membership dues for those who use the fitness facility will be suspended, the email said; those who paid in November won’t pay again until January. Members who use the pool will continue to pay dues in December. Email dedgerly@

yakimaymca.org for questions about dues.

Those who want to donate their December dues should email Bremerman at jbremerman@yakimaymca.org.

The customer service window reopened in September after closing in the spring. The police department also stopped accepting new CPL applications earlier this year because of the pandemic, but allowed them to be submitted again in September.

“Closure of the YPD customer service window and discontinuing processing of new CPL applications is necessary in order for the department to meet the restrictions that have been imposed by the governor and to keep the public and YPD staff as safe as possible,” said Yakima Police Chief Matt Murray.

Most city of Yakima facilities remain closed to public access. Get the latest information at www.yakimawa.gov/media/news/city-of-yakima-provides-facility-updates/.

The Sunnyside, Wapato and West Valley community libraries will close for in-person service effective Friday evening because of new COVID-19 re…