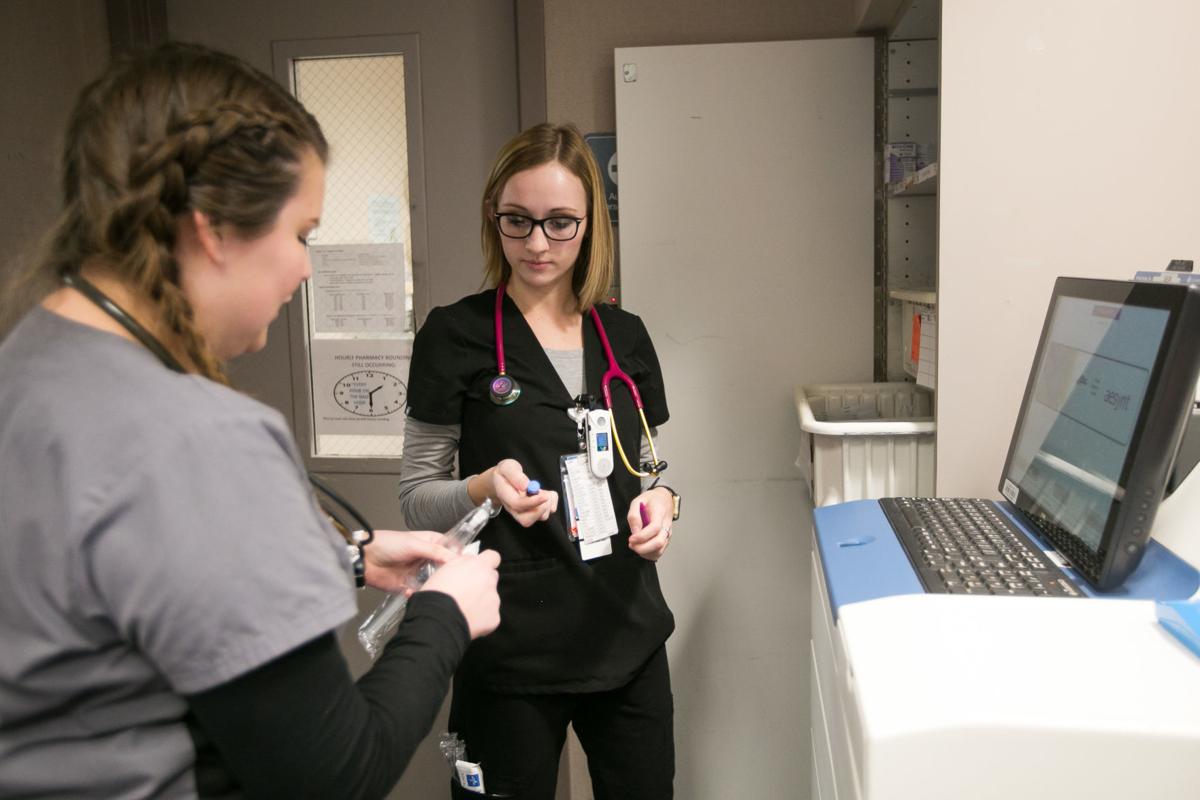 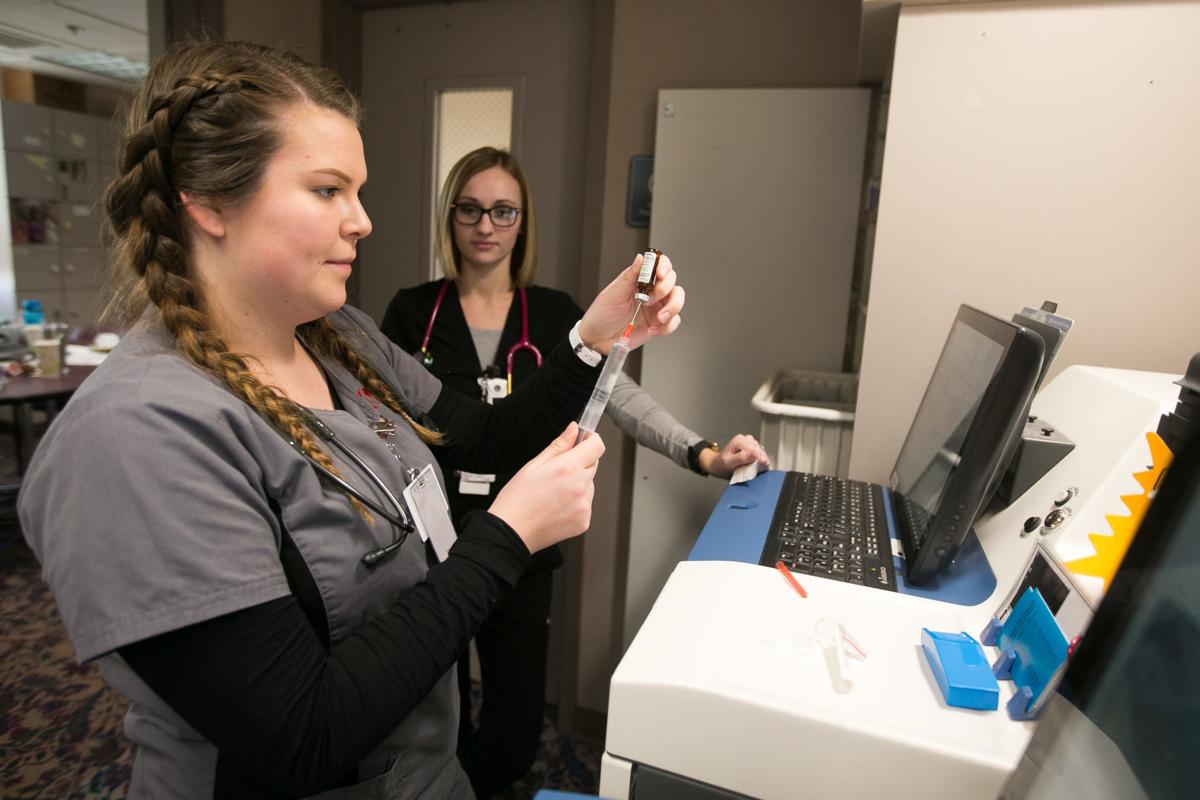 In May of this year, a group of Heritage University physician assistant students will start a year of clinical rotations.

The closure of Astria Regional Medical Center, however, has complicated things.

The hospital, which closed in January, had provided clinical rotations for the physician assistant program since Heritage University launched it in 2015.

Six students in this year’s group were placed at the hospital for two six-week clinical rotations, one in inpatient medicine and the other in emergency medicine.

“We have to scramble to find other places,” said Linda Dale, director for the Heritage program.

Virginia Mason Memorial hospital is taking one student in the emergency department, Dale said, “but we have five others we have to place.”

On-site training is a critical part of medical education, and the closure of Astria Regional tightens local capacity for clinical rotations and residencies.

Virginia Mason Memorial, now the only hospital in Yakima, is trying to find room for additional students.

Over the past few weeks, Memorial has taken on an additional 21 students — 17 in nursing programs for Yakima Valley College and Washington State University and four from Heritage University medical lab program — who were doing or were slated to complete clinical work at Astria Regional. The hospital also added additional shifts and hours for radiology students.

“I feel like the departments have really stepped up. They’ve taken on the extra students and made it work,” Paige Atterberry, Memorial’s student experience specialist, said in an emailed statement to the Yakima Herald-Republic.

That was a relief to Wendy Baker, the interim nursing program coordinator at Yakima Valley College. Those in associate and bachelor’s nursing programs need to complete a certain number of hours — 500 for an associate degree, Baker said — and a portion of those hours require time in a hospital setting.

That won’t fix the problem completely, but will provide some relief, Baker said.

In the long run, the question is whether regional hospitals — including Memorial — can increase their capacity for clinical rotations and other student training.

While Memorial has taken on a lot of students, it hasn’t been able to take all of them, as Dale learned when she tried to find placements for her physician assistant students. She said she plans to continue talking to Memorial about the possibility of more students doing clinical rotations there.

Astria Toppenish Hospital and Astria Sunnyside Hospital have also provided clinical shifts for students, but Dale said she’s not sure if they can take on more.

In the end, Dale said it’s possible she may have to send students to hospitals out of the area, in places such as Seattle or Olympia.

Doing so doesn’t only increase the cost but may come with a long-term consequence for health care in the Yakima Valley.

“We may possibly lose these health care providers to another area. Studies show where you do your clinical rotations is where you end up working,” Dale said.

A year ago, Astria Regional Medical Center announced it would end its funding for the Central Washington Family Medicine Residency program, severing a 25-year partnership.

That decision was an early indicator of financial issues at Astria Regional.

Previously, Astria Regional and Memorial split the cost of six of the 10 residents the program brought in each year. Both hospitals received federal help funding the residencies. One source was a payment for each Medicare and Medicaid patient. Regional and Memorial received additional funding for the time residents spent in the hospitals and hospital-owned clinics. Those funds were passed through to the residency program.

As a result of Regional pulling its funding, the three-year residency program had to reduce the number of students it could admit.

Residents at Astria Regional were able to continue as Memorial was able to take them on and secure federal funding to help pay for the cost.

But the program had to drop the size of new resident cohorts. Previously, the program accepted 10 new students a year. That dropped to seven this year, and the overall number of residents slipped from 30 to 27.

The drop in residents has occurred as clinics and hospitals — including Central Washington Family Medicine’s clinics in Yakima and Ellensburg — have been seeing an increase in patients.

As a result, the residency program has opted for less classroom training and more time in patient care, said Brandon Isaacs, program director for the residency.

“We’re just not as equipped to handle the volume,” he said.

That’s why Isaacs and the staff at the residency program are looking for ways to bring the class size back to 10 residents.

At Memorial, finding permanent federal funding to cover the cost of additional residents is one possibility.

The residency program is also looking at potential partners that might be interested in funding additional residents, such as Veterans Administration clinics and the Indian Health Service.

Neither option will likely result in immediate results, so the class starting in June will remain at seven students and the overall number of residents will drop from 27 to 24.

As of late 2019, the lifetime retention rate for residents who go on to private practice in the Yakima area is about 80 percent. Overall, a quarter of residents end up staying in the Yakima and Ellensburg areas.

Having fewer residents may potentially lead to fewer doctors in the Yakima Valley in the long run.