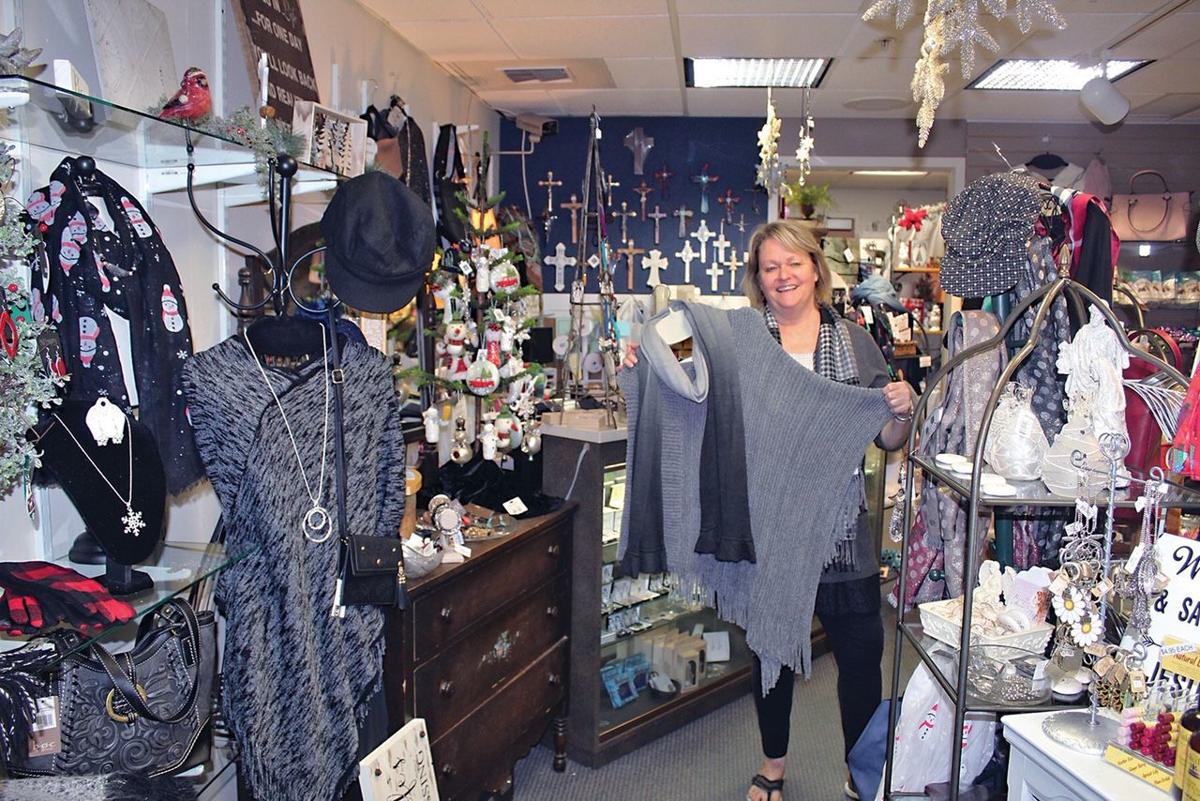 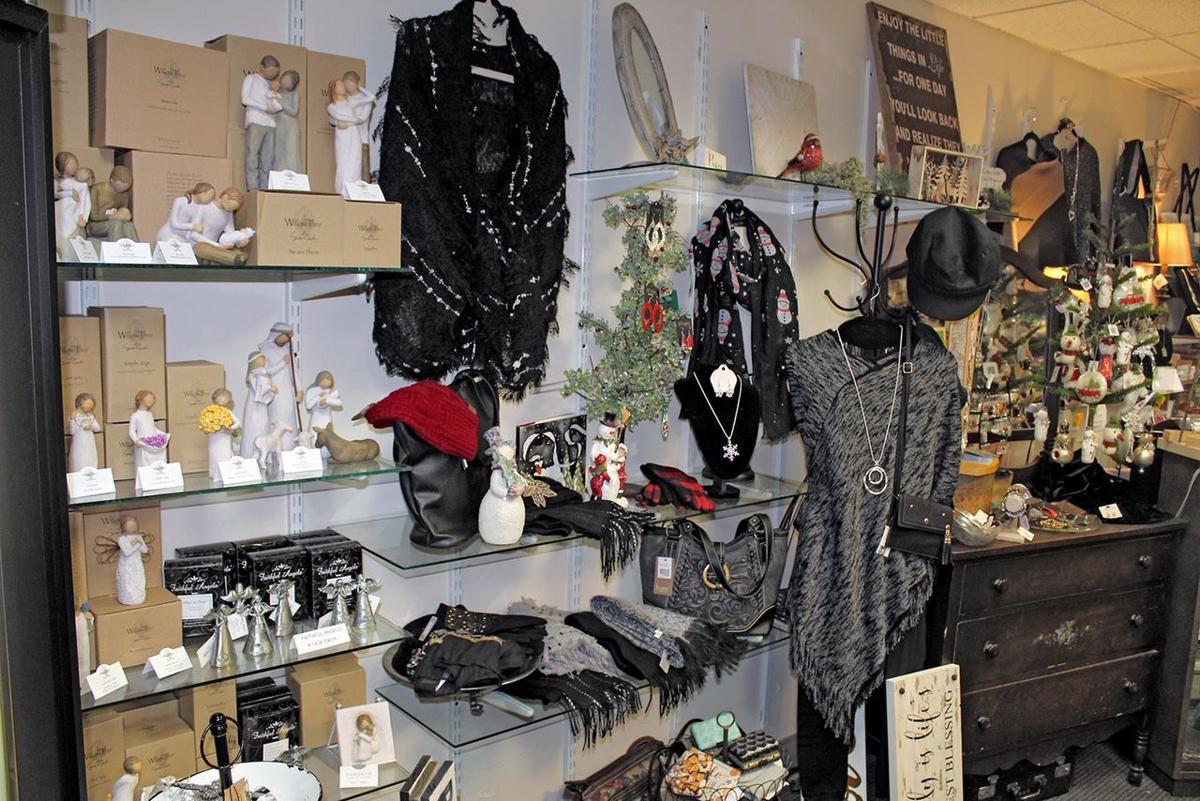 The Seasons Gift Shop at Astria Regional Medical Center closed on Jan. 11, just a few days after owner Pam Jenkins learned that the hospital would shut down. Jenkins would have celebrated 15 years as owner in April.

The Seasons Gift Shop at Astria Regional Medical Center closed on Jan. 11, just a few days after owner Pam Jenkins learned that the hospital would shut down. Jenkins would have celebrated 15 years as owner in April.

Pam Jenkins saw her role at Astria Regional Medical Center as much more than owner of the Seasons Gift Shop in its lobby.

As anyone who has spent time in a hospital knows, the gift shop doesn’t just provide carefully curated items for sale. Hospital gift shops provide a place to step away from difficult situations. And staff offer their own kind of support to those whose loved ones are ill, recovering or fighting for their lives. They listen when listening is important.

“We used to laugh that we were kind of the bartender of the hospital,” Jenkins said. “Either that or we were the psychologist. When employees would leave, I’d say, ‘I’m going to send you a bill for your session.’ ... People felt comfortable coming in and sharing their lives.”

Jenkins leased the space for the Seasons Gift Shop and owned the business for almost 15 years. She opened it in April 2005 and closed on Jan. 11, after she learned Jan. 8 that Astria Regional Medical Center would be closing. The hospital’s Yakima-based owner, Astria Health, had filed for bankruptcy protection in May. Early this month, the organization announced it would close Regional because it was no longer financially sustainable to keep it operating.

“I was in the car and had Bluetooth on. ... She was very emotional ... you’d think somebody’s died. She said, ‘The hospital’s closing,’” Jenkins recalled. “I had worried about this. I had talked to people; they had assured me this could never happen, the state would take over, it’s illegal to close. I think I came home; I didn’t even go to the shop.”

With about $35,000 in inventory, Jenkins had to act quickly. Watters posted on Facebook that the shop was closing and everything was 40% off.

“Basically you’re giving things away; you’re making 10%. We started Thursday morning ... people were wonderful. We had a lot of business. She ran the till that day. I was working in the stockroom,” Jenkins said.

“Thursday, we had a great day. Friday we started out great,” but around 1 p.m., hospital officials locked the front doors, Jenkins said. “How are people supposed to get in? I’ve got stuff to sell. They let people in through the emergency door. We still sold a few things. Saturday we had a few people, and then that was it.”

They had 2 ½ days to sell as much as they could.

“I still have a hard time that it happened and that it was allowed. I don’t mean the gift shop; I mean the hospital,” she said.

Jenkins started at the gift shop as Watters’ employee. Her husband, Bill Jenkins, was diagnosed with multiple sclerosis in 1992. The couple — Yakima Valley natives who met while attending Central Washington University — were in their 30s. He was working at what is now Virginia Mason Memorial hospital as an accountant and she decided to “get a little job” at the gift shop a few years after he was diagnosed, Jenkins said.

Her husband died in 2001 at age 44. Jenkins was laid off a year later, after the Sisters of Providence sold the hospital. In 2005, a friend who worked at Regional told Jenkins that hospital officials were going to lease out the space for the gift shop. She had always enjoyed decorating and talked to her children about the possibility of becoming a small business owner. They encouraged her to go for it. Her kids — Janelle, Jared and Julia — have been her biggest support team, Jenkins said.

It soon became a popular place to visit for people looking for flowers, snacks and small decorative items, Seahawks accessories and even clothing.

Her shop also was known for offering Catholic items long after the Sisters of Providence sold the hospital. “Even though it wasn’t a Catholic hospital (after the sale), we always considered ourselves a Catholic hospital because (Chaplain) Sister Fe was still there,” Jenkins said.

“Sister Fe, she was always really good to help” and not always a serious religious figure, as some would think, Jenkins said. “She would come in sometime with stories and we would laugh. She would have tears. We would laugh so hard at different things.”

Jenkins remembered a grandmother who came in regularly for Catholic items. One day she ordered two St. Michael medals for her grandsons who were going into the service. When the medals arrival, the grandmother brought her two grandsons in with her, Jenkins said.

“It was very emotional, these very two handsome young men and their grandmother. She tracked down Sister Fe and they sat at a table,” where they prayed with Sister Fe and she blessed the medals, Jenkins said.

“This little grandma sending her grandsons off to who knows what, that was one of the stories that really touched me,” she said. “There were a lot of different stories.”

A number of Catholic items are among the inventory Jenkins still has. She is hoping to sell them at cost to Catholic churches in the Yakima Valley that have small gift shops, she said. Jenkins also donated some fixtures to the Yakima Union Gospel Mission’s Olde Lighthouse Shoppe on South First Street and the American Cancer Society’s Discovery Shop on Yakima Avenue.

As she considers her future, Jenkins is thankful for 15 wonderful years with hospital staff, helping and listening to patients and their families and working alongside family and friends. Along with Watters, the staff over the years has included Jill Schultz and Jenkins’ youngest daughter, Julia.

“This was kind of a dream of mine, and it was so great and so fun for 15 years,” Jenkins said. “It was wonderful and the staff and people from the community could not have been greater. So I feel really fortunate.”