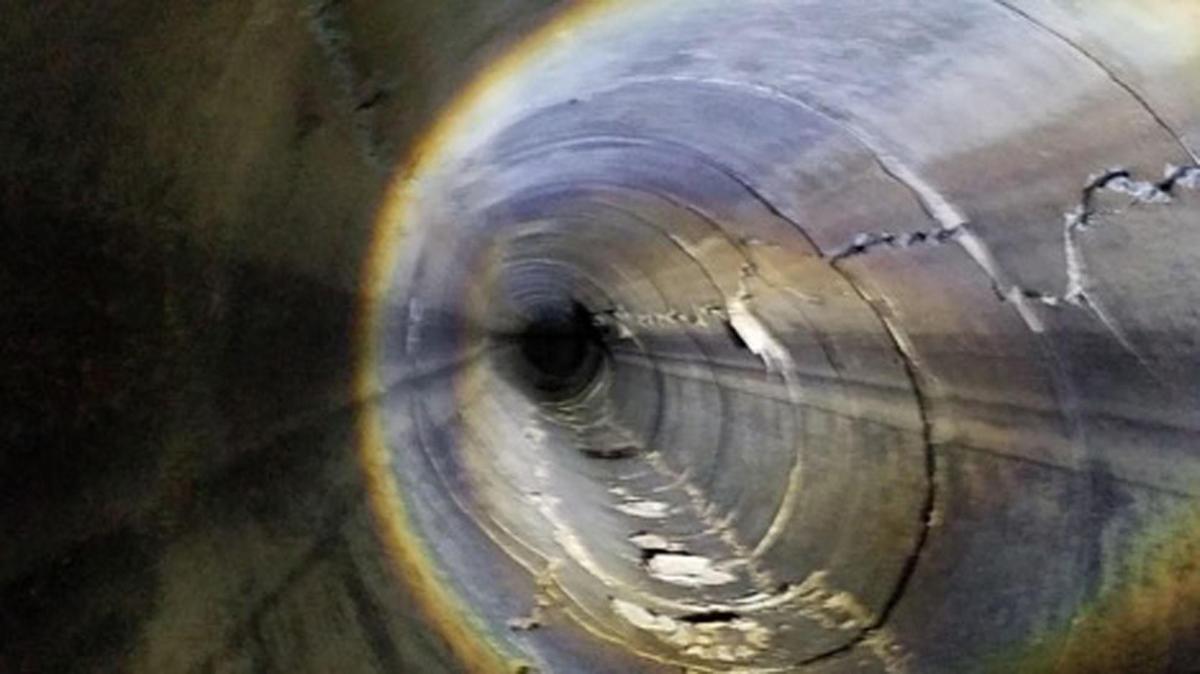 Union Gap Irrigation District officials discovered in October 2018 that a concrete irrigation pipeline was cracked and its circumference had been distorted into an oval shape. 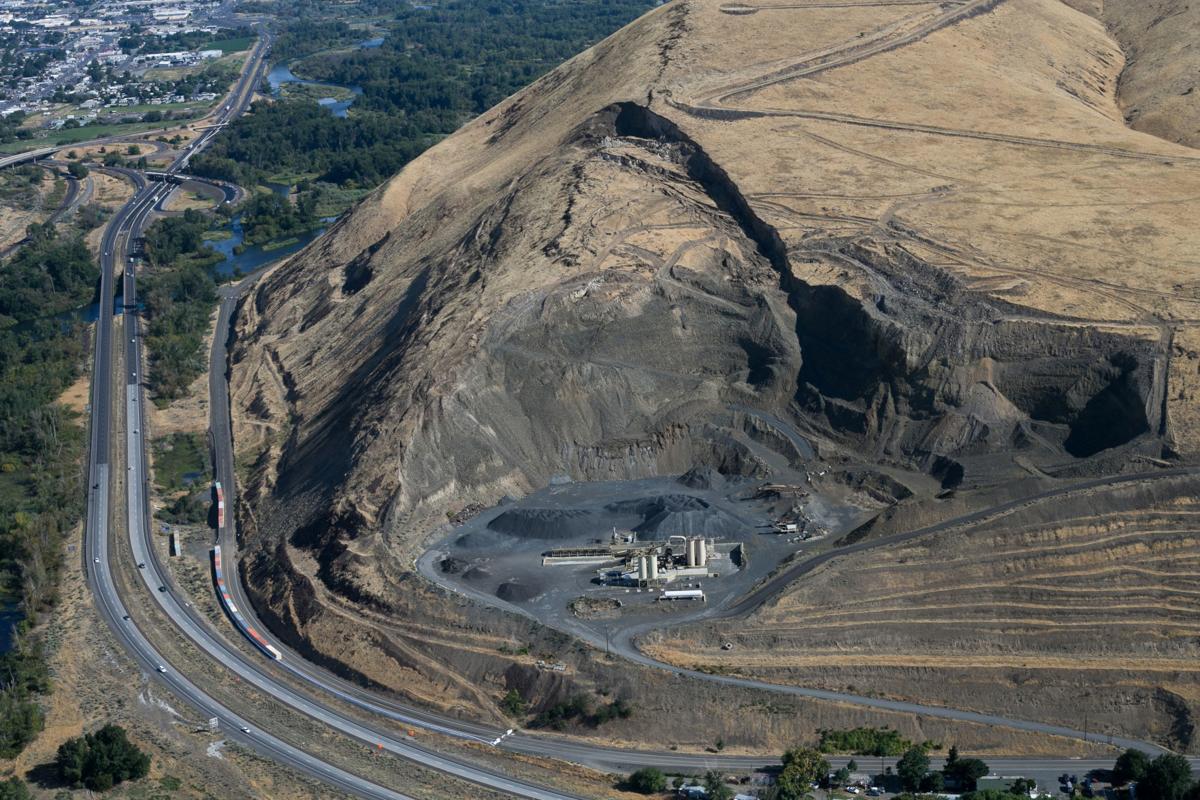 An aerial view shows the size of the crevice on Rattlesnake Ridge south of Union Gap on Aug. 23.

Union Gap Irrigation District officials discovered in October 2018 that a concrete irrigation pipeline was cracked and its circumference had been distorted into an oval shape.

An aerial view shows the size of the crevice on Rattlesnake Ridge south of Union Gap on Aug. 23.

When severe damage to a Union Gap Irrigation District pipeline running near the Rattlesnake Ridge landslide was discovered last fall, a construction project to detour the district’s water was put into full speed in preparation for irrigation season.

The damaged pipe sent water to roughly 3,200 acres of farmland. Without a replacement, millions of dollars in crops would have been lost.

A backup system diverting water through Sunnyside and Roza irrigation districts was constructed and ready for use just after irrigation season would normally have begun in the spring. The project installed two pipes and over 2 miles of piping.

As the season draws to a close this month, district officials say the replacement system went off without a hitch, though the cost of electricity to divert it was higher.

“We’re happy campers. It’s been a high-business, but not a high-stress year,” said Union Gap Irrigation District President Jim Doornink. “We were able to get the water, which just took the stress off. But we still were busy figuring out how the new system worked, tuning it up, making it work better and more efficiently.”

A slow-moving landslide was first detected at Rattlesnake Ridge in 2017. Officials said late this summer that while the crack in the ridge appears to be larger, the slide is slowing down. The irrigation pipeline was buried in a hillside about 50 feet above Thorp Road, which is closed because of the slide.

Traditionally, the Union Gap Irrigation District canal diverts from the Yakima River through the Selah Gap before running through Moxee and around Rattlesnake Ridge. It ends just north of Zillah.

At the end of October 2018, officials for the Union Gap Irrigation District discovered that the concrete irrigation pipeline was cracked and its circumference had been distorted into an oval shape.

The damaged pipe served more than 100 farms, sending water to roughly 3,200 acres of farmland between the gap and Cheyne Road, north of Zillah. But damage left the pipe unusable, and repairs were not possible amid the 8-million-ton landslide slowly crawling from the western slope of the ridge.

Local officials believed the landslide caused the damage. Officials from the state Department of Natural Resources said the cause could not be determined until the landslide slowed or stopped. The state department could not immediately provide an update Tuesday.

Ray Wolverton, a facilitator for the irrigation district and former member of its board, was among those who first discovered the damage. He estimated in the spring that $80 million in crops would have been lost if the irrigation had not begun on time or if orchards and vineyards had not been properly irrigated through the summer.

The state funded the $4.8 million replacement system through the state supplemental capital budget, the state Department of Ecology and the state conservation commission.

Doornink and Wolverton agreed that the new system worked well, with minor adjustments throughout the irrigation season to fine-tune it.

“Where all of our water used to divert to Selah through the whole district, now we have three districts,” Wolverton said.

Click here for complete coverage of the Rattlesnake Ridge crack

The first is the Selah Gap. The second sends water down the landslide to be pumped out of Sunnyside. The third is diverted to Roza and sent down one of the Roza Irrigation District’s wasteways toward Sawyer and funneled into Union Gap’s canal without a pump.

On Tuesday, an adjustment to the Roza portion was tested and found to work well, Wolverton said.

Doornink said district engineers, operations team and construction team are expected to meet one more time this fall to discuss the system and small final adjustments, such as adding water pipes to farmers’ property. Doornink said he expected those additions to be complete in a matter of weeks.

“We’re just really, really happy that we made it to the end of the season,” he added. “It’s a high cause for joy and happiness that we didn’t have to do any big work-arounds or fixes, and we delivered water to everybody.”

Wolverton said the project’s swift completion wouldn’t have been possible without the help and cooperation of the Roza and Sunnyside irrigation districts, the Yakama Nation, the county, state agencies and private landowners.

While district farmers were spared of the cost of the replacement, Wolverton said the diversions were not without financial impact. The price of water to the district went up roughly 50 percent due to the cost of electricity to divert it, he said. Now, farmers spent about $200 per acre foot of water.

“I believe we are now the most expensive irrigation water in the basin,” Wolverton said. “While we’re not paying for the repairs, the forever cost is super high.”