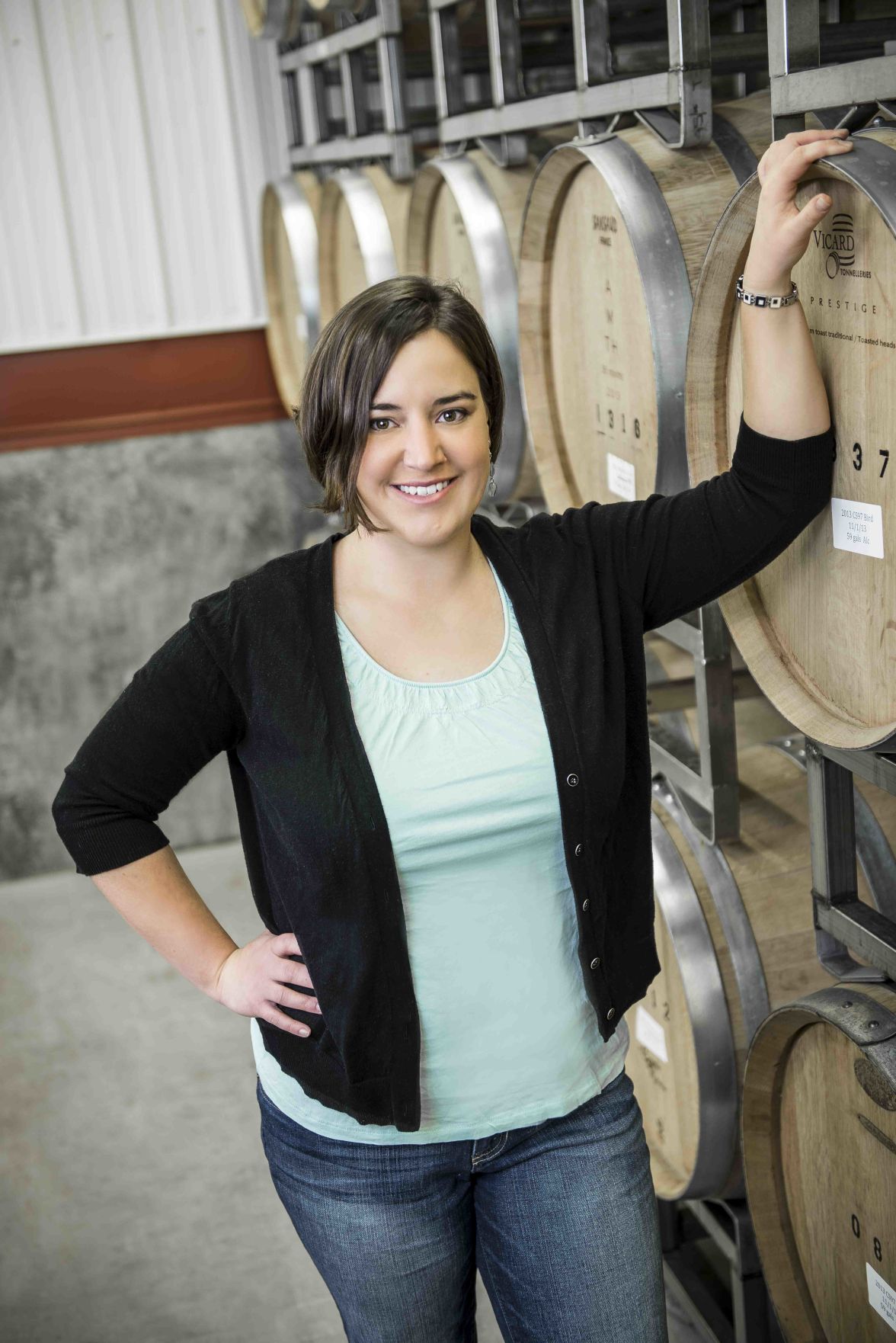 Taste a great wine and you enjoy delicate floral aromas, luscious fruit flavors, elegant textures and soft tannins. And there have been studies from Yale University scientists showing that women are more likely to be supertasters. Yet the industry is dominated by men.

However, the tide is changing — slowly, but it is changing. More women than ever before are entering the wine industry, be it as sommeliers, viticulturists or winemakers.

The Yakima Valley wine industry is part of that change. The following winemakers are breaking stereotypes and laying the groundwork for future women interested in entering the world of wine. These women are creating phenomenal wines and playing huge roles for the coming generation of women winemakers.

■ Kay Simon is the winemaker and co-owner of Chinook Wines in Prosser. A graduate of the enology program at University of California at Davis, Simon migrated to Washington in 1977 to work for Chateau Ste. Michelle. She was promoted to red winemaker in 1979. She is clearly one of Washington’s pioneering women winemakers.

“Back then it was unusual for a woman to be given such an important winemaking position,” Simon said. “Traditionally, women didn’t get beyond the lab.”

As a winemaker, Simon is best known for her cabernet franc. Chinook’s cabernet franc is often touted as one of the most varietally correct wines produced in Washington.

Wine to try: Chinook 2014 Yakima Valley Cabernet Franc, $24.99. This is a beautiful and balanced wine. It is a soft, drinkable wine with low tannins with flavors of cherries, raspberries and plum.

■ Winemaker Sarah Fewel co-owns Cultura Wine in Zillah. Fewel immersed herself in the industry by helping at neighboring wineries and taking classes to learn the business of wine and winemaking. In 2005, she and her husband launched their inaugural wines.

One wine that sets Cultura apart is merlot. In 2013, writer Rex Pickett, whose novel “Sideways” was adapted into the film of the same name, visited the winery. According to Fewel, Pickett, a merlot skeptic in “Sideways,” participated in a blind tasting and raved about the cabernet sauvignon in his glass. Upon learning the wine was a merlot, he was convinced it was a joke. Pickett realized the wine in his glass truly captured a sense of place.

Wine to try: 2013 Sun Ridge Vineyard Merlot, $40. This wine begins with aromas of dark fruits, subtle undertones of blueberries and black currants. Flavors of boysenberry and blackberry, soft tannins with a nice finish.

■ Kerry Shiels is the winemaker for Côte Bonneville winery in Sunnyside. Shiels originally chose engineering as her career of choice. After six years of working for Fiat, she realized her heart was in agriculture. She moved to California and earned a master’s in enology from UC Davis. After graduation, she began working grape harvests all over the globe. While in Australia, she became enamored with syrah. In 2010, Shiels started a syrah program for Côte Bonneville winery.

Having a worldwide perspective of this male-dominated industry gives Shiels even more desire to shatter stereotypes.

“It’s important to be pushing boundaries and opening opportunities for women,” she said. “When I was younger, I worked with great pioneering women such as Kay Simon. I hope to someday be a role model for young women interested in the wine industry.”

Wine to try: Côte Bonneville Syrah, $65. Aromas of blackberry and smoke with dense dark fruit flavors, smoke, and spice with a beautiful finish.