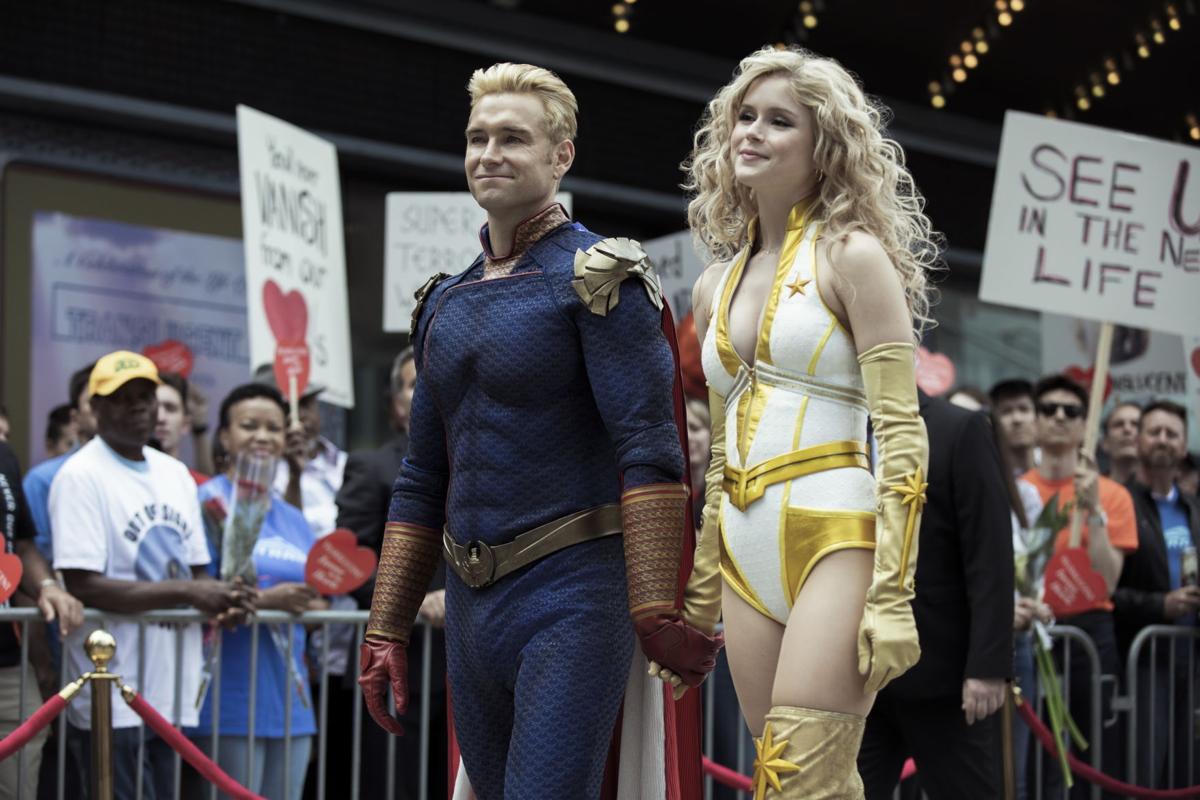 Antony Starr and Erin Moriarty in "The Boys." 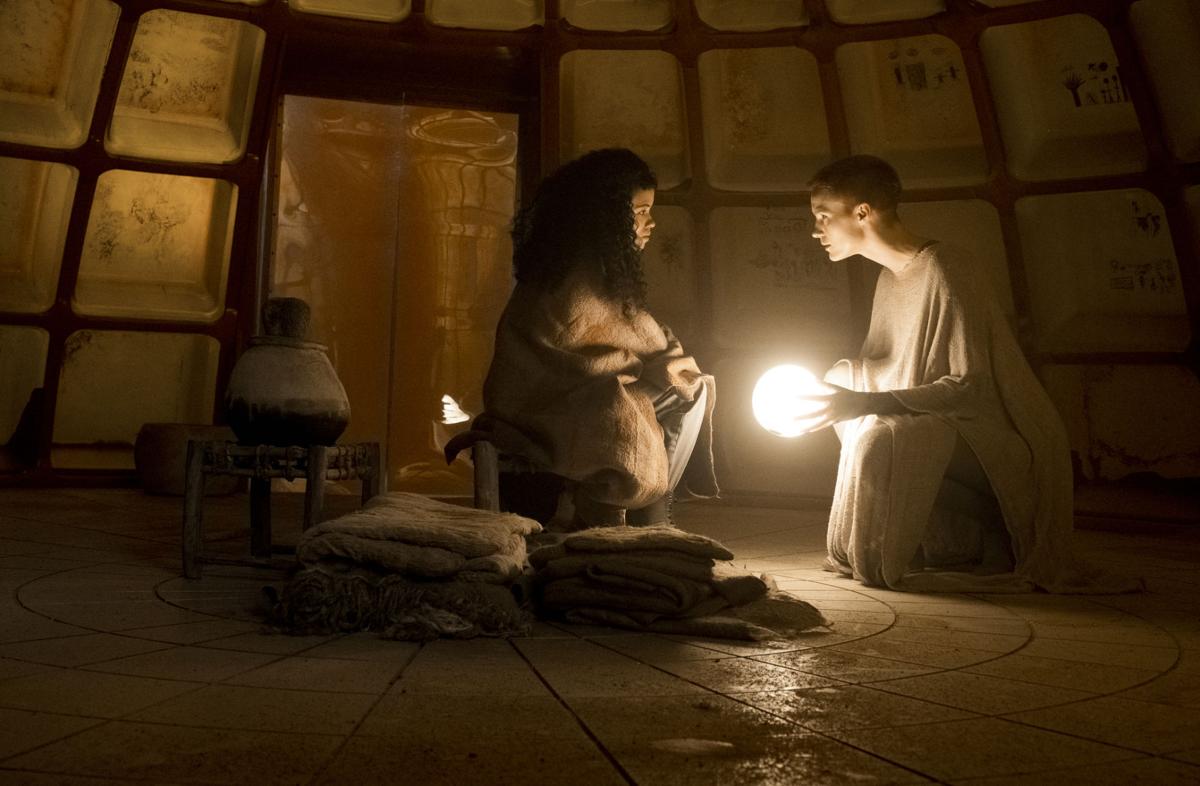 Jordan Loughran and Amanda Collin in "Raised by Wolves." 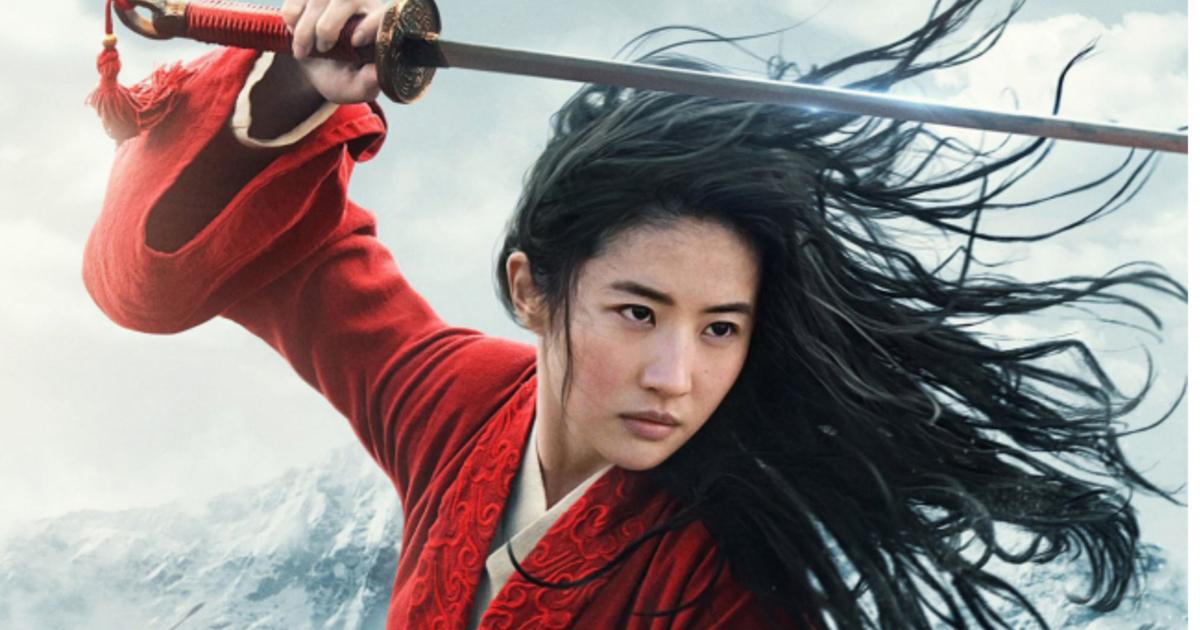 The "Mulan" live-action feature comes to Disney Plus. 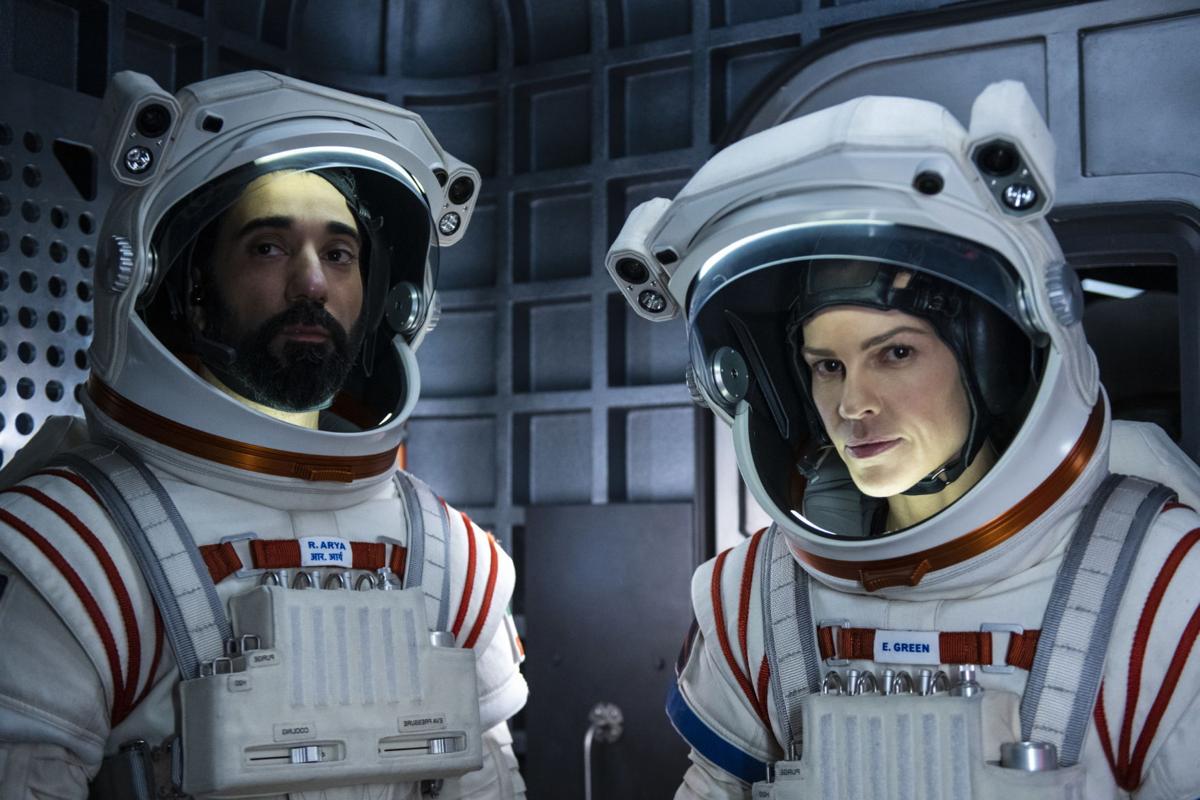 Ray Panthaki and Hilary Swank in "Away."

Antony Starr and Erin Moriarty in "The Boys."

Jordan Loughran and Amanda Collin in "Raised by Wolves."

The "Mulan" live-action feature comes to Disney Plus.

Ray Panthaki and Hilary Swank in "Away."

• Hillary Swank plays an astronaut who has to leave her husband (Josh Charles) and teenage daughter behind to command an international mission to Mars in “Away: Season 1” (not rated), a mix of space drama and family melodrama that leans on strong characters working their way through familiar tropes. Produced by “Friday Night Lights” creator Jason Katims. (Netflix, Friday)

• The antihero superhero thriller “The Boys” (TV-MA), which deconstructs the superhero mythology with violent action and dark humor, has become one of the biggest hits on Amazon. The second season delves deeper into the conflicts between the team of human avengers (led by Karl Urban) and the corporate superhero squad headlined by the psychotic Homelander (Anthony Starr). (Amazon Prime Video, Friday)

• Disney intended for an international theatrical release for the live action adaptation of “Mulan” (2020, PG-13). Instead, the multimillion dollar action spectacle starring Donnie Yen, Gong Li, Jet Li and Yifei Liu arrives as a special “Premier Access” streaming debut only through Disney Plus with the price of $29.99. (Friday)

• Charlie Kaufman directs the strange, surreal and melancholy “I’m Thinking of Ending Things” (2020, R), a claustrophobic road movie starring Jessie Buckley and Jesse Plemons as a couple on a visit to the boyfriend’s parents (Toni Collette and David Thewlis) … or maybe not. It’s adapted from the novel by Iain Reid and, as with Kaufman’s earlier works, the baseline of reality is constantly shifting. (Netflix, Friday)

• With the latest James Bond film delayed due to the pandemic, why not revisit “Casino Royale” (2006, PG-13) with Daniel Craig in his inaugural turn as 007? It’s still my vote as the best Bond film of the 21st century. (Netflix, Amazon Prime, Hulu)

• Premium video on demand: The comedy “Bill and Ted Face the Music” (2020, PG-13) reunites the fun-loving duo of Keanu Reeves and Alex Winter as middle-aged fathers in arrested adolescence who go on a new excellent adventure with their teenage daughters (Samara Weaving and Brigette Lundy-Paine).

• John Leguizamo directs and stars in “Critical Thinking” (2020, not rated) as a coach who leads a team of LatinX and Black teenagers from Miami to the National Chess Championship. It’s based on a true story.

• Also new are the documentaries “The Mole Agent” (Chile, 2020, not rated, with subtitles), about a civilian hired to go undercover in a retirement home, and “#Unfit: The Psychology of Donald Trump” (2020, not rated), which comes with a self-explanatory title.

• “Young Wallander: Season 1” (TV-MA) stars Adam Palsson as the rookie cop tackling an incendiary hate crime in the prequel to the British adaptation of the Henning Mankell novels about the brooding Swedish detective.

• “Adrift” (2018, PG-13), based on a true story, stars Shailene Woodley and Sam Claflin as a young couple whose solo sailing adventure becomes a survival odyssey when they are caught in a hurricane. Baltasar Kormakur directs.

• “Blaze” (2018, R), directed by Ethan Hawke, offers an impressionistic look at the life and career of singer-songwriter Blaze Foley, an unsung hero of the outlaw country movement of the 1970s.

• International passport: Michel Gondry’s “Microbe and Gasoline” (2016, R) is a whimsical French tale of adolescent best friends letting their imaginations carry them away for a summer adventure.

• Kid stuff: “Dino Dana: The Movie” (2020, PG) is a feature-length spinoff of the educational series about two young sisters whose imaginations brings paleontology to life.

• The limited series “First Day” (not rated) follow a 12-year-old transgender girl (Evie Macdonald) as she enters high school. The Australian four-part drama was specifically made for families and kids.

• James McAvoy gets top billing in “Wanted” (2008, R) but Angelina Jolie is the real star of the wildly absurd (and wildly entertaining) action thriller.

• Ben Affleck stars in “The Way Back” (2020, R) as an alcoholic who returns to coach his old high school basketball team. (All HBO platforms)

• Amy Schumer is an insecure woman who wakes from a fall convinced she’s a model-thin bombshell in the comedy “I Feel Pretty” (2018, PG-13).

• Streaming TV: “Doctor Who: Season 12” (2020, TV-PG) with Jodie Whittaker as The Doctor arrives from BBC America.

• Inspired by the unprovoked 2005 murder of a Black teenager by two white men in Liverpool, the British TV movie “Anthony” (2020, not rated) imagines what the young man’s life might have been had he lived. It makes its stateside debut on Peacock.