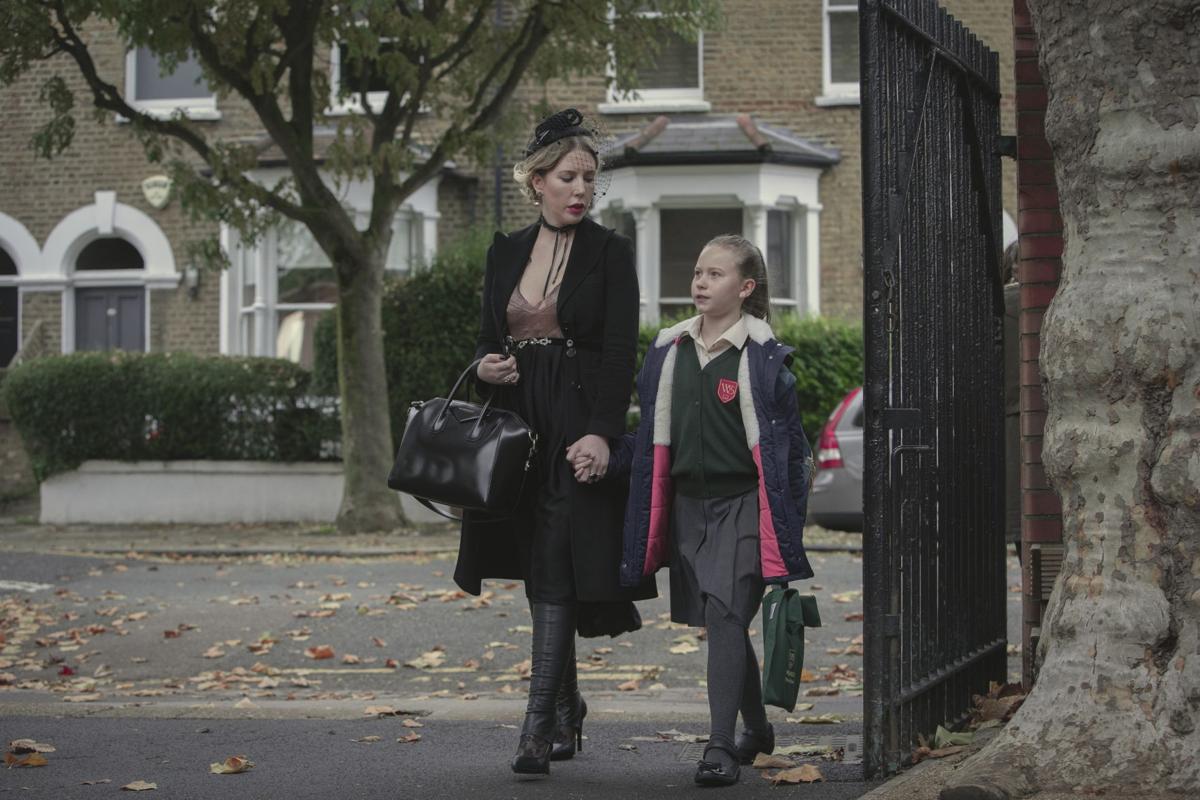 Katherine Ryan and Rory Keenan in "The Duchess." 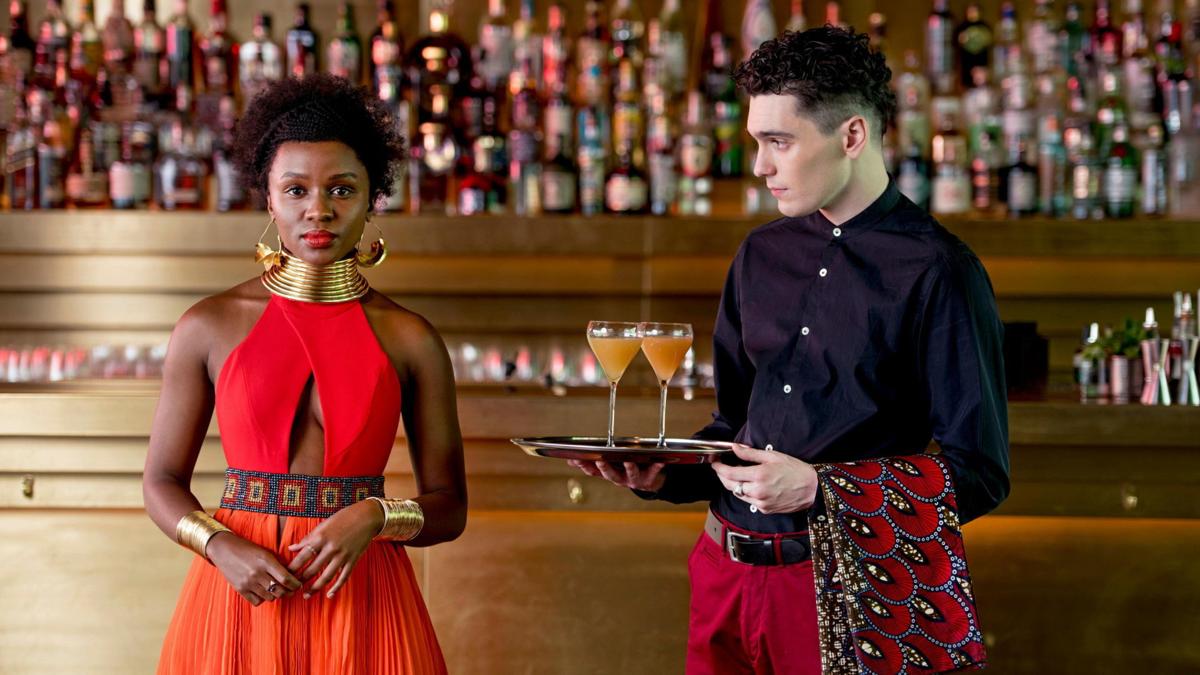 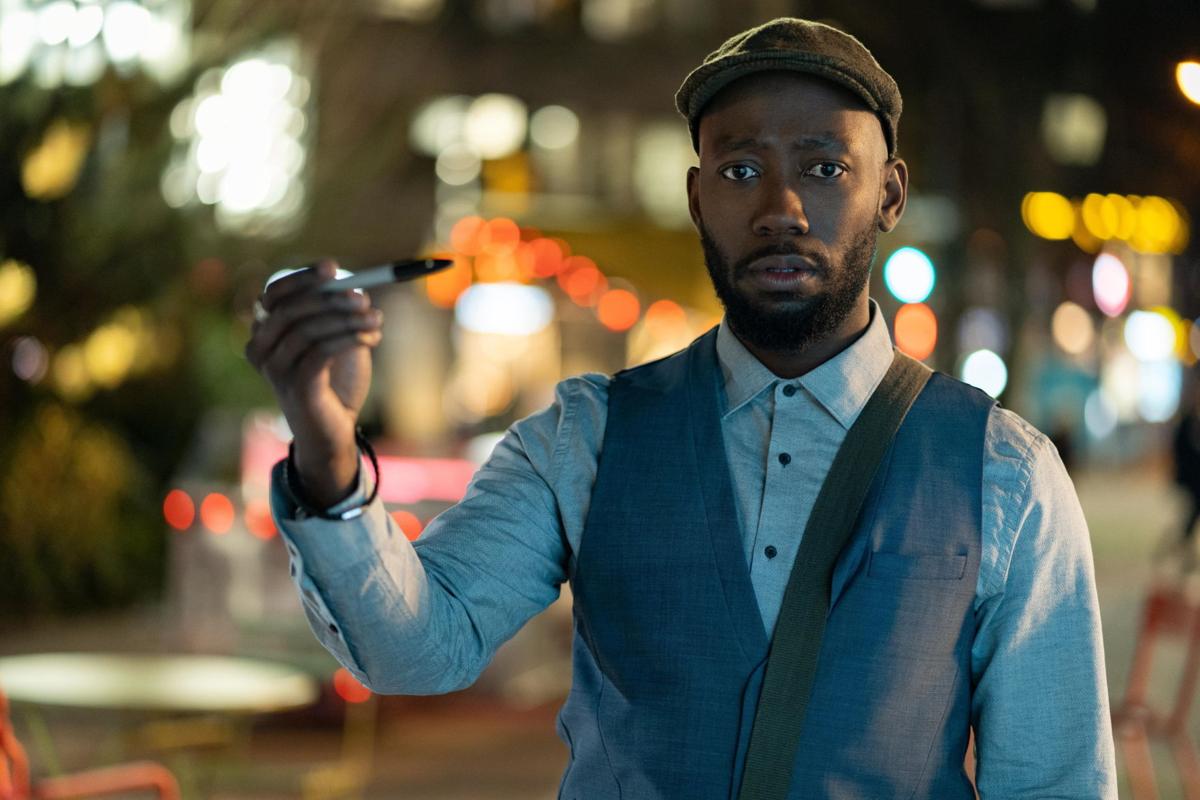 Katherine Ryan and Rory Keenan in "The Duchess."

• Inspired by the work of artist Keith Knight, “Woke: Season 1” (not rated) stars Lamorne Morris as a cartoonist on the verge of mainstream success, in part for steering clear of politics and race in his work. Then after he’s wrongfully (and violently) detained by the police, inanimate objects start speaking to him in frank (and funny) terms about confronting the realities of being Black in America. (Hulu)

• “Noughts + Crosses: Season 1” (2020), based on the young adult fantasy novels by Malorie Blackman, is a Romeo and Juliet romance in a world where race relationship are flipped. It confronts issues of race, power and privilege in a reality where Africa invaded and colonized Europe centuries ago. Jack Rowan and Masali Baduza star as the young lovers crossing racial and class boundaries. Originally broadcast earlier in 2020 on BBC, it streams in the U.S. on Peacock.

• The raunchy, acerbic British comedy “The Duchess: Season 1” (not rated) stars Katherine Ryan as a single mother in London who decides to give her preteen daughter a sibling by getting pregnant by her ex. Perhaps not her best idea, since they hate each other. (Netflix, Friday)

• The documentary “The Social Dilemma” (2020, PG-13) is a sobering look at the impact of Facebook, Twitter and other social media platforms on individual lives and the culture at large by nurturing a society addicted to likes and updates. (Netflix)

• International pick: The zombie thriller “#Alive” (South Korea, 2020, not rated, with subtitles) is a horror movie for the COVID era; it focuses on the loneliness of a survivor isolated in his apartment as an epidemic rages outside. (Netflix)

• Classic pick: David Lean’s “The Bridge on the River Kwai” (1957), starring Alec Guinness as a British officer blinded by pride and William Holden as a pragmatic American POW, won seven Academy Awards, including best picture, director and actor, and remains one of the greatest war epics. It’s a handsome film and a literate drama with modern anti-war sentiment by way of a bitter satire of British honor and enterprise. (Amazon Prime, also streaming in 4K UHD)

• Tilda Cobham-Hervey plays the Australian-born singer Helen Reddy in “I Am Woman” (2020, not rated), a biographical drama named after her iconic hit song, which became an anthem for 1970s feminists. Danielle Macdonald and Evan Peters costar.

• The documentary “Robin’s Wish” (2020, not rated) recounts the final days of comedian and actor Robin Williams, who took his own life in 2014.

• “Midnight Special” (2016, PG-13), starring Michael Shannon as a devoted father determined to save a son with inexplicable powers from those who would exploit him, is an intimate and moving alternative to superhero spectacles. Joel Edgerton, Kirsten Dunst and Adam Driver co-star.

• The ghosts of a boy band from the ’90s reinvigorate the musical passions of a high school girl in “Julie and the Phantoms: Season 1” (2020, TV-PG), a family-friendly musical series from director and choreographer Kenny Ortega. (Thursday)

• “The Babysitter: Killer Queen” (2020, TV-MA), a sequel to the 2017 horror comedy, sends the now teenage survivor (Judah Lewis) of a satanic cult into another nightmare: high school. (Thursday)

• Streaming TV: As long we’re still stuck at home, the makeover reality series “Get Organized with The Home Edit: Season 1” (not rated) may come in handy.

• International passport: A preteen dance group mimics the hyper-sexual dance moves of adult stars in “Cuties” (France, 2020, TV-MA, with subtitles), a coming-of-age drama that looks at the collision of adolescence and the sexualized imagery of women in contemporary culture.

• Steven Spielberg’s “Close Encounters of the Third Kind” (1977, PG) offers a benevolent vision of first contact with alien visitors and a sense of wonder. Also streams in 4K UHD.

• Kid stuff: David Bowie is the Goblin King in Jim Henson’s musical fantasy “Labyrinth” (1986, PG) featuring Jennifer Connelly as a teenager who enters his wonderland to save her baby brother. Also streams in 4K UHD.

• The animated “Madagascar: A Little Wild: Season 1A” (TV-G) presents the four animal friends of the “Madagascar” movies as young cubs in their New York zoo home. Also streaming on Peacock.

• The animated family comedy “Spies in Disguise” (2019, PG) features the voices of Will Smith and Tom Holland. (All HBO platforms)

• A pair of documentaries debut on Peacock: “The Sit-In: Harry Belafonte Hosts ‘The Tonight Show’” (2020, not rated) casts a spotlight on an almost forgotten landmark of American television that brought Dr. Martin Luther King, Lena Horne, Aretha Franklin and Robert Kennedy to late night TV, and “Black Boys” (2020, not rated) explores the Black experience and Black identity through the stories of athletes, journalists, activists and others. (Peacock, Friday)

• An American in Sweden digs into a 50-year-old murder in the crime comedy “We Got This: Season 1” (Sweden, not rated, with subtitles). New episodes every Thursday. (Sundance Now)

• Rachelle Lefevre is a Canadian woman in New Zealand searching for her missing husband in the psychological thriller “The Sounds” (Canada/New Zealand). New episodes each Monday. (Acorn TV)

• Chadwick Boseman stars in one of his final screen performances in “21 Bridges” (2019, R), playing an NYPD detective who stumbles across a conspiracy during a manhunt for a pair of cop killers. (Showtime Anytime)