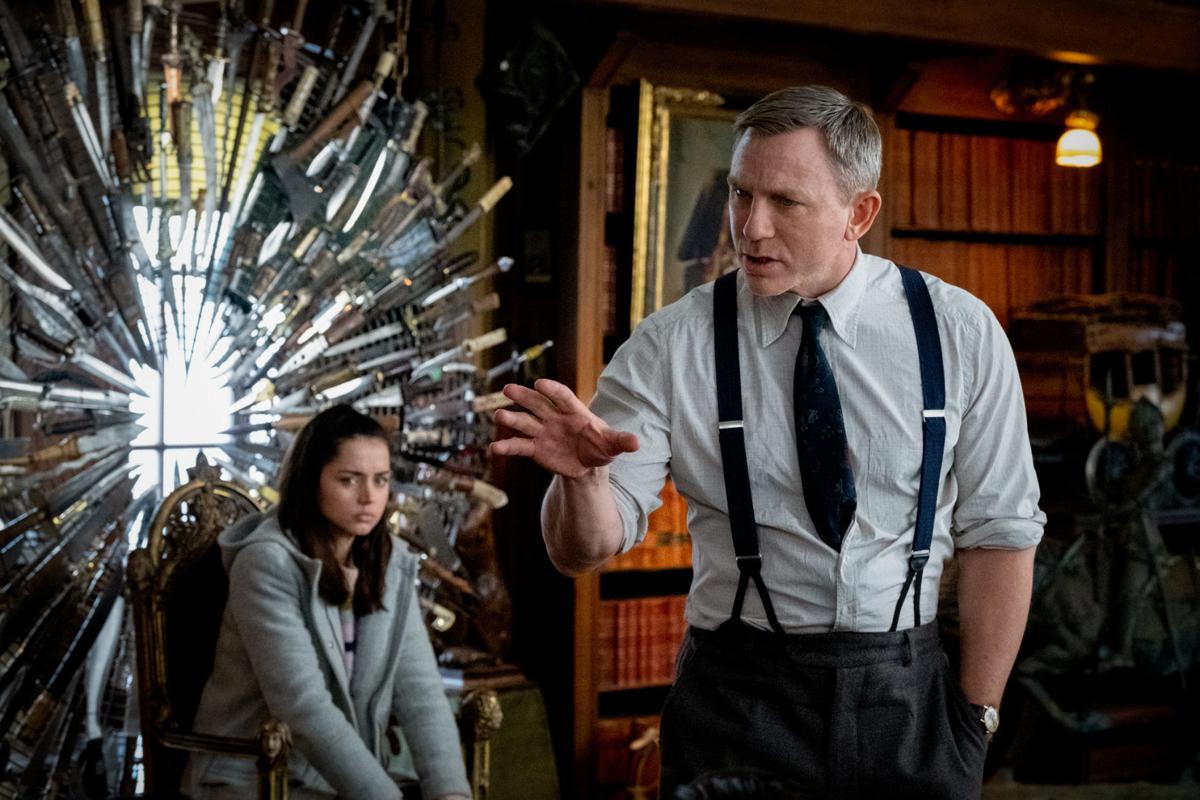 Ana De Armas and Daniel Craig in "Knives Out." 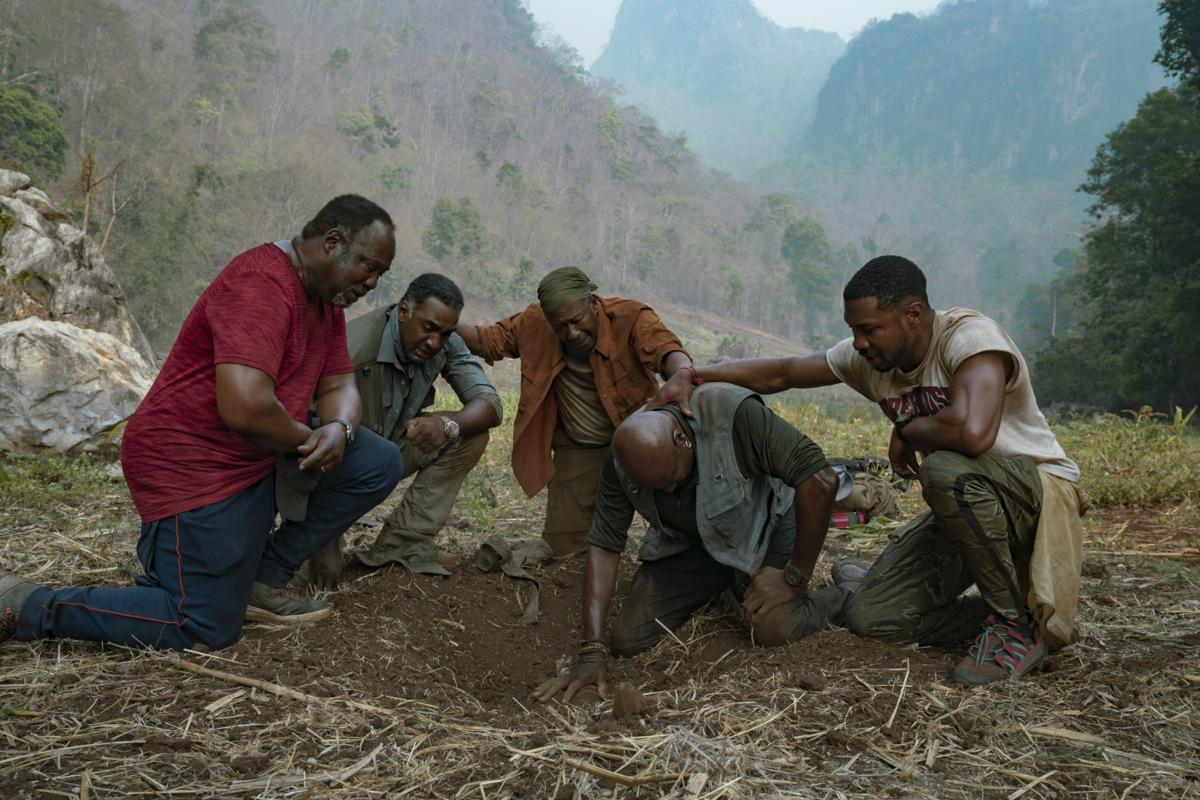 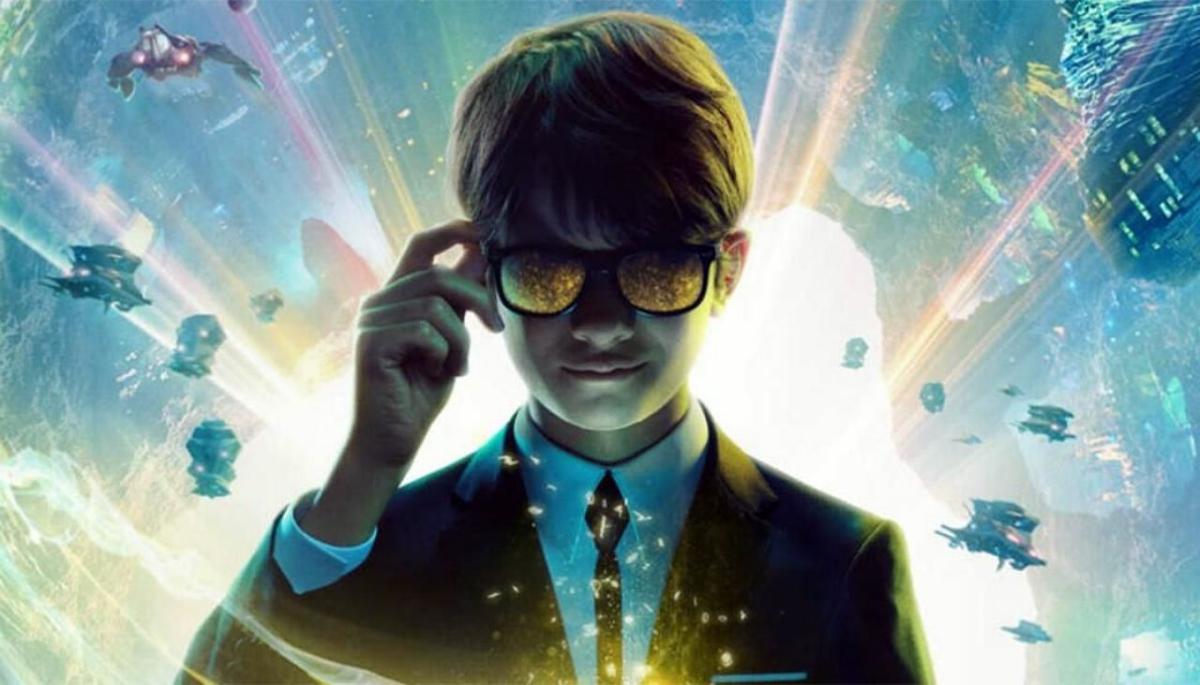 Ana De Armas and Daniel Craig in "Knives Out."

• Four African American veterans return to Vietnam after 40 years to recover the body of their fallen squad leader (Chadwick Boseman) — and the treasure that was buried with him — in “Da 5 Bloods” (2020, R), the new Spike Lee joint. Delroy Lindo, Clarke Peters, Norm Lewis and Isiah Whitlock Jr. play the former brothers-in-combat in this mix of war movie, caper film and action thriller that explores the black experience in Vietnam. Debuts directly to Netflix on Friday.

• Rian Johnson earned an Oscar nomination for his original screenplay for “Knives Out” (2019), an Agatha Christie-like murder mystery with a modern sensibility and a witty sense of humor. Daniel Craig has a blast with a larger-than-life Southern drawl as the gentleman detective investigating the death of a rich mystery writer (Christopher Plummer), and Chris Evans, Jamie Lee Curtis, Michael Shannon, Don Johnson, Toni Collette and Ana de Armas are among the suspects in the old country manor house. It’s clever and witty, with terrific twists and a lively cast of characters, and the most fun I had at the movies last year. Streaming on Amazon Prime Video starting Friday.

• The eight-part documentary series “Lenox Hill” (2020, not rated) follows two neurosurgeons, an emergency room doctor and an obstetrician over the course of several months at the renowned New York City hospital, delving into their personal and professional lives. Though shot before the current pandemic, it is a timely tribute to America’s health care workers. Streaming on Netflix.

• The stop-motion series “Crossing Swords” (TV-14) uses animated children’s toys in service to a raunchy medieval comedy about a peasant (voiced by Nicholas Hoult) who becomes a king’s squire and finds the court is a pit of narcissism, lies and hedonism. Created by “Robot Chicken” veterans John Harventine IV and Tom Root for Hulu. Streaming Friday.

• A pregnant teenager and her only slightly more worldly cousin travel from rural Pennsylvania to New York City to secure an abortion in “Never Rarely Sometimes Always” (2020, R), an intimate indie drama from writer/director Eliza Hittman that won awards at Sundance and Berlin.

• In the divisive satirical thriller “The Hunt” (2020, R), a group of strangers are hunted for sport by wealthy elitists, but one of the potential victims (Betty Gilpin) turns the tables on the hunters. It’s written by Damon Lindelof, creator of “Lost” and HBO’s “Watchmen” series.

• Also new is the drama “The Etruscan Smile” (2020, not rated), starring Brian Cox as a Scotsman who reluctantly travels to San Francisco for medical treatment, and “Corpus Christi” (Poland, 2020, not rated, with subtitles), a drama of faith and redemption that played stateside as a Virtual Theater presentation.

• Premium VOD: “SNL” star Pete Davidson stars as a charming but self-pitying screw-up in “The King of Staten Island” (2020, R), a comedy drawn in part from the comic’s own life. Judd Apatow directs and co-writes the screenplay with Davidson. Available starting Friday.

• Inspired by the FIFAGate scandal, “El Presidente: Season 1” (Chile, TV-MA, with subtitles) is a satire of power and corruption in international football from producer Pablo Larrain.

• Micheala Coel directs and stars in “I May Destroy You” (2020, TV-MA), which uses dark humor to explore the effects of sexual assault. New episodes each Sunday.

• The three-part psychological workplace thriller “Sticks and Stones” rolls out on BritBox with new episodes each Tuesday.

• “Never Rarely Sometimes Always,” “The Hunt,” “We Summon the Darkness.”