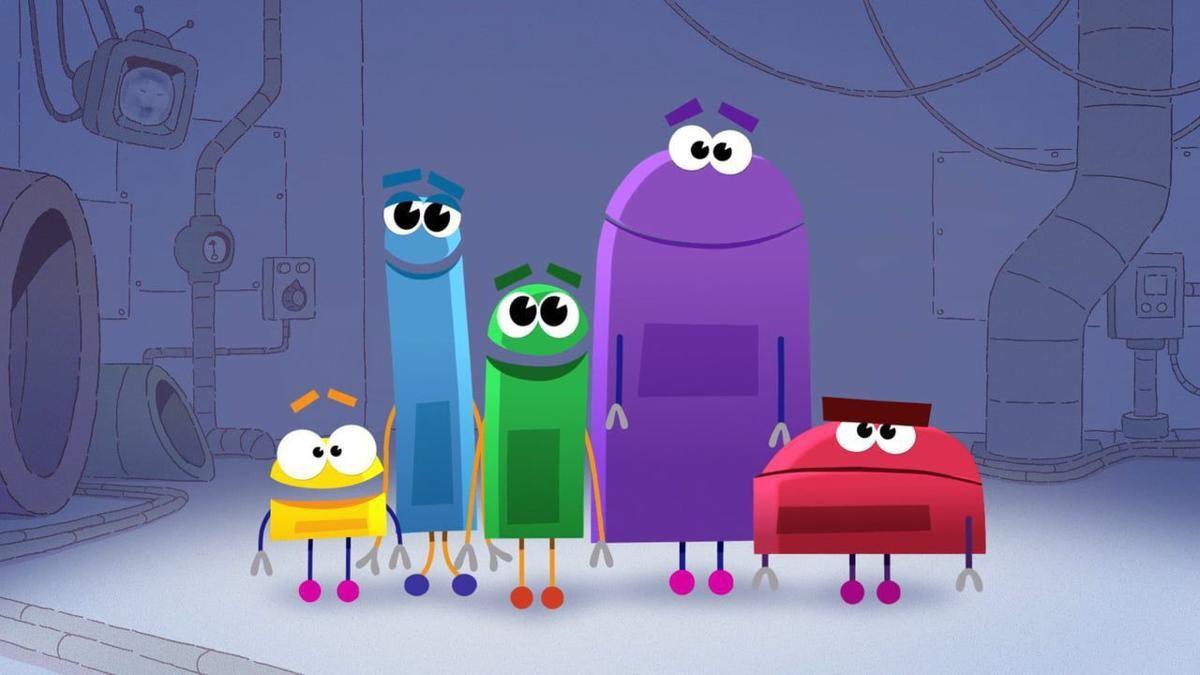 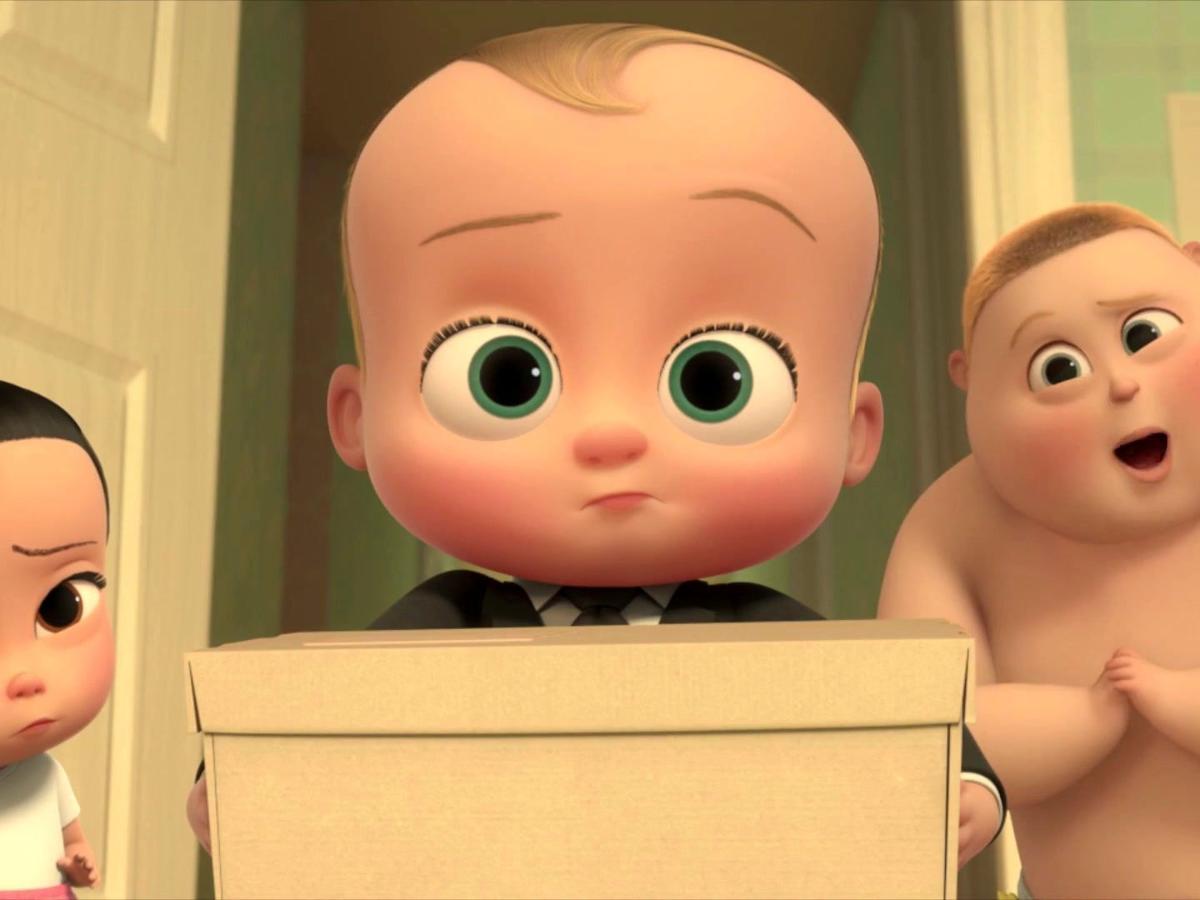 "Boss Baby: Back in Business" 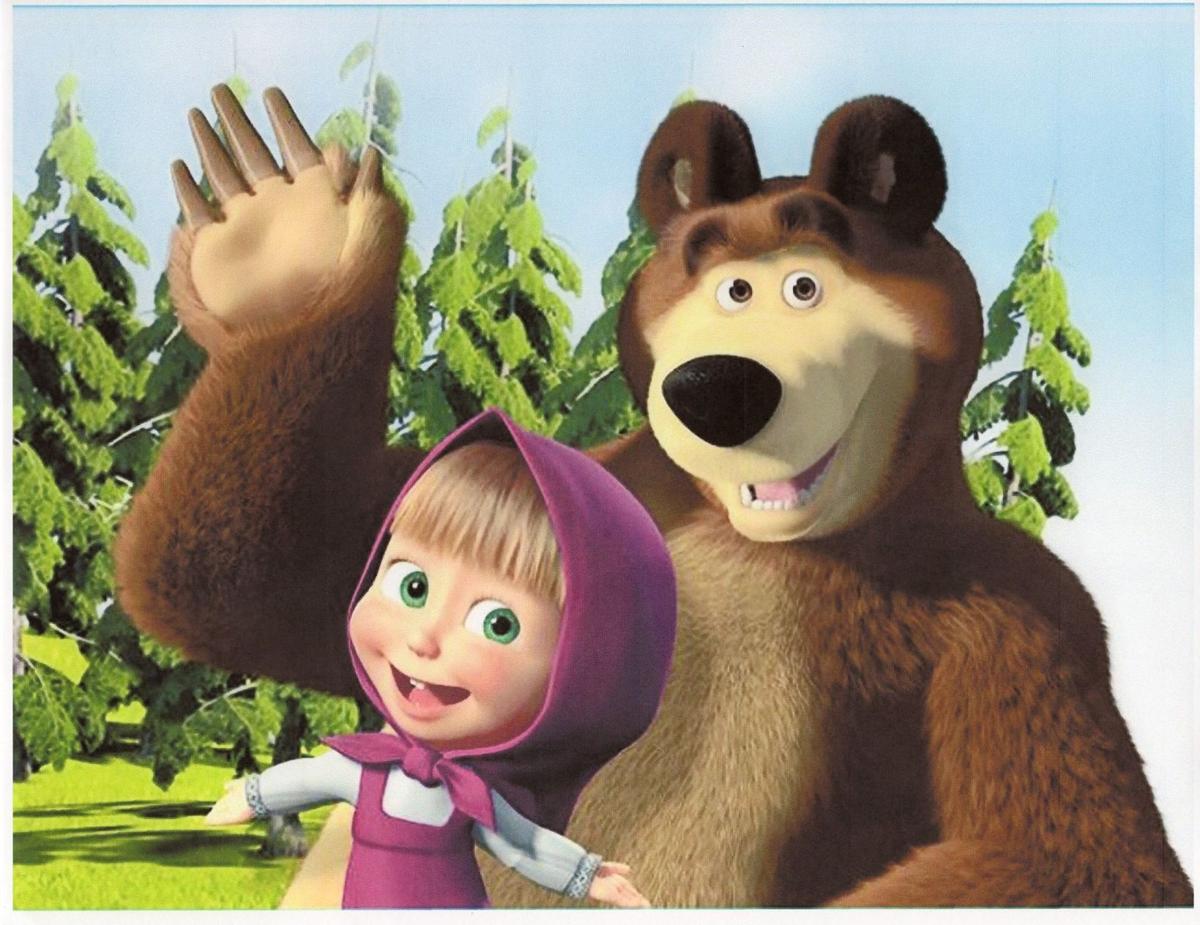 "Masha and the Bear" 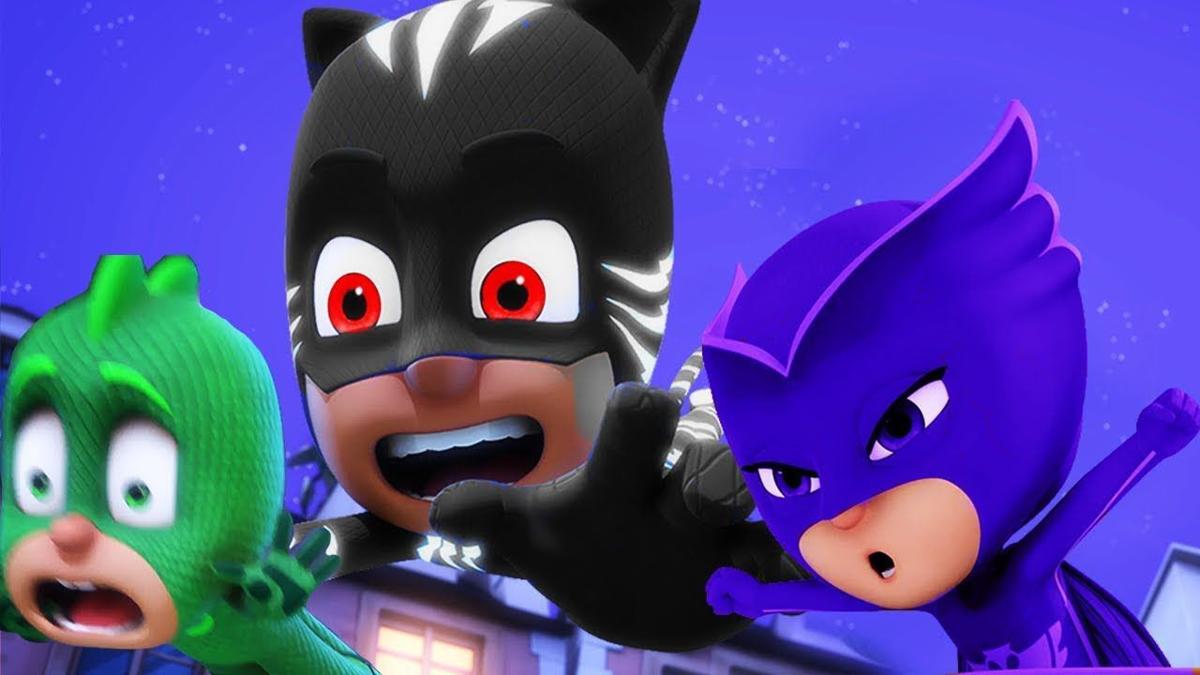 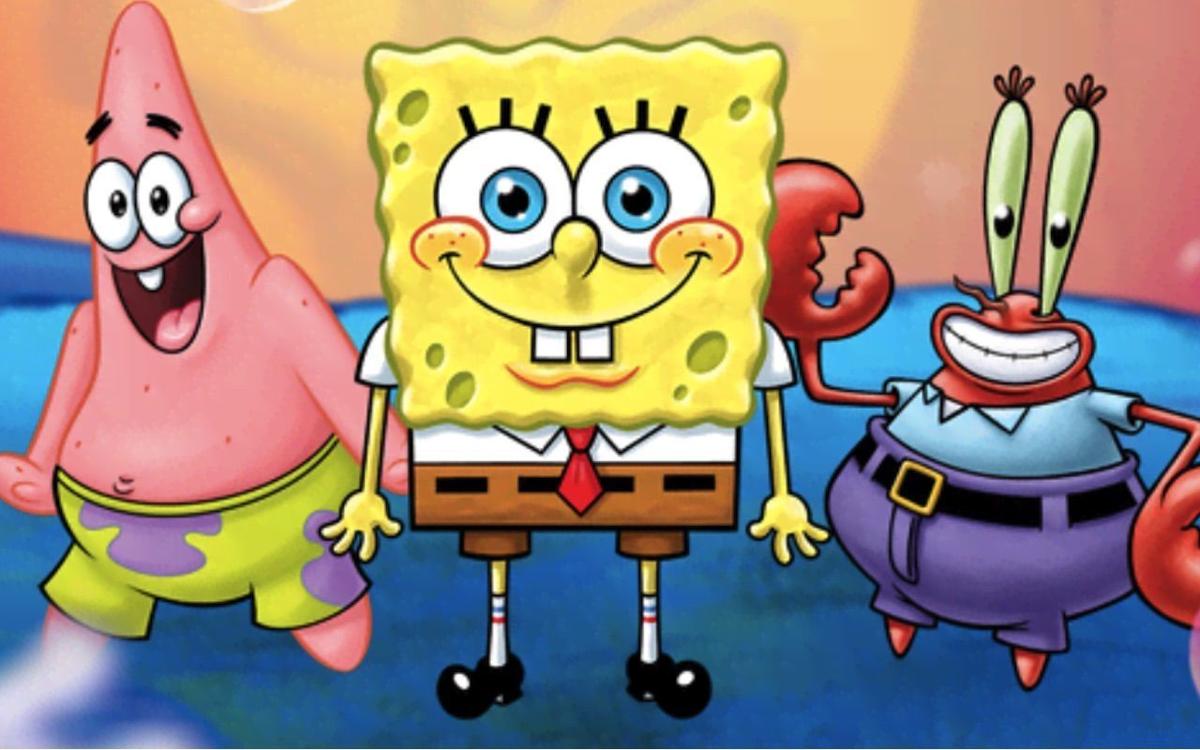 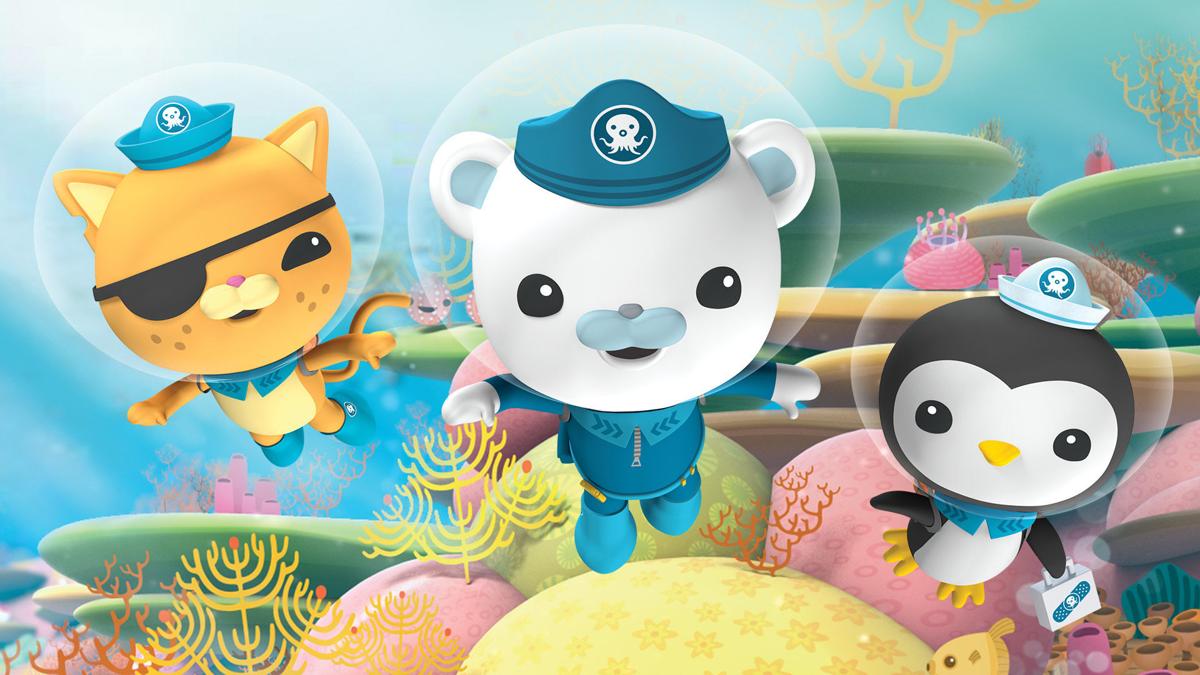 "Boss Baby: Back in Business"

"Masha and the Bear"

Would she have just, like, gently hugged him if she’d watched “Sesame Street” that morning instead? It’s impossible to know. That impulse toward mild violence could have come from anywhere. Maybe she woke up too early. Maybe she misses her friends during quarantine. But I can’t help but wonder, every time she does something she shouldn’t, whether it’s because of some bad-influence show I never should have let her watch.

A nap-time tantrum could be a delayed aftereffect from the evening last week I let her watch “The Boss Baby: Back in Business” instead of “Daniel Tiger’s Neighborhood.” I shouldn’t have done that. But there are only so many times I can listen to that tiger and his friends sing their catchy little songs. Sometimes I want to watch an irreverent, ill-tempered baby in a suit. Then I second-guess myself for weeks.

Is “Peppa Pig” a good influence? Should I be worried that “PAW Patrol” is teaching her to believe in unregulated corporate capitalism? Is Barbie always problematic, or could the modern version in “Barbie Dreamhouse Adventures” actually be a good role model? And what about “Pee-wee’s Playhouse”? We both love it, but is it helpful or harmful to her development?

I cannot answer those questions for you in any definitive sense. My own reaction to children’s television oscillates between, “We must only watch good, healthy programming with strong values and real-life applications” one day and “Eh, whaddyagonnado, you know; kids is kids; it ain’t like SpongeBob invented misbehavior” the next.

What I can offer, however, is the perspective of someone who’s watched just an incredible amount of children’s programming over the past couple of years. I know what the kid likes, and I know what I like. I think I might even know what’s good for her.

These are the shows we both like that also are clearly good for her. They entertain. They educate. They’re not trying to sell action figures.

Half a century in, this remains the gold standard in children’s programming. It’s clever and engaging without a bunch of gimmicky bells and whistles. Every segment contains a lesson, whether it’s how to count to five or how to empathize with people whose lives are different from yours. Sure, some of the cutesy characters (Elmo and Abby mostly) can get a little annoying to grown-up viewers, but there’s always Oscar the Grouch to level things back up. Plus the show has a great track record of dealing sensitively and smartly with tough issues; see the “Sesame Street Racism Town Hall” from June for proof. And, not for nothing, no children’s show gets better guest stars.

A Netflix show that debuted in 2016, “Storybots” relies on a brilliant conceit: Its animated title characters comprise a team tasked with answering internet queries. (They’re the guys inside your computer who track down “How do airplanes fly?” or “What is electricity?”) So there’s a built-in educational component. Beyond that, the show is just laugh-out-loud funny. The Storybots’ threadbare, overworked boss is one of my favorite television characters regardless of genre. And, like “Sesame Street,” “Ask the Storybots” gets great guest stars. Favorites include Reggie Watts, Maria Bamford, Ed Norton and Wanda Sykes.

A British animated Jacques Cousteau-type show featuring a team of anthropomorphic adventure animals? Yeah, that sounds good. And it is. It’s educational by design, but the thing I like most about “The Octonauts” is how caring and noble every single character is. Even the devil-may-care former pirate cat Kwazii is a good-natured sweetheart who can laugh at himself. If my kids grow up to be Octonauts, I’ll be fine with that.

This one juuuuuust makes the list. A descendant of the sainted Mister Rogers and his show, “Daniel Tiger” is very obviously good and healthy viewing for children of all ages. My one gripe — and really it’s just a quibble — is that there’s nothing in it for grown-ups. The other shows in this tier make at least cursory attempts at providing multilevel entertainment. But not “Daniel Tiger.” It’s just a collection of very good, very basic, practical life lessons for preschool-age kids. That I’d ever want it to be more than that is less an indictment of “Daniel Tiger” than a testament to just how sophisticated shows like “Sesame Street” can be.

The worst shows ever

This show, beloved by every kid 7 and younger, is the dumbest thing on television. It’s about three grade-school kids who dress up and fight crime at night. Do they have parents? I don’t know. Every episode they either learn to believe in their convictions without compromise, or to listen to criticism and be willing to change. Those are contradictory messages, but that’s nitpicking. The show has much worse problems, specifically that the writing, visual design and voice acting are all so grating as to inspire madness.

■ “The Boss Baby: Back in Business,” Netflix

The film version of “The Boss Baby” had heart. It wasn’t great, but it had a few good laughs and a strong emphasis on family. This adaptation goes a different way, opting for (occasionally smart but more often over-baked) office-culture parody and mean-spiritedness. Despite the vocal contributions of Flula Borg and Nora Dunn, both of whom have comic chops that’d be better used elsewhere, it’s mostly just an unfunny primer for how to misbehave and overreact. More than any other show, I can see immediate negative behavioral impacts after my kid watches it.

■ “Masha and the Bear,” Netflix

She loves this one. Why wouldn’t she? It’s a Russian cartoon about an incorrigible little girl whose hijinks constantly imperil herself and those around her. Masha never faces any consequences at all. Bear, a father figure despite being a literal bear, just saves the day, sighs and forgives her. It’s a fun show with some of the same spirit as the old Loony Tunes shorts. But it’s a horrible influence and it may be actual, literal Russian propaganda. (Ukranian critics suspect the bear symbolizes Russia and Masha symbolizes the Ukraine. I could see how that would irritate the Ukraine.)

Not every show can be “Sesame Street”-level good. This one is a nice example of a perfectly fine show that isn’t great but isn’t harmful. It’s occasionally clever and always good-hearted. Plus Jenny Slate provides the voice of the nanny.

This is a show about insect buddies who sing Beatles songs. That’s a cool enough concept, and the show is generally fine. But, as much as this otherwise fairly insipid kids cartoon is improved by Beatles songs, the Beatles songs are kind of ruined by it. I do appreciate how the show definitively answers the Beatles vs. Stones debate. There’s no way the Stones’ catalog could’ve been made into saccharin kids TV. Advantage Stones.

mean well but keep getting into trouble when their owner, Bob, leaves them alone. It’s an inventive show, and it’s well-intentioned. But, like so many other kids shows with “lovable scamp” characters, it sometimes celebrates misbehavior. Whatever. The dogs’ cat friend is cool; I like her a lot.

Shows I hate but ARE good for kids

This is a great show about problem solving and friendship. I guess. But my secret pop-culture pet peeve is Mickey Mouse’s voice. I hate it. I do not understand how a character with such a grating, always-excited, high-pitched sing-song voice ever became so popular. Give me Donald Duck, Goofy, Minnie, Daisy, Chip, Dale and Pluto. Keep Mickey for yourself.

Very young kids can get a lot out of this one. It’s a great, basic vocabulary builder. But it’s the definition of cutesy, and cutesy is one of my least favorite qualities in a show. I get it: It’s not for me; it’s for, like, 2-year-olds. That’s fine. But I hate it.

People of color are horribly underrepresented in children’s programming, and this is a blessed exception. It’s about a Black kid doctor (well, doctor for toys; her mother is an actual physician) and has featured LGBTQ characters in non-stereotypical roles. So “Doc McStuffins” has done a lot of good and is unquestionably an important show. But two characters ruin it for me. Lambie is a cloyingly adorable stuffed lamb who whines all the time. And Stuffy is an obnoxious stuffed dragon who can’t stop boasting and lying.

This one’s probably great for kids 8 and older. Maybe 10. But for little kids, its hyperactive pace and surreal sense of humor can be dizzying. It’s big with college kids and grown-up weirdos like me for good reason; much of it is aimed at adults. For instance, it’s the only “kids” show to ever include a clip of indie-darling filmmaker Jim Jarmusch fishing for sharks on underground artist-musician John Lurie’s cult fishing show “Fishing With John.” When I saw that, “SpongeBob” had me as a fan for life.