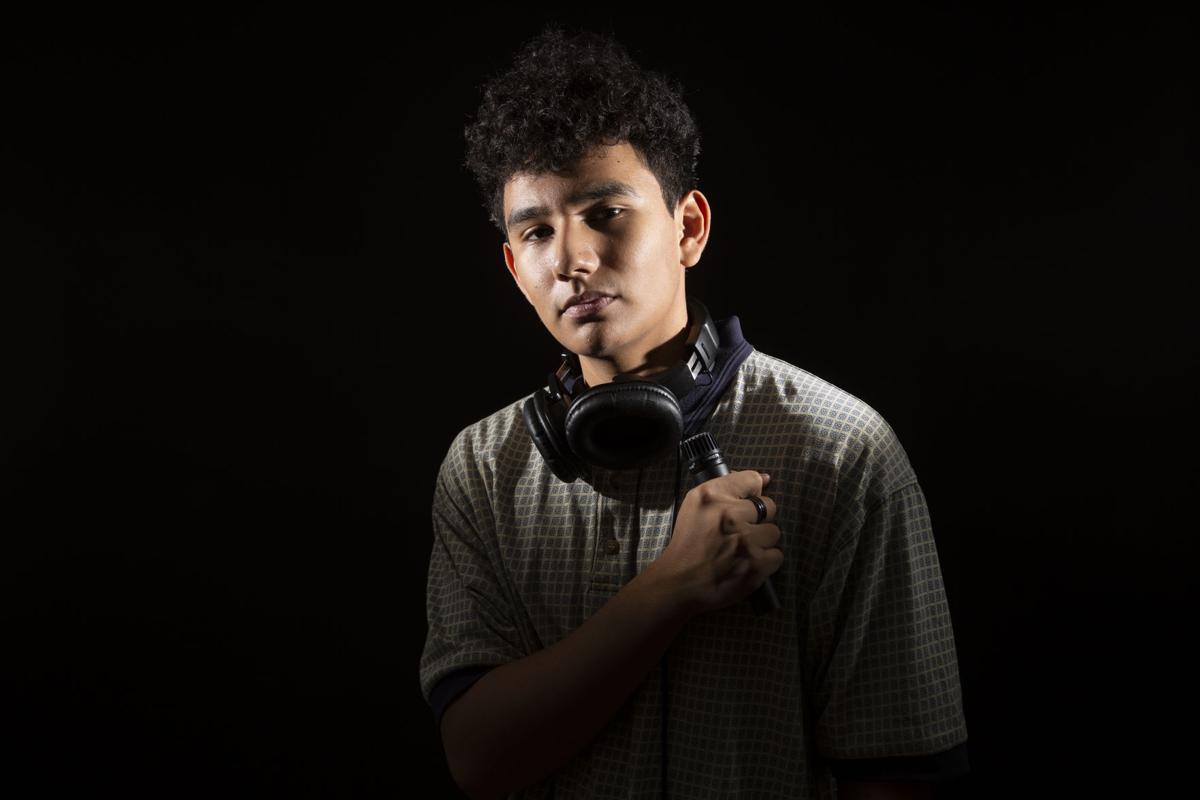 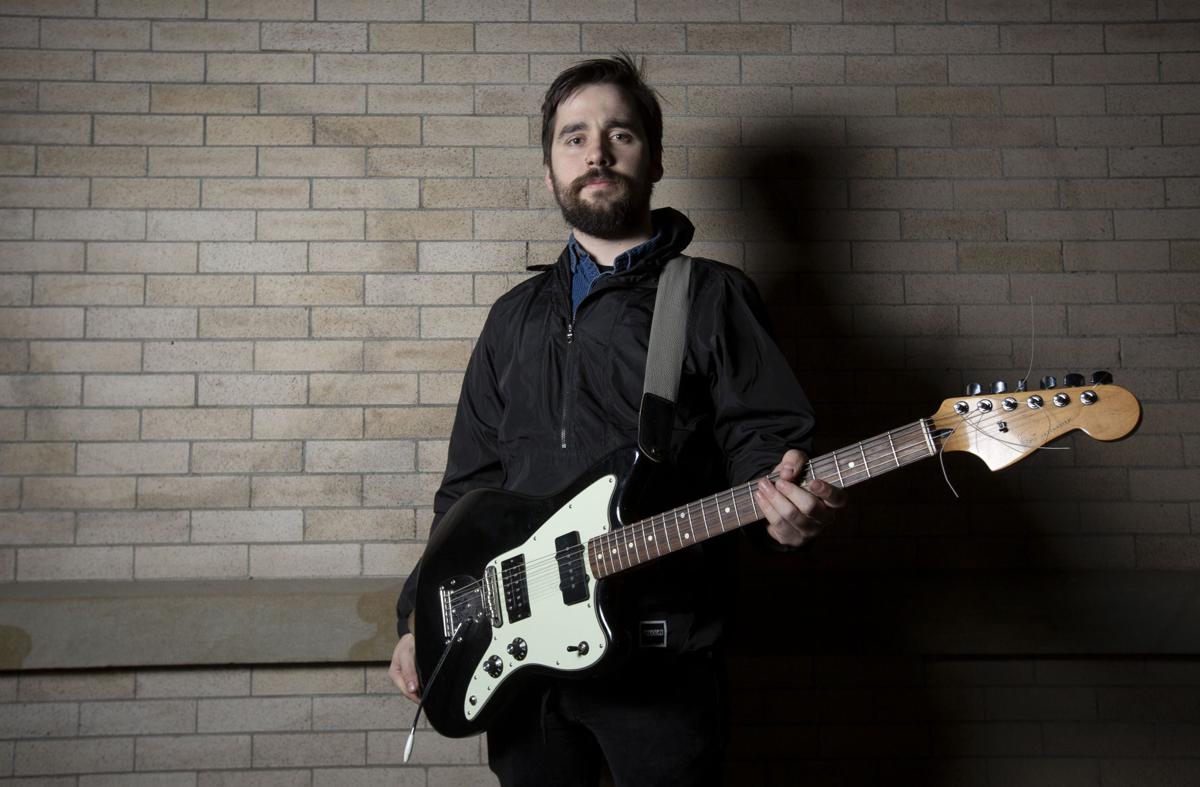 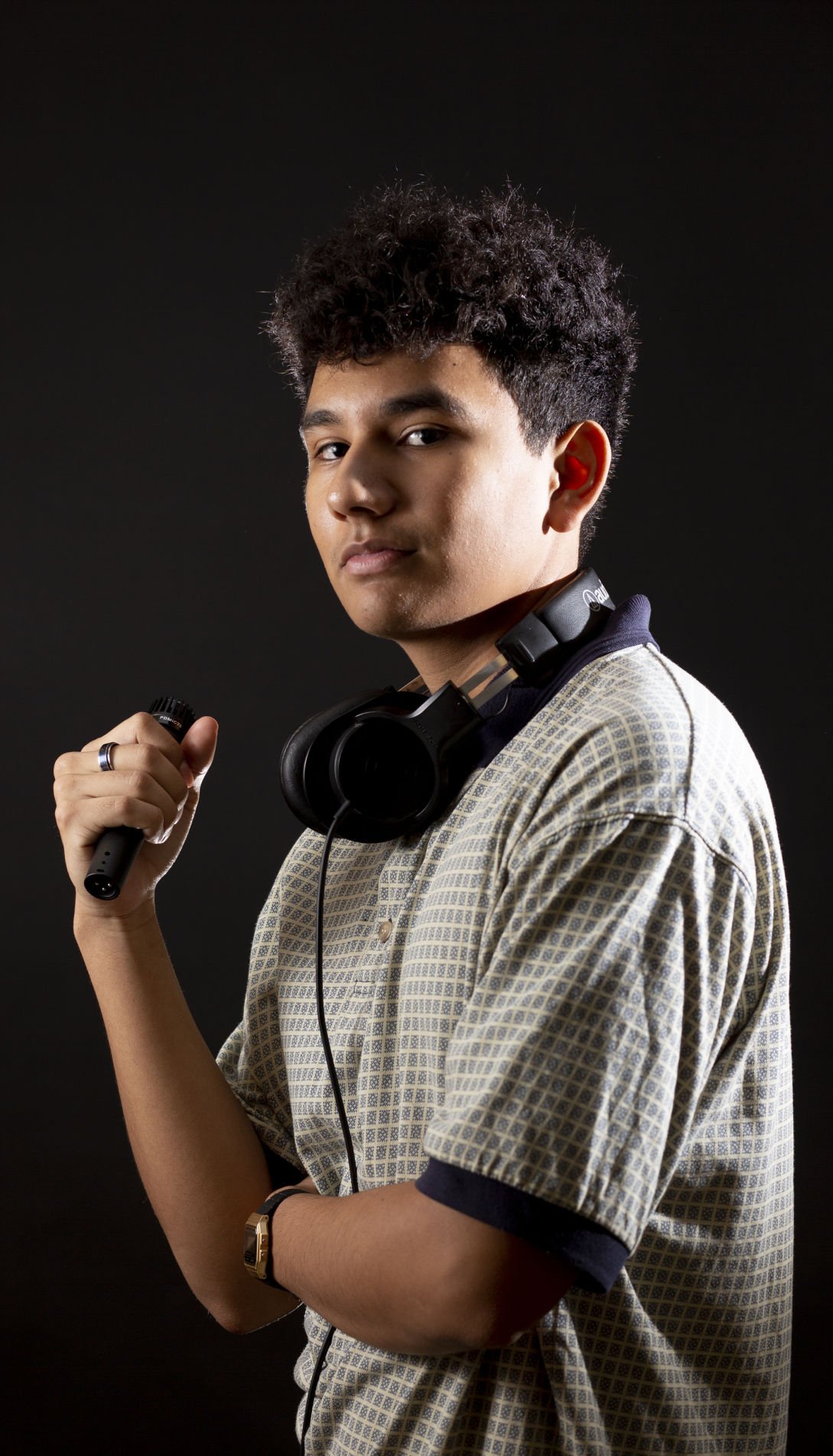 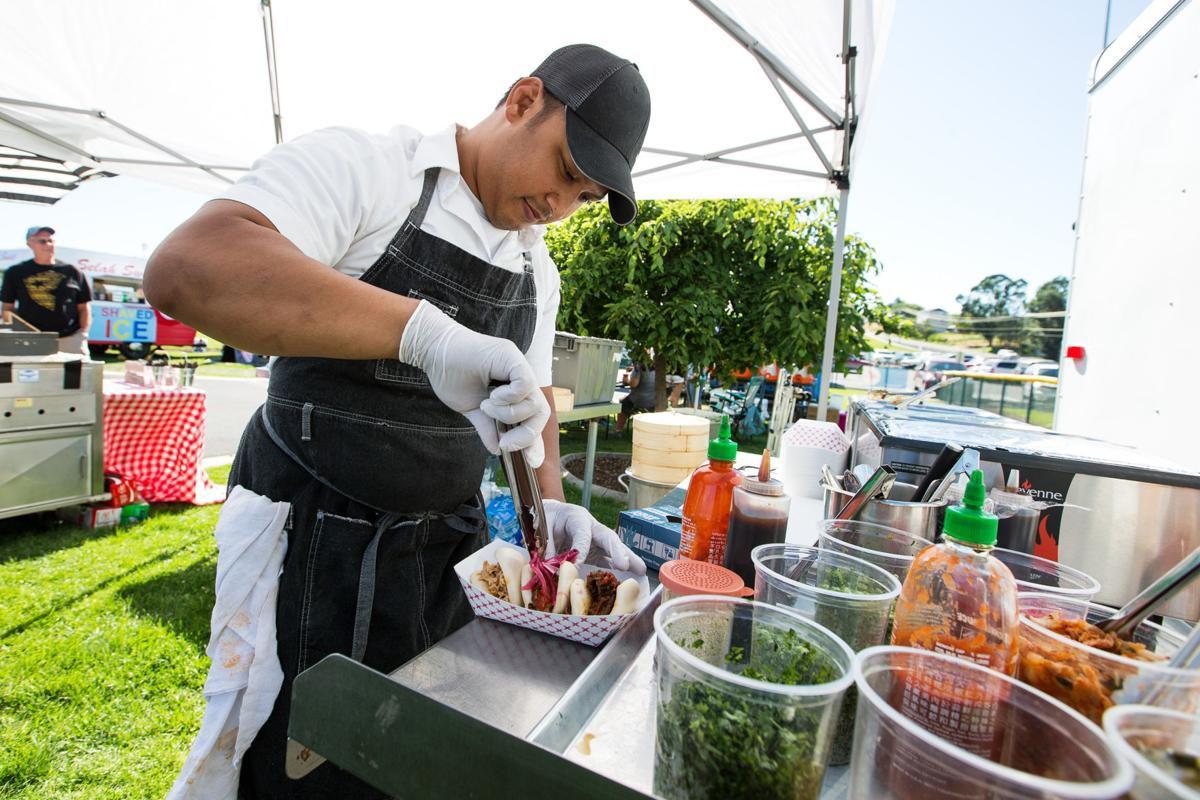 Dan Koommoo, executive chef and co-owner of Crafted, prepares an order at vendor booth in Selah on July 4, 2016. 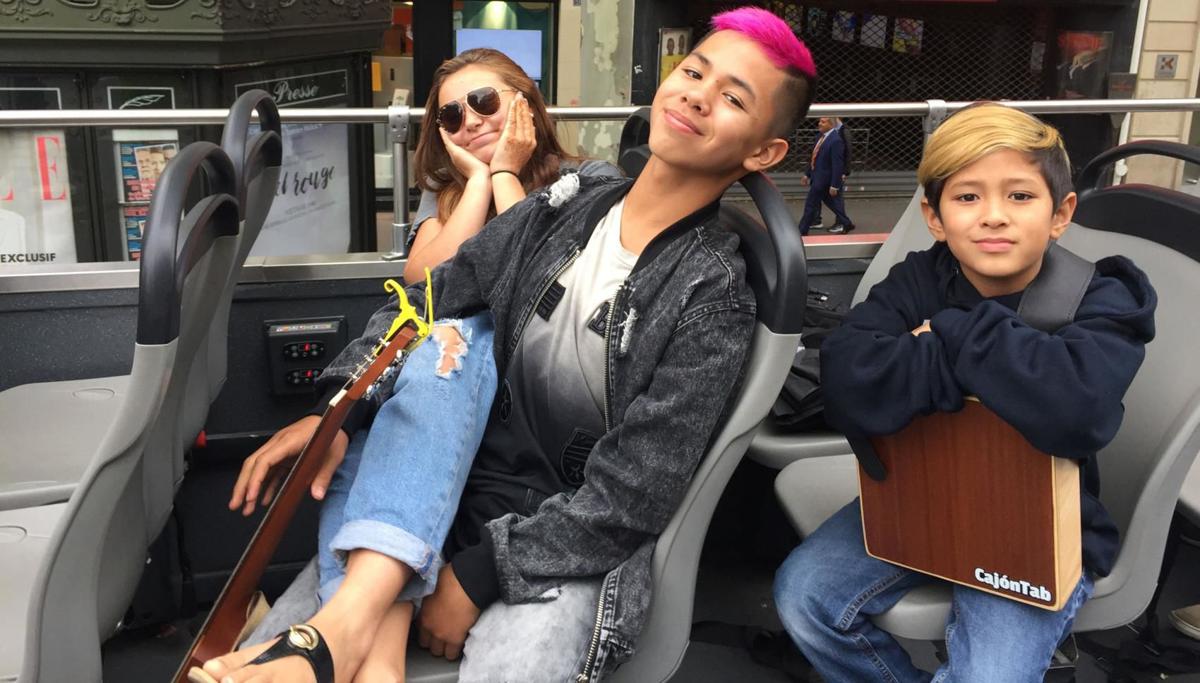 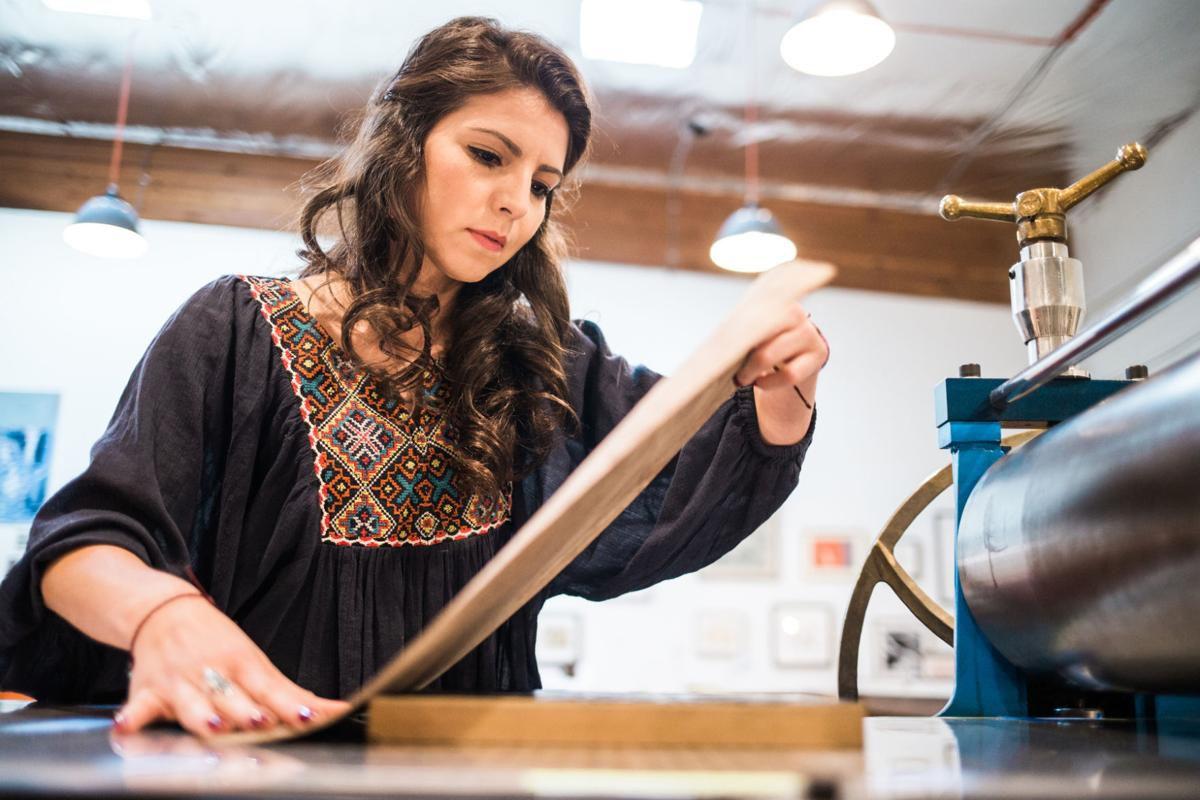 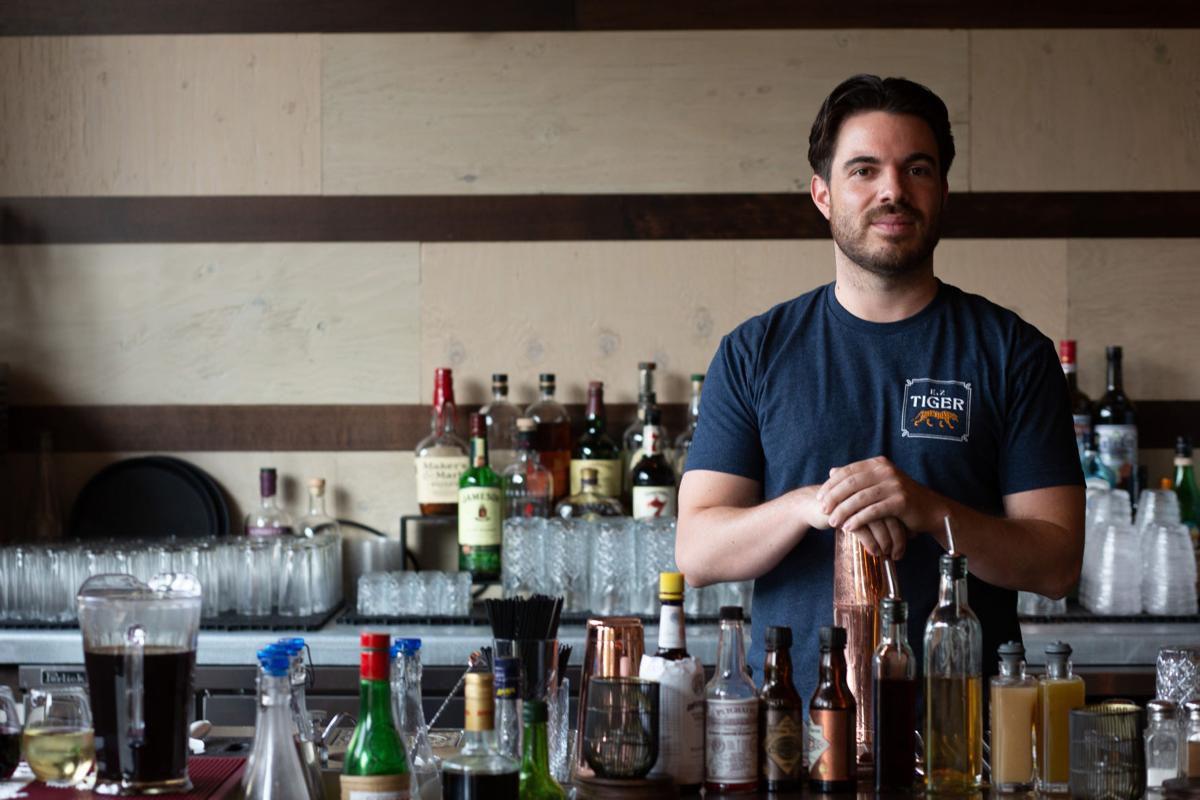 Buck Girard, a bartender at E.Z Tiger, poses for a portrait at the restaurant on Aug. 8. 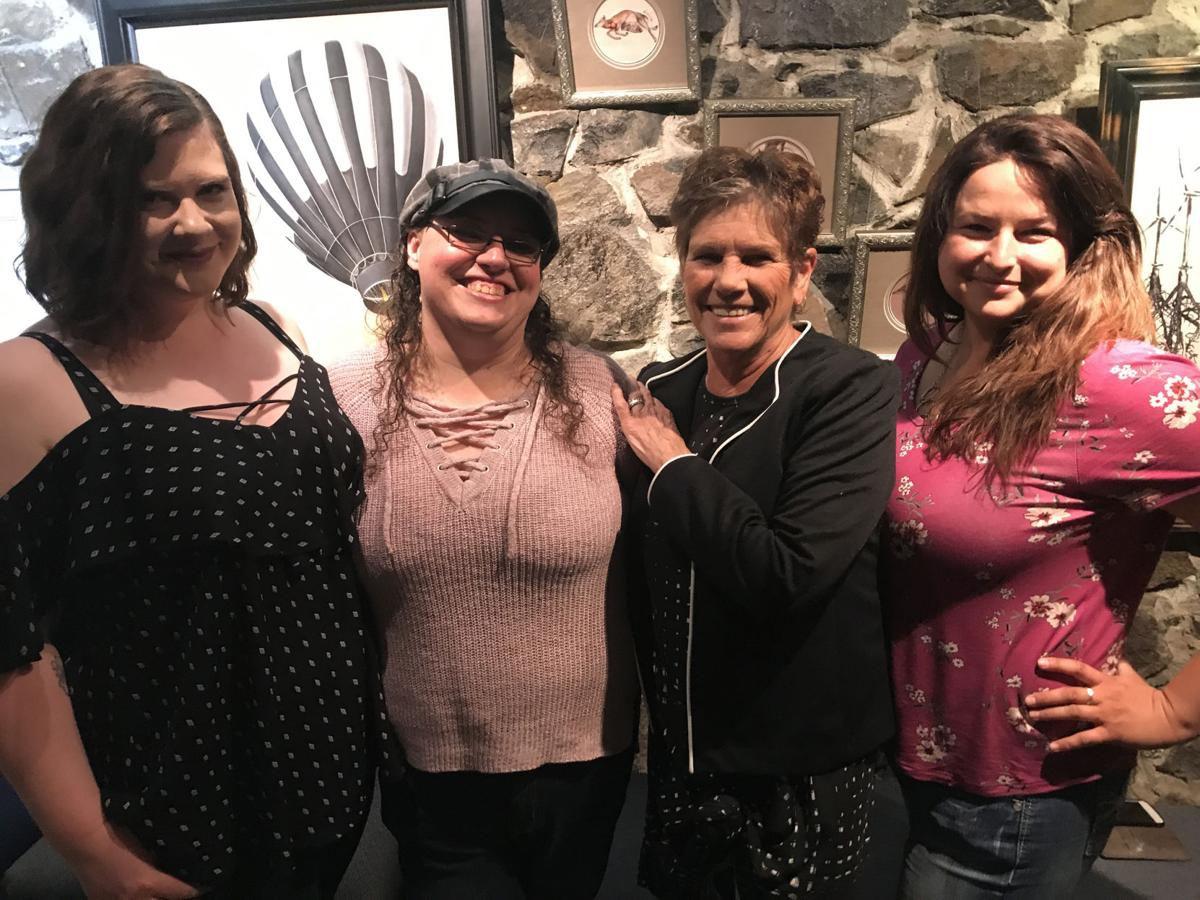 Dan Koommoo, executive chef and co-owner of Crafted, prepares an order at vendor booth in Selah on July 4, 2016.

Buck Girard, a bartender at E.Z Tiger, poses for a portrait at the restaurant on Aug. 8.

And they did. Planes on Paper released the outstanding album “Edge Markings.” LittleBull made a giant Sasquatch sculpture out of recycled plastic. Gonzalez finished his book of pop-culture illustrations and added video production to his repertoire. And that’s just a portion of what our artists to watch accomplished.

This year, we’re highlighting a new group. Some of them, such as Crafted chef Dan Koommoo and Gloom lead singer Tim Switzer, have high profiles locally already. Others, like bedroom hip-hop artist and producer Danny Rincon, have mostly been under the radar. All of them, though, have the potential for big things in 2019.

There are countless rappers posting their music to the streaming platform SoundCloud, and the vast majority of them are, well, terrible — so much so that the term “SoundCloud rapper” functions as a pejorative. We got lucky when we found nthnbttr (pronounced “nothin’ better”) amid all the detritus. Credit belongs to SCENE music columnist Kareem James, who teaches English at Davis High School. He had Danny Rincon in class, engaged with his music and wrote about him last May when Rincon was a high school senior.

Rincon has since graduated and continues creating under the nthnbttr name. His production walks the line between polished and lo-fi, his lyrics are frequently funny as they veer from braggadocio to self-deprecation, and his rapping is laid-back and melodic. He’s influenced by underground hip-hop heroes like Tyler the Creator, Earl Sweatshirt and MF Doom, but also by jazz musicians like saxophonist Wess Anderson and pianist Bill Evans.

All of that adds up to a sound that’s both accessible to hip-hop dilettantes and rewarding to connoisseurs. It helps that Rincon is so good with language. There’s imagery in his songs that, while cryptic and ambiguous, is also detailed and evocative. In other words, you won’t know exactly what a specific nthnbttr song means to him, but you will know what it means to you.

“Most of it is personal,” he said. “I try to keep my lyrics pretty vague, so it’s open for interpretation. But to me it has a specific meaning to it.”

He’s a quiet guy in general, the sort of person with easy charisma who doesn’t need to be loud. He was raised by his mother, having moved to the United States from Mexico when he was 1. And he doesn’t know much about his family, so he learned to thrive in isolation.

“It’s made me create an identity of my own as a person,” Rincon said. “I always make music by myself. It’s not loneliness, but isolation. When I make music, I just stay alone.”

That said, he’s ready to share his music with a wider audience. It’s available on SoundCloud already, of course, but Rincon plans to venture out of the bedroom this year and seek out opportunities for live performance. If you get a chance to see him, see him.

Switzer, who performed as a solo act for years before hooking up with Hunter Kellog, Garty Smith and Jon Noll to form Gloom last year, doesn’t hide anything in his lyrics. As the band’s lead singer and songwriter, he’s going for straightforward, raw, honest, emotional vulnerability. He writes about death, about anxiety and depression, about heartache and anguish. It’s heavy subject matter, but the music tends to be buoyant, making for a compelling dichotomy.

“Music is one of the spots where I can kind of grapple with the stuff that’s going on in my head,” Switzer said. “I’ve struggled with — pretty openly struggled with — depression and anxiety stuff for quite some time. And the band is a good outlet for that, because it’s not just me whining.”

His openness about mental health, not just in lyrics but in monologues from the stage urging fans to talk with him if they need help, has allowed Switzer to engage with Gloom’s audience in ways he otherwise wouldn’t have been able to. From his perspective, it’s catharsis. From the audience’s perspective, it’s a recognition that they’re not alone.

“In Eugene, this girl came up and said, ‘I cried during the set; I never felt like someone actually knew how I was feeling,’ and I said, ‘That’s exactly why I do this,’” Switzer said.

Getting out on the road and touring with Gloom over the past year has been revelatory. The band was shocked to see people they’d never met, people who’d never been to Yakima, singing along with their songs. But the Spotify stats don’t lie: The group gets more than 5,000 monthly listeners and its most popular songs on the streaming service have been played about 100,000 times. Those aren’t Rolling Stones numbers, but they do show that Gloom has an audience beyond just friends, family and the local scene.

Switzer still plays solo sometimes, too, under the name My Heroes are Human. He writes for both projects and doesn’t plan to stop either in 2019. Gloom should have its first full-length album ready for release sometime this year. And they should be back out on tour as members’ schedules permit.

Kristen Michael’s paintings, which examine nature and humankind’s relationship to it, tend to be disquieting. They’re intricately detailed, like illustrations from Audubon books, but there’s always something a little off. There are traces of humanity polluting natural environments, or there are mushrooms growing from the body of an animal. It’s the sort of work that means something different depending on the audience.

That’s intentional, Michael said. Her intent when she’s painting isn’t to directly explain something — even if the idea behind a particular work is specific — because that would limit people’s ability to find their own meaning.

“I try to push the viewer, as far as the title that goes along with the piece,” she said. “But I don’t want to give too much information as to why I created it for myself. I want a viewer to take their own interpretation of it.”

Michael cited a piece that draws on the Icarus myth, with moths burning from flying too high.

“It’s varying degrees, as the piece goes up to the sky, as to how they catch on fire and what degree they are on fire,” she said. “So that could be about addiction, as far as substances or relationships or anything that a person could be addicted to. So I don’t want to restrict how the viewer could interpret that and apply it to their life.”

A Central Washington University 2009 art school grad, Michael has shown her work locally several times over the past few years, and she’s steadily gained fans. She has several pieces in the works and is already set to have a September show at Gallery One in Ellensburg.

Don’t call Buck Girard a mixologist; he has no use for the term. Call him a bartender.

Girard, who you can find behind the bar at either Cowiche Canyon Kitchen and Icehouse Bar or its sister restaurant E.Z Tiger, takes drinks seriously. But he doesn’t take himself that seriously, and “mixologist” just seems like putting on airs.

That said, he’s not just the guy pouring shots and beers. Girard has invented drinks like the Doug Funny (gin, lemon juice, beet-apple-carrot juice and honey-ginger syrup) and he’s been making his own shrubs and syrups for years. As he’s proven himself over the past couple of years, he’s been given more leeway to experiment. And this year, he’s planning to focus on seasonal cocktails at E.Z Tiger.

“I’m trying to find the right term for it, because I don’t want to say ‘cocktail of the week’ or ‘of the month,’ because I’m going to do a couple of them,” Girard said. “But I’m going to use fresh ingredients and when those run out, I’ll make another one.”

Girard got into bartending while studying at Washington State University, where he switched majors just about every semester before running out of scholarship money. After dropping out, he spent a year and a half tending bar in Florida, then came home to the Yakima Valley.

He didn’t start thinking about drinks as a career (as opposed to just a job) until recently. Now he’s working on creating enough originals to have a drink portfolio to help him advance that career. Girard follows bars and bartenders on social media, reads about drinks, and ponders the ways in which he can alter established formulas to make them into something new and different. He was bemused when first contacted for this story.

The way Girard does it, yeah. Yeah we are.

And three more to watch, in brief

The man behind the ever-changing menu at Crafted, the downtown Yakima restaurant he co-owns with his wife, Mollie, Dan Koommoo is doing things with food that no one else in Yakima is doing. His dishes are ambitious and exciting without sacrificing the core simplicity of his fresh-ingredients-make-good-meals philosophy.

Printmaker and art teacher Christie Tirado explores questions of cultural identity in her colorful work. She takes symbols of cultural identity — Loteria cards, for instance, or La Catrina — and personalizes them as a Mexican-American woman living in the Northwest. The results are frequently beautiful and rich with meaning.

Jayleigh Ann Butler is the face of Jayleigh Ann and The Lost Boys, one of the most frequently booked bands in the Yakima Valley. But guitarist Isaac Gambito is the band’s driving force. A veteran gigging musician barely in high school, he’s comfortable on stage and has a contagious charisma that buoys the band.