You are the owner of this article.
Edit Article Add New Article
You have permission to edit this article.
Edit
Home
News
COVID-19
Wildfires
Sports
Photos & Video
SCENE
Obituaries
Classifieds
Opinion
The Vanished
1 of 10 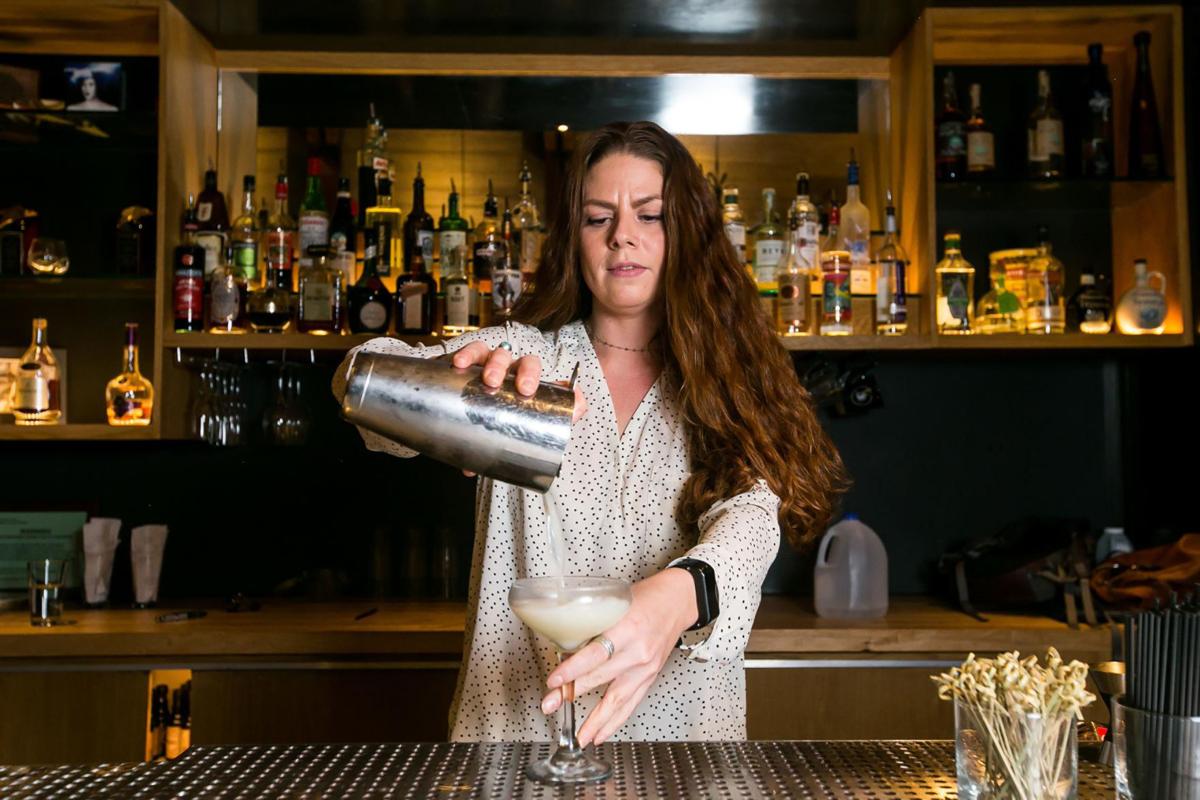 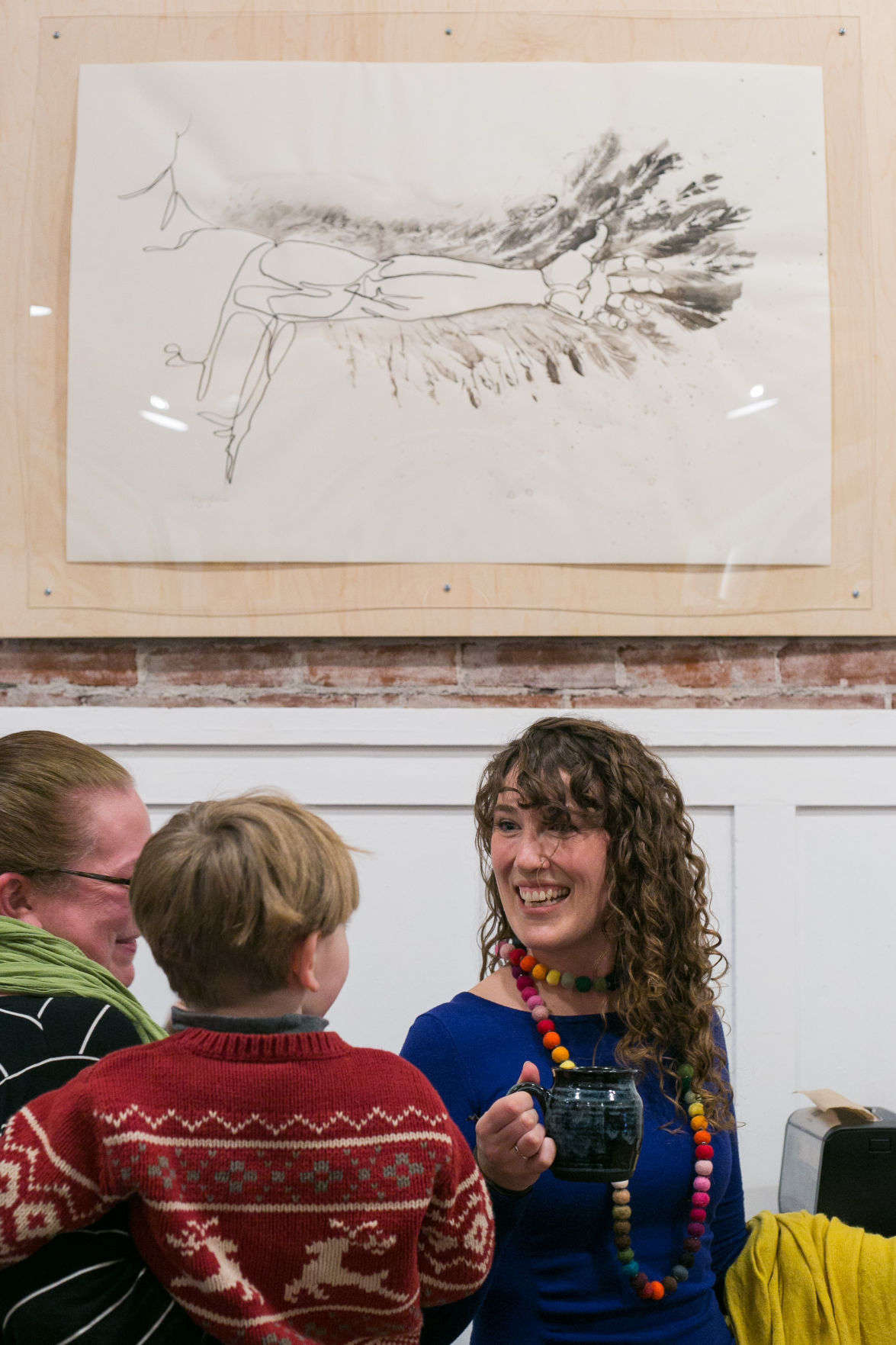 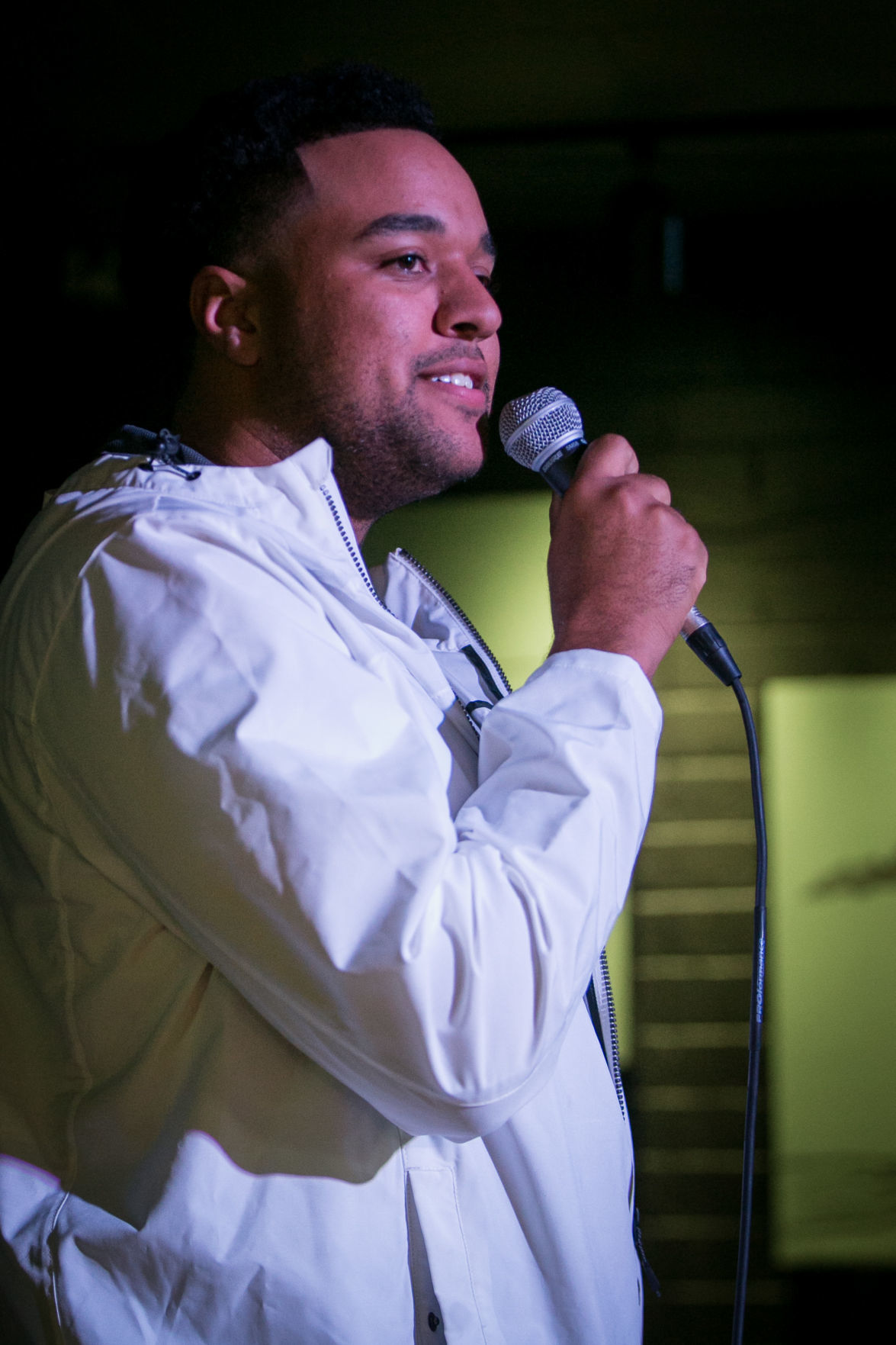 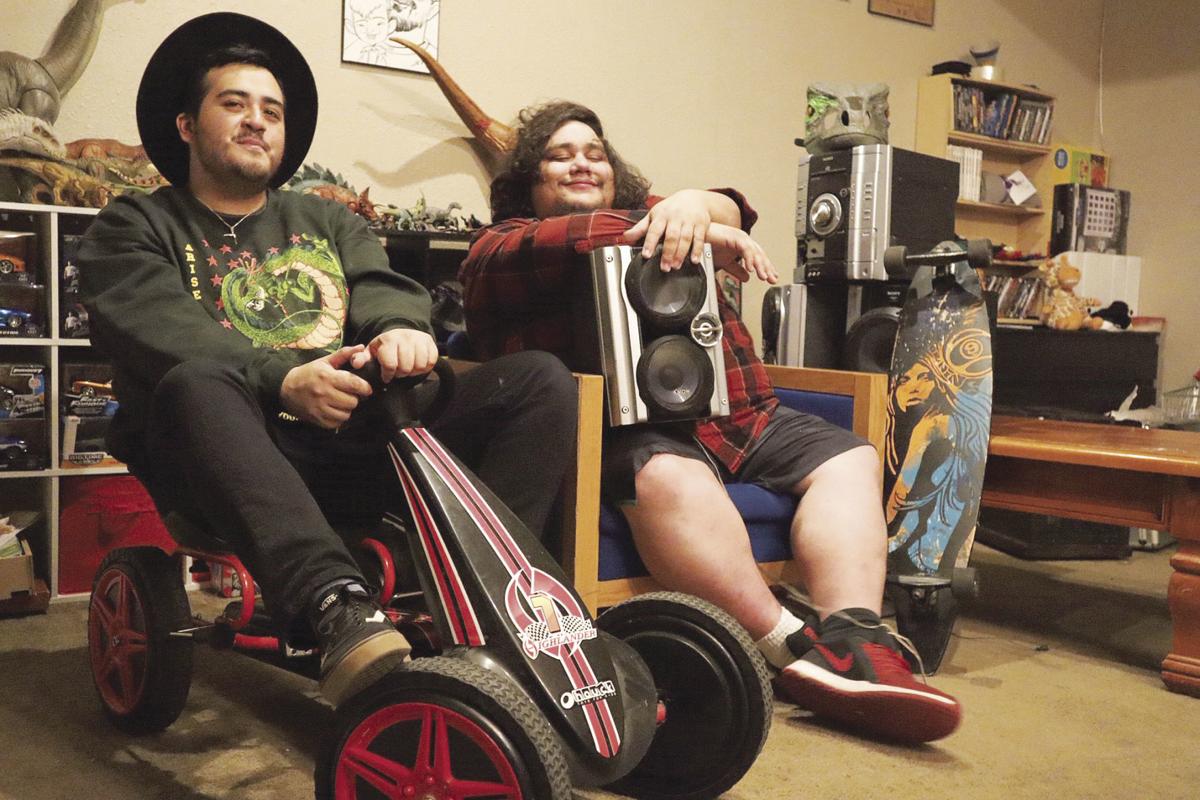 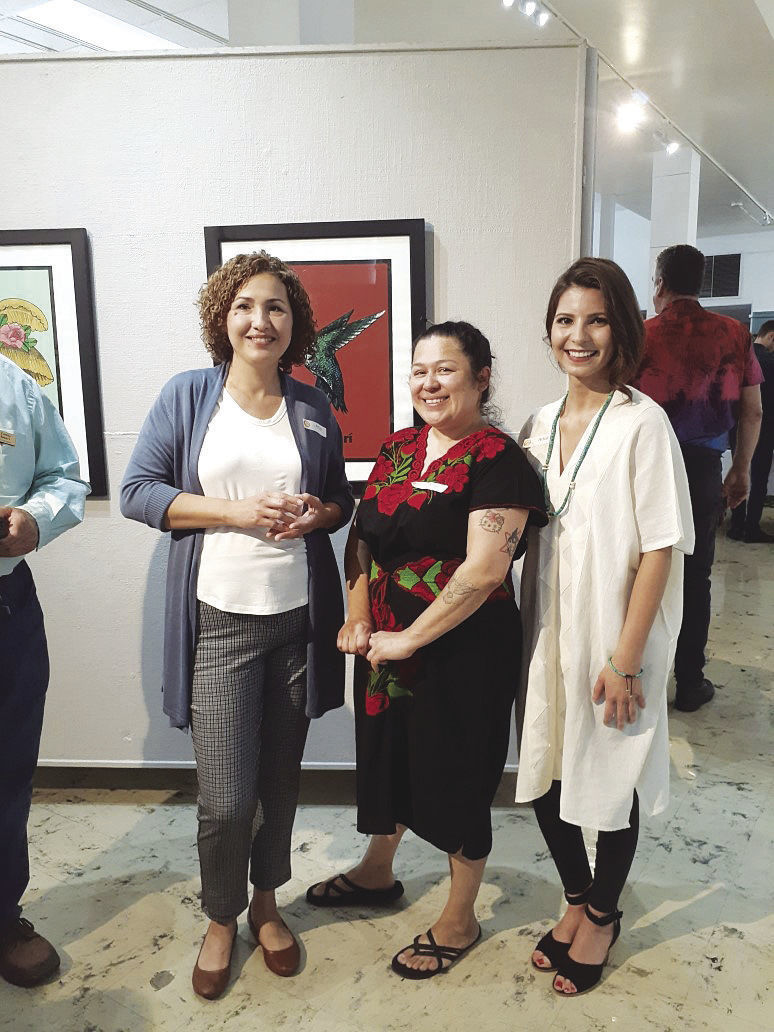 Elizabeth Montes de Oca, left, with Amanda Ontiveros and Christie Tirado at the opening of their Larson Gallery show "A Sense of Place." 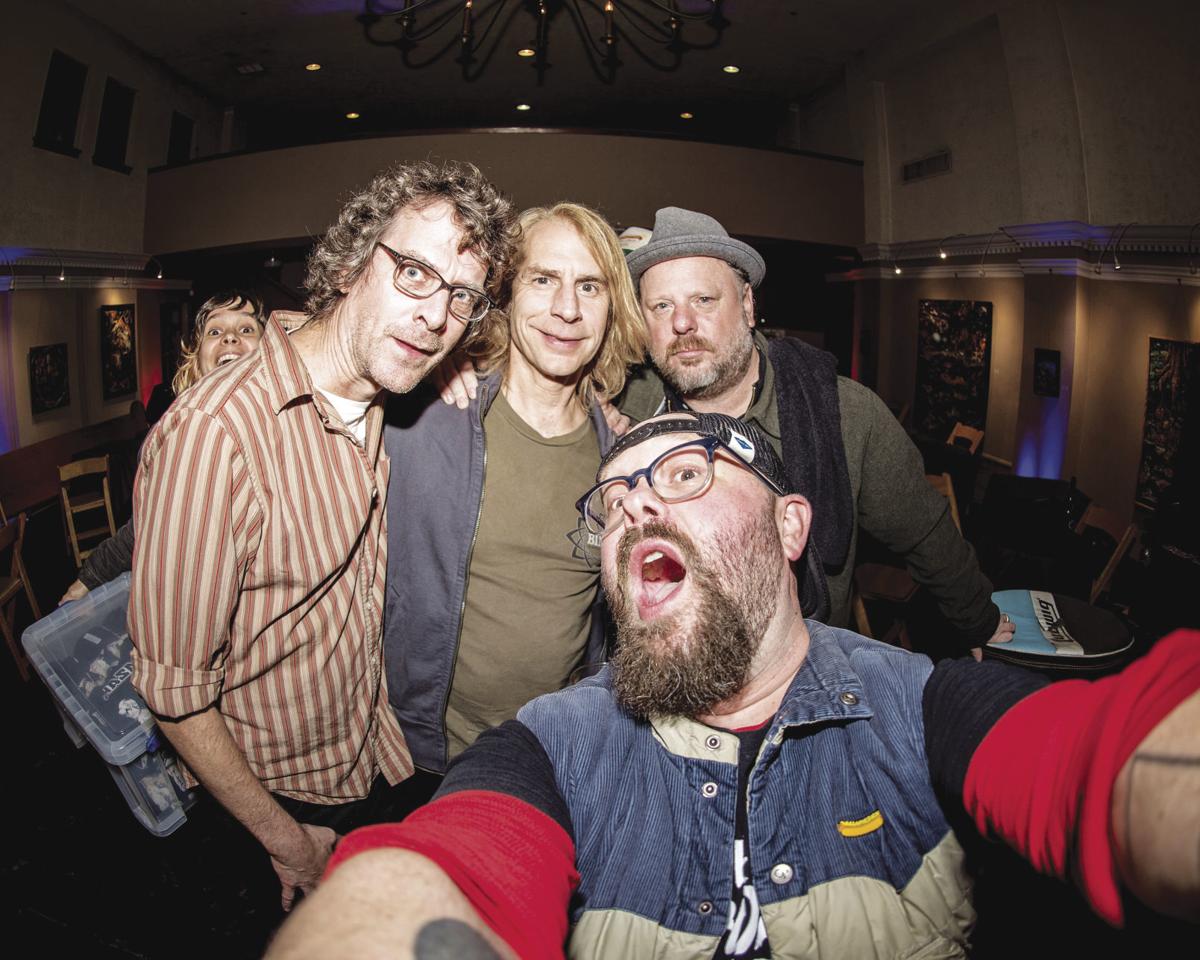 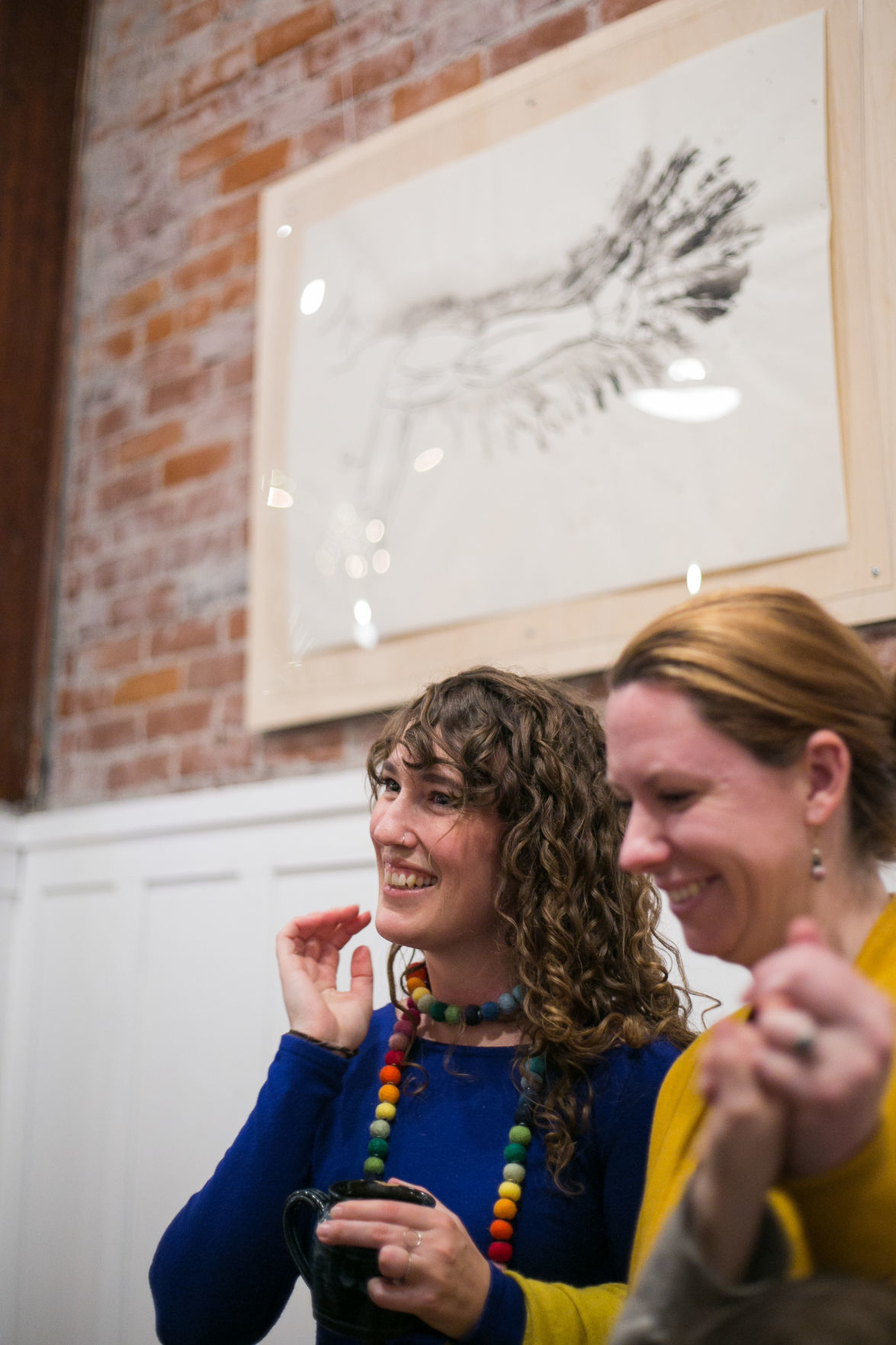 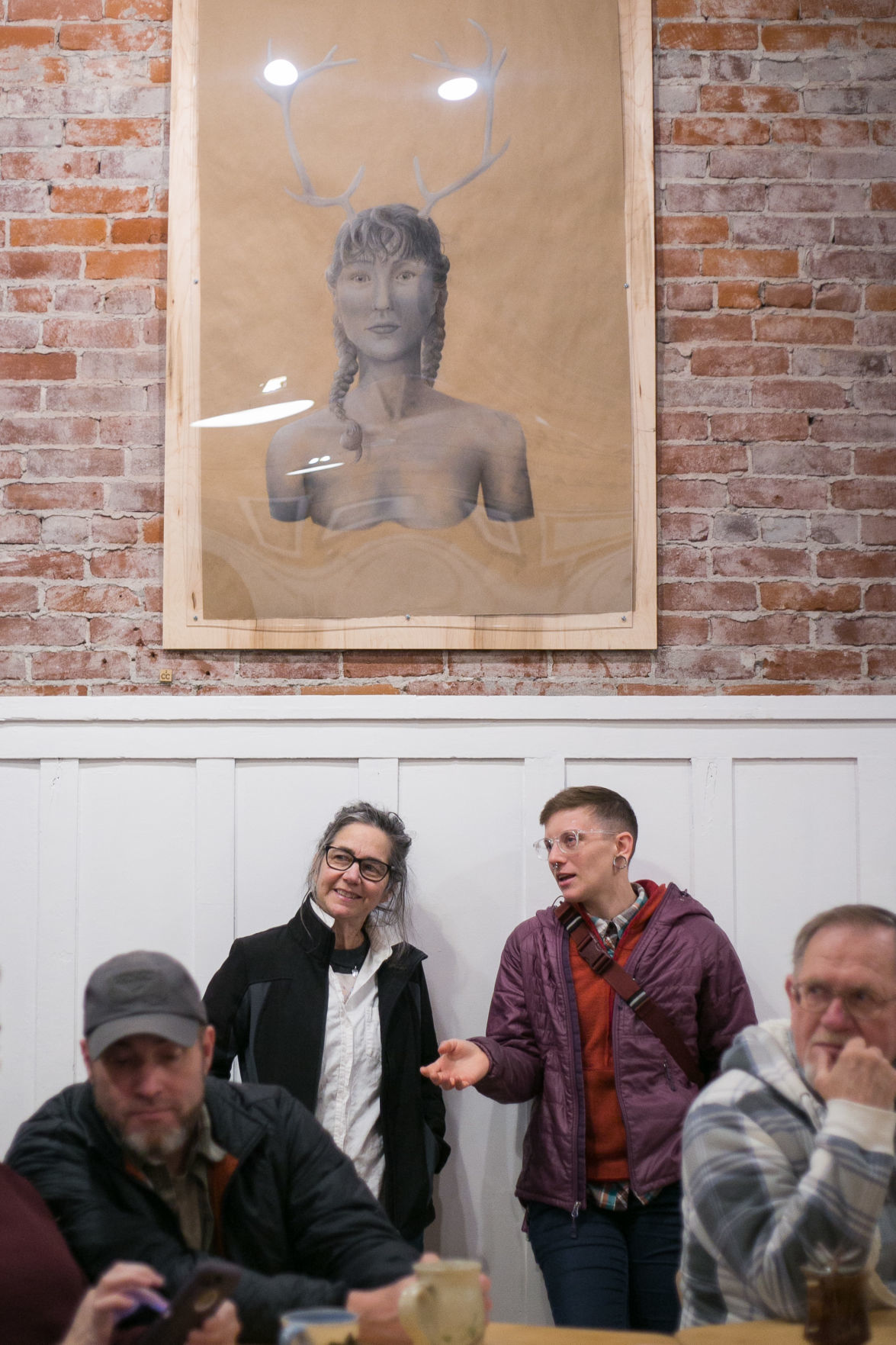 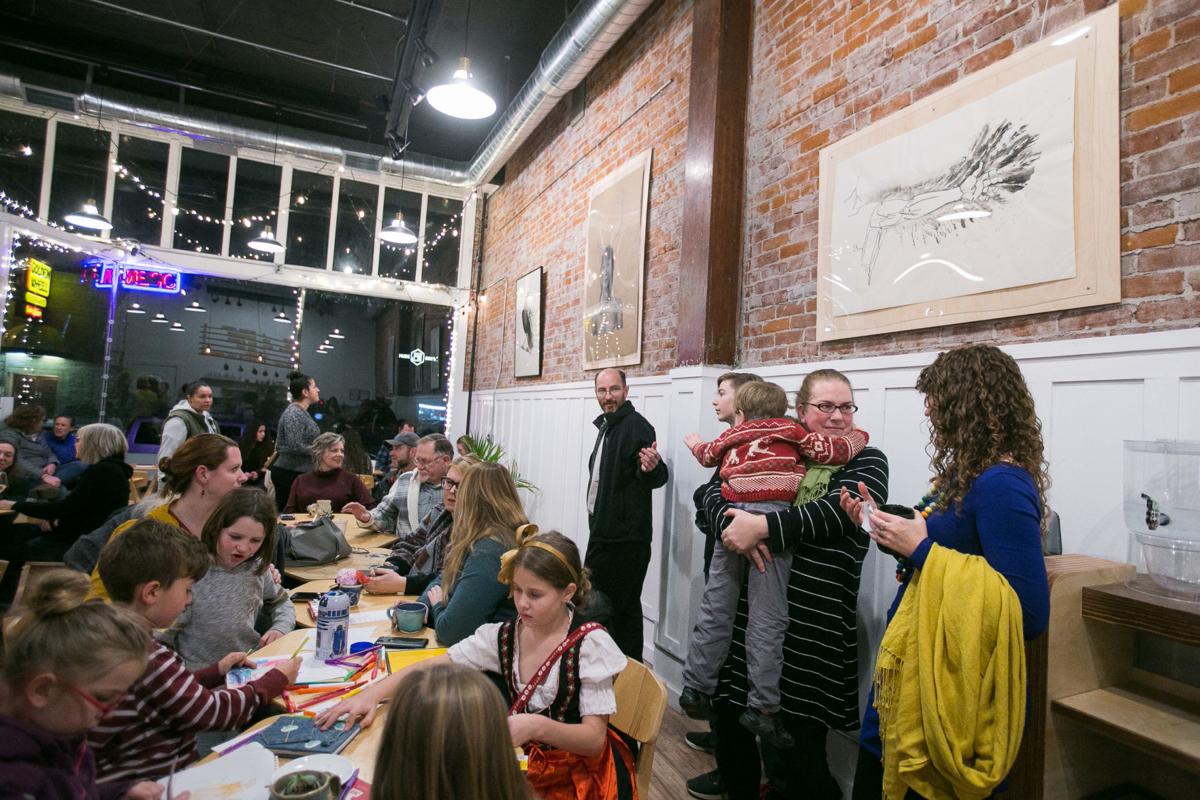 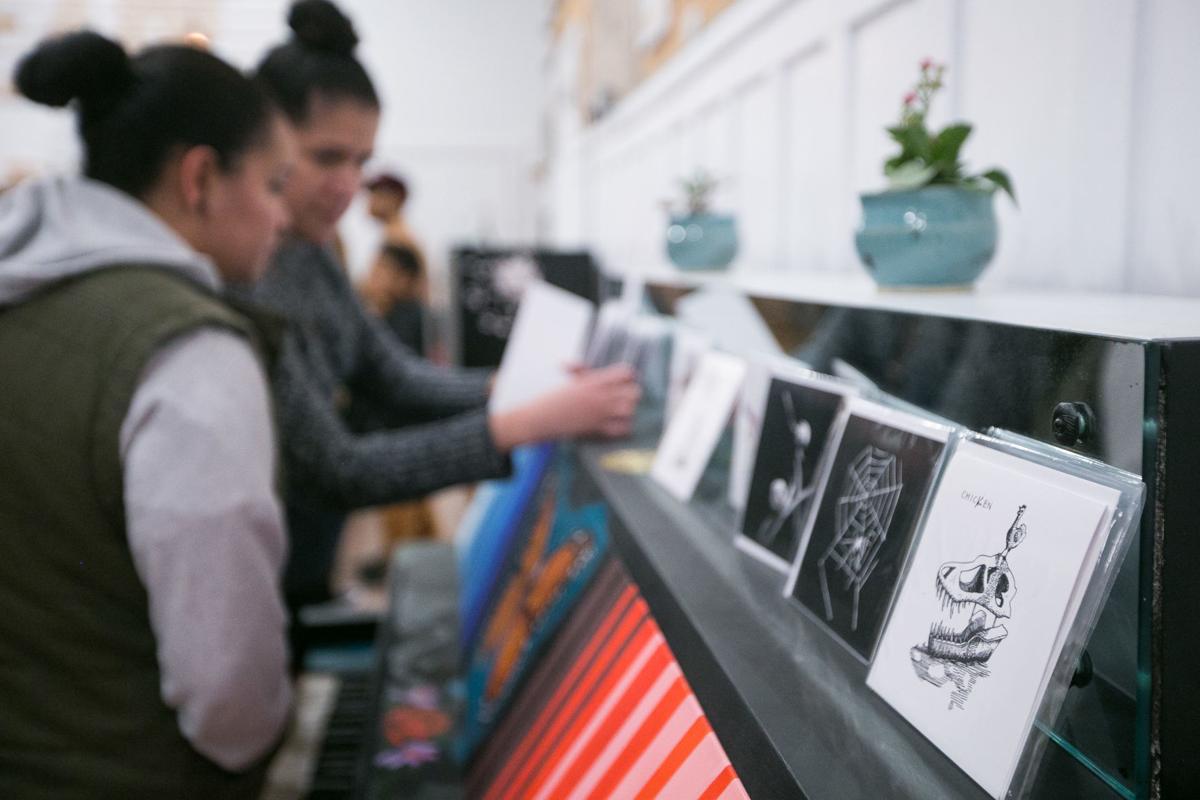 Elizabeth Montes de Oca, left, with Amanda Ontiveros and Christie Tirado at the opening of their Larson Gallery show "A Sense of Place."

This is SCENE’s third annual “artists to watch” issue, and our track record thus far has been pretty strong.

Last year’s artists did, indeed, merit watching as 2019 progressed. Rapper and producer Danny Rincon got out of his bedroom studio and performed in front of crowds, while continuing to drop new work all the time. Painter Kristen Michael landed a spot on the Larson Gallery’s Tour of Artists’ Homes and Studios and participated in group shows at the Larson and Ellensburg’s Gallery One. Chef Dan Koommoo has further distanced himself from the field as the most creative and best purveyor of local-ingredient-driven meals in Yakima. Musician Isaac Gambito and his band Jayleigh Ann & The Lost Boys have become Yakima’s best band.

I expect similar success from this year’s artists. It’s a diverse group — a music photographer, two visual artists, a singer-guitarist, a comedian and a bartender — but the through-line is excellence. Each of these artists has already accomplished a lot and is poised to accomplish more in 2020.

There’s something about Zoglman’s ink drawings, which are almost exclusively black and white, that hints at, if not existential truths, then at least existential questions. They frequently explore humanity’s relationship to nature, positing time and again that any boundary between the two is artificial. We are nature. It is us.

That notion, expressed with a technical proficiency that belies Zoglman’s relative lack of formal art training (she was an anthropology major), doesn’t mean people are free to live amorally. Or that’s not what she’s trying to say, anyway. It’s more about seeing humanity as part of a greater whole, with a role to play.

“If we can see ourselves as being completely rooted in nature and the world, which I think fundamentally we are, it allows you to accept all of yourself, all your parts and flaws and weaknesses,” she said. “The way you wouldn’t judge a tree for the way it grows, to twist into the sunlight, you can accept who you are and the way you’re growing — which doesn’t absolve you of the responsibility to try to improve yourself and improve your world. On the contrary, I think it gives you a place to start.”

She started the year with a solo exhibition, “Polaris,” at Collaboration Coffee. (It’s still on the walls there. You should go see it.) Her contribution to the community “Painted Piano” public-art exhibit is viewable at Single Hill Brewing Co. And she’s working on a mural for WildJay owner Jadira Amaya. Zoglman said she’d like to do more work like that — art that lives outside a gallery, art that can reach people by surprise.

“I would like art to just crop up in people’s lives,” she said.

Jones was the best talent to emerge from Yakima’s suddenly re-energized standup comedy scene in 2019. In fact, with apologies to the five or six other local standups I really like, he was the main reason it got re-

energized in the first place.

Comedy isn’t just a once-a-week open mic to Jones; it’s what he does. It’s what he wants to do with the rest of his life. He dabbled as a teenager in Yakima and began performing in earnest as a college student in Portland, and it became addictive. But the thing about Jones, as opposed to the stereotype of the hard-working, hard-living standup, is that he doesn’t ooze cynicism or darkness.

His awkwardness, which is genuine, stems from a feeling of being misunderstood while growing up. He channeled that (and hours of studying comics like Mitch Hedberg and Jim Gaffigan) into an act that starts out “aw shucks” but gets surprisingly sharp as the punchlines start to emerge. Jones works clean, but that doesn’t mean his material is saccharine or without confrontation. He has an eye for absurdity that actually might make you reconsider the way you see things.

He’s got a six-date tour starting Monday in Portland that will also take him through Seattle and Southern California. He’s also working on establishing “Parker Jones Live Presents,” a monthly showcase that’ll bring in top Northwest comics. And, when he’s in town, you can usually catch him at one of the local open mics. Just don’t be surprised when he surprises you.

If you’ve tried the Tiki Tiger, the standout cocktail at E.Z Tiger, you know Durham is an artist. That creation of hers, which features a smoky Japanese whiskey as its base, looks insane on paper. (“A tropical whiskey drink? Come on.”) But it comes together harmoniously in the glass, because she spent some time making sure to get it right.

That kind of tinkering and playing around is the compelling thing about bartending, Durham said. An obsessive hobbyist at her core, Durham has been the driving force behind many of the made-from-scratch elements of the E.Z Tiger bar program, the best in Yakima County. The house-made kombucha was her idea, for instance. And the house Mai-Tai, a favorite since the bar opened, owes its richness to her house-made orgeat (which to be fair she got an assist with from Crafted bartender Jeff Lowe).

“I love cooking, and I love flavors,” she said. “I want to take something you think you don’t like, like if you don’t like scotch, that’s kind of where my inspiration comes from. I want to put flavors together you typically wouldn’t like together and make you like them.”

That ethos came from Vincenzo Marianella, the famed Los Angeles bartender who consulted on the bar menus at E.Z Tiger and its sister restaurant, Cowiche Canyon Kitchen.

“It’s just about magic,” Durham said. “You want to awe someone.”

Montes de Oca hadn’t made art for decades when she decided to sign up for classes at Yakima Valley College in 2016. She had drawn a little bit as a seventh-grader in her native Mexico, but it was technical drawing. After that, she grew up and moved to the United States with her husband. That was 1993. She was in her early 20s, working in a taco truck with her family.

She did that for more than two decades. Then, with her two oldest daughters grown, and her youngest, Kayla, in school, Montes de Oca decided to try art again. The entire artistic community in Yakima is richer for that decision. Montes de Oca’s work stood out immediately.

She started making prints at Goathead Press, part of the Mighty Tieton arts community, and at the urging of Goathead honcho Karen Quint she submitted some work for a Larson Gallery show. The gallery ended up using it on the flyer for the exhibit. She began showing more and more work, winning a prize at the Yakima Valley College student show and placing work in other shows there as well as in Ellensburg’s Gallery One.

These days she mostly paints. Her trio show, “A Sense of Place,” with Christie Tirado and Amanda Ontiveros, was among the most highly regarded of 2019. One of her pieces in that show, “Survival,” stood out for its depiction of a flowering plant growing from a rocky crevice in the Cowiche Canyon. That piece, with its depiction of a flower emerging from somewhere hard and severe, could be the story of her art, she said.

“There are always hard times,” Montes de Oca said. “You try to get ahead with these things, struggling to do things.”

There are only a few Atlas Radio songs available online, but they’re all good. That’s why the Harrah band’s fans are always asking the band to record and release something.

When you talk to singer-guitarist Daniel Kishwalk about that, he’s likely to be self-

effacing. But the more the band, which started in 2013, gets out there in front of audiences, the more it’s evident that they’re among the area’s best. They’ve been all over the place stylistically, from metal to hardcore to garage rock to ambient soundscapes.

But a lot of it is also almost catchy. And that’s intentional. Atlas Radio has made a conscious move toward poppier vocals over the past year, even as the music has maintained its edge.

“We really want the singing to not be a bunch of screams,” Kishwalk said. “There’s a million bands that sound like that.”

But there aren’t many that sound like Atlas Radio. Hopefully Kishwalk maintains his vow to record and release some music in the next couple of months. That way people can actually hear it.

But it wasn’t until about 2011 that he put those two interests together and started taking a camera with him to shows around Portland. It became his entry into the scene. He shot promo stuff for bands and venues, and he did some freelance work for blogs and the odd print publication.

Over the intervening years he developed a distinctive style. A Walberg rock photo tends to be wide, with as much in the frame as he can fit. And it tends to contain drama, either through the reaction of fans or the screwed-down grimace on the face of a singer or guitarist.

“You want it to kind of tell a story,” Walberg said.

Having moved to Yakima in 2016 when his wife, Arissa, a doctor of psychology, took a job with Community Health of Central Washington, Walberg doesn’t have as many opportunities to shoot as he did in Portland. So he’s made some of his own, booking shows for Single Hill Brewing, where he took a job as a photographer and beertender.

“There’s a lot of potential here right now,” he said.

He hasn’t exhibited his work, but you can find it at his Instagram or on the cover of Portland bands’ albums or being used to illustrate online publications.