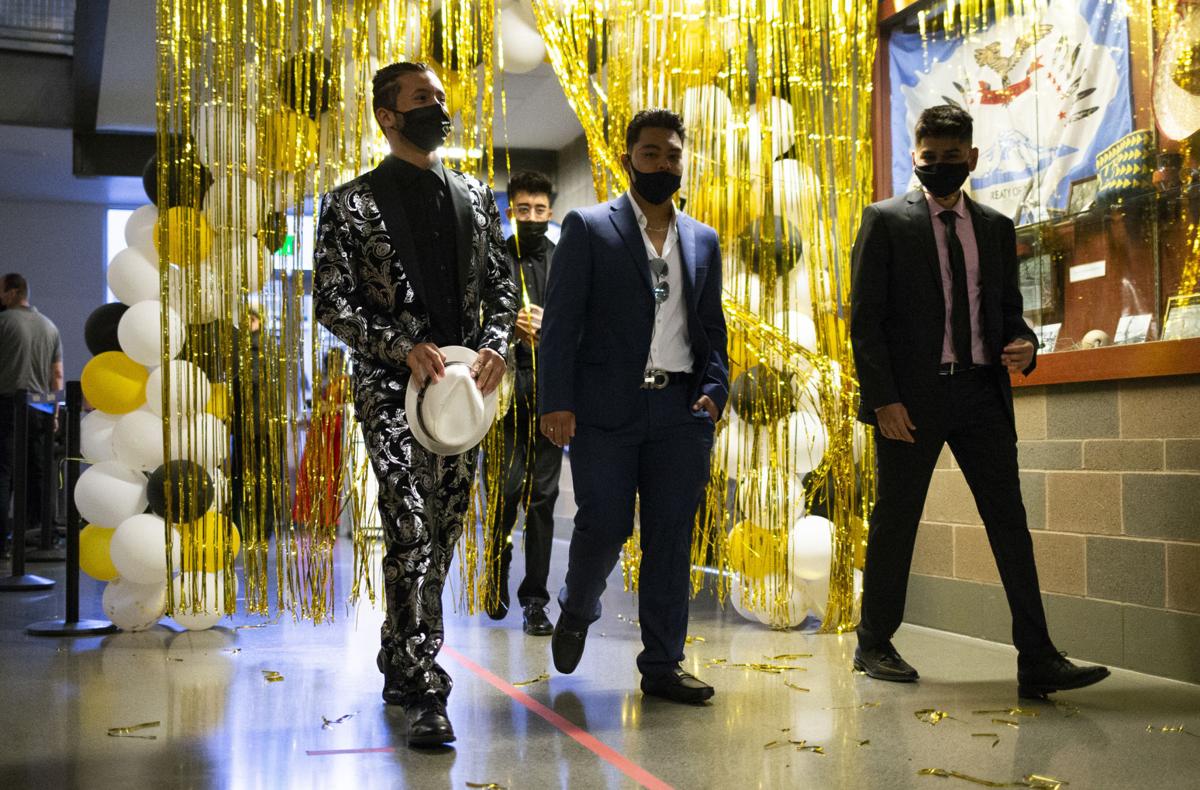 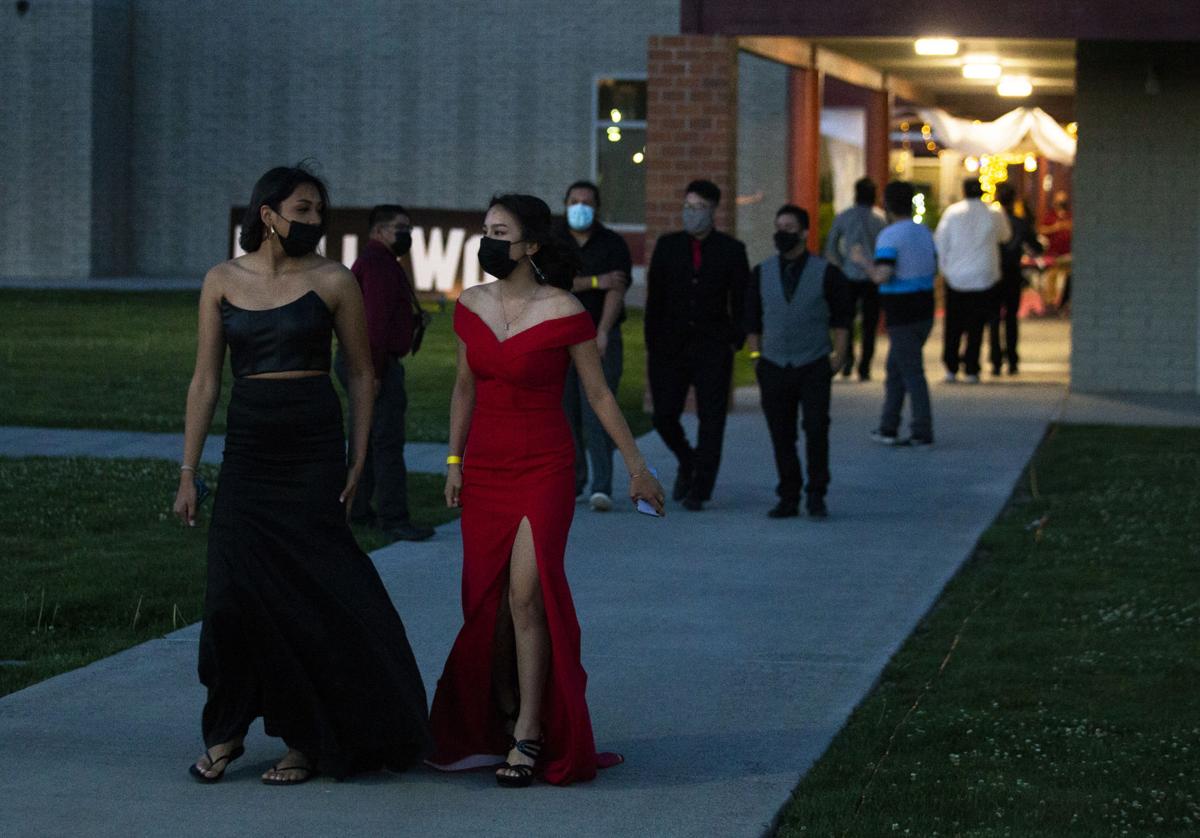 Toppenish High School students walk toward the food trucks parked in front of their school during prom Friday, May 14, 2021 in Toppenish, Wash. 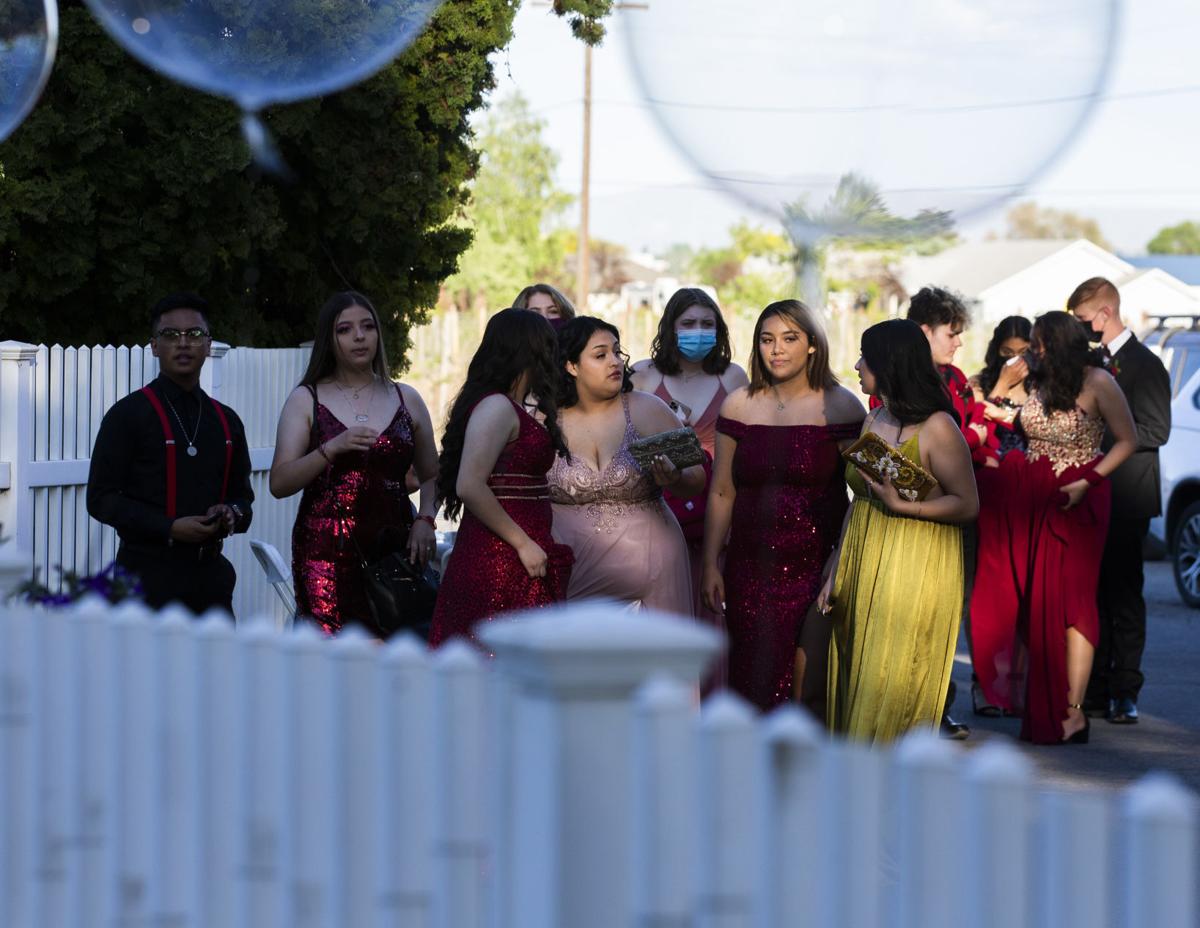 Davis High School students arrive to their prom Friday, May 14, 2021 in Yakima, Wash. 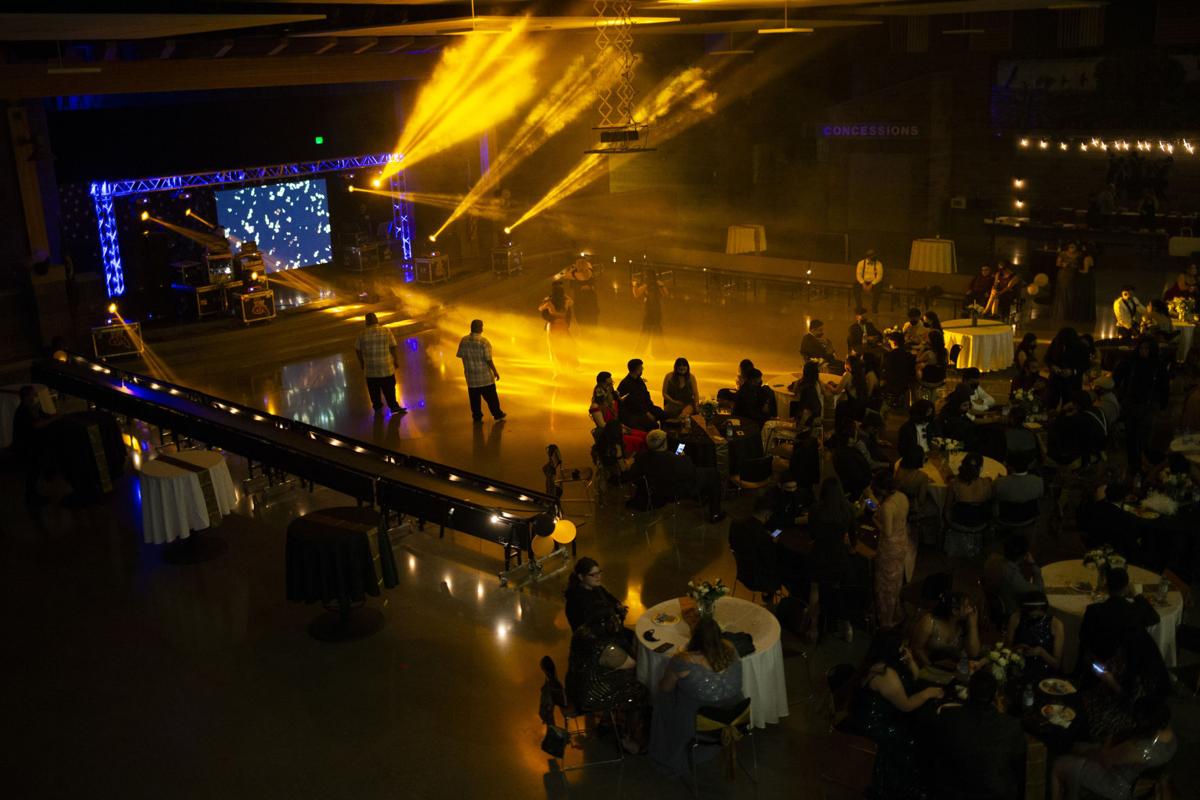 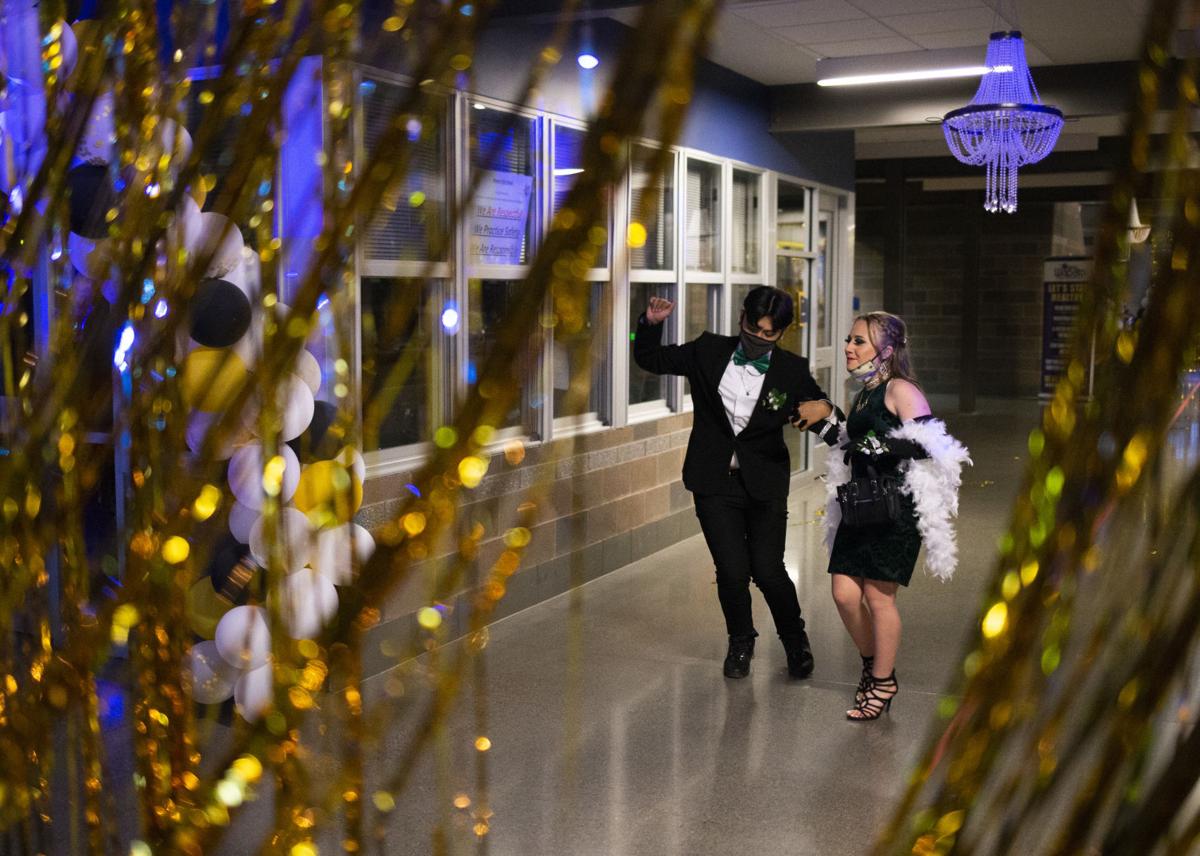 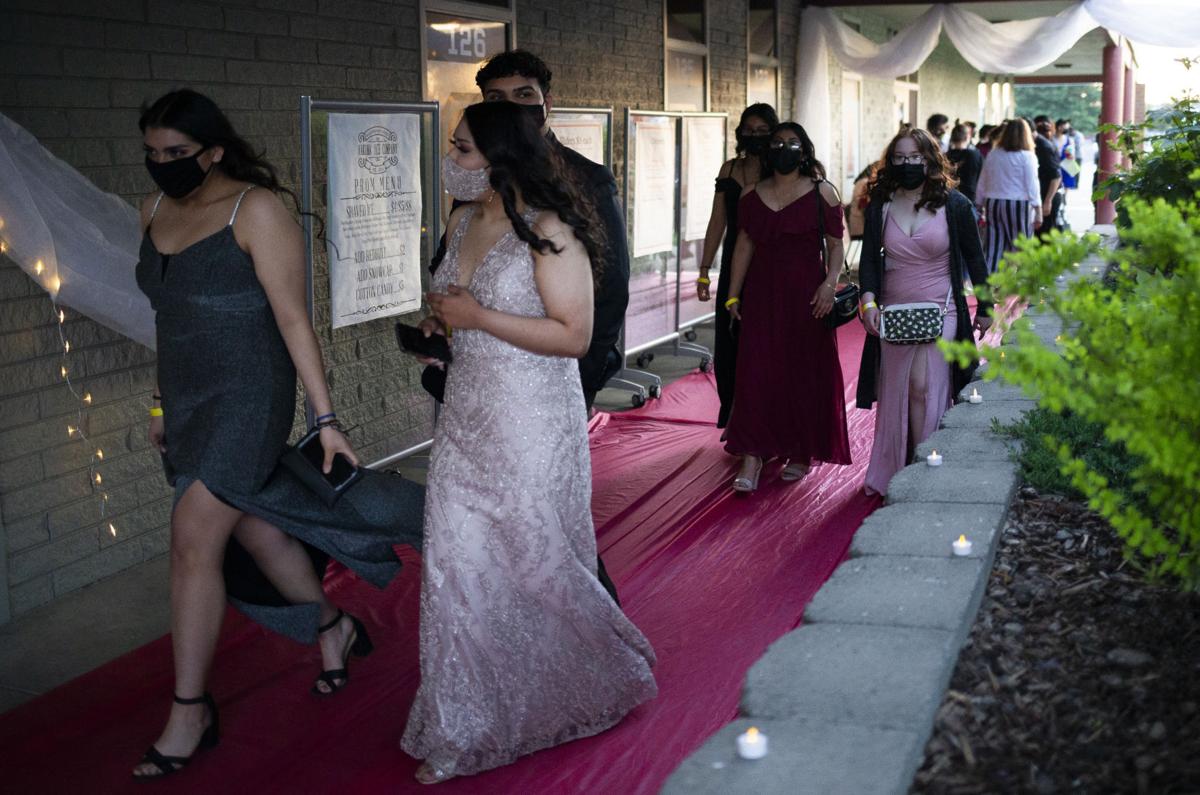 Toppenish High School students arrive to their prom Friday, May 14, 2021 in Toppenish, Wash.

Toppenish High School students walk toward the food trucks parked in front of their school during prom Friday, May 14, 2021 in Toppenish, Wash.

Davis High School students arrive to their prom Friday, May 14, 2021 in Yakima, Wash.

Toppenish High School students arrive to their prom Friday, May 14, 2021 in Toppenish, Wash.

Of all of the signs that maybe, just maybe, things are getting back to normal after 15 months of life in a pandemic — fans in the stands at ballgames, the return of indoor dining, the new CDC guidance on masks — the one that really got me was something tiny: seeing high school kids in formal wear at the grocery store a couple of weeks ago.

Under normal circumstances, you see a lot of that this time of year. And after a quick double take, you remember, “Oh yeah, it’s prom season. Good for them.” Then you get that wistful, “Ah, to be young again” feeling. Then you pay for your loaf of bread or whatever and resume your evening. You don’t think about the existence of proms again until the next year when you have another such sighting.

The lack of such encounters last year didn’t even register; I didn’t think about kids missing prom, because I didn’t think about prom at all. So earlier this month when I saw some girl in a sequin dress and some boy with a boutonniere in the Safeway checkout line, it jolted me. It meant we are, indeed, waking up from our collective COVID nightmare. It meant that, as opposed to last year’s senior class, this year’s was going to have at least one of its normal rites of passage restored.

A lot of people lost a lot more than the high school prom over the past 15 months. But for the teenagers who had the sad distinction of graduating during the only year in decades without a prom, the loss was huge.

Its return is similarly significant. For those of us delighted and relieved to once again see prom kids at the store, it’s a symbol of light at the end of the tunnel. It’s hearing birds chirping outside after a long, quiet winter. But for the kids, the return of prom isn’t some abstract or symbolic thing. It’s a night they’ll remember forever, just as it has been for everyone else every year except 2020.

“It was awesome to be able to do something for our students that felt like normal again,” said Wapato High School principal David Blakney, who oversaw a Yakima Health District approved dance at the school on Saturday.

It wasn’t quite normal, of course. There were temperature checks at the door, no non-Wapato students or underclassmen were allowed as dates, and attendees had to keep masks on throughout. But the 175 or so juniors and seniors who showed up still got the prom experience, Blakney said.

“It was like all high school dances; the first hour no one was dancing,” he said, laughing. “But about an hour in, they started dancing and getting pictures taken with their dates. It really did feel like a normal high school dance.”

And, because it happened after COVID restrictions were eased, the students were able to dance pretty much as they normally would. Slow dances were limited, Blakney said, but dates didn’t have to dance six feet apart from each other.

Schools throughout the Yakima Valley have gone about prom in a variety of ways this year. Like Wapato, Toppenish had a school-sponsored dance on campus. But others have gotten more creative. West Valley and Davis, for instance, had off-site proms coordinated by parent groups. Eisenhower’s prom, which is set for Saturday, will be outdoors and will include dinner and photos but not dancing.

Whatever the particulars, I’m glad they’re back. And so are the students.

“They were wearing masks,” Blakney said. “But they all told me they were smiling.”