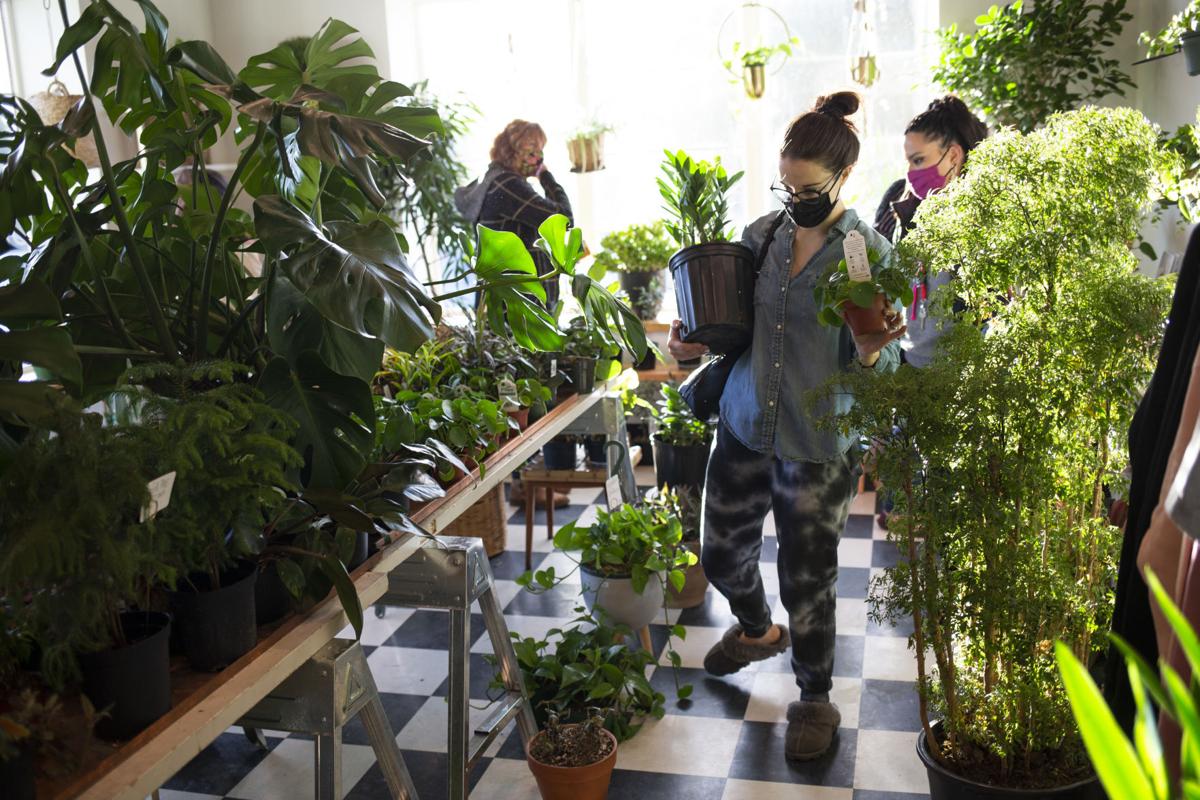 Amanda Schab carries a couple potted plants as she shops at The Planted Home on Friday, Feb. 26, 2021 in Yakima, Wash. 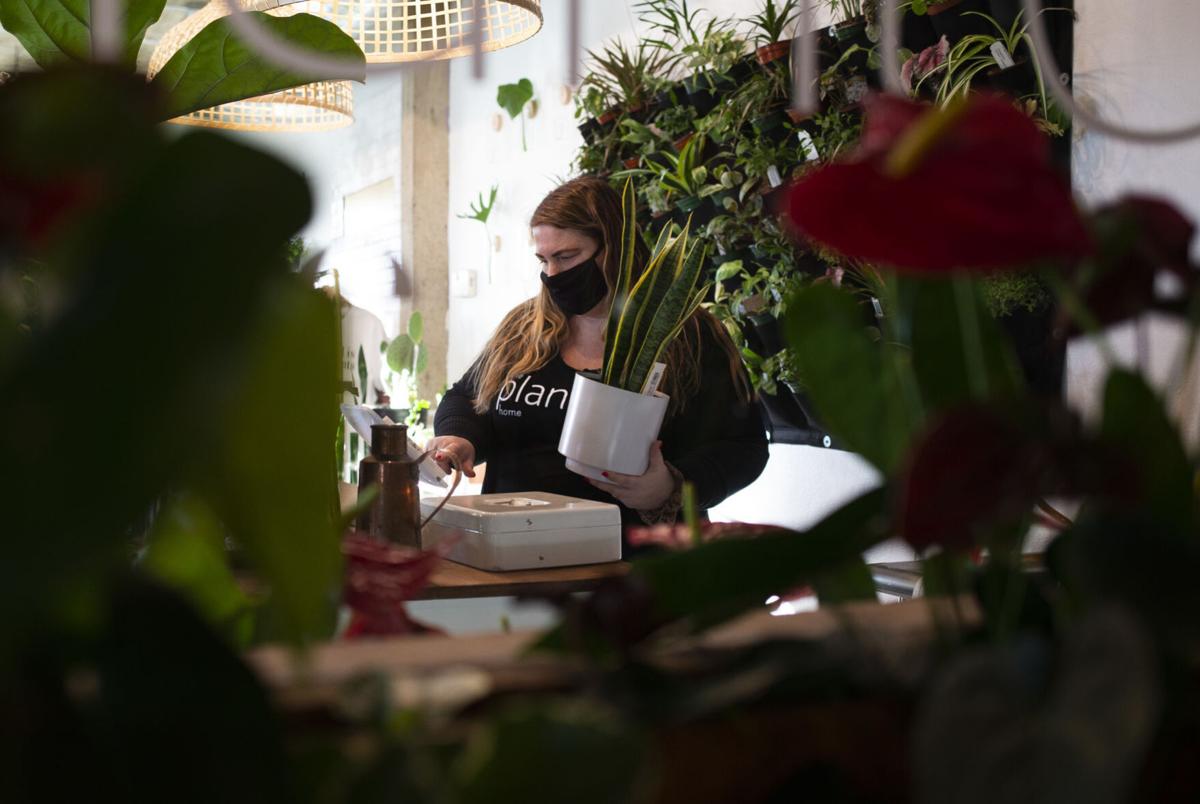 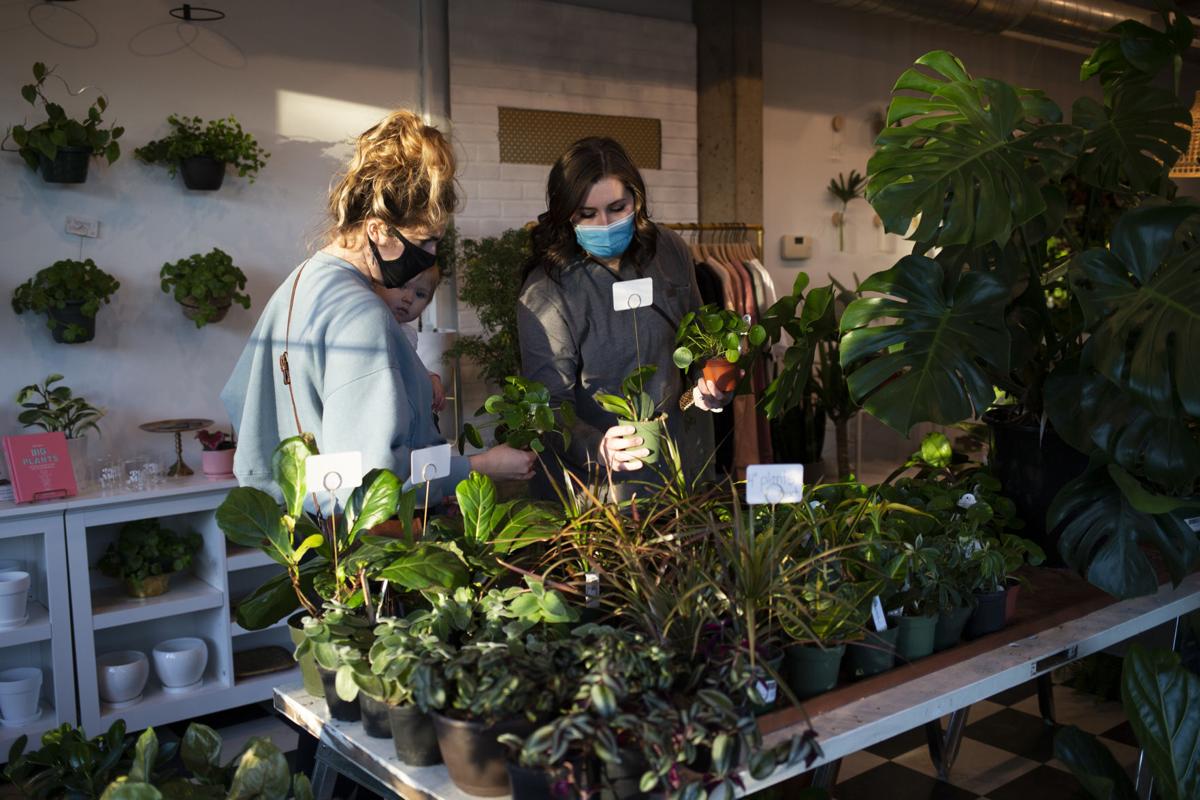 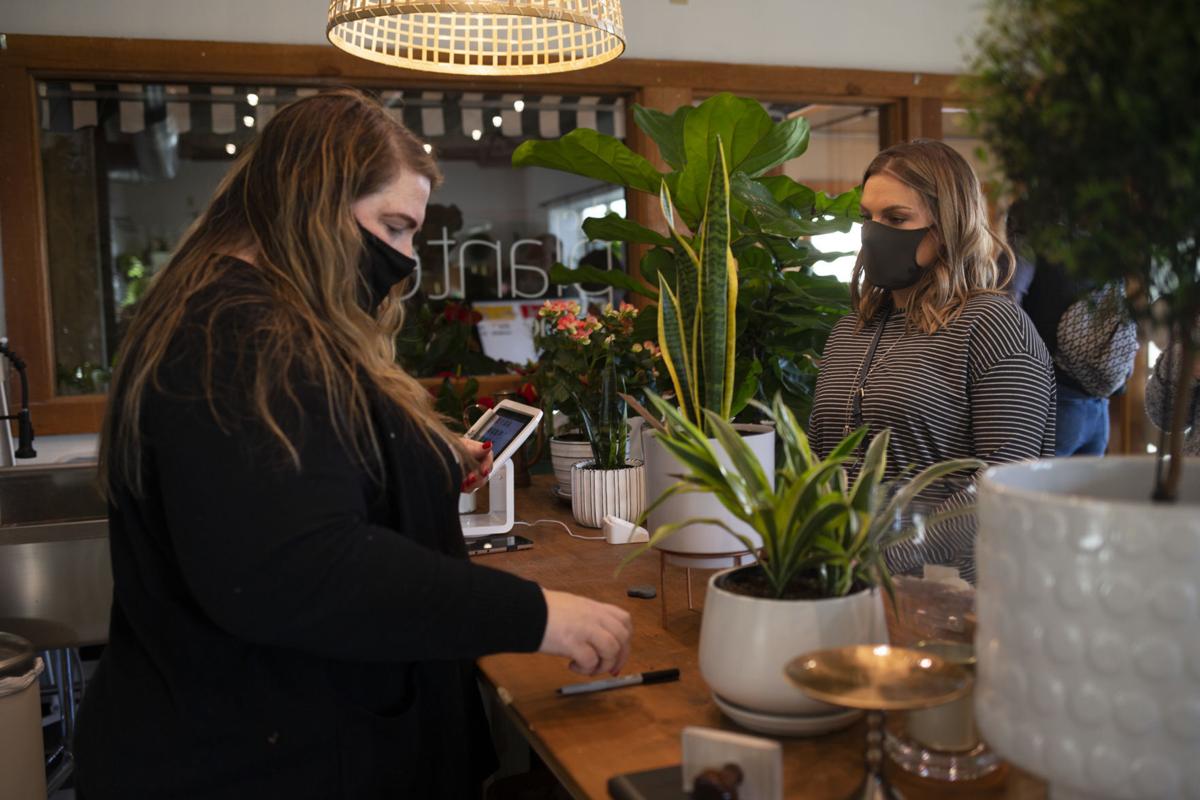 Amanda Schab carries a couple potted plants as she shops at The Planted Home on Friday, Feb. 26, 2021 in Yakima, Wash.

It was 4:15 p.m. last Friday, and there was just one person shopping inside The Planted Home, the houseplant and decor shop Timi Nugent opened last September in Yakima’s Glenwood Square shopping center.

I was there to talk to people for this story, a look at the benefits of houseplants and how the houseplant hobby has exploded during the pandemic. Nugent’s store, which is only open from 4-7 p.m. Fridays and 9 a.m.-2 p.m. Saturdays but which has created a huge buzz among local plant people, seemed like the perfect spot for that. My wife, a plant person who’s shopped at The Planted Home a few times, had warned me as I left home that it was always really busy.

“It’s going to be hard to interview people,” she said.

But when I arrived, things were pretty calm. I started to ask Nugent some questions. Then a couple more people came in. Then a couple more. And all of a sudden, the place was alive with people. It’s not a cavernous space, either, more a nicely curated boutique than a warehouse store, and it was quickly becoming too crowded and too loud for interviews.

The plant people had arrived. Do you know about the plant people? They live among us (like car people and horse people) and are generally indistinguishable from normal, non-plant people. The primary difference is that when they get anywhere near a store like The Planted Home, their heart rate increases and they begin to rush from plant to plant, saying things like, “Ooooh, I LOVE this one,” and, “I have the perfect vintage macrame hanger for this.” Then they buy between one and 70 plants. Then they come back the next week, because the plants they’ve bought are great but could really benefit from being surrounded by other plants.

These are the people Nugent’s store is for. You can tell because, in addition to the plants (and plant books and plant food and plant hangers and pots) she sells T-shirts that say, “All I need is more plants.” Plant people love those T-shirts.

Nugent, who taught kindergarten for 18 years in her previous life, opened The Planted Home because there aren’t any other shops in Yakima like it. There are nurseries, and there are shops that sell houseplants a couple of aisles down from, like, sporting goods or dog food. But there wasn’t a dedicated houseplant shop.

“People would go to Seattle or Portland, because we didn’t have one here,” she said.

Opening a business six months into a lockdown was a risk, but Nugent had done a couple of pop-up plant shops in advance and knew there was demand. A plant person herself, she also understood that plants could play a real role in helping people stay sane and comfortable during this COVID-19 pandemic. With people stuck at home more than ever before, the appearance and feel of “home” has become increasingly important.

That’s been the case for Duane and Karri Warner, a Yakima couple shopping at The Planted Home just as it was starting to really get crazy on Friday. (I got their number and called later to talk more; the scene was too hectic in the store.) They have visited the shop four or five times since it opened — maybe six or seven, if you count the times Karri has gone without Duane — and have doubled the number of plants in their home.

“It’s funny,” Duane Warner said. “I don’t think we’ve ever walked out of there with just one plant. You walk in, and she’s gotten a new shipment and you just go, ‘Well, it’s hard to decide on which one to get.’ So you end up with more than one.”

And so it is that the Warners have 15 or so plants over by the bay window in their TV room. That’s not the only place in the house with plants, either. Warner was talking by phone from his home office, where a pair of plants sat on the corner of his desk.

“You like to see some green,” he said. “It’s like you get a little bit of nature in your house.”

Houseplants were already a booming business prior to the pandemic, with annual sales increasing by 50% (to $1.7 billion) between 2016 and 2019, according to the National Gardening Association. And, anecdotally at least, that trend accelerated in 2020 as people like Stephanie Peterson began frequenting places like The Planted Home. Peterson, the lone shopper when I first showed up at the store, had always been into outdoor gardening. It has the tangible benefit of producing food. Spending time at home during the pandemic taught her to appreciate growing plants simply to enjoy them as plants, she said.

“It’s not just the plants,” Peterson said. “You have more time at home to look around and think about ways to decorate. It’s kind of weird, but I like the pots. The pots are great to decorate with, and the plants make the pots.”

Spoken like a burgeoning plant person. I know because I am one myself. That’s a realization I had while reporting this story. I’ve never bought a houseplant, but my wife has. We have, as of this writing, 31 plants in our living room and dining room. I don’t know what any of them are. I call them “that one with, like, the beads on the stems” and “that kind of fuzzy one” and, in the case of this really leafy one, “Leaf Erickson.” I hadn’t given them much thought before, but I realized recently that they’ve made being in this house (as I am for virtually all non-grocery-shopping hours of my life these days) immeasurably more pleasant than it would otherwise have been.

I don’t think I’m ready for the “All I need is more plants” T-shirt yet. But now I understand the sentiment.