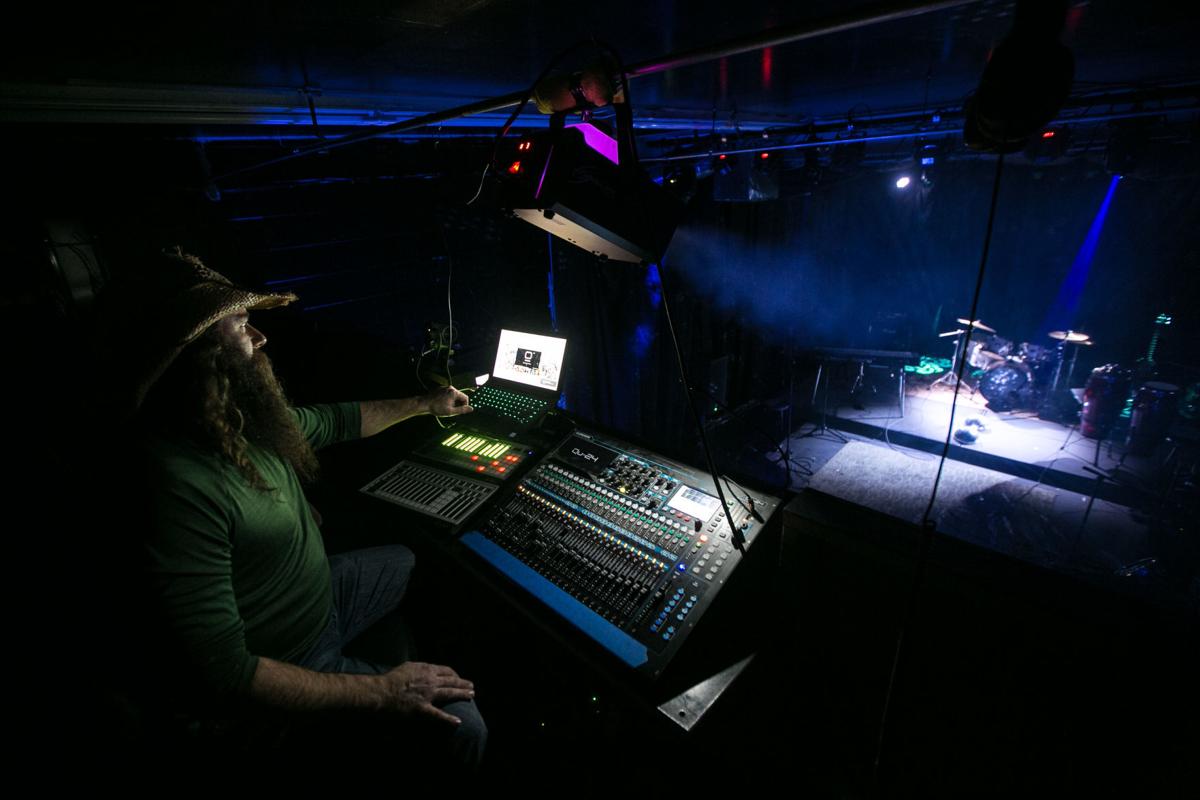 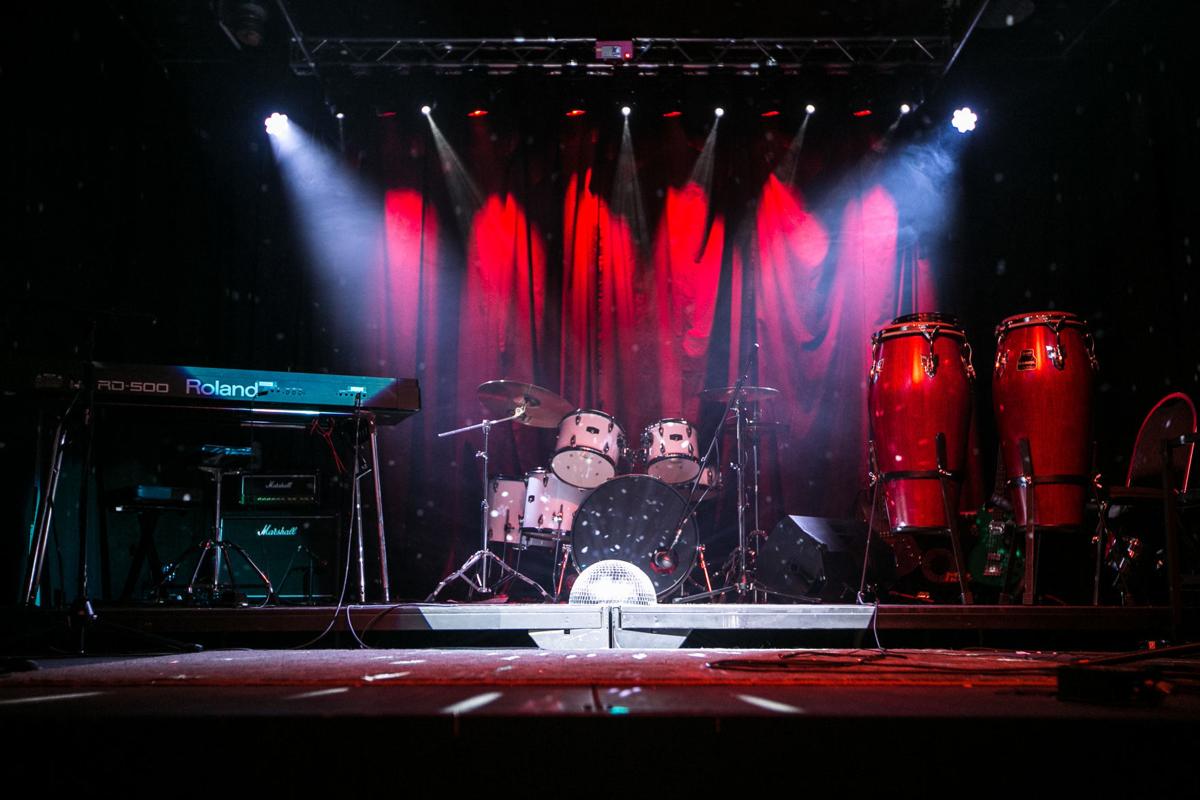 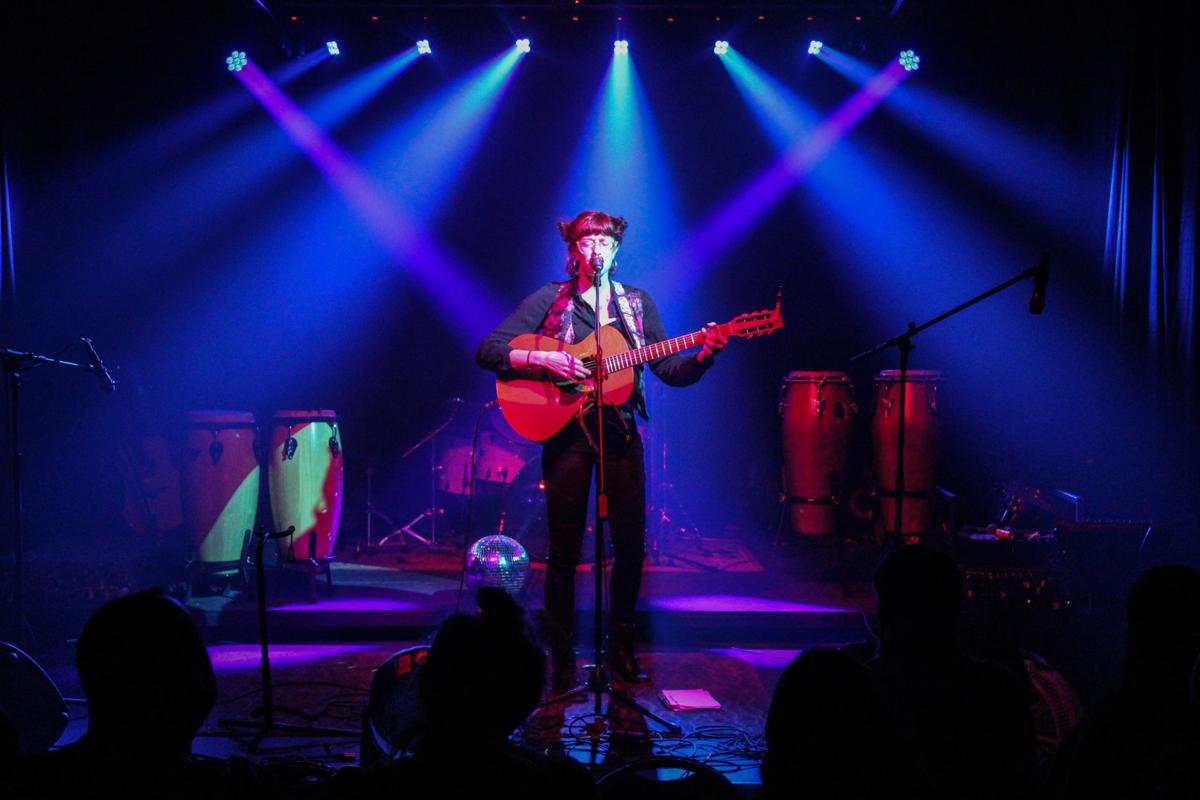 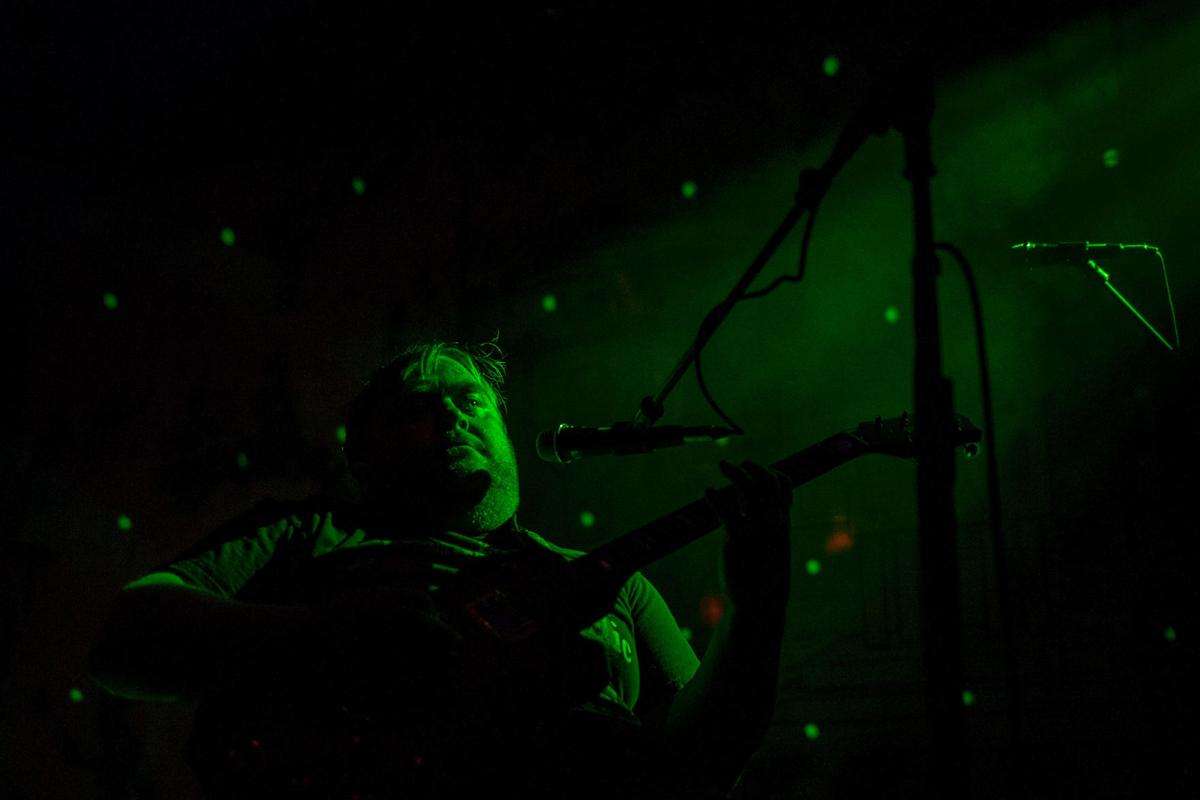 FILE—Erik Smestad plays guitar at the Save Erik’s Van concert on Aug. 24, 2019, at Bearded Monkey Cycling and Fitness in Yakima, Wash. The concert, headlined by Ellensburg band CobraHawk, was a fundraiser to fix Smestad’s van. 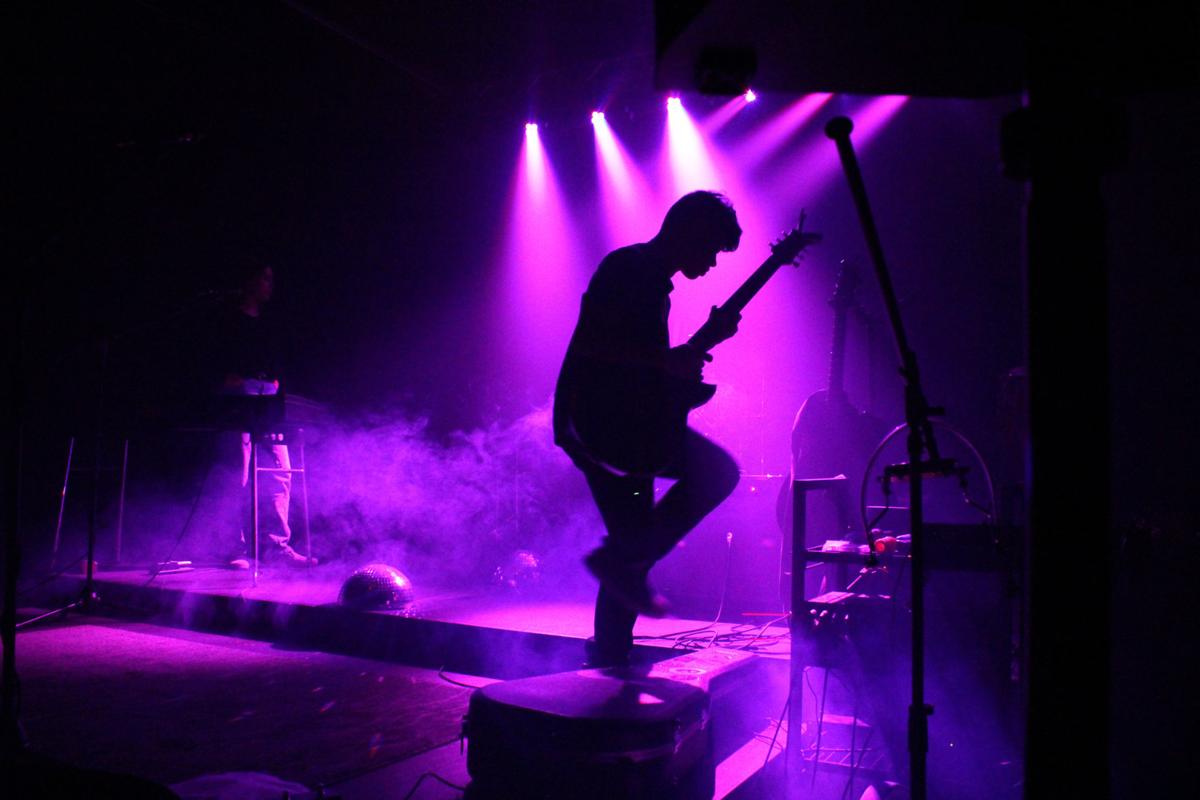 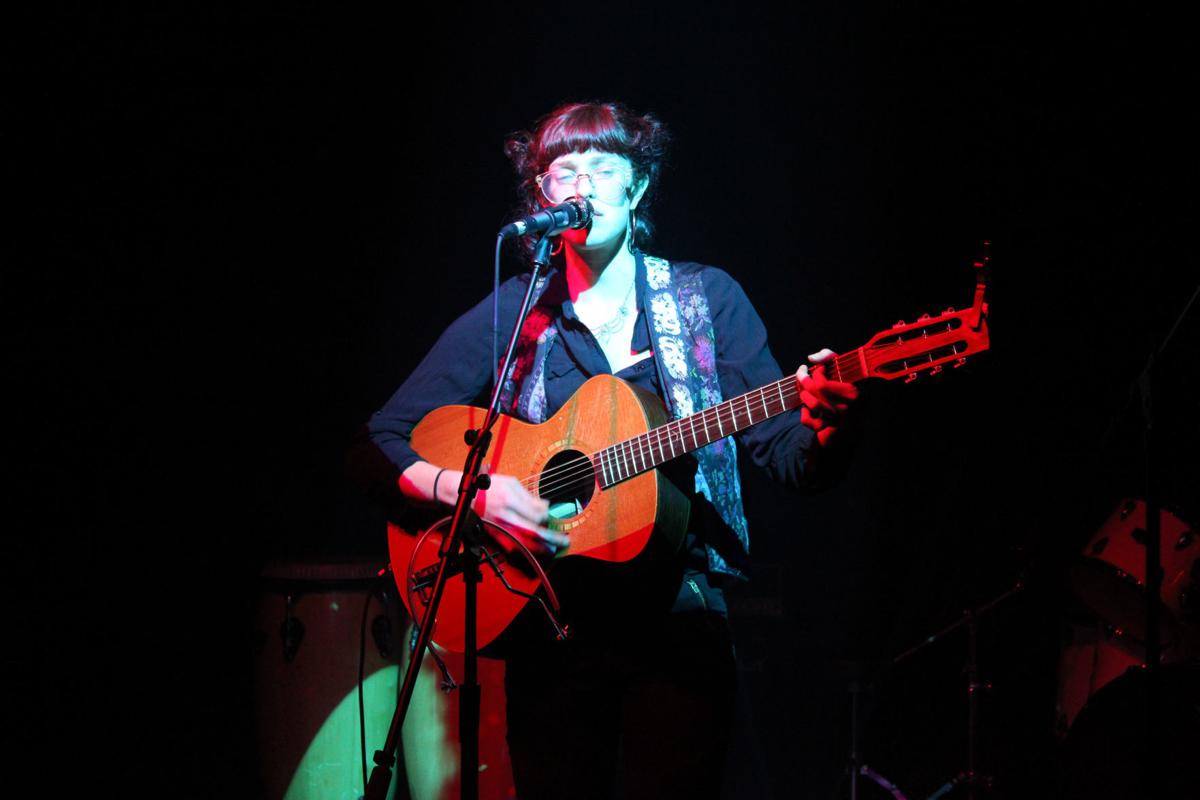 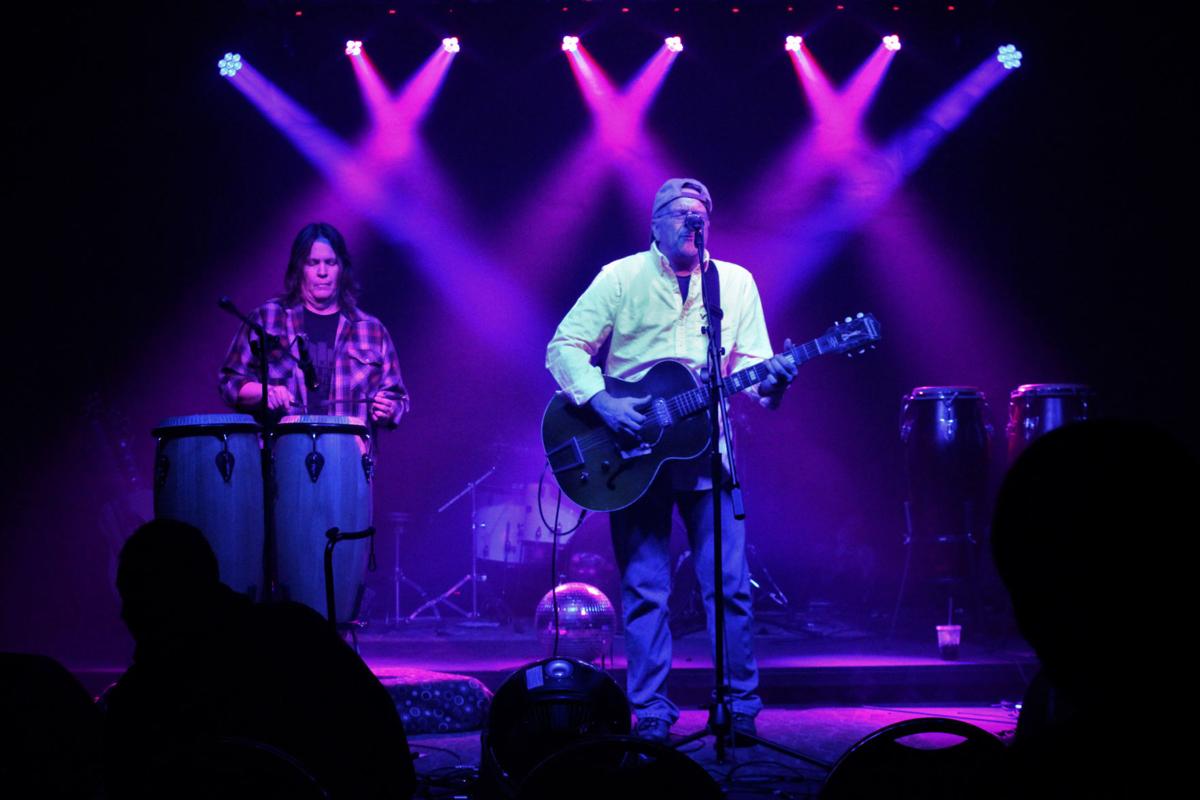 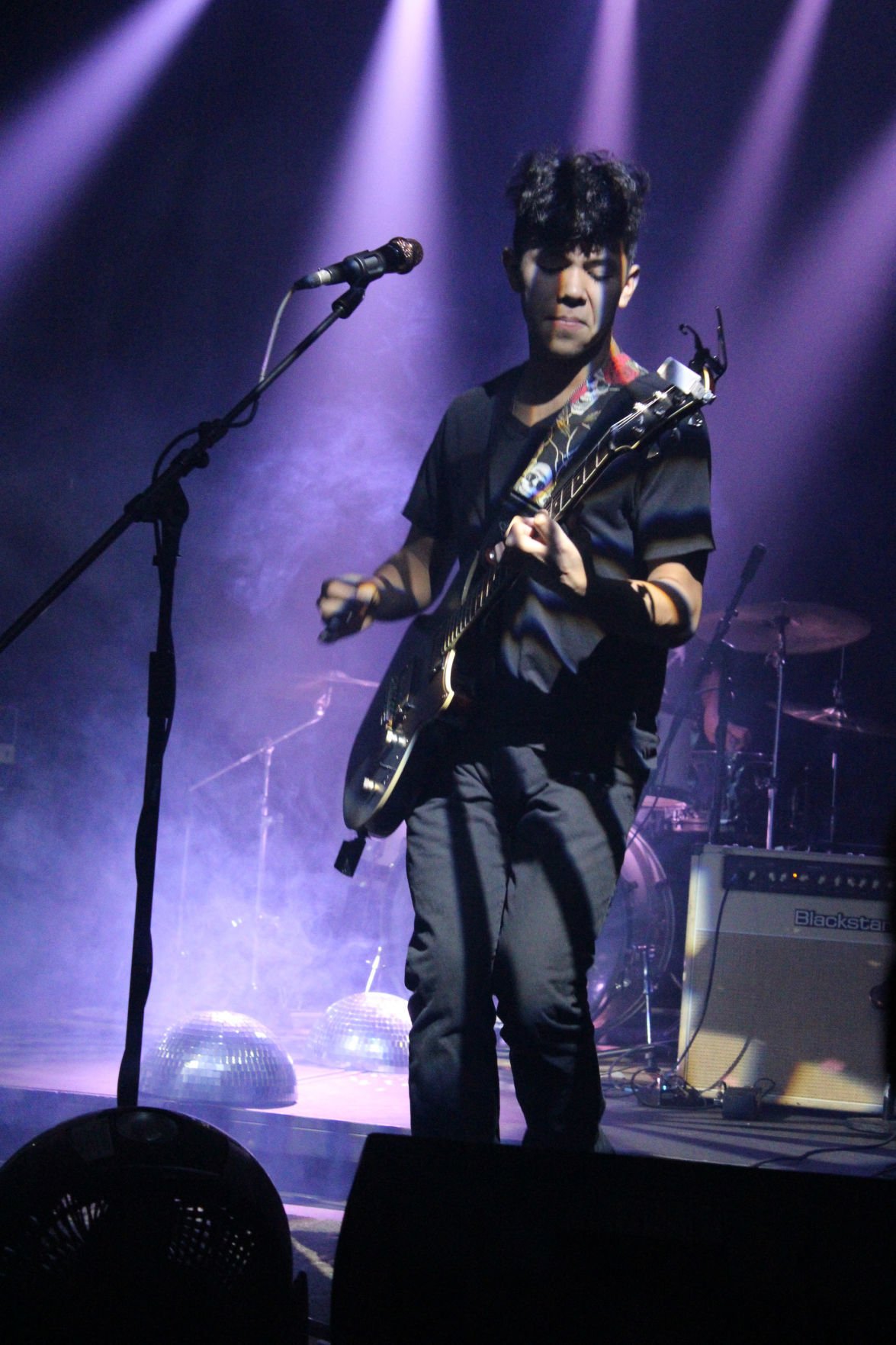 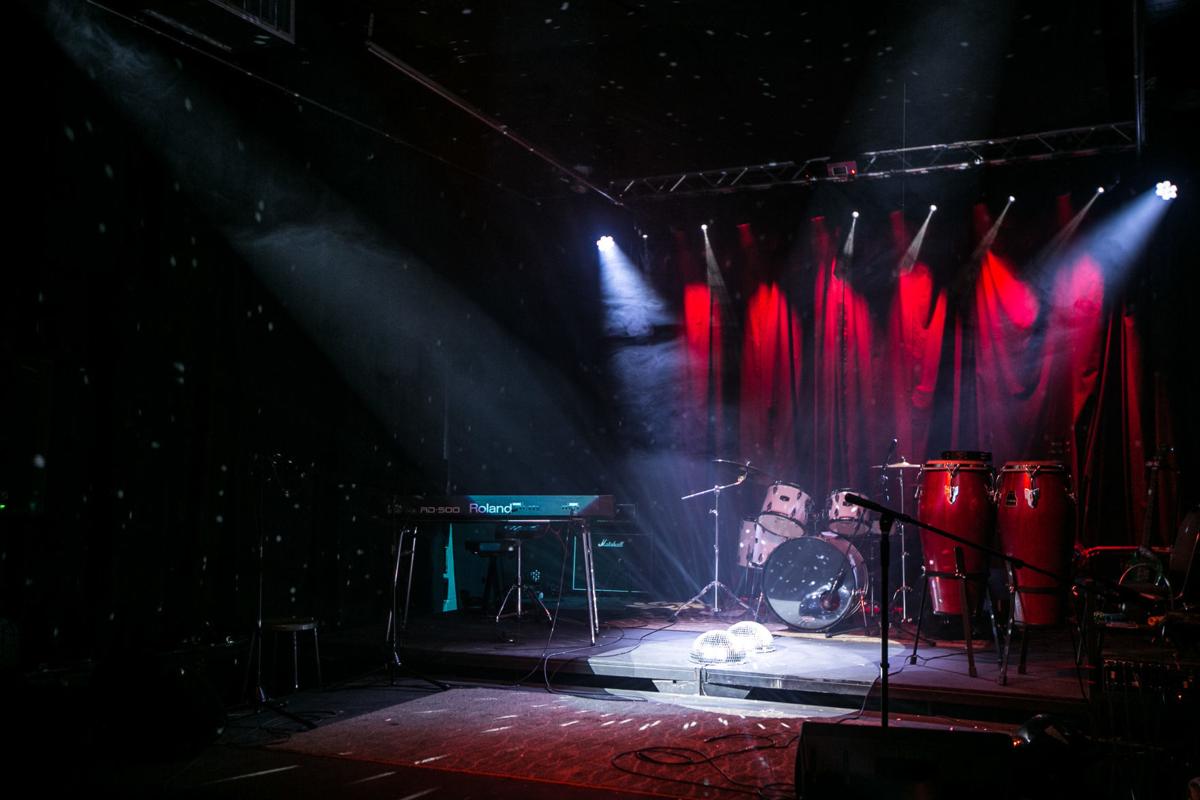 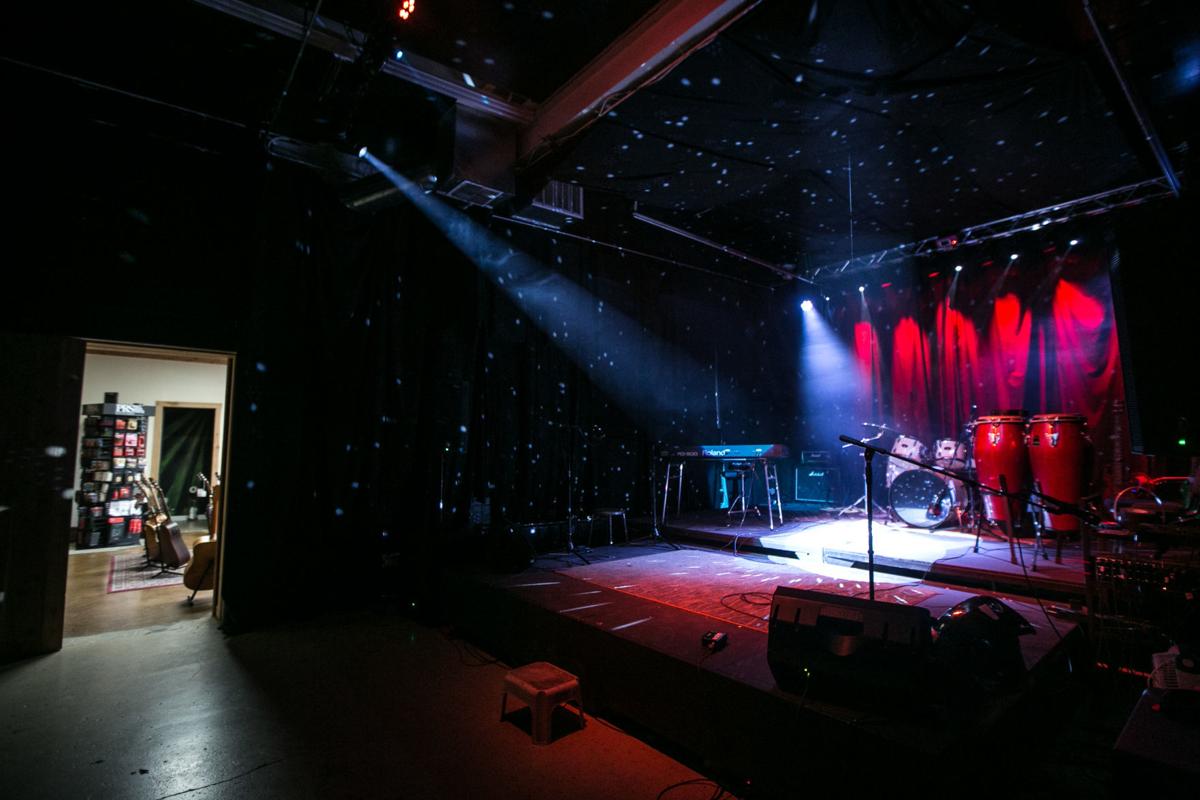 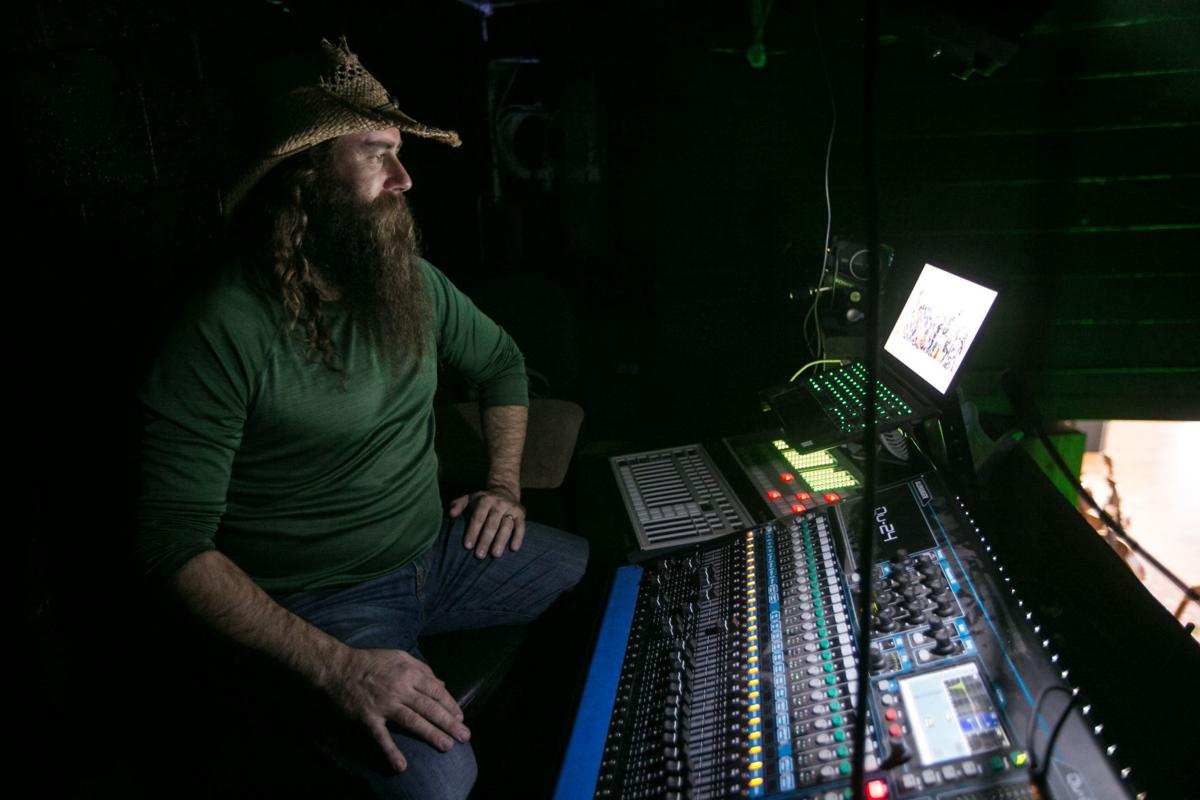 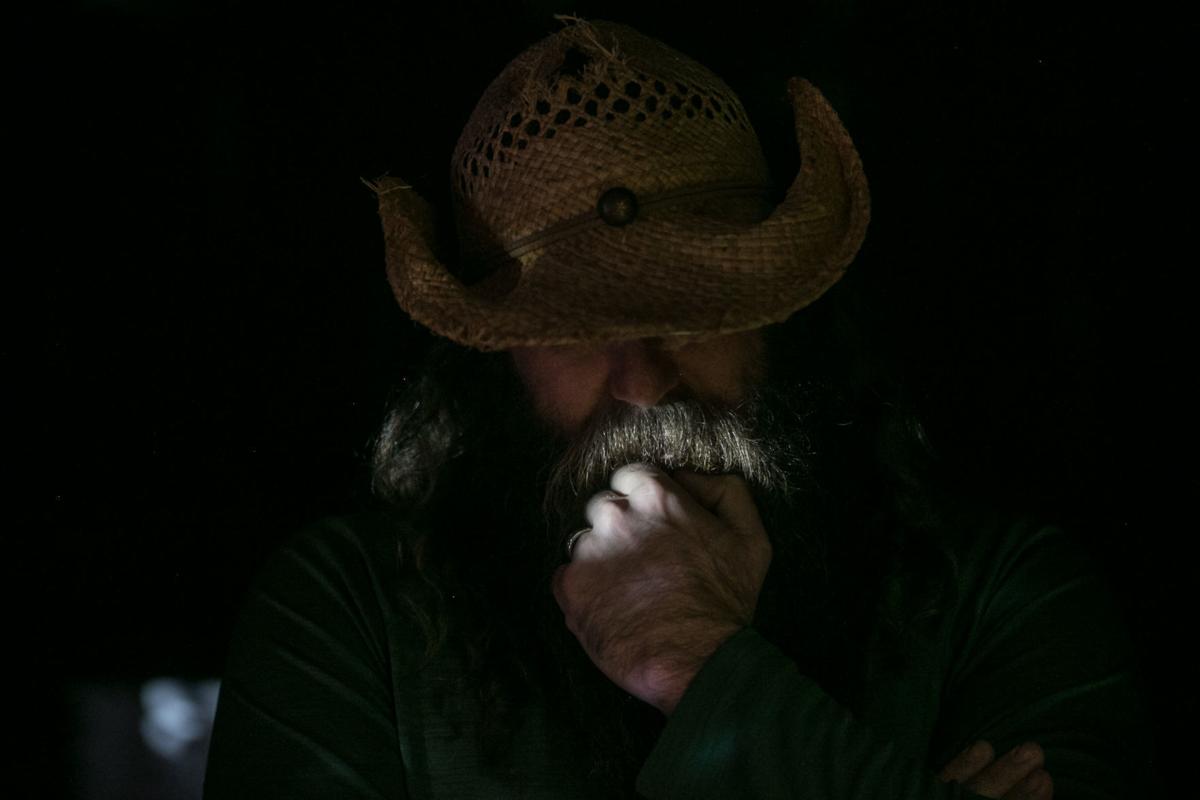 FILE—Erik Smestad plays guitar at the Save Erik’s Van concert on Aug. 24, 2019, at Bearded Monkey Cycling and Fitness in Yakima, Wash. The concert, headlined by Ellensburg band CobraHawk, was a fundraiser to fix Smestad’s van.

So they’re doing all-ages concerts at the local bike shop now, which is the kind of thing that good, community-minded bike shops (or art-supply stores or vintage clothing boutiques or whatever) sometimes do. Right?

They probably just clear out a corner of the shop, borrow a microphone from someone, mark off a “stage” area with masking tape, and bing-bang-boom instant concert venue. Right?

Eh, that’s not the sort of thing Lance Reese does. Reese, who bought Valley Cycling in 2014 and steadily remade it into a serious, lifestyle-focused bike shop, is an all-in kind of guy. He totally revamped Valley Cycle, renaming it Bearded Monkey and pushing it to be one of Central Washington’s premier bike shops.

It wasn’t Reese’s first experience taking a big risk. Back when Reese, now 42, was just out of high school, he moved from Iowa to the Northwest “and spent a summer Dharma Bumming it up and down the Oregon coast and hitting the dunes in Florence and camping on the coast” before settling in Yakima. He had always been a mountain biker, so when his wife, Cheryl, saw an add that Valley Cycling was looking for a manager, she encouraged him to apply.

“It was pretty clear that the people who owned it were on their way out, or needed to be, so I worked out a deal to come on and then buy the place,” he said.

Once he had remade the place in his image, he started hosting events there. Beardfest came first, in 2016, and by 2017 Reese had added live music to the event. A live music lover his whole life, he saw an opportunity to host more events. By spring 2018, Bearded Monkey was hosting Steve Kilbey and Amanda Kramer, actual touring musicians with actual records. Things continued in that vein for the next year and a half, with Reese and the Bearded Monkey crew setting up a stage outdoors in the parking lot or moving things aside indoors to accommodate concerts, including a popular local songwriters series.

For Reese, who has a musical background but was never really in bands, hosting shows was a kick. He got to know musicians and watch them work, and he really enjoyed that. So when local band Pastel Motel needed a new practice space, he offered a back room at Bearded Monkey that he and his son, Jackson, used as a jam space.

He was already thinking about shifting that part of the store from selling fitness equipment to selling musical instruments, so having a band practice there made sense. But he didn’t know at the time that the room would become the permanent Bearded Monkey Music venue. That happened by accident. One Sunday, looking to get some practice of his own, running lights for shows, he set up his lighting facing the band in the practice space.

“When I did, it was like, ‘This could work,’” Reese said. “So the next time they were in, I was like, ‘So what do you guys think? It’s smaller capacity here. It’s very intimate. The stage takes up as much space as the audience. Would you rather play to a bigger crowd upstairs in the bike shop?’ And they said, ‘No, we want to play here just like this.’ So this became the spot.”

What they stumbled into is, indeed, a small room. It seats 40 and can fit about 60 total, Reese said. But it’s also very much a real venue, not just some stage in the corner. It’s equipped with professional-grade lighting and sound equipment, and it’s got a natural intimacy that puts the focus directly on the performers. This isn’t some bar with a band in the background.

“If you asked me a year ago, I’d say it’s a huge detriment not to have a liquor license,” Reese said. “I as a concertgoer would like to have a drink. That’s definitely part of the experience for me. But we’ve found, as we’ve done this, how important it is to not have that and to have it available as an all-ages show. We’ve had young bands be able to come and perform and their friends be able to come and see them perform. Those are very important things.”

He knows it’s not going to make any money. But that’s OK. The bike shop and the new musical instrument business are doing well. The music venue is more of a community-minded venture than a money-making one.

“I saw this with cycling, and you see it with the music scene; there’s an ebb and a flow to it,” he said. “There’s these upswings where you see growth and then there’s declines. And it feels like we definitely are on one of those upswings right now.”