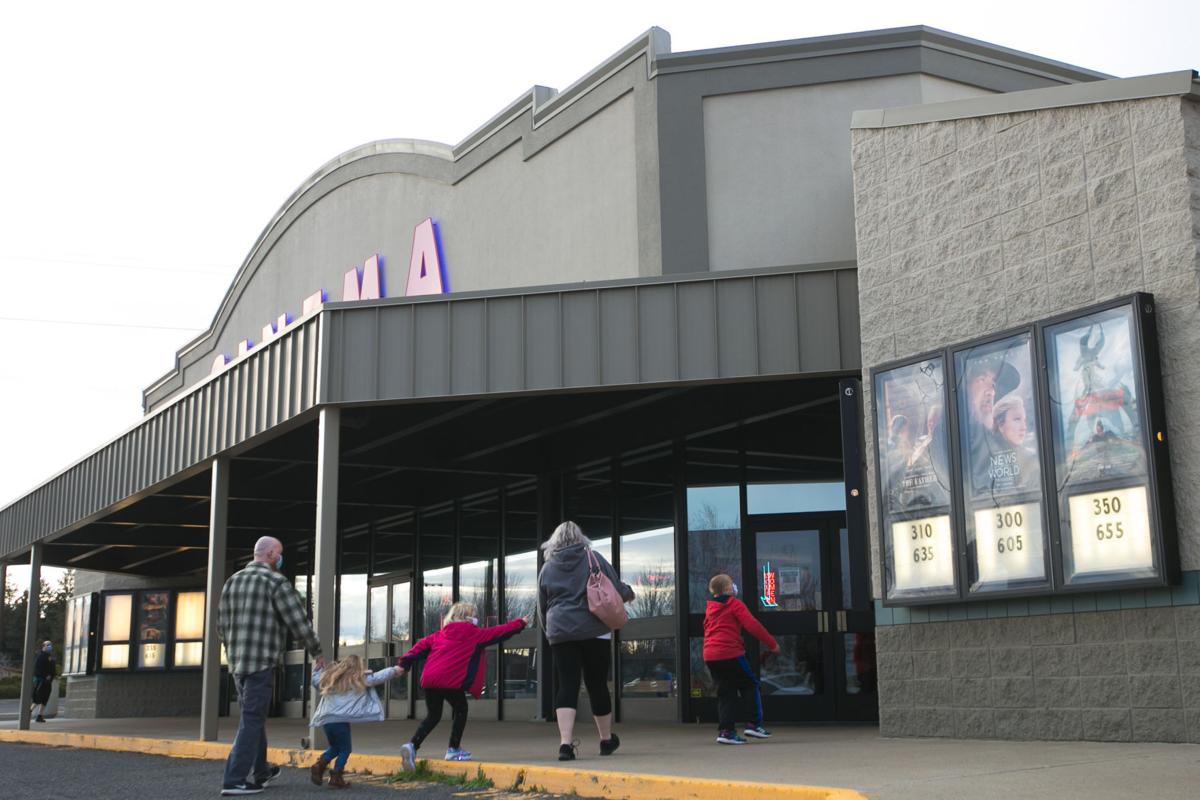 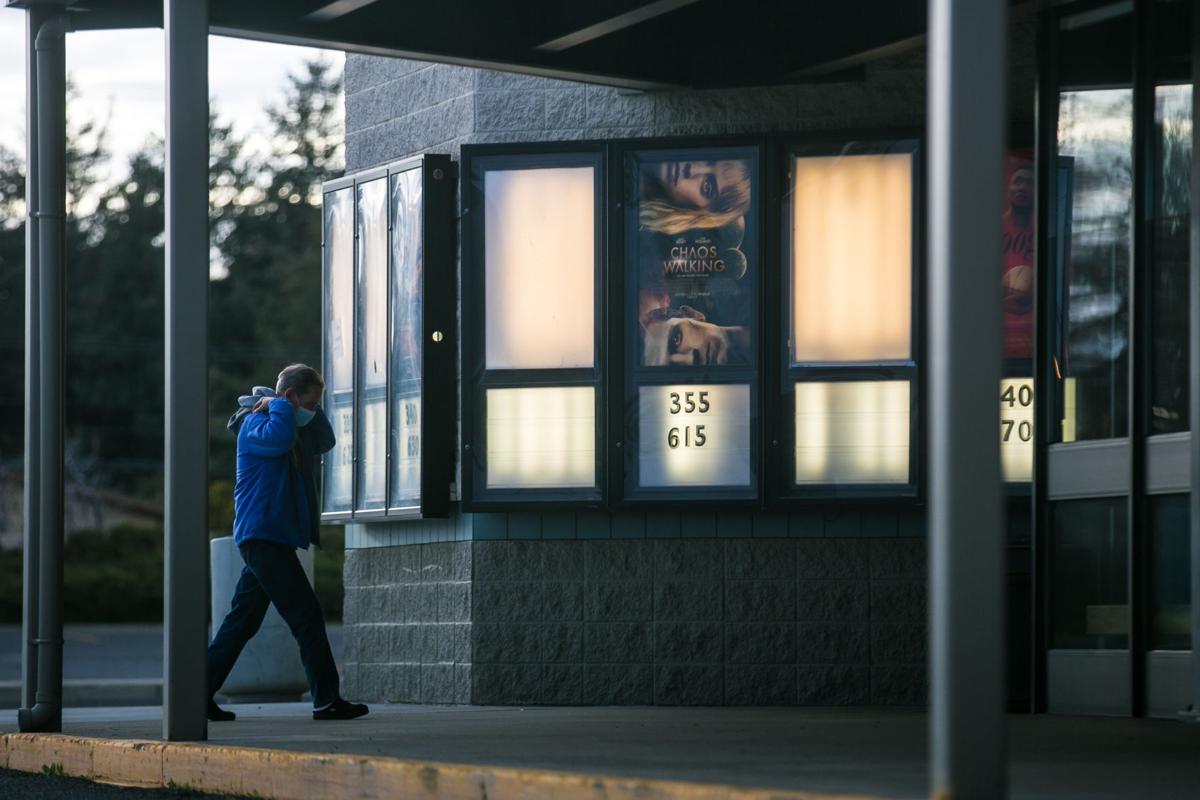 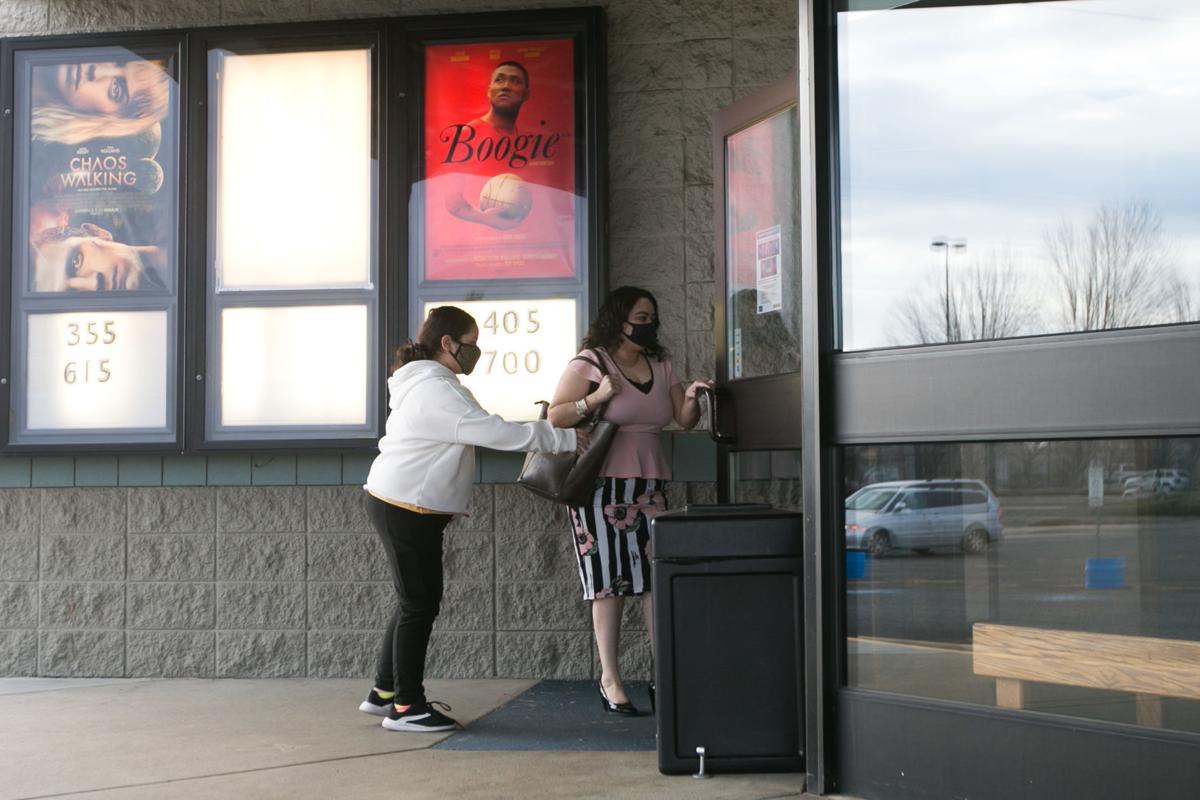 That feeling when you’ve made it through the trailers and the audience chatter abruptly stops and the only thing between you and the movie you’ve been waiting months to see is one more moment, and you can feel the whole room holding its collective breath — haven’t you missed that?

The past few decades have seen a steady decline in collective experience. We don’t gather for events the way we once did. But blockbuster movies are an exception, holding their place as one of the things we’d still rather be surrounded by a large group of strangers for. That, of course, posed a problem once the pandemic hit; big indoor rooms full of people are exactly the things public health experts told us to avoid.

So movie theaters were shut down. And unlike restaurants and gyms, which fill more tangibly essential needs of food and fitness, they’ve mostly stayed closed. In Yakima County, they were allowed to open for a couple of weeks last fall before spiking COVID numbers shut them down again.

“It’s been a long, long year,” said Jeff Clemmons, general manager of Yakima Theatres, the company that owns all three multiplexes in Yakima and Union Gap.

Only in February did theaters here get the go-ahead to reopen - and only at 25% capacity. Now, with vaccinations on the rise and new COVID cases on the wane, things are starting to look up for both moviegoers and theater owners, something Clemmons believes the local moviegoing populace is ready for. There have been a few sold-out screenings at 25%, he said.

“It’s nice to have people back,” Clemmons said. “And they ARE coming back, too. Every weekend gets a little busier.”

It’s a stark contrast from the dystopian-future aesthetic of cavernous multiplex buildings sitting empty over the past year.

“I’d take my dog down there and let him run around while I checked the exit doors,” Clemmons said.

Those buildings, of course, still had to be maintained. The property taxes on them were still due. The debt accrued during their renovations still had to be paid down. And the two shutdowns — first at the pandemic onset last March and again after the short-lived restart in the fall — meant Yakima Theatres got stuck with a bunch of perishable concessions. (It sent seven pallets of about-to-expire candy to the Salvation Army in December.)

“That’s a lot of money out the door,” Clemmons said.

So moving to 50% capacity, while not an instant fix, is at least a sign of hope, he said. By the end of spring, studios will have released more new films, capacity restrictions may be further lifted and Yakima Theatres will have added additional screenings. (Right now they’re doing two per day on most screens; normally they’d do four.) Also, more people will have been vaccinated, meaning more people will feel comfortable going to the movies.

“It’s just more of a relief that they can have that escape again,” Clemmons said. “We’ve always been an escape for people, and that escape hasn’t been there. So the people I see coming in here are just happy.”

“The atmosphere has been good,” he said. “People are more upbeat and hopeful, I think, than the two weeks we were open in October and November. I think people feel more comfortable now, too.”

The question of safety at movie theaters during the COVID pandemic is as simple as “they’re indoors and they have a lot of people, so they’re bad.” Back in June, UC Davis infectious disease expert Natascha Tuznik weighed in via a university news release, saying that if masks are worn, theaters can be relatively safe.

“Remember, ‘less risk’ doesn’t mean ‘no risk,’” she said. “But it is less risky than places like gyms, where people are breathing heavily and sweating, or bars where people can get too close or talk loudly and expel more of the virus, even with masking requirements.”

That is, of course, if measures such as social distancing are maintained. Also, she advised against eating and drinking while at the theater, because it means removing your mask.

“I know popcorn is part of the fun of going to the movies, but it adds to your risk,” Tuznik said.

Now, though, with more of the crowd fully vaccinated, people are getting more comfortable with the whole movie theater experience — popcorn included, Clemmons said. That’s part of the magic of seeing movies at the theater. That’s why people are coming back, and it’s why streaming services (important as they’ve become during the pandemic) will never take the place of cinemas.