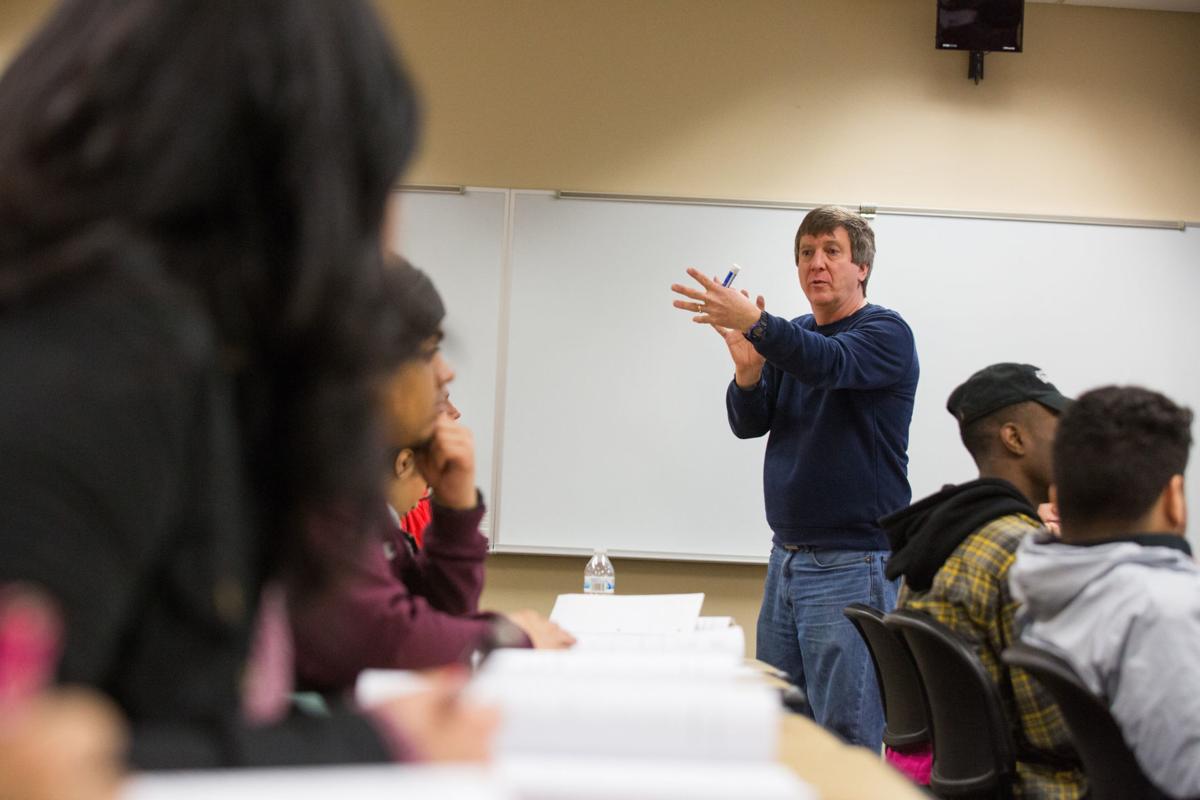 Ben Mayo, a professor at Yakima Valley College, teaches math to students on Jan. 3, 2018. Mayo has written two math textbooks that he uses in class in addition to his wordplay books. 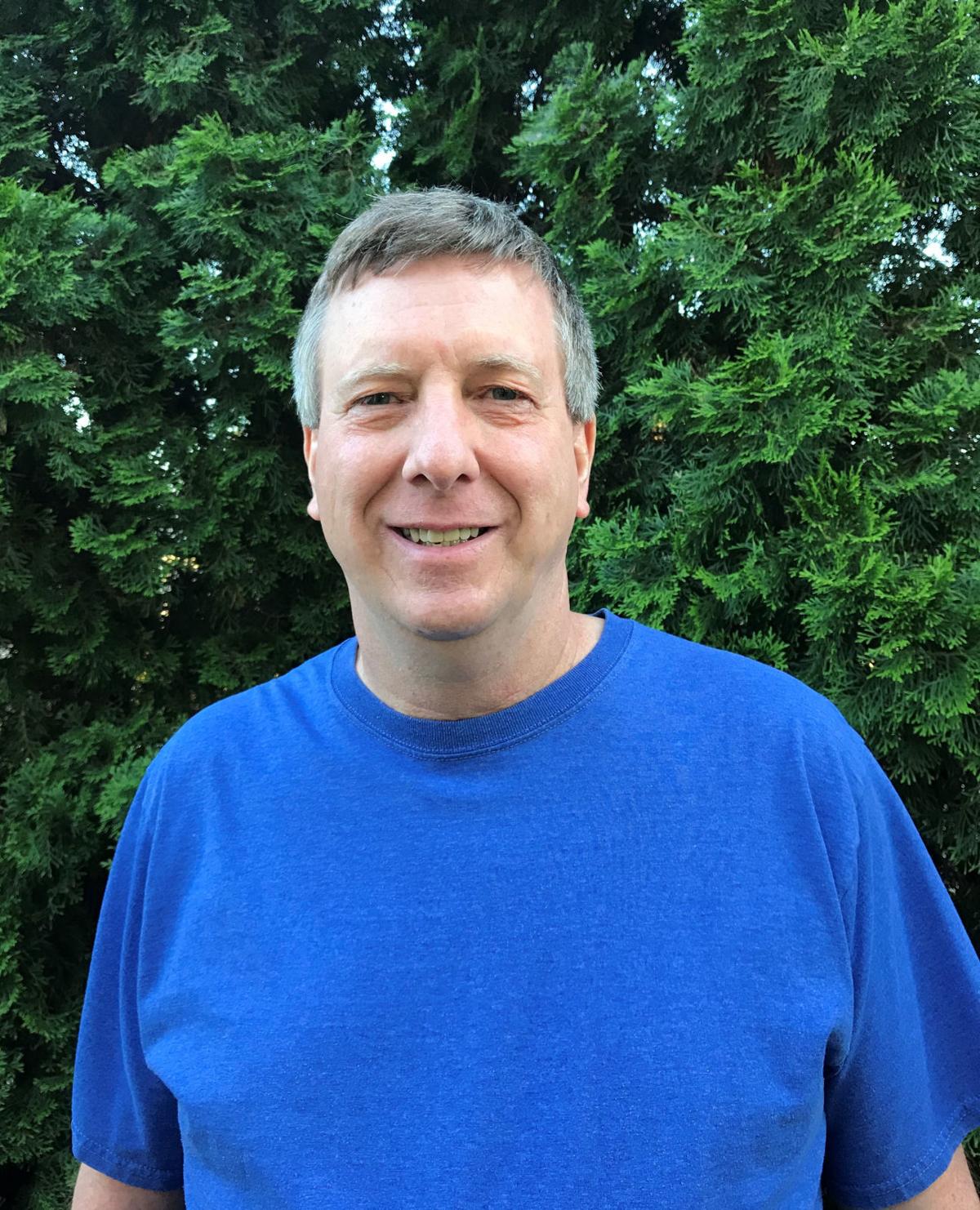 The math professor who likes to play with words as much as he enjoys working with numbers has two new books and a board game out.

Yakima Valley College instructor Ben Mayo will sign copies of Volumes 5 and 6 of “What’s the Difference Between ...? Yet Another Collection of Twisted Phrases Leading to Bad Puns” from 1-4 p.m. Saturday at Encore Books, 415 W. Walnut St. in Yakima.

“It’s been great fun doing book signings at local bookstores. Each time I’ve gotten reacquainted with old friends or made some new friends,” Mayo said in an email. “I’ve really appreciated friends and family members who have come out to support my efforts.”

Mayo will also sign sets of his new board game, “What’s The Difference Between…?” with the tag line, “A Game of Pun Fun For Everyone.” It’s based on the first three volumes of his books and can be played by individuals or teams.

The game contains 300 cards, each of which has a question on one side and answers on the other. The questions are in the form of “What’s the difference between … and …?” while the answers are in the form “One is … and the other is …”

It’s a first for Mayo, who wanted to have it ready for this Christmas. Like the books, its aim is to make players laugh, roll their eyes or at least groan out loud.

His ideas for puns come from words or expressions he comes across in everyday conversation. “It’s amazing to me how many words there are in the English language that have more than one meaning, and how many words there are with different spellings but that sound the same,” he said. “For instance, the wind blew, he blew his chances, the sky is blue, and I feel blue.”

A math professor at the college for 30 years, Mayo has also written two math textbooks he uses in class. He has published his books of about 100 word-play puns every several months.

“It takes me about six months to write each book. I have a network of friends and family members whom I send my Q’s and A’s to for critiquing,” he said. “Sometimes I have to rewrite them several times, and sometimes they end up on the cutting floor. I’ve already started Volume 7.”

A few examples from his two latest volumes:

• What’s the difference between a small garden of plants related to an onion and repairing a hole in an inner tube? One is a leek patch and the other is to patch a leak.

• What’s the difference between a military position below a captain and a renter of a British bathroom? One is a lieutenant and the other is a tenant of a loo.

• What’s the difference between a new kind of bellybutton and a fictional book about military operations at sea? One is a novel navel and the other is a naval novel.

• What’s the difference between Alvin’s brothers and a friar’s potato slice cooked in vegetable oil? One is chipmunks and the other is a monk’s chip.

• What’s the difference between the location where someone lives and a commercial for a gown? One is an address and the other is a dress ad.

• What’s the difference between a temporary stop and Dad’s underwear? One is a brief pause and the other is Pa’s briefs.